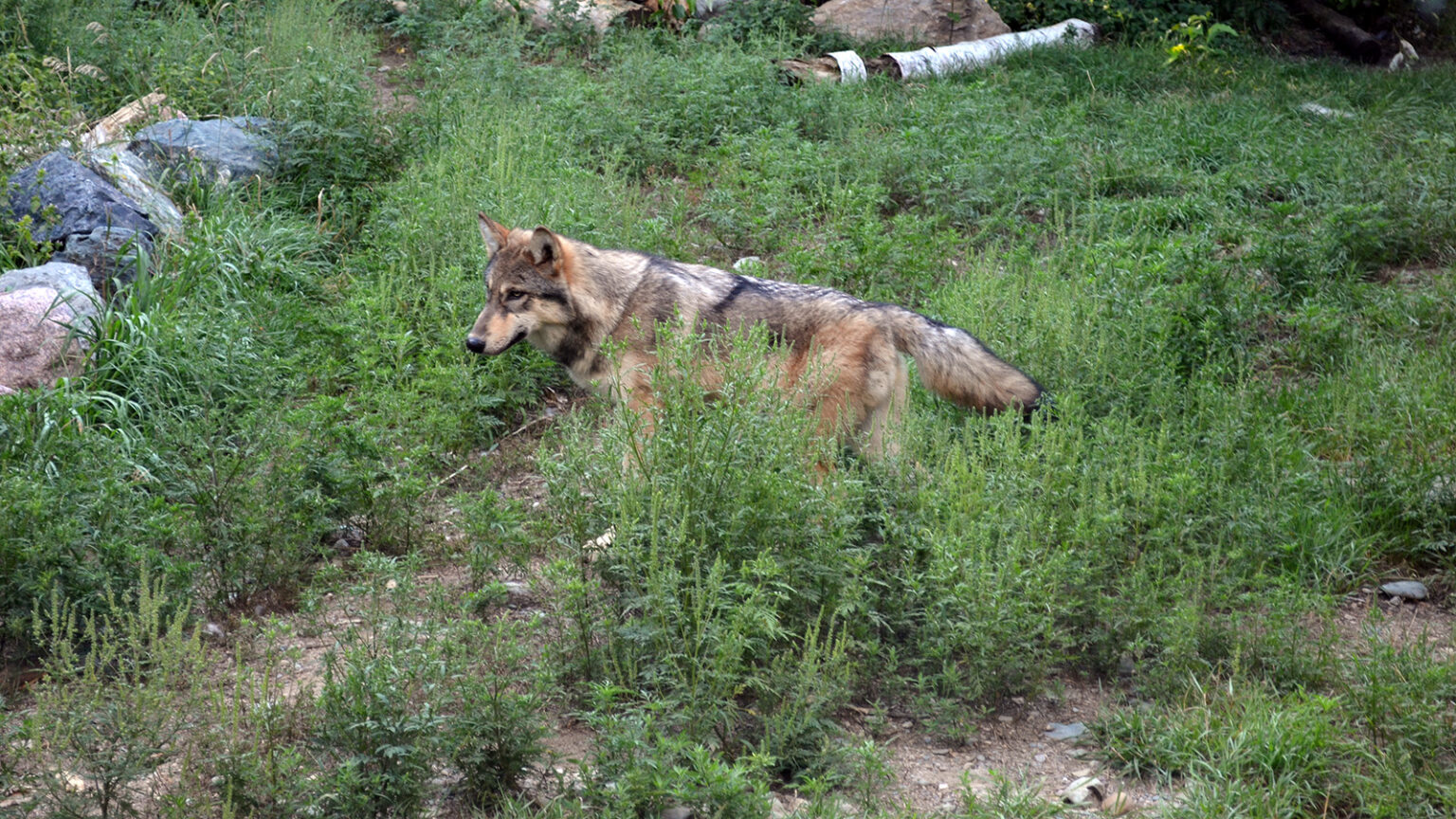 An unprecedented late-season wolf hunt in Wisconsin concluded with more than 200 wolves killed in late February. Another consequence of the hunt, at least in its immediate aftermath, may be the trust of Ojibwe communities in the state's responsibilities to consult with tribal governments over managing wildlife and other natural resources.

At issue is how the rush to pull off a court-ordered wolf hunt in adherence with state law may have led the Wisconsin Department of Natural Resources to trample the spirit of long-held and hard-fought tribal treaty rights in ceded territory overlapping large swaths of northern Wisconsin. Those treaty rights require the state of Wisconsin to consult with Ojibwe tribal governments in the co-management of natural resources within the territory.

Since federal courts reaffirmed Ojibwe treaty rights in the 1980s, co-management between the state and tribal governments has typically meant developing the parameters of hunts — including harvest quotas — in collaboration between the DNR and the Great Lakes Indian Fish & Wildlife Commission, known as GLIFWC. This organization represents 11 tribes across the entirety of the Ojibwe nation's ceded territory in northern Minnesota, northern Wisconsin and the Upper Peninsula of Michigan. 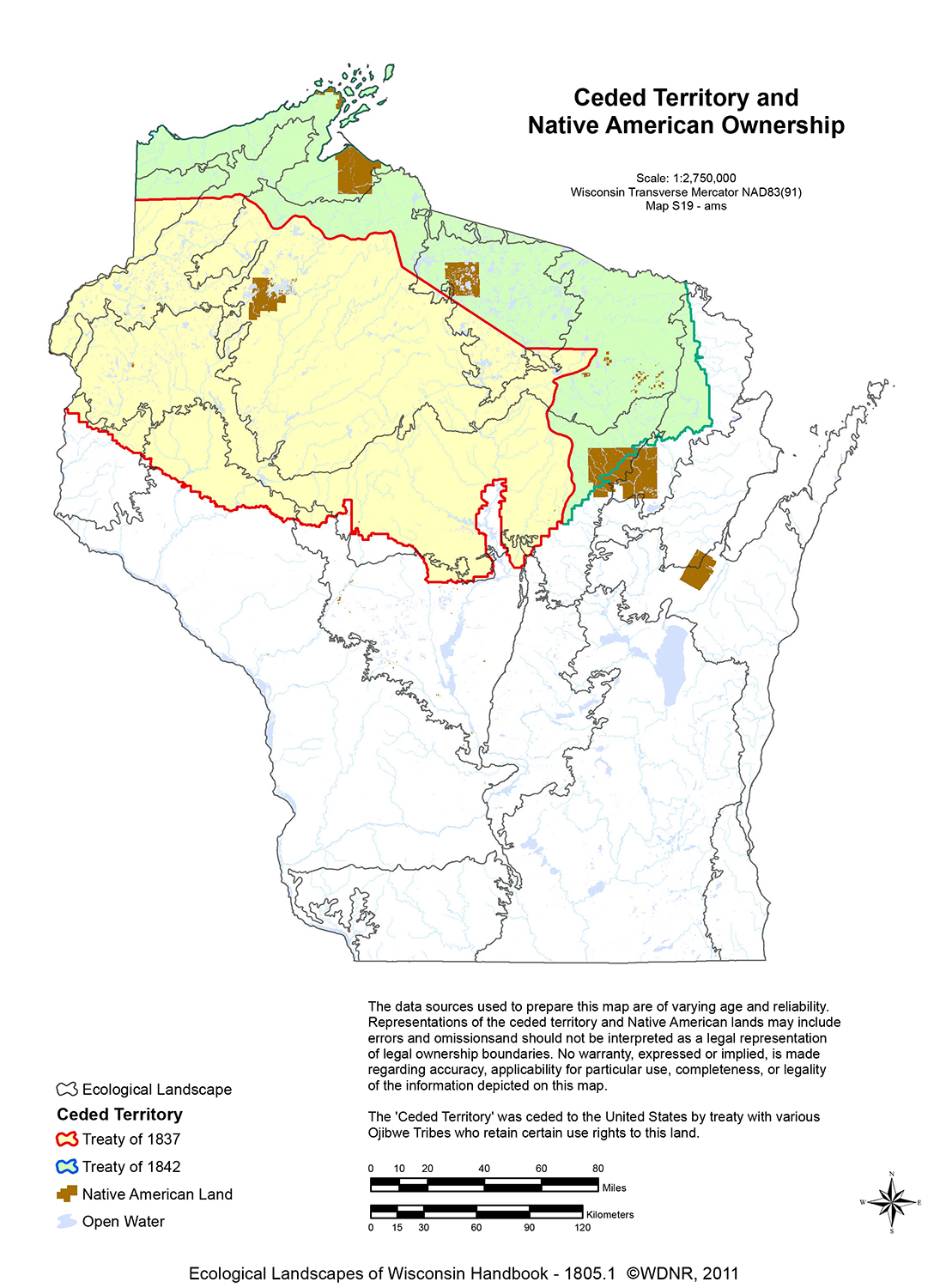 GLIFWC members contend that, in its haste to plan a wolf hunt in February, the DNR all but excluded Ojibwe voices in setting the regulations for the season, including harvest quotas.

"It's an extreme disappointment on many levels," said GLIFWC public information officer Dylan Jennings about the lead-up to the February 2021 hunt. "I think it really full-on demonstrated the lack of respect and the lack of commitment to co-management on the state's part."

The wolf hunt lasted only a couple days, as state-licensed hunters and trappers quickly met and surpassed by a significant degree their harvest quota of 119 wolves set by the DNR. The brief hunt was the first regulated wolf season in Wisconsin since 2014, and was held after the Trump administration delisted gray wolves in the contiguous United States from the Endangered Species Act. Protections for Wisconsin's wolves under the federal law lapsed in January.

Weeks later, a Kansas-based hunting organization sued the DNR contending the state was obligated to organize a wolf hunt before March under a state law mandating a harvest between November and February every year wolves aren't subject to federal protections. The DNR fought the lawsuit, saying it required more time to develop science-informed season regulations it was planning for late 2021.

In early February a Jefferson County Circuit Court judge sided with the hunters and ordered a hunt to be held before the end of the month.

The court order set the DNR scrambling to plan a statewide hunt in a matter of days.

One of the most consequential decisions to make was setting a harvest quota. It was also among the trickiest decisions for the agency's wildlife scientists, in part because a wolf hunt had never been held in Wisconsin so late in the winter, overlapping with the breeding season of gray wolves. Due to complex social and reproductive behaviors of the species, holding a wolf hunt in the midst of their breeding season introduced a large degree of uncertainty about how the harvest would affect wolf populations in the years to come. 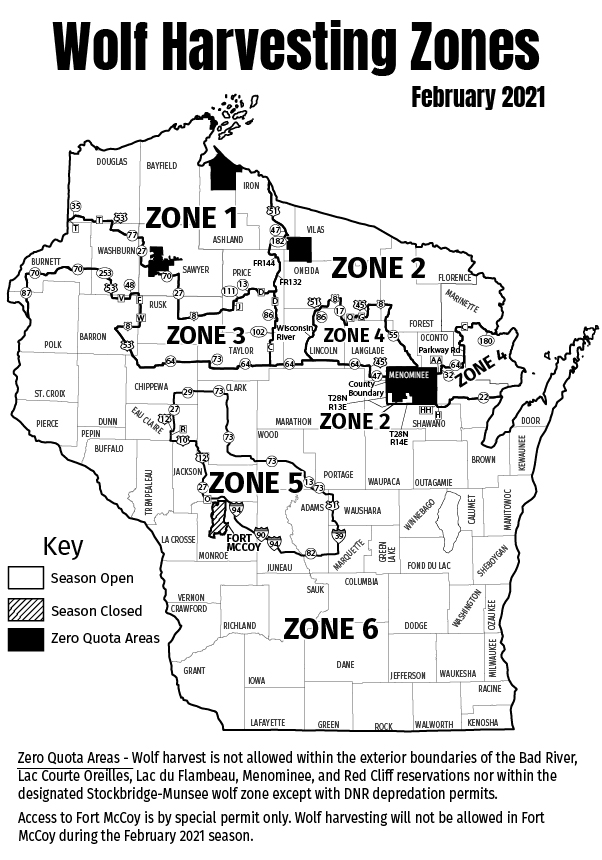 Still, the DNR had to come up with a target number, and on Feb. 19 the agency held a virtual meeting with its scientists to develop harvest quotas. This meeting included one wildlife biologist from GLIFWC.

In a Feb. 24 email to PBS Wisconsin outlining how the DNR arrived at its harvest quota, agency spokesperson Sarah Hoye said, "DNR biologists, research scientists, and other staff, along with a representative from the Great Lakes Indian Fish and Wildlife Commission representing the six Ojibwa tribes, met to discuss relevant information and develop harvest quotas."

According to GLIFWC, that meeting did not qualify as tribal consultation.

"Our wolf biologist attended a portion of [the] meeting to discuss the season, and he wasn't representing GLIFWC or the tribes in that capacity," said Charlie Rasmussen, a spokesperson for the commission.

Further, Rasmussen said the commission biologist left the meeting when he perceived that the DNR did not intend to consult tribes beyond the invitation to the meeting.

"[The GLIFWC biologist] ended up signing off from the discussion that the DNR was having because he wasn't comfortable with the direction that the discussion was going, and he wasn't in a position to either receive comment and be able to share that with tribal leaders in any kind of reasonable timeframe or make comments on behalf of tribes," Rasmussen said. "It wasn't a customary consultation with tribes, and neither was it a position for a wildlife biologist to be thrown into to do a hurry-up decision-making about a wolf season."

The DNR did not respond to multiple queries seeking comment for this story.

Rasmussen said the GLIFWC biologist took issue with the DNR's use of two population models to arrive at a total harvest quota of 200. Instead, the biologist contended that the quota should be more limited — around 75 — to account for uncertainties surrounding a hunt during breeding season.

At the time of the hunt, during the last week of February, DNR officials said they landed on the quota of 200 to ensure the stability of Wisconsin's wolf population. As is legally required, the quota was split between tribes in the ceded territory and state-licensed hunters and trappers. After requesting half the quota — 100 wolves — Ojibwe tribes were allotted 81 tags by the DNR, with the remaining 119 tags going to DNR licenses.

Those state-licensed hunters massively exceeded their quota in a span of just over two days, registering 216 wolf kills.

Rasmussen said no tribal wildlife managers issued permits for the February wolf season, meaning the tribes' portion of the harvest quota would go unused. Wolves, known as ma'iingan in Ojibwe, hold a singularly important place in Ojibwe culture and traditions.

Rasmussen explained traditional ecological knowledge gleaned from many generations of living alongside wolves made it clear to tribal decision makers that February is a poor time to kill wolves.

"If you want a wolf, you want one in December, if a wolf is meaningful to you," he said. "Right now is a poor time to kill an animal and get anything meaningful from it as far as the quality of pelts."

Echoing Jennings' evaluation, Rasmussen added there is "a lot of disappointment" at GLIFWC and among Ojibwe tribal members about how the hunt went down.

"[It's] on a number of levels," he said. "From the way the hunt was poorly managed, [to] the wastefulness of a hunt at this time of year for a highly regarded, highly valued, culturally significant animal … there's a lot of disheartened people."

It may take some significant outreach on the part of the DNR to mend its relationship with tribal communities as it begins the process of updating Wisconsin's long-term wolf management plan and prepares for any future hunts.

"The tribes are just adamant they want to be at the table," Jennings said, adding this consultation needs to be routine and occur far in advance of management decisions.

"It'd be in everyone's best interest to work together," he said. 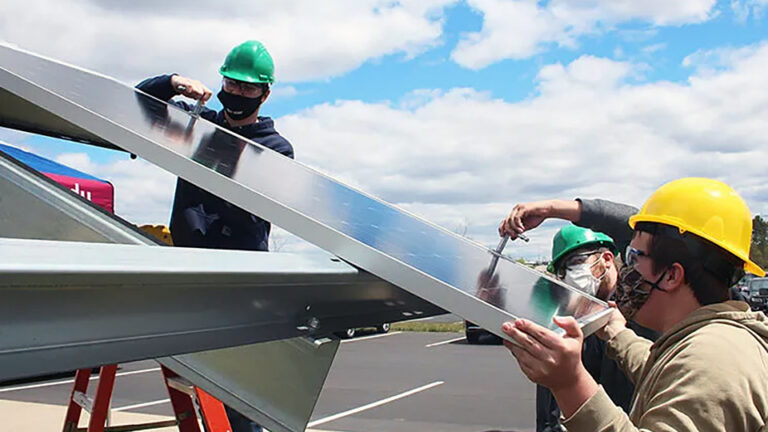 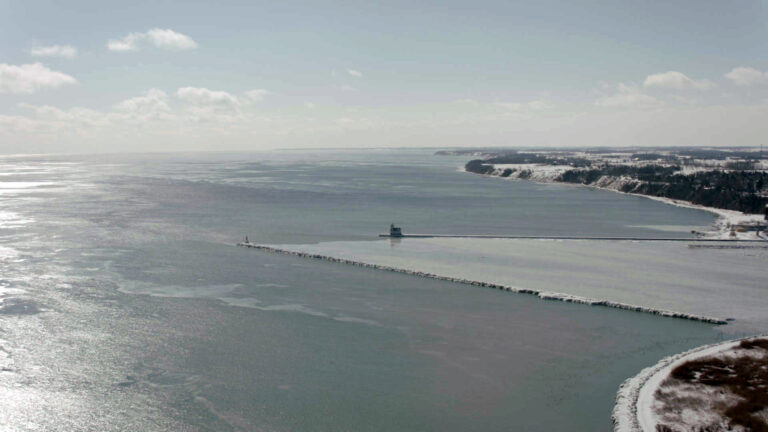 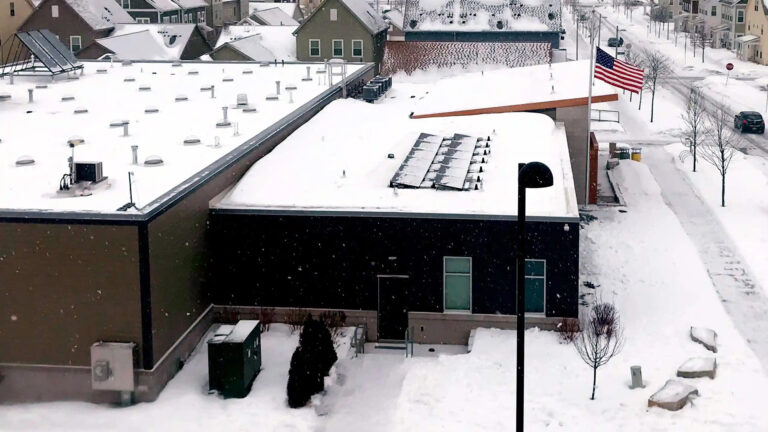 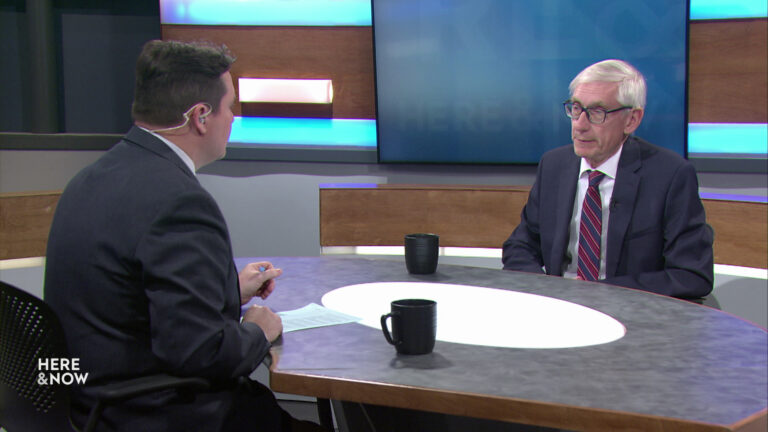 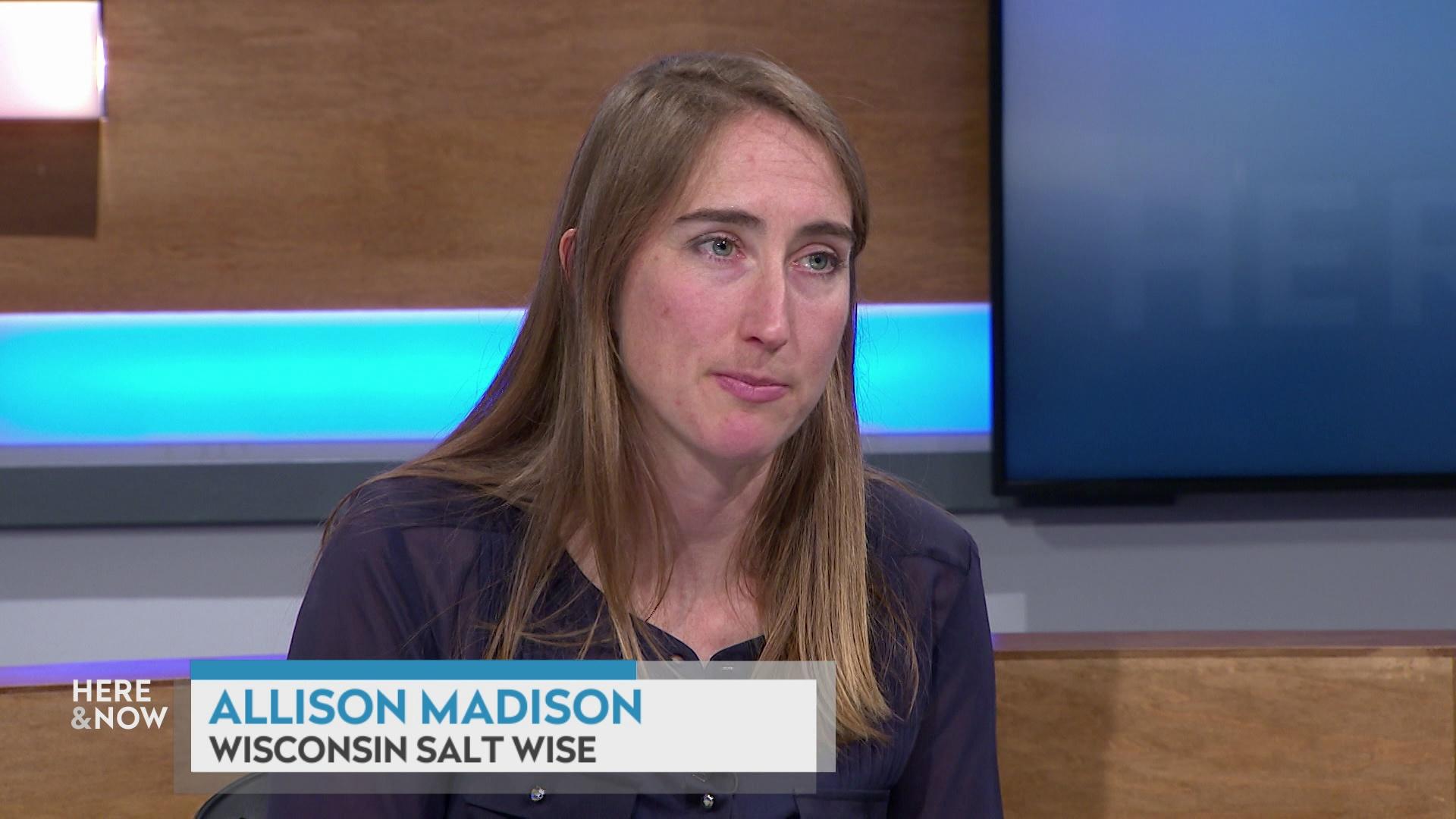