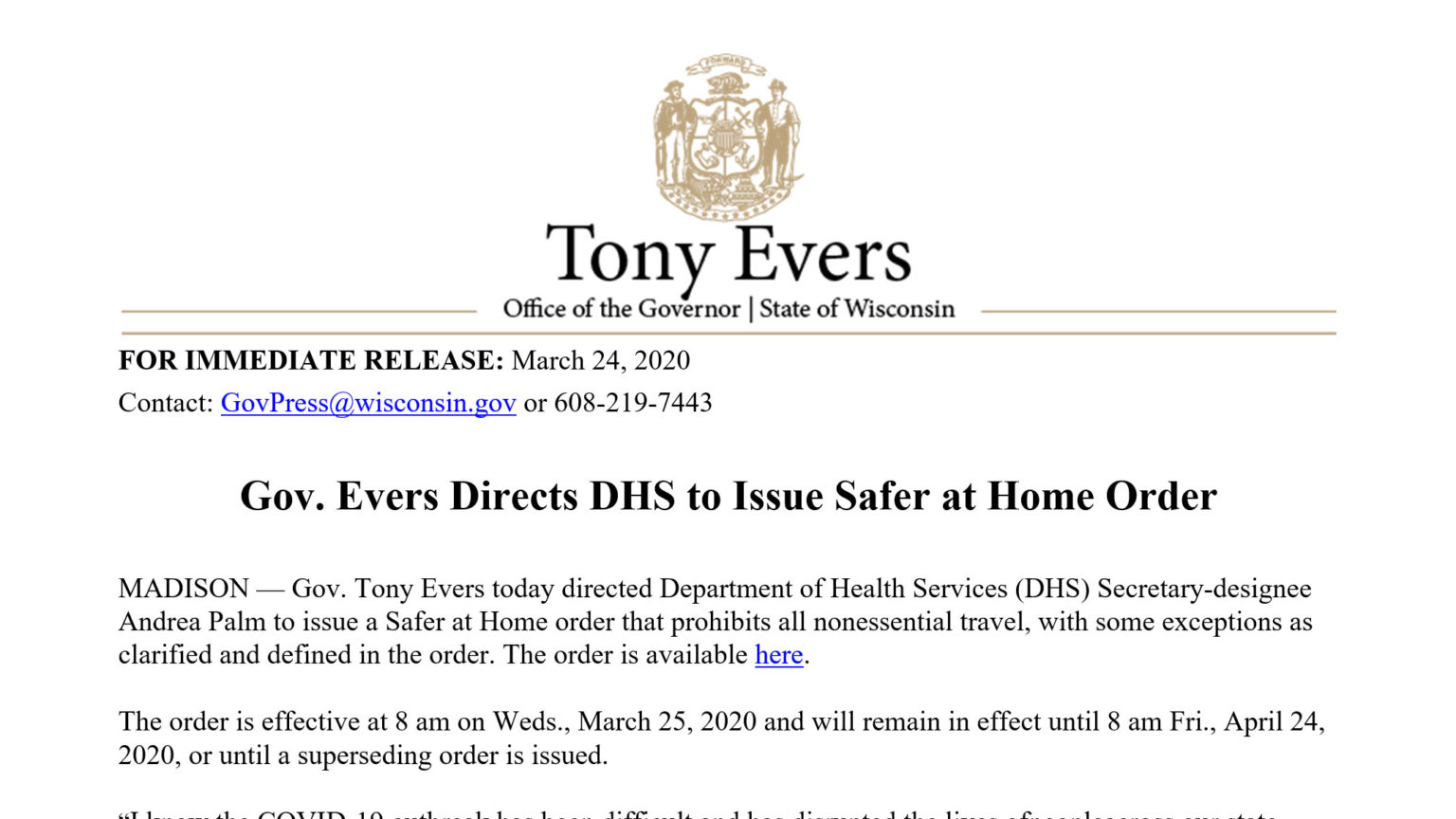 Certain exemptions are allowed for residents to leave their homes to receive healthcare and to get necessary supplies such as groceries. According to a release from the governor’s office, Wisconsinites do not need special permission to leave their residences, as long as they comply with those specific exemptions. 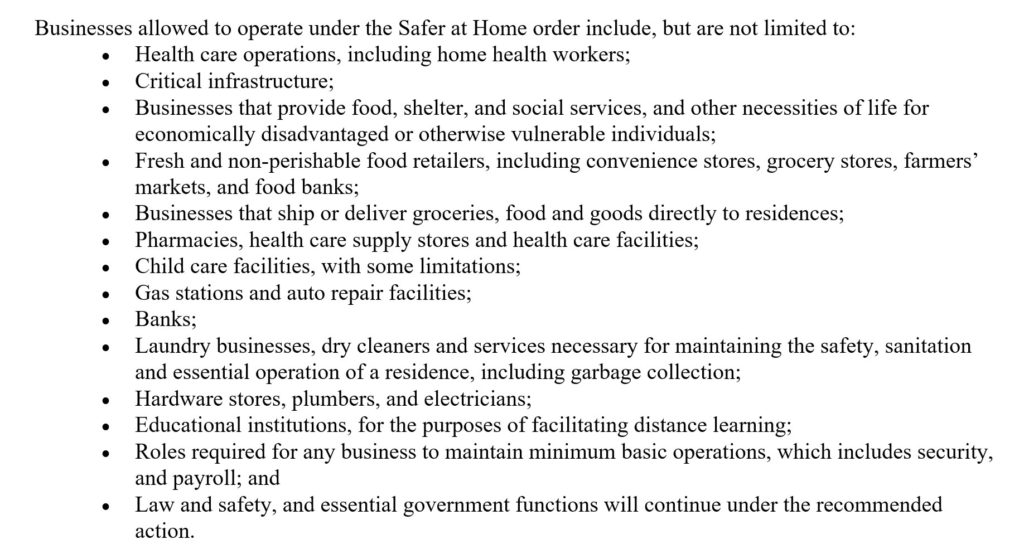 Exceptions for businesses to the stay a home order, according to a March 24, 2020 press release from Gov. Tony Evers.

“Issuing a Safer at Home order isn’t something I thought we’d have to do and it’s not something I take lightly, but here’s the bottom line: folks need to start taking this seriously,” Evers said in a statement.

The order will stay in effect through April 24, and violators could face up to 30 days imprisonment or up to a $250 fine.

This comes the same day state health officials announced 457 Wisconsinites have confirmed cases of COVID-19. There remain five deaths in Wisconsin due to the disease, including three in Milwaukee County, one in Fond du Lac County and one in Ozaukee County.

“If we continue on our current path, without implementing ‘Safer at Home’ to flatten the curve, the model that we would likely have [is] 22,000 wisconsinites who are positive for COVID-19 by April 8, and an estimated 440 to 1500 deaths,” Palm said during a Tuesday media call.

“I know, it's difficult for many to conceptualize and see what a historic threat this is when we have such a small number of cases,” said state epidemiologist Ryan Westergaard. “We've learned and observed enough about the epidemic in other countries to know that this is truly a grave situation.”

Westergaard said he still expects to see a rise in cases as social distancing measures take shape before the state will start to see a flattening of the epidemiological curve.

“If we don't see growth of the epidemic, we see a leveling or a tailing off, I think that'll be the sign that things that we're doing are successful,” Westergaard said.

As the order stands, Wisconsinites would still be under a “Safer at Home” mandate during the April 7 spring election, which does not make an exception for polling places. Municipal leaders have asked the governor to change the spring election to mail-in only, but Evers did not indicate that he would make any changes.

“[Evers] does not have power to change the rules of an election,” said Assembly Majority Leader Jim Steineke, R-Kaukauna. “We [should] all be concerned if he tries. It would set off a constitutional crisis here in WI.”

Republican legislators criticized the governor’s order Monday and issued a similar statement in the wake of the order’s release Tuesday.

“The 16-page order that finally came out today does not provide much clarity,” said Sen. Howard Marklein, R-Spring Green. “While we are told that all nonessential activity is prohibited, the exemptions are broad and subjective.”

Evers said previously he would work with the state legislature to develop an aid package for Wisconsinites in the wake of the COVID-19 outbreak, but he did not say during Wednesday’s media briefing if any progress had been made.

As the stricter social distancing orders impact Wisconsinites’ daily lives, Palm said residents should limit their contact to five people overall while the order is in place.

“There are no medications or vaccines to protect us from this contagious virus,” she said. “The only tool we have is physical separation from each other, I implore you: stay at home.”

This story was updated to include reporting from a Tuesday media briefing and quotes from Republican legislators.