The governor said details of the order would be finalized before Tuesday, when the order goes into effect. 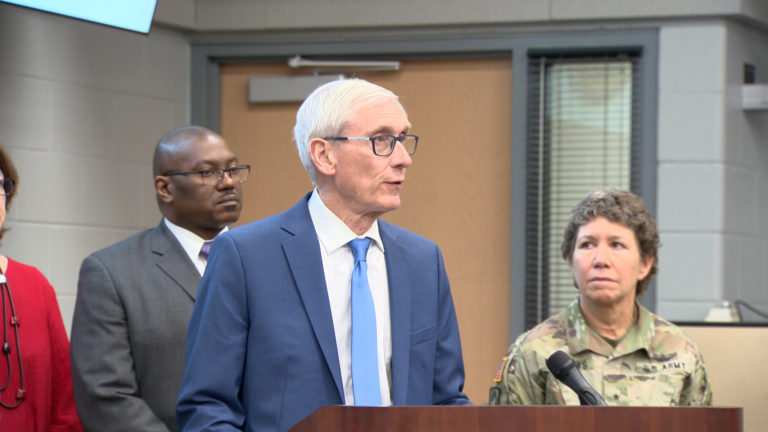 Gov. Tony Evers will direct Department of Health Services Secretary-designee Andrea Palm to sign a “safer at home” order, effective Tuesday. Evers did not provide immediate details on what that order will look like, saying the order would be finalized by tomorrow.

The governor’s order will allow essential services to continue, but all other businesses are expected to close.

“Overwhelmingly, the response I heard is that we need an all hands on deck approach to stop the spread of COVID-19 in Wisconsin,” Evers said in a media briefing Monday. “In fact, business leaders have suggested that it's imperative to slow this growth of the disease.”

This marks a change in the governor’s position from just last week when he called the state’s response to COVID-19 adequate and said there was no need to issue a stricter order.

“Since I communicate regularly with our great healthcare staff, as well as other medical and healthcare professionals, they have significantly suggested to me that this is the best way to curb the virus,” Evers said.

I know this has been difficult and has disrupted the lives of people across our state. That’s why issuing a #SaferAtHome order isn’t something I thought we’d have to do, and it’s not something I take lightly. But here’s the bottom line: folks need to start taking this seriously.

The governor said the order was in an effort to get Wisconsinites to take social distancing seriously. “People across our state are still out and about unnecessarily that are putting our friends, our neighbors, and our communities at risk,” he wrote in a tweet Monday morning.

“There also needs to be a better understanding as to why the decisions are being made, because of the impact on the economy, businesses and residents of the state,” Senate Majority Leader Scott Fitzgerald, R-Juneau, and Assembly Speaker Robin Vos, R-Rochester, said in a joint statement.

In response to the order, advocacy group Wisconsin Manufacturers and Commerce also pushed back on the governor, asking him to exempt manufacturers from the “safer at home” order.

“WMC understands Gov. Evers’ intent to keep all Wisconsinites safe and healthy during this unprecedented time,” the group wrote in a tweet. “However, it is imperative that the governor also take into account the health of the state’s economy.”

"It is our hope that Gov. Evers exempts all manufacturers from this order, in addition to all businesses in the critical supply chains for health care, food access, transportation, construction, energy, financial services and other needed industries.”

The call to shelter at home comes the same day Wisconsin saw a 35-case jump in confirmed COVID-19 cases. According to new numbers from the state Department of Health Services, 416 Wisconsinites now have confirmed cases of COVID-19, with 5 confirmed deaths.

“These deaths are heartbreaking,” Palm said.

Wisconsin National Guard Adjutant General Paul E. Knapp said during the briefing, the state was also soliciting personal protective equipment from private companies that may be slowing their work due to the COVID-19 outbreak.

“We're willing to buy back PPE from businesses that have closed as a result of the outbreak and no longer have use for the PPE,” Knapp said. “So that we can buy it back, or take those donations and reprioritize them [we can] get them out to the first responders and medical folks that need them the most.”

Editor's note: This story was updated to include quotes and information from the governor's press briefing.