Compared to the previous midterm election, the number of people registered to vote has grown considerably, but those casting their ballots absentee or early have likewise dropped since the previous presidential election. 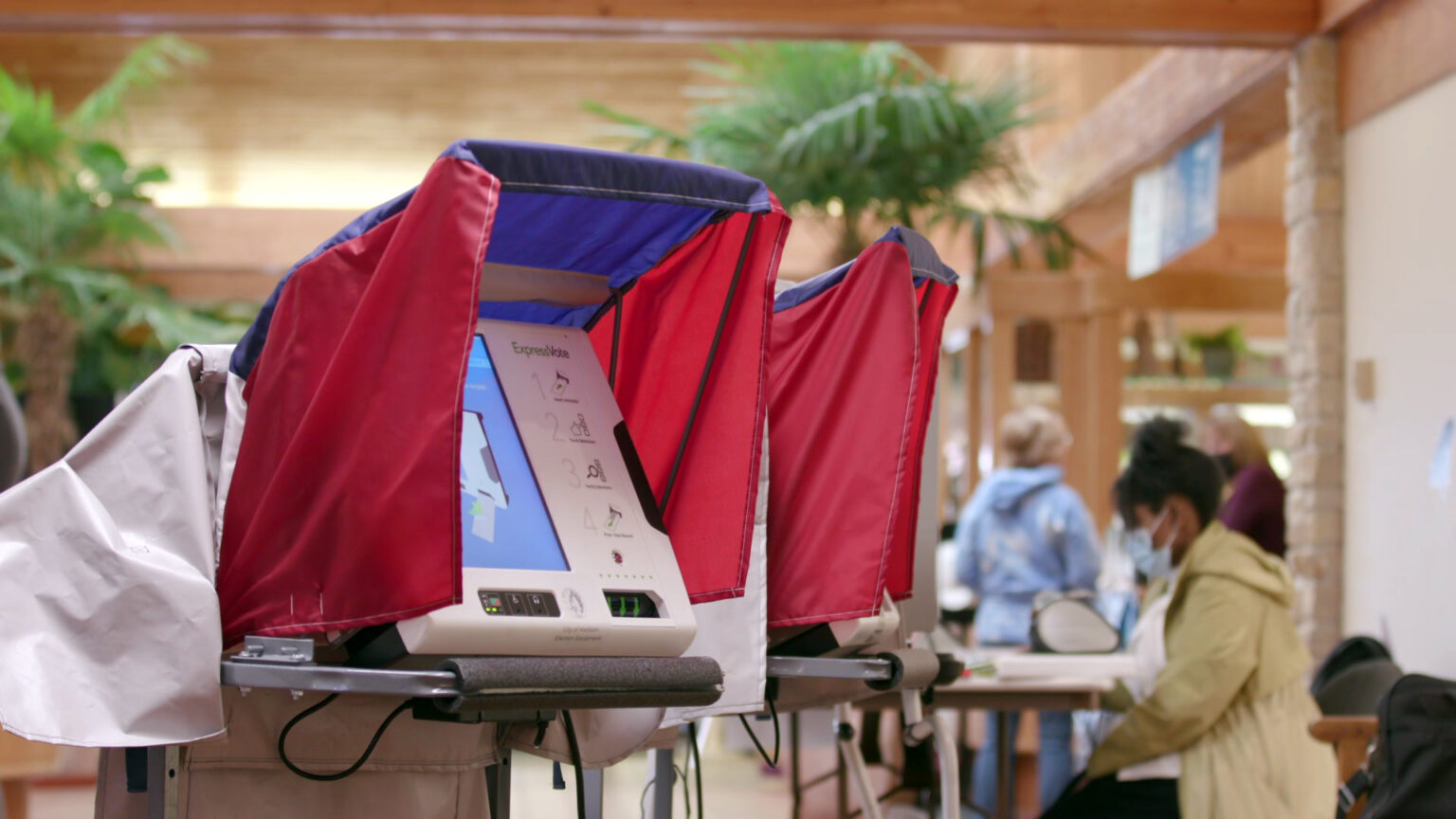 Election workers assist voters at a Madison polling place on Oct. 25, 2022. The number of Wisconsinites casting early votes in the 2022 election cycle is down from the pandemic election in 2020, but up from the previous midterm in 2018. (Credit: PBS Wisconsin)

A review of state records checked about a week out from Election Day showed the number of Wisconsinites registered to vote in 2022 is larger than any previous midterm election. The data also shows the number of people voting by mail or voting early is higher than 2018, but much lower than 2020.

The Wisconsin Elections Commission regularly publishes voter registration and absentee return statistics, releasing reports for at least the past decade. Its reports show 3,531,456 Wisconsinites were registered to vote as of Nov. 1, and that 593,819 people had either returned an absentee ballot or voted early as of Nov. 2.

Voter registrations have climbed as the election has approached, with about 12,000 more as of Nov. 1 than one month earlier. Compared to 2020, these figures represent a slight decline in registered voters, but also a significant reduction in the number of people who voted before Election Day that year.

As Election Day arrives, here is what Wisconsin's voter registration and absentee figures reveal about trends that could influence turnout in November.

Midterm elections usually have different voting dynamics compared to presidential elections, and are typically characterized by fewer votes and lower turnout. Meanwhile, the 2020 presidential election was unique given intense voter interest in voting absentee rather than in-person due to the COVID-19 pandemic.

In November 2020 — during one peak in the pandemic — over 1.54 million people returned an absentee ballot or voted early nearly a week out from Election Day. That represents about 47% of all ballots cast in that election.

In 2022, long after local mask mandates were lifted and vaccines have long been available, data suggests the number of people voting on Election Day may return closer to pre-pandemic levels.

Waukesha County has the most absentee and early votes of any county that voted for Trump in 2020, with 62,337 absentee ballots returned, including 30,235 early votes by Nov. 2.

Discerning clear patterns from this data can be somewhat ambiguous, highlighted by the 15 counties where majorities flipped from Democratic to Republican between 2018 and 2020. Wisconsin is a famously purple state in elections, with wide swaths of independent voters.

Democratic counties are voting early at a slightly higher rate
The 14 counties that voted for Biden have a slightly larger proportion of all votes cast so far in 2022 than they did for the 2020 election.

Those numbers could be influenced by Republicans telling their supporters to wait until Election Day to vote.

Despite the large increase in registered voters, the age group of 50-64 has actually decreased by about 10,000 voters. Part of this decline may be due to a large number of baby boomers aging out of that group.

The deadline has passed to register online to vote in advance of the election, however eligible Wisconsinites can still register at polling places on Election Day. MyVote Wisconsin provides information about registering to vote, including valid forms of photo ID, which can include a Wisconsin driver's license, Wisconsin Department of Transportation ID, military ID, tribal ID or a U.S. passport. Wisconsin is one of 22 states and jurisdictions that allows for same-day voter registration at polling locations on Election Day. More information about candidates is available at Wisconsin Vote.

Editor's note: This item has been corrected with updated 2022 voting numbers that indicate early votes are included in the overall absentee ballot figures, and with additional information about differences between midterm and presidential election turnout.