The number of Wisconsinites registered to vote just over a month out from the midterms is approaching their peak levels, and geographic comparisons to 2018 and 2020 show mixed patterns. 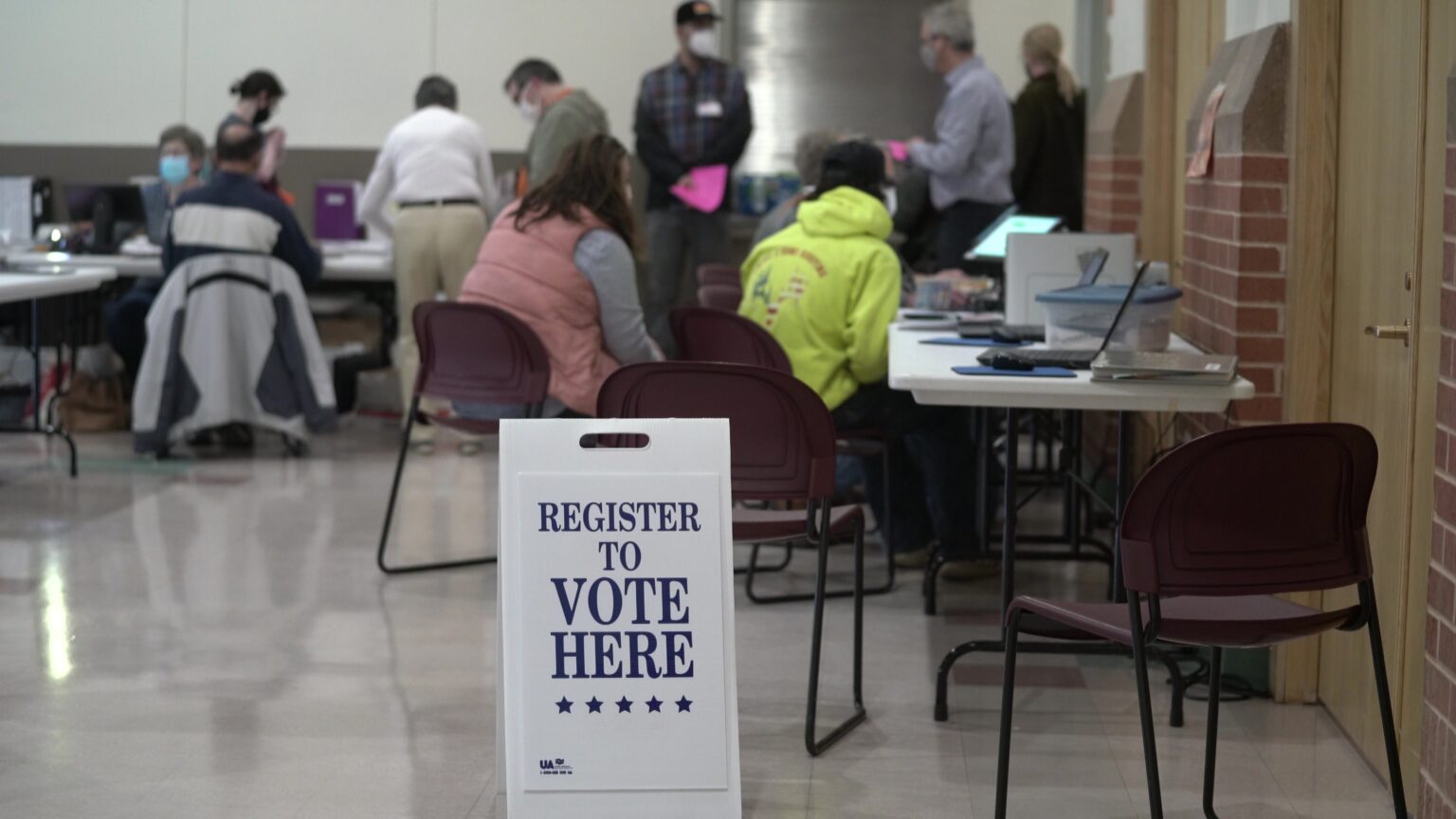 Local election workers assist voters in the same-day registration area of a polling place in Fitchburg on Nov. 3, 2020.

A review of state records five weeks from Election Day showed the number of Wisconsin's registered voters in 2022 is higher for any previous election other than 2020.

The Wisconsin Elections Commission regularly publishes voter registration statistics, releasing reports primarily on a monthly basis for at least the past decade. Its October 2022 report shows 3,519,659 Wisconsinites are registered to vote — a 50,000 person increase from the number of registered voters as of Aug. 1, which was a week before the primary election.

This uptick in registered voters comes as interest in the 2022 midterms continues to grow, while also following National Voter Registration Day on Sept. 19.

As the election approaches, here is what Wisconsin's voter registration figures reveal about trends that could influence turnout in November.

Wisconsin has its highest number of midterm voters ever
The more than 3.5 million registered voters in Wisconsin as of Oct. 1 marks a 10% increase over the total on that same date before the 2018 midterm elections, which saw Tony Evers win his race for governor, and Tammy Baldwin get re-elected to the U.S. Senate.

In fact, only the 2020 presidential election saw more registered voters on Oct. 1 than in 2022, with 3,583,804 voters registered for the election by that point. About 4.5 million Wisconsinites are of voting age according to the Wisconsin Elections Commission, which means the 3.5 million currently registered is about 77% of the voting population.

Larger cities have fewer registrants than rural areas compared to 2020
There are roughly 64,000 fewer voters registered for the 2022 midterm elections as of Oct. 1 than there were for the 2020 presidential election at the same point. About 46,000 of that gap in registrants are from Wisconsin's 10 largest cities.

Discerning clear patterns from this data can be somewhat ambiguous, highlighted by the 15 counties that flipped from Democratic to Republican between 2018 and 2020. Wisconsin is a famously purple state in elections, with wide swaths of independent voters.

These three districts generally vote Republican and had the state's widest margins in favor of Trump in 2020.

Eligible Wisconsinites can still register to vote in advance of an election or at polling places on Election Day. MyVote Wisconsin provides information about registering to vote, which can be conducted online at least 20 days before an election. Voters must provide a valid photo ID, which can include a Wisconsin driver's license, Wisconsin Department of Transportation ID, military ID, tribal ID or a U.S. passport. Voters can also register in-person at a municipal clerk's office. Additionally, Wisconsin is one of 22 states and jurisdictions that allows for same-day voter registration at polling locations on Election Day.