The two-term Republican incumbent and Democratic challenger are seeking to tout their candidacies and define each other amid a political landscape where inflation and abortion loom as major issues.

The cost of everything is up — and numerous polls show inflation is the number one concern among voters.

Political candidates – including Republican Ron Johnson and Democrat Mandela Barnes, who are competing for a seat in the U.S. Senate – want Wisconsin voters to know they're listening.

"All across the state, people are concerned. They've been concerned with rising costs," said Lt. Gov. Barnes.

"They'd like some relief from inflation," said Sen. Johnson.

Mandela Barnes on inflation, abortion and running for Senate

Ron Johnson on inflation, abortion and running for Senate

Barnes is currently serving as the state's lieutenant governor and Johnson is seeking his third term in the Senate. As you might expect, they have very different plans for addressing inflation. 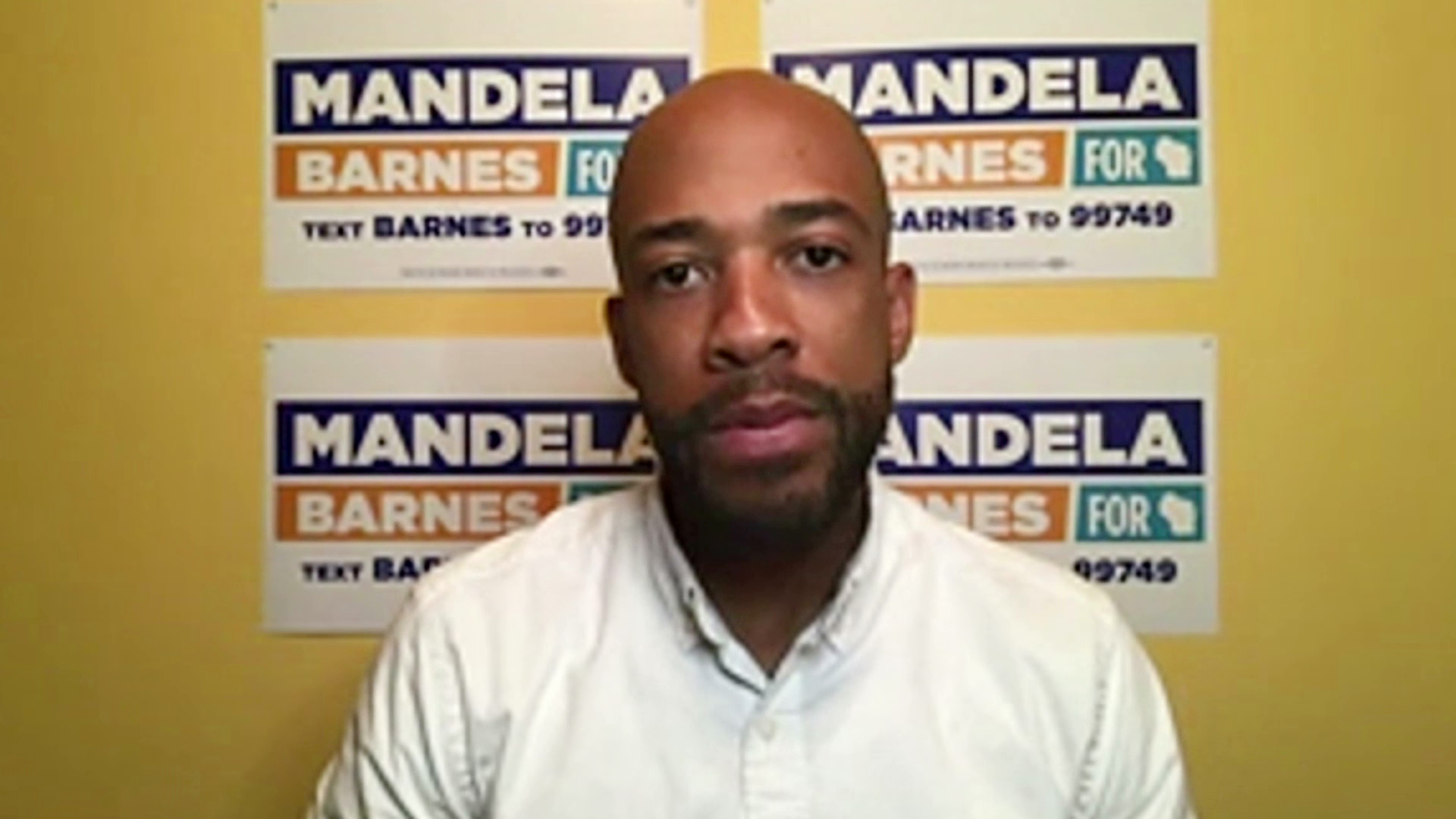 Mandela Barnes, 35, is the sitting lieutenant governor of Wisconsin and is running as the Democratic candidate in the state's 2022 election for a U.S. Senate seat. Barnes discusses his candidacy in a remote interview on Sept. 9, 2022. (Credit: PBS Wisconsin)

"Stop spending so much money. You know, inflation's pretty easy to understand what caused it. It's massive deficit spending. It's printing dollars. You have way too many dollars chasing too few goods," he said.

"We need a middle class tax cut. And we can achieve this by making sure that the wealthiest among us pay their fair share. That's how we get to a place where families can have a little more economic security," he said. 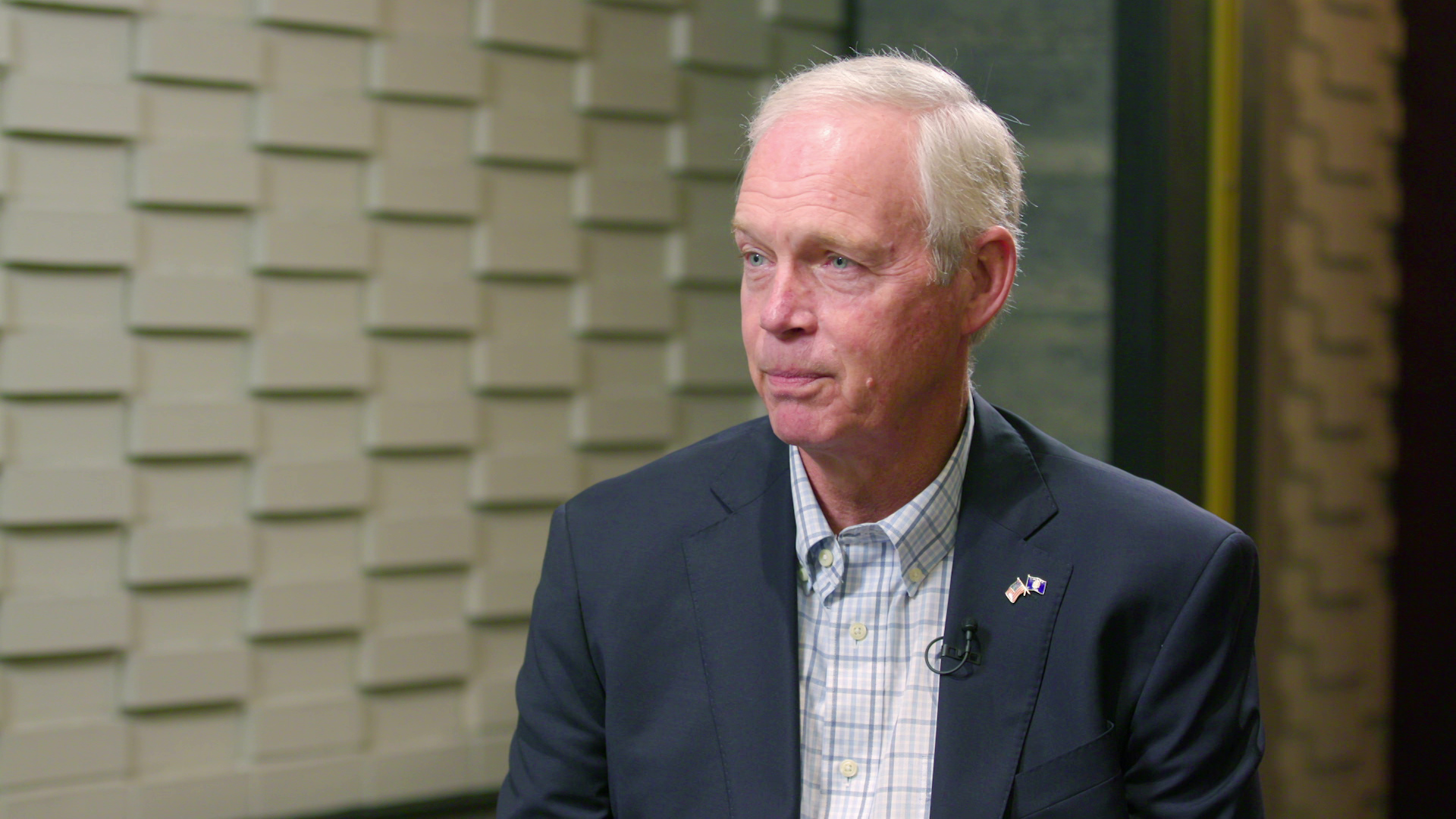 Ron Johnson, 67, is an incumbent U.S. Senator for Wisconsin and is running for a third terms as the Republican candidate in the state's 2022 election for the seat. Johnson discusses his candidacy in an interview in Lake Delton on Sept. 10, 2022. (Credit: PBS Wisconsin)

UW-Madison political scientist Eleanor Powell says the pain that people are feeling financially might motivate those who don't usually vote in midterm elections.

"Between the pandemic, the economy and inflation, a lot of people are really hurting, and that could bring out a lot of sort of more discontented voters," she said.

But there's another issue that Powell said is highly-motivating in the contest between Barnes and Johnson – and that's abortion.

"Particularly women and younger voters are really upset by the overturning of Roe v. Wade and abortion politics, which have been particularly consequential here in Wisconsin, because we had this sort of preexisting ban dating back to the 1800s on the books," Powell said. "And so this has mobilized a lot of energy on the left. And it's not really enthusiasm — it's anger and mobilization." 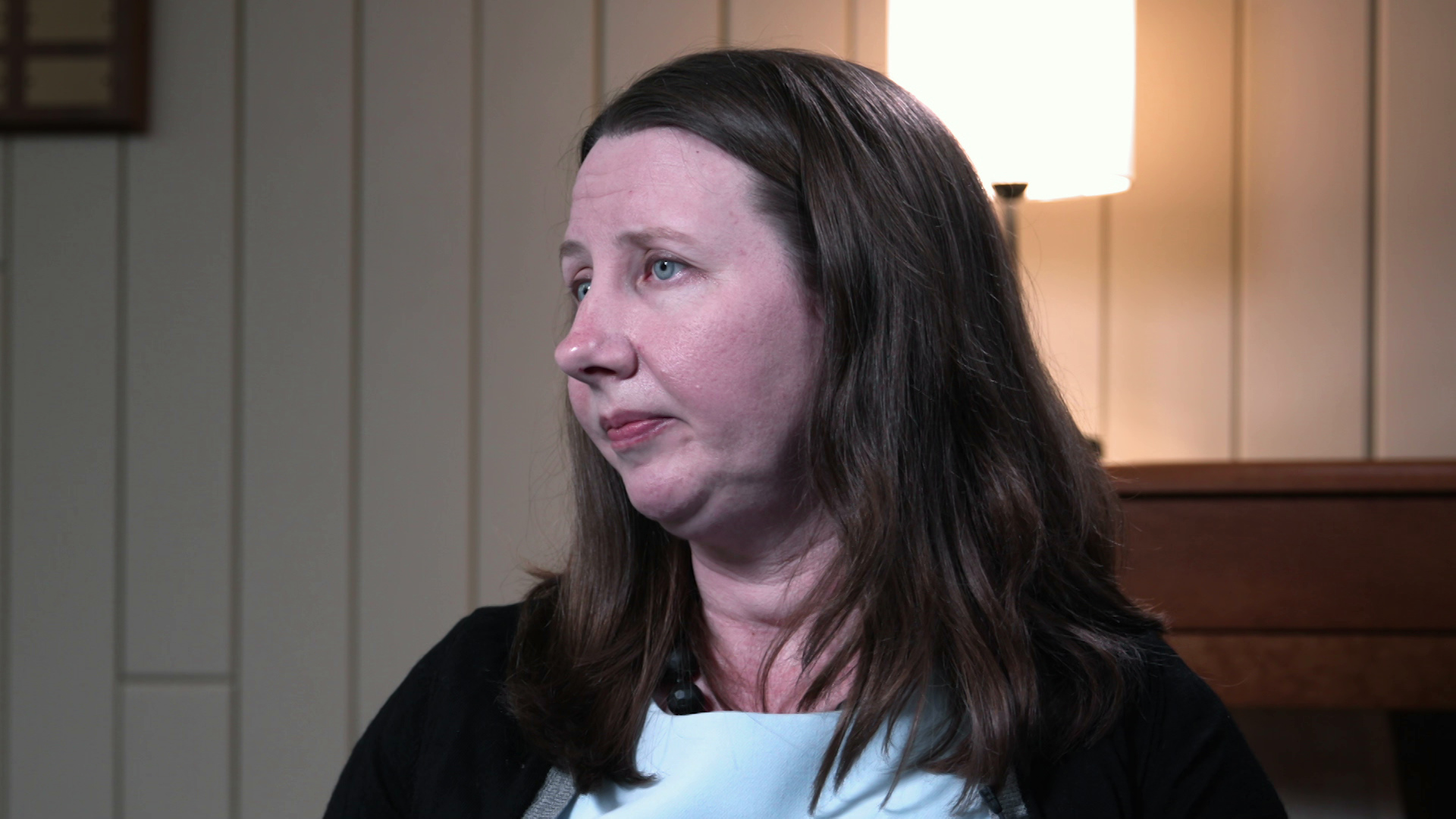 UW-Madison political science professor Eleanor Powell highlights inflation and abortion as major motivating issues for voters in the 2022 election. She discusses the dynamics of Wisconsin's U.S. Senate candidates in an interview in Madison on Sept. 13, 2022. (Credit: PBS Wisconsin)

Barnes is calling for a new federal law allowing access to abortion. To achieve this, he wants to end the filibuster in the Senate. The filibuster is a tactic used to prevent a bill from passing by stalling it with prolonged debate.

"The reality is we need to end the filibuster to codify the right to choose into law once and for all," Barnes said. "We can do this if we flip Wisconsin and add one more seat to the 50-50 'majority' that we have right now."

Johnson – who opposes abortion except in cases of rape, incest or if the life of the mother is at risk – said individual states should use referendums to decide if abortion should be allowed.

"In 50 states, people use the democratic process to answer this question," Johnson said. "Here's the fundamental question of this profound moral issue: At what point does society have the responsibility to protect life? You know, how do you balance the rights of a woman versus a right, the rights of an unborn child?" 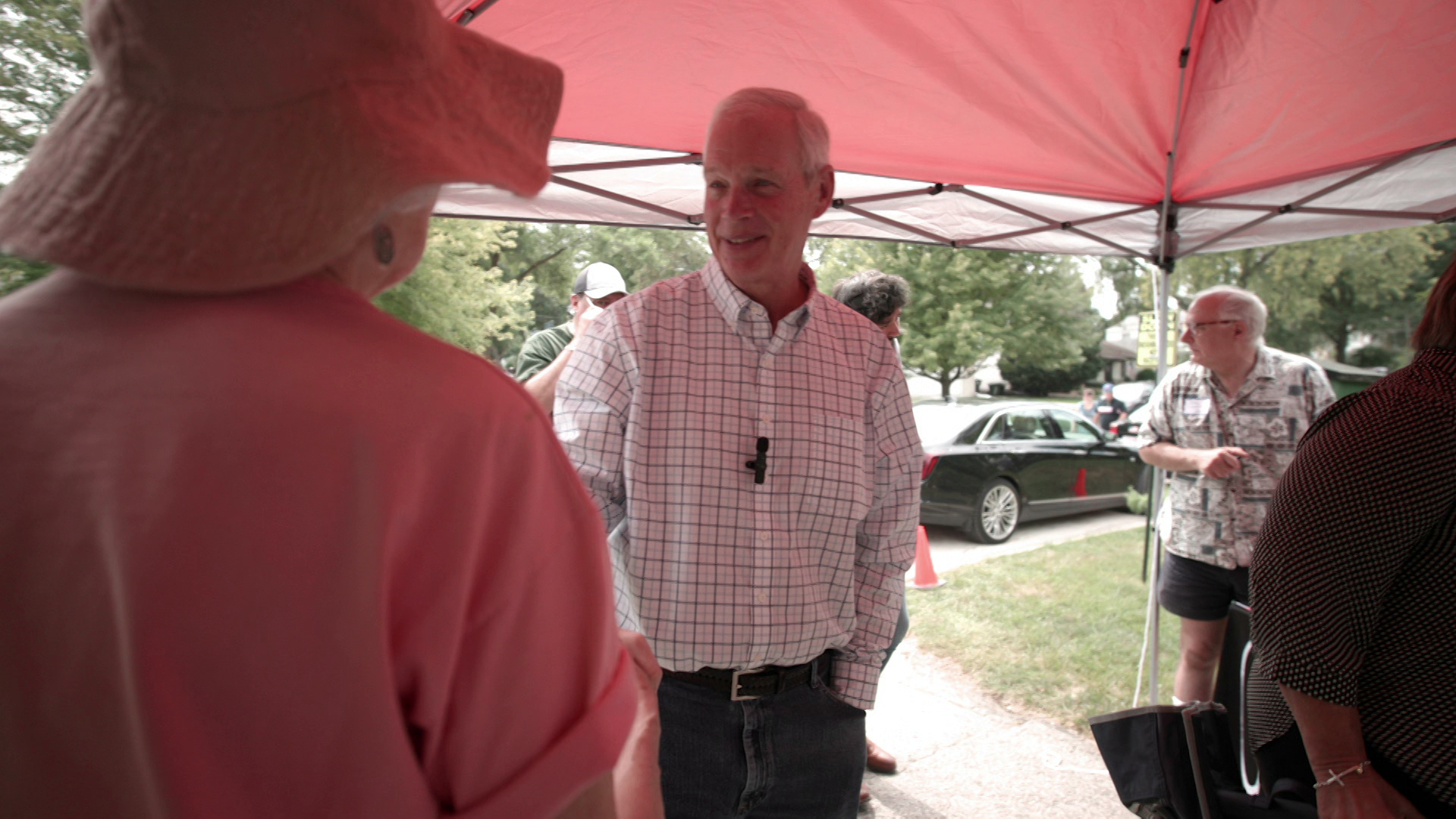 U.S. Sen. Ron Johnson speaks with supporters of his run for a third term during the 53rd annual Chicken Burn, a conservative gathering in Wauwatosa, on Aug. 28, 2022. (Credit: PBS Wisconsin) 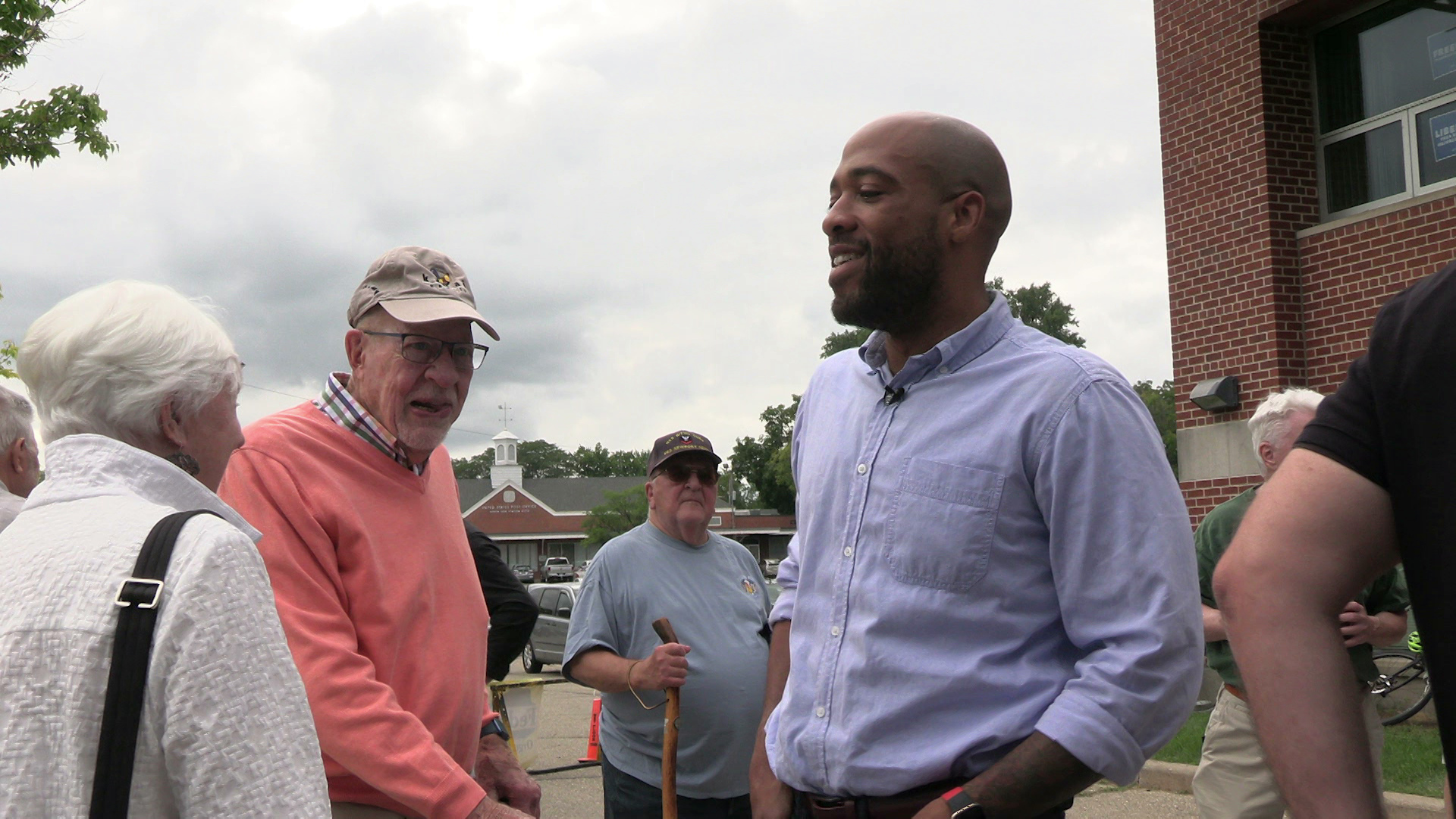 Aside from their differences on inflation and abortion, Johnson and Barnes are also political polar opposites with very different bases of support.

"Lt. Gov. Barnes is young — he sort of represents a sort of new generation in American politics," Powell continued. "So he is trying to speak to younger voters, voters of color, voters who often feel that their interests aren't being well represented in Washington."

Barnes, 35, was born and raised in Milwaukee and is very proud of his working class roots.

"My mom was a teacher and my dad worked 3rd shift," said Barnes in his first post-primary political ad.

After working in community organizing, he ran for office at the age of 25, winning a seat representing Milwaukee's north side in the state Assembly.

After two terms there, Barnes ran unsuccessfully for the state Senate in 2016 before winning election as lieutenant governor in 2018 with Democratic Gov. Tony Evers.

In his run for the U.S. Senate, Barnes said his goal is to help middle class Americans. 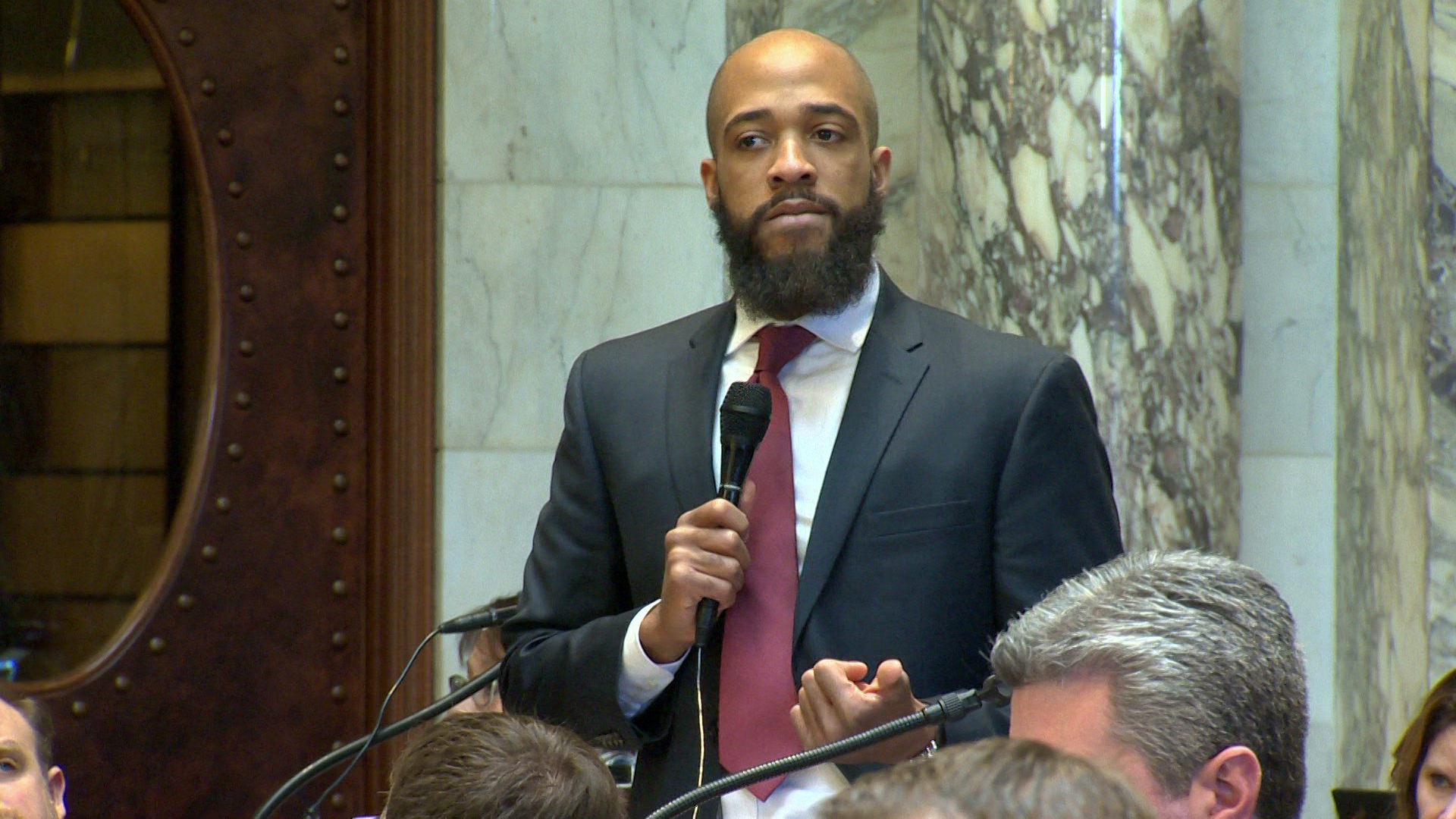 Then-state Rep. Mandela Barnes speaks during a session of the Wisconsin Assembly on March 5, 2015, during his second term representing the state’s 11th District in that chamber. (Credit: PBS Wisconsin) 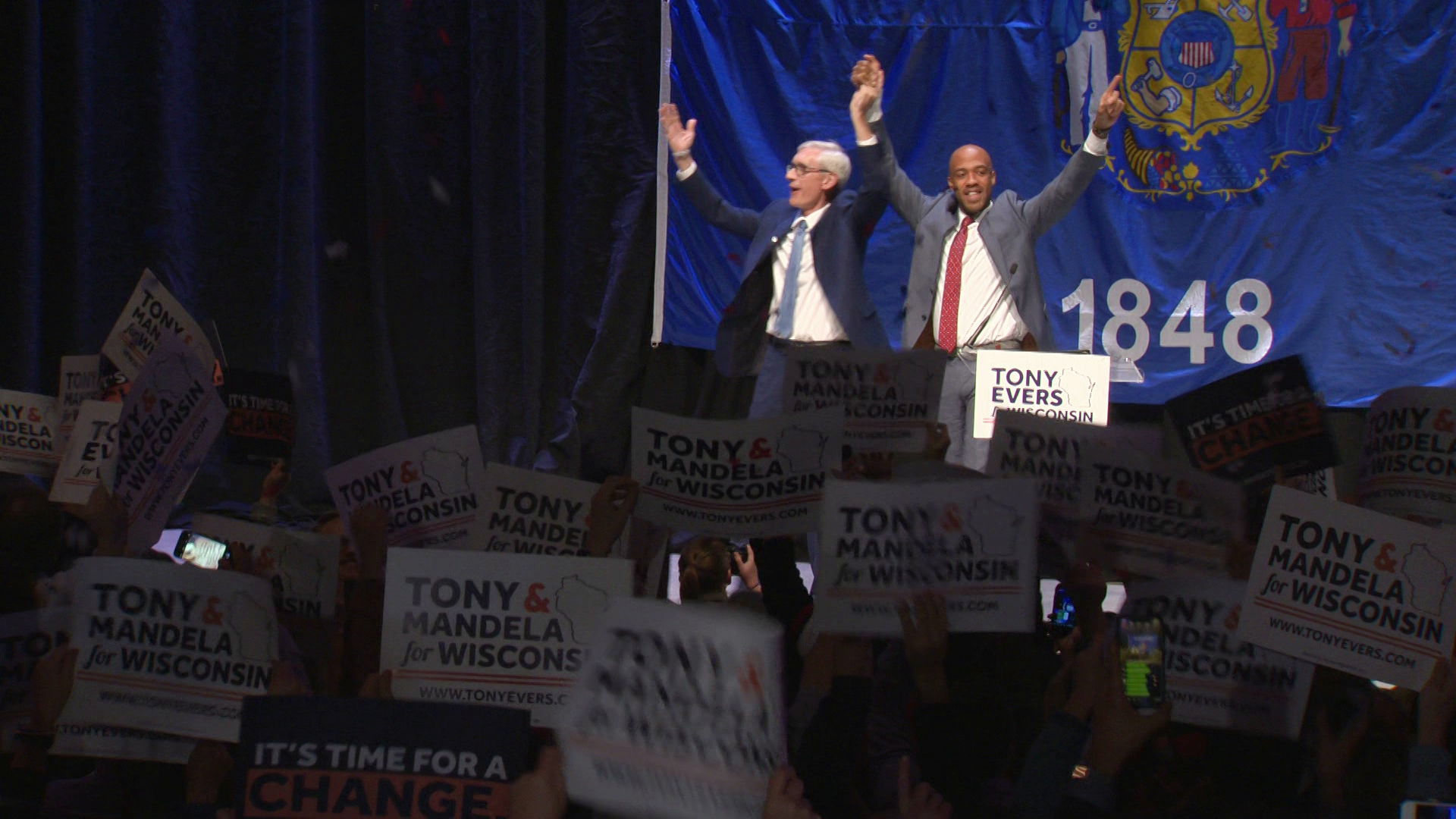 Tony Evers and Mandela Barnes celebrate their victory in the 2018 election for, respectively, governor and lieutenant governor of Wisconsin. (Credit: PBS Wisconsin)

"As I look around the state, times are getting tougher for people. Things are more difficult. It's harder and harder to get ahead. Access to the middle class has been denied to so many people," he said.

On the other side, Ron Johnson, 67, who lives in Oshkosh, is equally as proud of his working class background.

In the Senate, Johnson has served on the Homeland Security and Budget committees, among others. 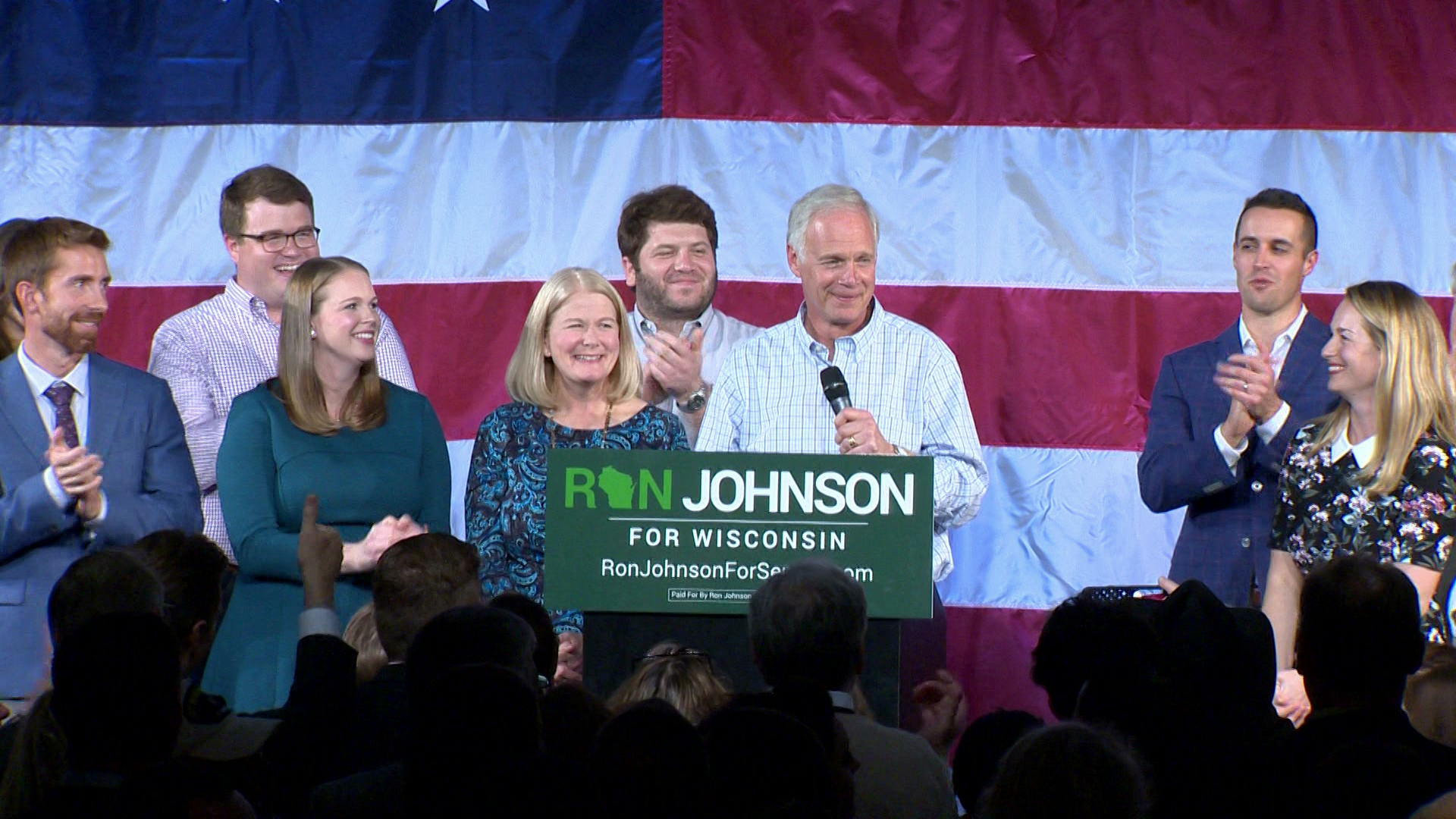 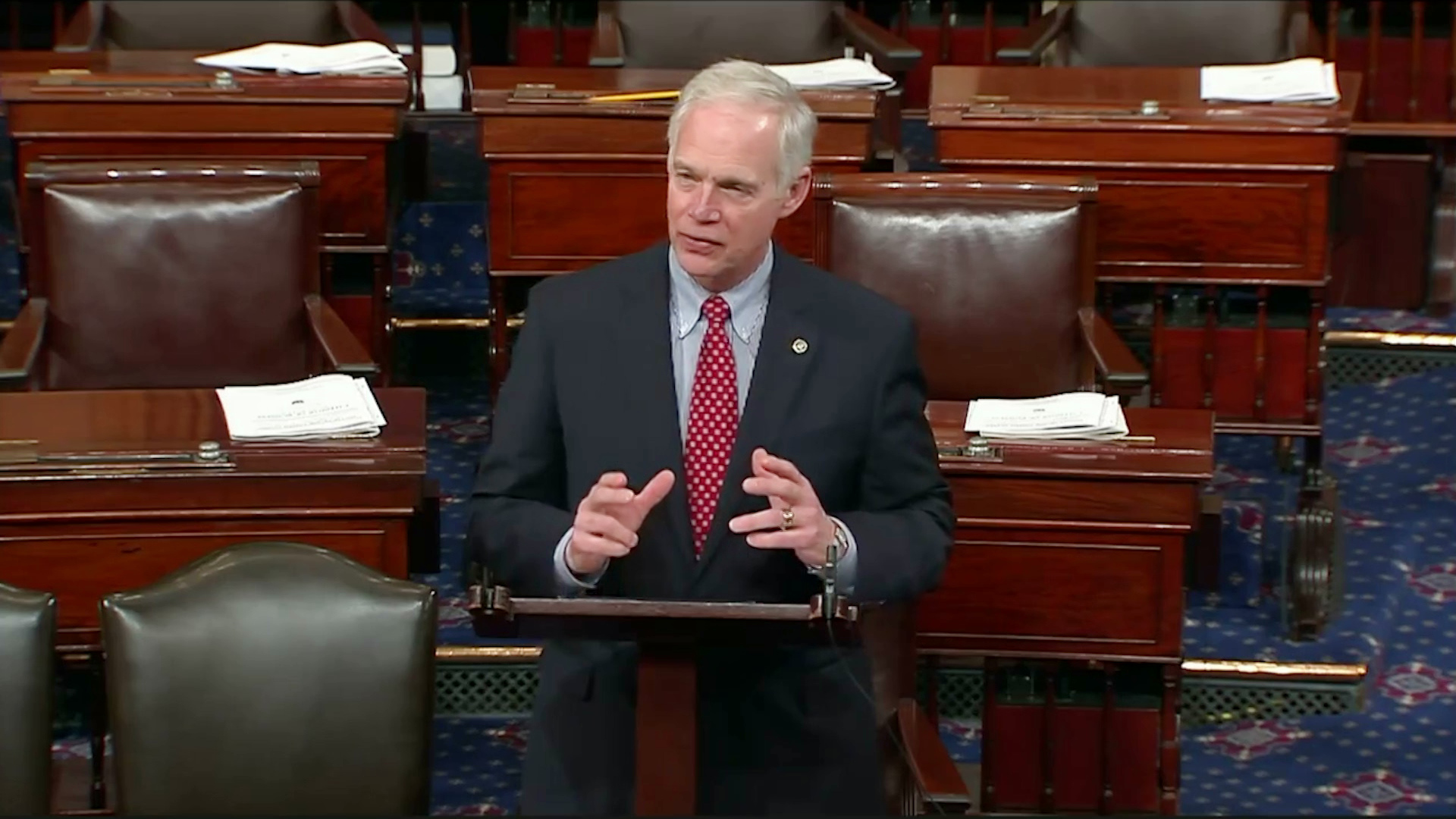 In 2016, Johnson said he would only run for two terms. But then in January 2022, he decided to run again. What made Johnson change his mind?"

"Our nation is coming apart. Trust me, it was my preference and my wife's very strong preference to serve out that second term and just return to a private life," said Johnson. "I think I'm in a position where I've had a great deal of success as a U.S. senator. I've helped improve things."

While both candidates are trying to stay on message with what they can offer voters if elected, Johnson and Barnes also have plenty of criticism for each other.

"This is about an out-of-touch politician who has failed to deliver for Wisconsin," said Barnes about Johnson. "He's put himself ahead of all of us every chance."

But the candidates aren't the only ones getting into the mudslinging. Outside groups are running their own political attack ads.

"Ron Johnson used his office to scoop up millions for himself," states a narrator in an anti-Johnson attack ad. 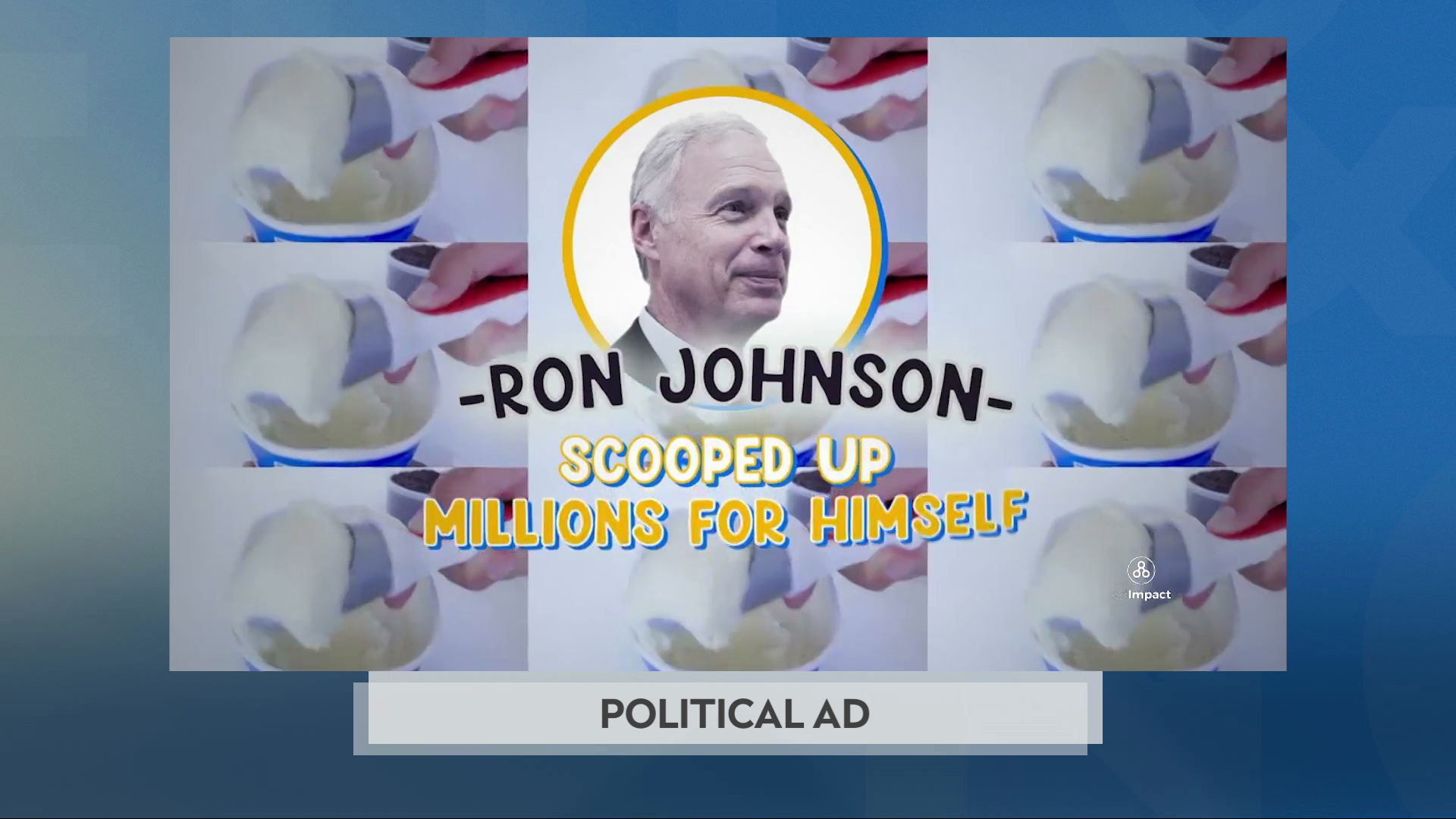 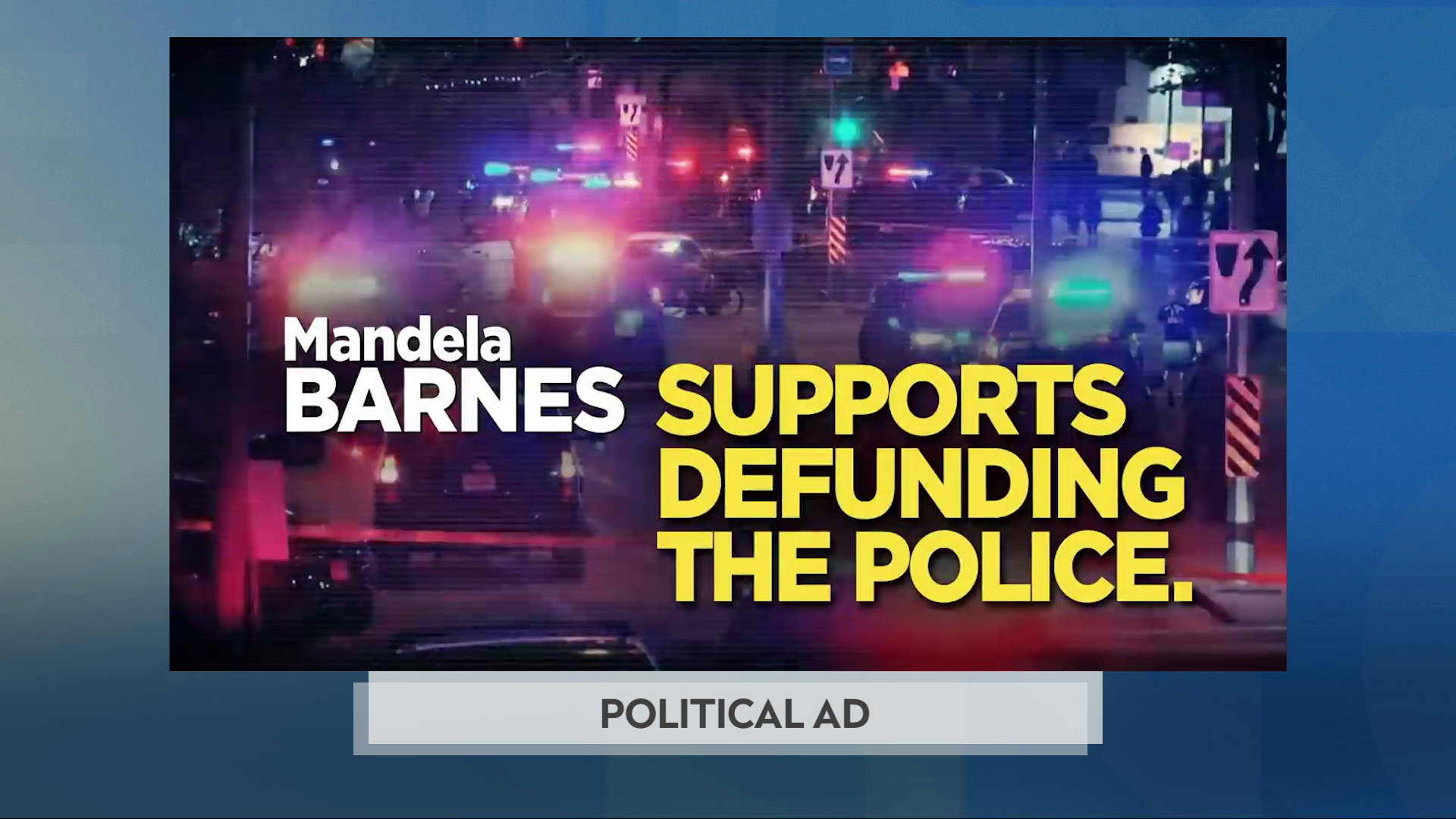 Powell said voters should be very leery of any advertising they see or political mailings.

"Political ads are in this really funny exempt category where people can say whatever they want and there's no obligation for anything to be factual," she explained. "Buyers should beware. Viewers should beware that just because it's on TV does not mean it's true."

That leaves candidates to go on the defense against the attacks.

"We knew the other side would make up lies about me to scare you," said Barnes in one response ad.

"You've seen the ads attacking me – they're all lies," said Johnson in another response ad. 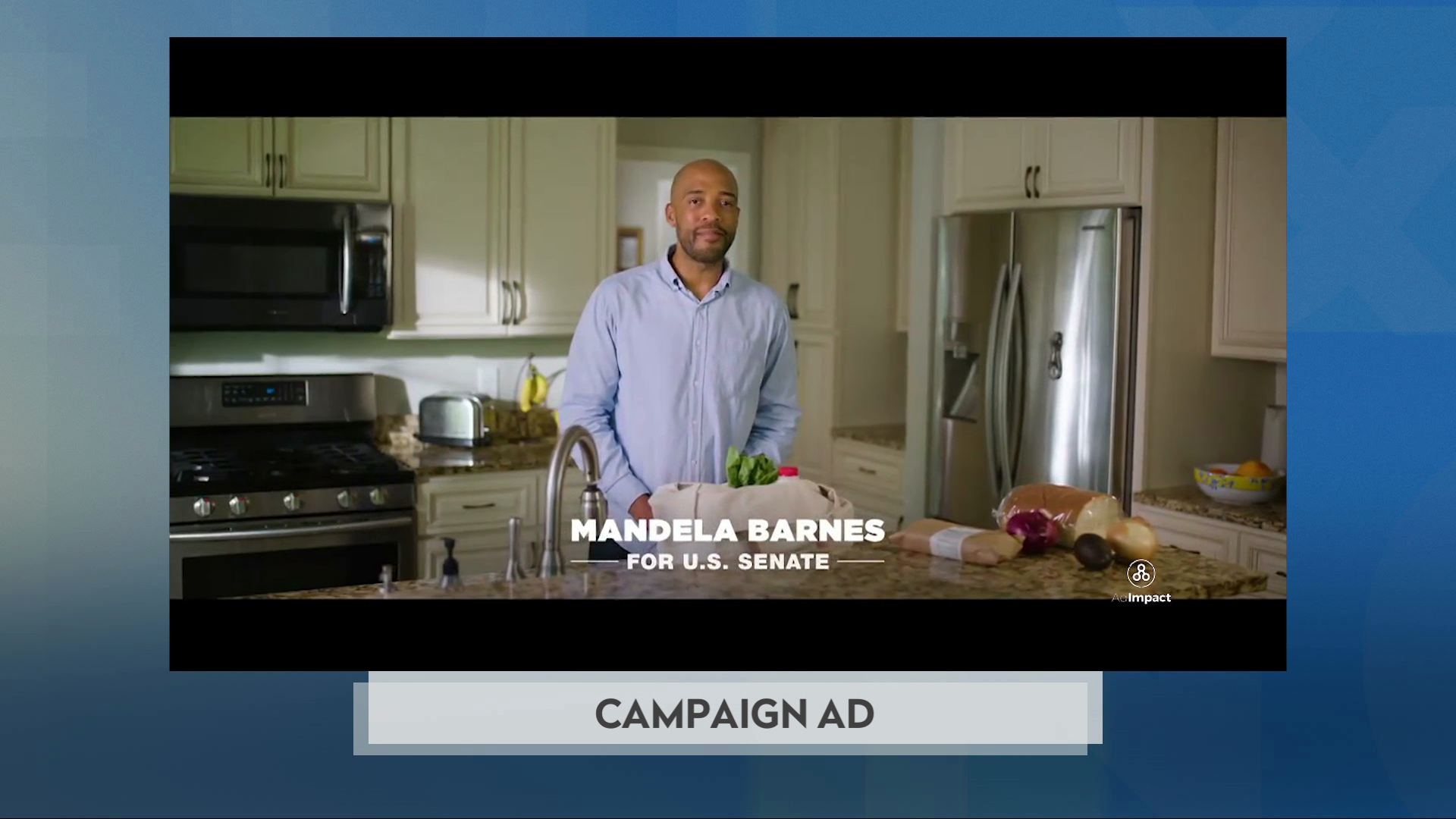 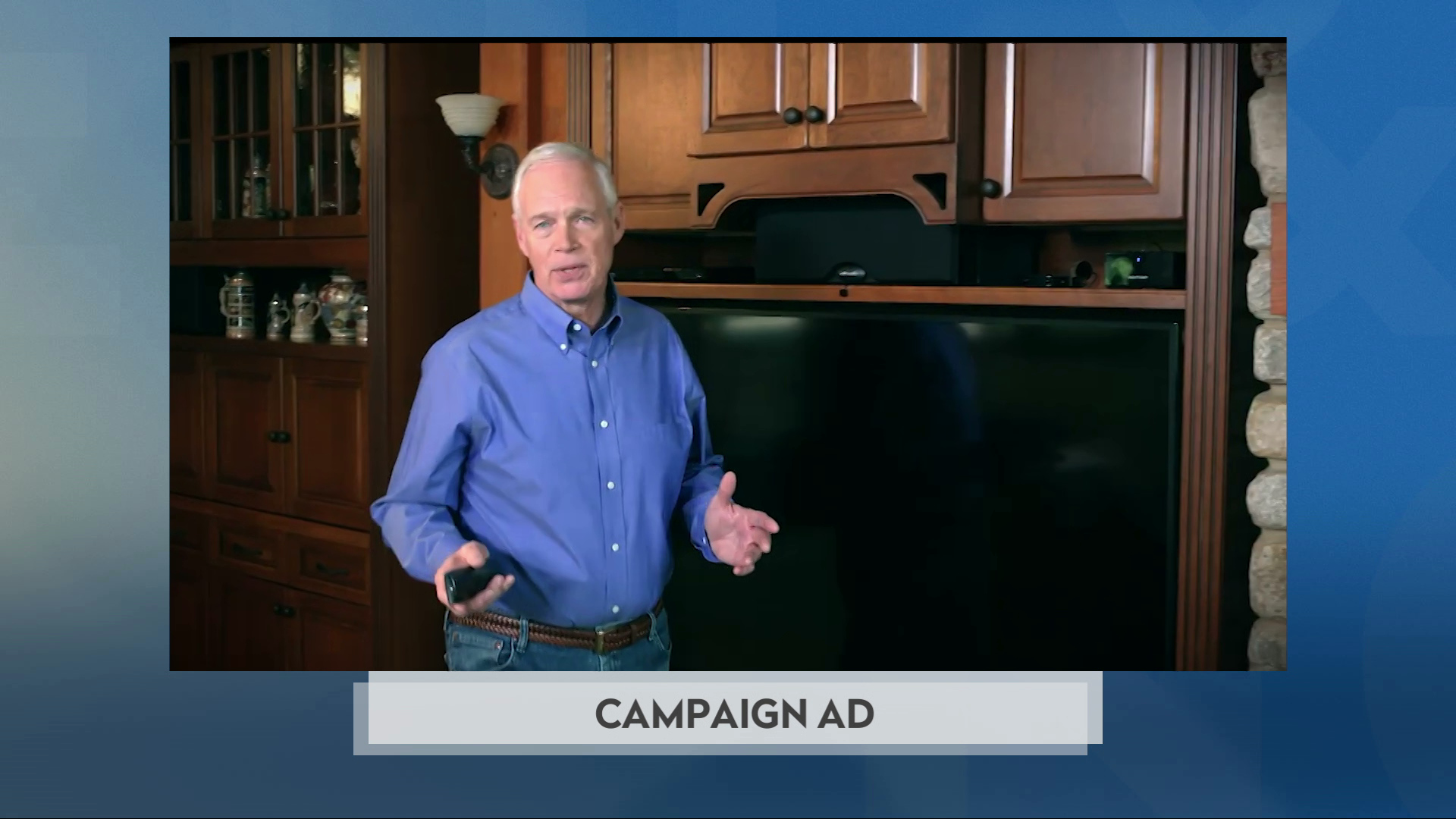 Still, both candidates do have their controversies.

Johnson has come under fire for spreading misinformation about COVID-19 and a plan to give then-Vice President Mike Pence a fake slate of presidential electors.

Barnes has taken heat for paying his property taxes late and for the high cost of his state security detail.

Going into the 2022 election, the political makeup of the U.S. Senate stands at 50 Democrats, 48 Republicans and two independent senators who lean left.

Given that close split, Powell said election results in Wisconsin are key. 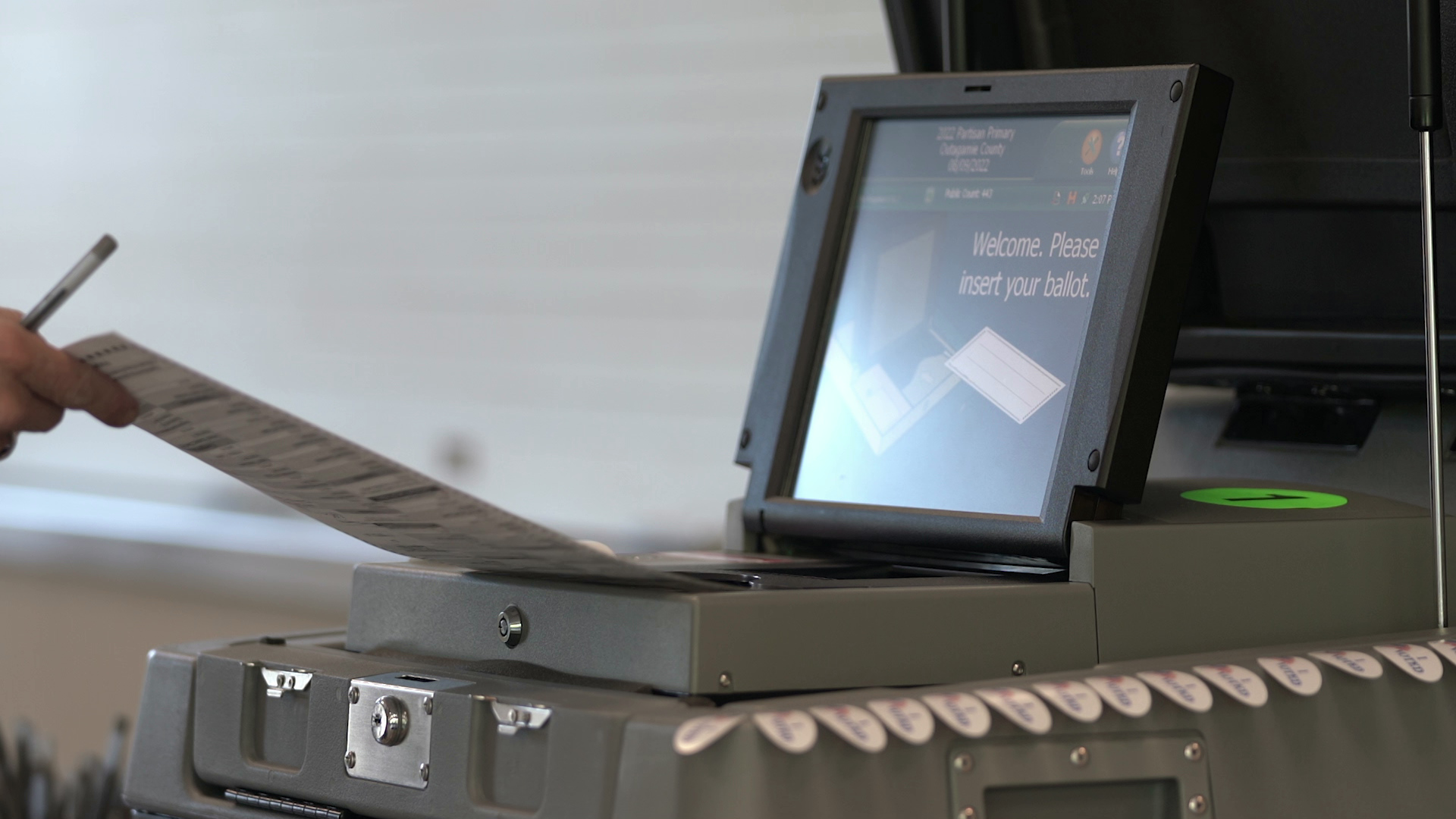 A voter enters their ballot into a tabulator at a polling place for Wisconsin's 2022 primary election on Aug. 9. The general election is being held on Nov. 8. (Credit: PBS Wisconsin)

"The control of the Senate hinges on a sort of razor thin majority right now," she said. "We have the potential to determine who controls the Senate."

It's a familiar situation for the state.

"Wisconsin could be the ballgame here," said Powell. "If you care about the outcome of this race, you should show up on Election Day because we really don't know what's going to happen."