Where Is Wisconsin's COVID-19 Vaccine Delivery Lagging — And Why?
Skip to content

Where Is Wisconsin's COVID-19 Vaccine Delivery Lagging — And Why?

With universal eligibility starting April 5, the pace of coronavirus shots is speeding up everywhere in the state, but rates have been stubbornly lower in Clark, Rusk and Taylor counties. 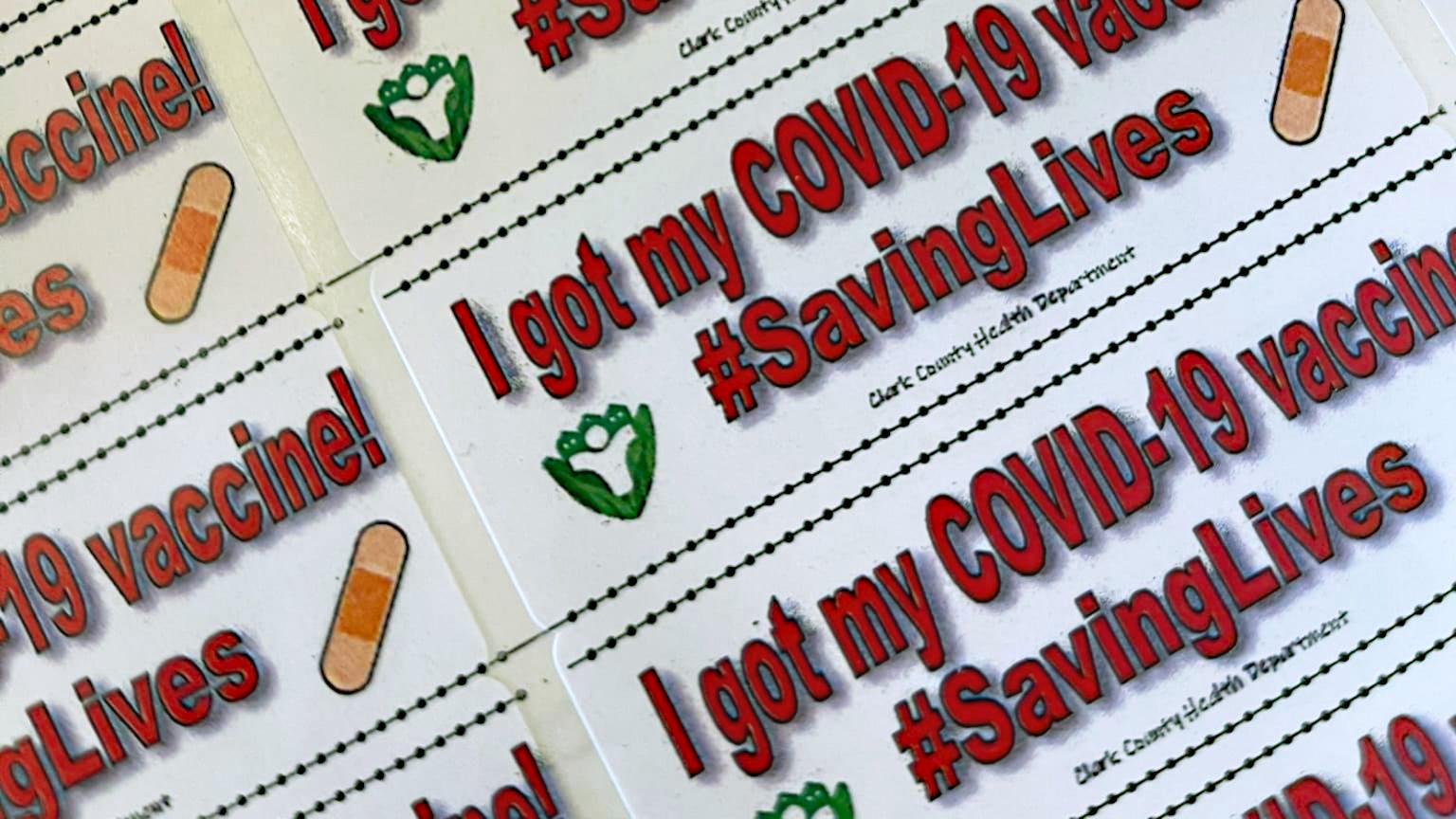 Vaccinating millions of Wisconsinites over a matter of months is a monumental campaign, enlisting the resources of public health agencies at the state and local levels, healthcare systems and individual caregivers, national pharmacy chains and local drugstores. The pace of delivering shots is not steady, though, nor is it uniform among different places.

On March 30, Gov. Tony Evers announced all Wisconsin residents 16 and older would be eligible for vaccination beginning April 5, nearly a month earlier than originally planned. Yet as the state makes eligibility universal for all adults, local vaccination rates vary around Wisconsin. More than three months into these efforts to vaccinate as many people as possible as fast as possible, the difference between the highest and lowest counties is wide — counties at the high end are reporting rates two to three times higher than counties at the low end.

Counties with the fastest vaccination rollouts varied geographically as of March 29 — Bayfield County leads the way at 43.5%, followed by Door County at 41.3% and Menominee County at 39.8%. Though separated by distance, these counties do share some characteristics: each is in the northern half of the state and each is broadly rural.

There are differences among these counties, as well. The median age in Bayfield and Door counties is well above the state average as of 2018, meaning a greater proportion of their populations were eligible sooner for vaccination. On the other hand, Menominee County residents are younger than average. Bayfield County is home to the Red Cliff Band of Lake Superior Chippewa, which is receiving vaccine doses through the federal Indian Health Service. Meanwhile, Menominee County overlaps entirely with the reservation of the Menominee Indian Tribe of Wisconsin, which has received its doses from the state (with distribution managed by the tribal government).

About two dozen more Wisconsin counties have coronavirus vaccination rates for the first dose above 30% as of March 28. They include most counties along the state's northern edge, again reflecting the earlier eligibility of their older-than-average populations.

In terms of people completing the vaccination series, the overall county rankings have some differences. As of March 29, Bayfield County had the highest rate at 31.1%, followed by Menominee County at 27.9% and Iron County at 26.4%. (Ashland County is next at 24.5%, with Door County following at 24.3%.)

Wisconsin counties with lower vaccination rates are also scattered around the state, though those that have consistently had among the lowest levels for weeks are located north and east of the Eau Claire area: Clark, Rusk and Taylor. All three are rural and low in population — the largest, Clark, had fewer than 35,000 residents as of 2019, just a little larger than the Madison suburb of Sun Prairie. Similarly, all three have older than average populations, though Clark County is not far above the state median.

As of March 29, Taylor County had the state's lowest rate of at least one vaccine dose delivered at 17.8%. Immediately to its south is Clark County, which had a rate of 18.4%, and to its northwest is Rusk County at 20.6%. These three counties also have the lowest rates of vaccine series completion, with Taylor at 10.6%, Rusk at 11.5% and Clark at 11.7%.

As is the case with the rest of Wisconsin, vaccination rates in Clark, Rusk and Taylor counties have steadily increased over the first several months of the year. Their pace of vaccinations has consistently lagged behind the state average, but at the same time, they're not too far below others in the state — several nearby counties in western Wisconsin are only a few percentage points higher, as are a few in the southeastern part of the state.

Health officers in all three counties defend their vaccination efforts as more successful than the data suggest. However, they acknowledged challenges in the vaccine rollout, particularly with limited supply. Each said their local health departments have regularly received fewer doses than requested through an allocation system implemented by the Wisconsin Department of Health Services, a common theme across the state and nation where demand outstrips supply.

The health officers described other challenges too, including difficulties common to rural areas around the state as well as some hurdles unique to their jurisdictions. 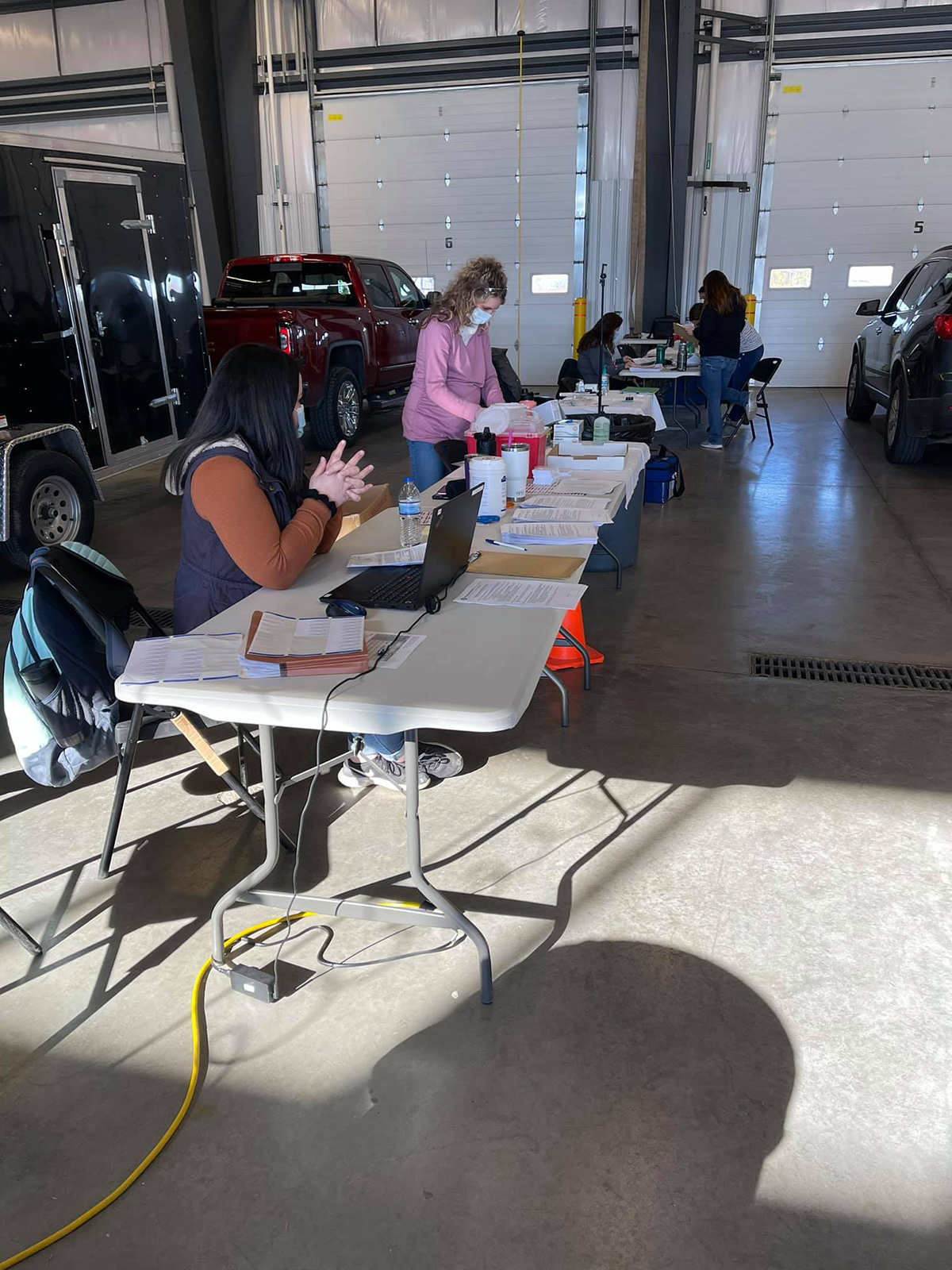 "We are working hard in Clark County, despite the data that is reflected in the numbers," said Brittany Mews, health officer for the Clark County Health Department.

Clark County is also home to many Plain People, residents who belong to Christian groups that often eschew vaccines, including the Amish and Old Order Mennonites. In 2020, more than 40% of births in the county were to Amish and Mennonite families, according to Mews. The relatively large communities have impacted the county's vaccination rates for years.

"Clark historically has one of the lowest vaccination rates in the state," Mews said.

On top of that, Clark County has only a handful of healthcare providers and pharmacies to serve as vaccinators in addition to the health department.

A limited number of places to get vaccinated and people to deliver them has been an issue in neighboring Taylor County too.

As of the third week of March, Taylor County had only two vaccinators, according to Patty Krug, director of the Taylor County Health Department. Those vaccinators include the department and Aspirus Medford Hospital.

As a result, Krug said some residents are turning to vaccinators outside the county, including other sites operated by Aspirus Health Care and the Marshfield Clinic.

However, as vaccine supplies increase, Krug said more vaccinators are coming online in the county, including the Walmart pharmacy in Medford which began offering COVID-19 vaccinations near the end of March.

"Rusk County's numbers appear to lag behind, but in reality they are not," Jacobs said, noting that the county is home to only a small number of people who initially qualified for the vaccine, including frontline health care workers and residents and staff of long-term care facilities.

Still, the share of Rusk County residents aged 65 and older that had been vaccinated near the end of March lagged statewide figures for that group, which became eligible for vaccination in early February. As of March 29, 52.7% of Rusk County residents in the age group had received at least one vaccine dose; statewide, 75% of residents in the age group received one dose as of the same date. (Taylor County's share of older residents receiving a first dose also lagged, at 52.8%, while Clark County's rate was somewhat higher at 60.9%.)

Jacobs said the lower share of older Rusk County residents receiving a COVID-19 vaccine is not necessarily surprising given the lower than average proportion of county residents who typically receive a seasonal flu vaccine.

"A fair amount of vaccine hesitancy is present," he said, adding that some residents have questions about the coronavirus vaccines' effectiveness or whether they would continue to need regular booster shots.

All three of the vaccines approved for use in the United States — from the manufacturers Pfizer, Moderna and Johnson & Johnson — have been found to be effective at preventing COVID-19, with the two-dose regimens from the first two preventing more than 90% of infections. Public data reviewed by the U.S. Food and Drug Administration show that all three vaccines eliminate the risk of hospitalization or death due to COVID-19.

Some other residents don't see a need for vaccination, according to Jacobs.

"I think there is another subset of the population that believes this is like the flu and feel that they are not susceptible as they do not have underlying conditions that place them at risk," Jacobs said.

Despite both being caused by respiratory viruses, COVID-19 is decidedly not like influenza. Public health data from around the world show COVID-19 is far more deadly than typical seasonal flu strains. And while COVID-19 disproportionately kills older people, the disease can be serious in people of any age, and a significant portion of people with initially mild infections can go on to experience disruptive or debilitating symptoms for months.

Health officers in Clark, Rusk and Taylor counties said local COVID-19 vaccination rates would be higher if they received all the doses they've requested from the state.

In a March 25 press briefing, Julie Willems Van Dijk, deputy secretary of the state health department, acknowledged that vaccinators across Wisconsin have rarely received all the doses they request in weekly allocations, even as supply expands and the state's vaccination campaign has accelerated. She noted allocations depend on formulas that take into account the size of local eligible populations and weigh requests by vaccinators like hospitals and pharmacies against others in their region.

Willems Van Dijk also said the state is keeping track of areas where vaccinations are lagging, many of which are rural like the region encompassing Clark, Rusk and Taylor counties. The state's mobile vaccination clinics could help them close their vaccine gaps, she added, noting that clinics recently helped boost numbers in nearby Sawyer County.

"We will offer our mobile vaccination teams to also come to smaller communities and more rural communities throughout the state to boost their vaccination efforts," she said.

Vaccination rates are expected to continue climbing across Wisconsin as expanded supplies allow more vaccinators to offer more appointments and the state expands eligibility to all residents over the age of 16. Dozens of other states have moved up universal eligibility for adults in recent days as fears of another surge of infections grow at the same time as vaccine supplies do as well. In Minnesota, officials moved up universal eligibility to March 30, and in Iowa and Michigan that date is set for April 5.