The experiences of every person who has fled from Afghanistan to the United States is different, but all must acclimate to new surroundings while navigating a complicated immigration system. 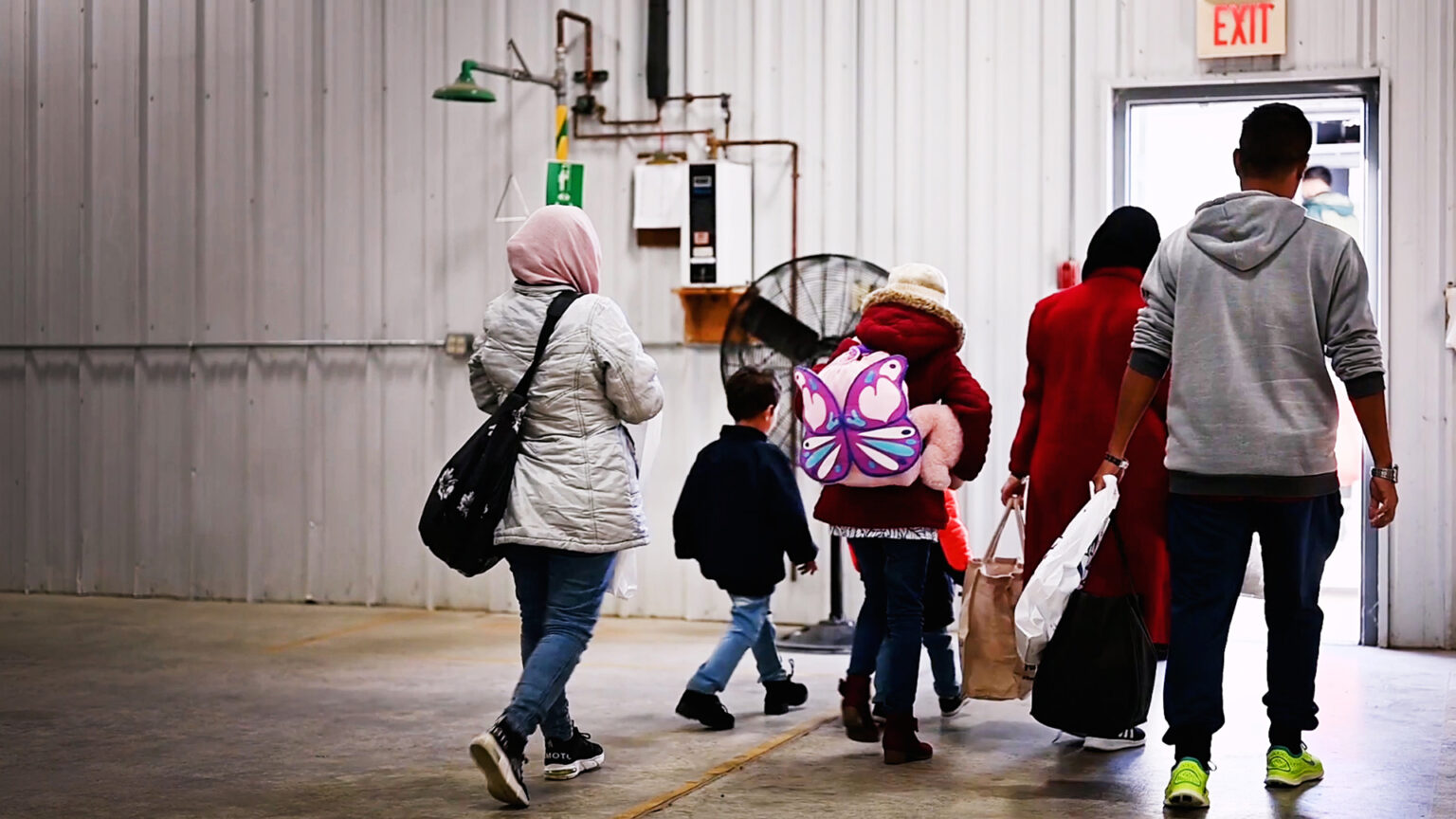 Afghan refugees who arrived at Fort McCoy and are moving on to resettle in Wisconsin and elsewhere around the U.S. are on a long road to making new homes for themselves. (Credit: Courtesy of Fort McCoy)

"I was part of the middle class. Because I had job, I had house, I have family and friends, relatives and connections with people who were somehow in power. But when we came here, we lost control of almost everything," said Sher Khan, an Afghan journalist who uprooted his life when Kabul fell to the Taliban in August 2021.

"I know I survived," Khan added. "This is a big deal to survive."

Many tens of thousands of people who were evacuated from Kabul were brought to military bases around the United States to wait to be resettled. Khan, along with his wife and two children, found themselves at Fort McCoy in western Wisconsin, one of the last bases in early 2022 that continues to serve as a waystation for these immigrants. Federal officials are looking to have everyone there resettled by the end of February.

"As a human being, my instinct is to help others," Khan said.

For Khan and others who got out of Afghanistan, and now for those who couldn’t make it out, the threat of the Taliban is real and traumatic. However, Khan is looking forward to getting back to what he loves: journalism.

"I don't know why journalism just stick to me. I can't live without journalism," Khan said. "I just want to narrate the misery of my people. At least the people in the United States and the people in the international community know how much pain the Afghan people suffered."

Khan and his family left Fort McCoy in January to settle into their new life in Massachusetts. Despite not being placed closer to Washington, D.C., Khan is still going to look for opportunities to work as a journalist.

"I might speak English that's understandable, but that doesn't necessarily mean I know every single thing about the culture. That's why some people, including me, might behave strangely," Khan said. "It is not easy. But I think the generous support of the community members can make that transfer from one life to another life easier."

That type of support was felt by Matiullah Matie and his family, who were resettled in Wausau. They received a warm welcome from local officials and faith leaders when they arrived at the Central Wisconsin Airport in Mosinee.

"I told them, 'This is like my wedding night.' I did not feel that I am out of Afghanistan," Matie said.

As covered by Wisconsin Public Radio reporter Hope Kirwan, Matie says his family has enjoyed getting to know his new neighbors, sometimes hosting them in his home over milk tea.

Matie was tribal leader from southern Afghanistan and worked for the U.S. Marines from 2009 to 2014, helping to hire workers for local infrastructure projects.

"I was in Kabul with my family when they killed my brother's daughter, and they burnt my place. I knew that they don't want me to be alive," Matie said.

Like many who worked for the U.S., Matie became eligible for a special immigrant visa, or SIV, as early as 2011 but he didn't want to leave his home. However the Taliban takeover made the decision for him; he had to leave.

Now, Matie is concerned about his immigration status and where he stands getting his SIV, a process that can normally take up to a few years.

"That is not only difficult for me or a problem for me, that is the problem for all of us. Especially for those people who can't speak English — they are like blind," Matie said.

The United States emergency airlift of 120,000 people out of Afghanistan was "a Herculean effort," said Madison-based immigration attorney Grant Sovern, who serves as board president of the Community Immigration Law Center.

Another Herculean effort must happen to ensure the tens of thousands of Afghans in the U.S. will be able navigate the immigration system in order to stay.

Many, like Matie, had an SIV case somewhere in progress when they came to the U.S. However, Sovern estimates 50-60% of people are here under a special temporary parole status.

The majority of Afghans are currently living in a legal limbo, Erin Barbato, a University of Wisconsin Law School professor and director of its Immigrant Justice Clinic, told Here & Now in a Jan. 28, 2022 interview.

"Most of the people that came over from Afghanistan that didn't not already have an immigrant visa or were U.S. citizens or a Special Immigrant Visa, they were admitted in something called parole status, that the government has the ability to admit people and the United States for humanitarian reasons," explained Barbato. "So that's how many of the people arrived and are now living in that status while they seek the next steps to have a pathway to citizenship.”

With a limited amount of pro bono immigration legal services, there's concern among advocates about getting Afghan refugees through all the steps before looming deadlines required under U.S. immigration law.

"We are starting to provide legal services to Afghans who are living in the community and seeking asylum or in the process of deportation," said Barbato. "We're hoping to provide representation to a number of families and individuals, but there are not enough resources at the Immigrant Justice Clinic and really hoping to create more of a community effort with other NGOs in the state."

Before anyone can gain traction in the immigration system, they first need a permanent address.

"Right now, we're trying to get them here, and the next step is getting them connected to lawyers for the long-term asylum process," said Mary Flynn, a program director for refugee resettlement at Lutheran Social Services of Wisconsin and Upper Michigan.

However, as is the case with strained legal resources, resettlement agencies are feeling overwhelmed as small staffs are working to connect Afghan families with everything they need to start a life — things like enrolling children in school, getting health exams, looking for jobs, and starting English language classes and other cultural orientation. Most desperately needed is affordable housing, particularly close to necessities like grocery stores and public transportation.

Barbato emphasized that along with their physical and legal needs, and like anyone seeking asylum, it is just as important that Afghans who have come to the U.S. need resources to sort through the trauma of leaving behind a war-torn home.

"The trauma is something that people are really going to need resources to deal with and to heal from," she said. "I'm hoping that we can provide that as a country to these people from Afghanistan."