The Press Must Go On 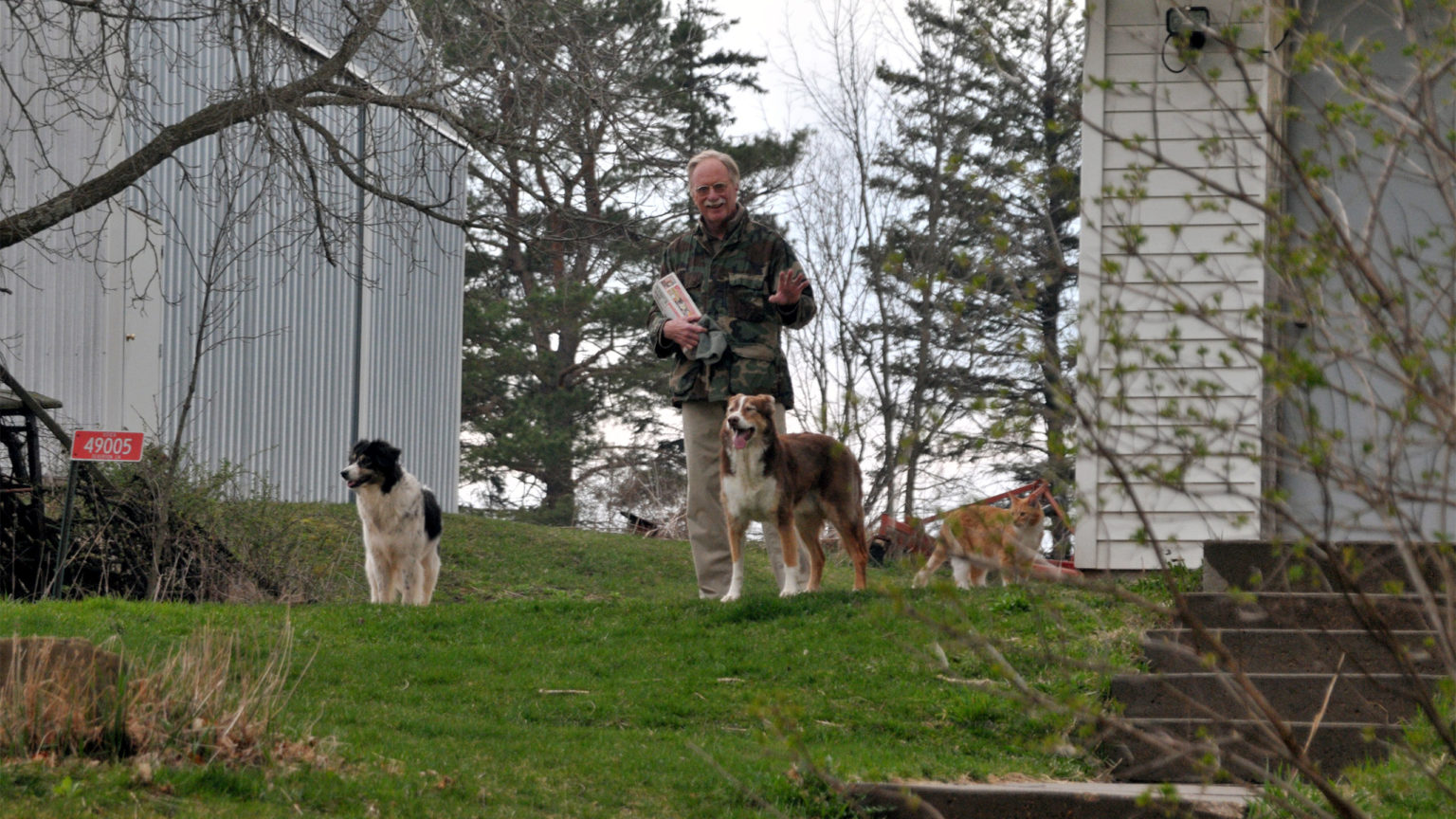 As someone who’s made a living with words for decades, Crawford County Independent and Kickapoo Scout editor Charley Preusser is attuned to subtleties in language. “Today, I finally figured out the difference between working from home and working at home,'” he wrote, from his home in rural Soldiers Grove. “The at home means you stayed home from the office and did some stories. The from home means you do everything from home and never go to the office.” 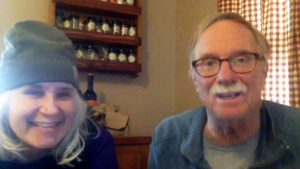 Preusser has not gone to work at the office for several weeks. Neither has reporter Gillian Pomplun. Under any conditions you could say the editor and reporter have a close working relationship. The couple lives together on a hilly farm a few miles from the paper’s Gays Mills office, so keeping in touch about work hasn’t been a problem. And with that much space, neither has social distancing.

“This farm itself is 200 to 250 acres,” said Preusser. “It's adjacent to other farms of that size. I'm literally on a couple of thousand acres with, who knows, eight, twelve other people.”

“I range very far outside of what most logically would be considered the coverage area of our newspaper,” she recounted. “I mean, one week I was in Sparta, and I was in Platteville, and I was in Prairie du Chien. And that's something that our newspaper is known for.”

Unable to go out, Pomplun keeps a close watch on social media to search out what’s on people’s minds.

“You have preconceived notions of where people are going to fall on the spectrum. Sometimes there are people that you really thought would say, ‘open it back up,’ and they're not. And vice versa,” Pomplun observed. Crawford County has swung politically in the last few elections. “I think people's approach to whether or not to wear PPE (Personal Protective Equipment) in public, wear masks — it’s a statement. It's an attitude.” 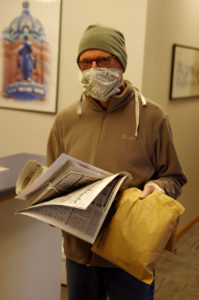 “A lot of places I go, they don’t put on masks,” added Preusser.

He has to venture out every Wednesday to load the newspapers in his bright orange Subaru and tool about on the county’s winding roads. He drops off stacks of the paper to be sold at places like convenience stores that remain open.

The risk must have struck home for Preusser when he found out that the county’s first COVID-19 patient was someone who performs a similar job. Rural mail carrier Craig Bell also delivers paper and came down with a nasty case of the coronavirus.

Bell’s story of a remarkable recovery and neighborly welcome home was featured on the Independent’s front page. A scoop that Preusser was able to get, as he explained it, “because I live in a small town. Man, that’s why.”

Safer At Home started at a fortuitous time as Preusser sees it since his job includes covering the area’s high school sports.

“I say, thank God. I hate cold baseball,” he said with a shudder. “Thirty seven degrees with some rain bordering on snow. Yeah, that’s it for baseball in Wisconsin.”

Though, he may be coming around on it.  “When May comes...well, now you feel like baseball!”

Preusser added that for the first time he’s missed meetings of the school board in Seneca, one of the villages they cover. But he’s heard that a new member, who works in information technology at Trane Technologies in La Crosse, sees a future in virtual schooling continuing after the crisis. It could make some sense in an area that often sees closures due to snow and flooding.

Whatever changes may come to Crawford County over the next few years, readers can be sure they will continue to be published by the Independent and Kickapoo Scout, whether from home or office.