What do community gardens, global pandemics and movements in support of Black lives have in common? To Venice Williams, Executive Director of Alice’s Garden in Milwaukee, they connect us to our past, keep us grounded in the present, and provide a roadmap to a better future.

“I’ve been experiencing a kind of exhaustion that I’m not used to, because it’s an emotional, and in some ways, a spiritual exhaustion,” Williams said. “I feel a little depleted, and I’m not used to feeling depleted. I’m pretty good at balancing things but it’s been okay, because I’ve just pulled back. I take more baths, more naps, drink more tea and am just gardening at home more in my personal yard, which then isn’t work.”

Almost three decades after taking over Alice’s Garden in Milwaukee, Williams is deeply connected to the history of the 2.2-acre urban farm and community garden.

“The farm itself has existed since 1972. It has some incredible historical significance,” she said. “Obviously, it was first home to Native folk who didn’t have the need to own land and earth and put a claimed stake in it, and we always honor that. It is also part of the birthplace of the Underground Railroad in the state of Wisconsin.” 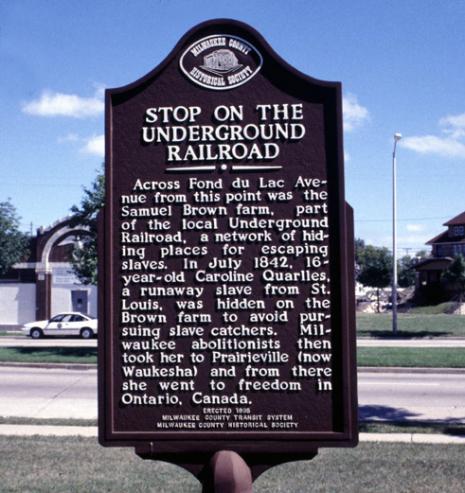 Nearly two centuries after runaway slave Caroline Quarlles’ dangerous journey to freedom, Black women continue to grapple with the legacy of slavery. Policies and practices that contribute to race and gender discrimination help explain why, in 2017, the median annual earnings for Black women was 21 percent less than white women.

“History matters to us, and that historical piece, along with our own ancestral legacies shape the work that we do at Alice’s Garden,” Williams said. “We like to say that we use gardening as the carrot, pun intended, to get people to come through the gate to impact their entire quality of life. It’s about cultivating community － growing food and growing community at the same time.”

A week-and-a-half after the state and county stay-at-home orders were issued, Williams’ business blossomed.

“Once the pandemic hit and foodstuffs were not available in those first few weeks in the grocery stores, the waiting list I had of nine people quickly shifted to 47 people.” There are only 100 plots for community gardening on-site.

“That was the first thing that happened －folks awakened to the fact that, ‘I am dependent upon someone else to grow my own food, and when these foodstuffs are not available, what do I do? I’m going to attempt to grow my own food’” she said. “We haven’t just felt that at Alice’s Garden. Every nursery, every seed company, every fresh plant seedling provider, they say they haven’t had a booming business year like this in 50 or 60 years.”

Williams was also encouraged when she saw that those gardeners with assignments had a renewed dedication to their plots. “The garden has not looked this wonderful during my tenure.”

Later, Williams re-opened up the meditation path for walks. Walks occur by appointment-only and everyone must wear a mask.

During the week of Juneteenth, two days before leading an “Emancipating Whiteness” labyrinth walk, Williams reflected on the spiritual impact of Abraham Lincoln’s 1863 order to free all slaves in the U.S. 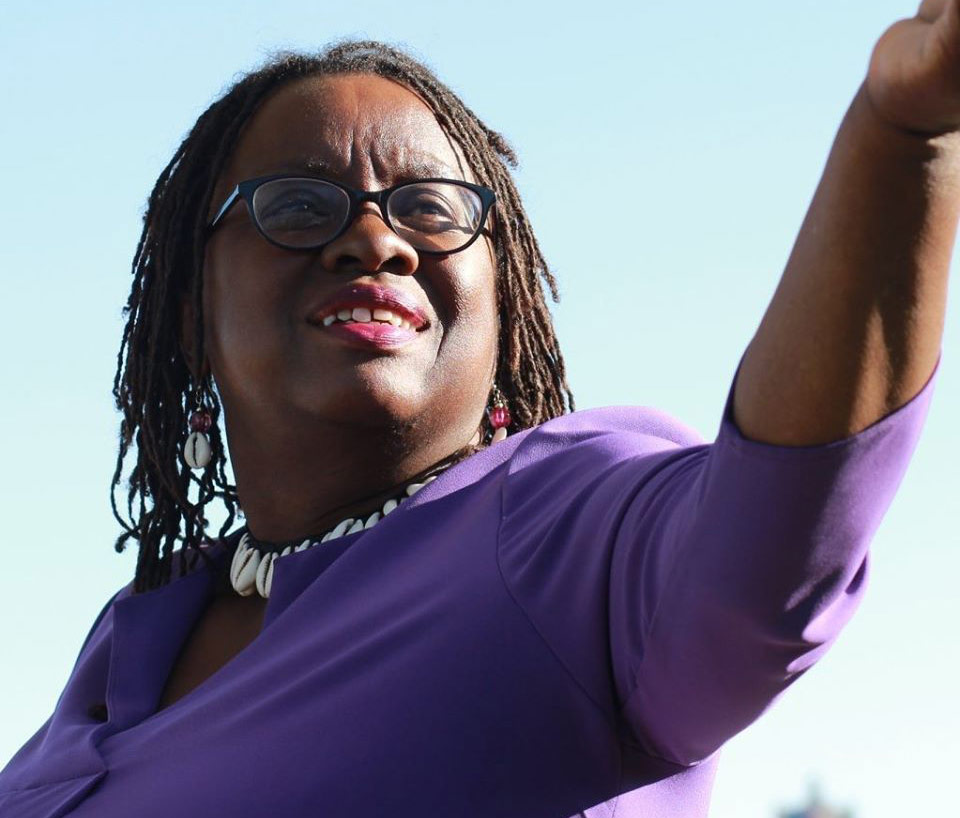 Williams is in no hurry to reopen the farm to full capacity. A minister of the faith-based community at Alice’s Garden called, “The Table,” she also considers herself a “cultural and spiritual midwife” －acting as a bridge to help people bear discomfort and give birth to new and better versions of themselves. That takes time, she said, and patience.

“I understand people wanting to get out. But, I think we also have to acknowledge and name that,” Williams said. “A lot of what’s happening is people get tired of being with themselves and the truth about themselves. We’re running from ourselves. We want to come up for air, and I’m saddened, because I do think we’re back to missing some opportunities for reflection and deep change, but unfortunately, it’s not over. We’ll be able to do that again.”

Lately, when asked by community members to help them birth new projects, or by reporters to give interviews about her experiences, it’s more important than ever for Williams to set clear boundaries and decline work when necessary.

“It’s kinda cute because people will say, ‘Well, can you be on this thing related to food justice or this other thing that we’re doing?’ My response to them is, ‘Baby, I’m already doing that’. And so, ‘Welcome,’” she said. “You don’t have to invite me to unpack racism.”

She noted that her spiritual and cultural work with Alice’s Garden and other projects did not happen because “another black man, or another black woman was murdered.”

“We’ve been doing this work. So, for those who are experiencing an awakening, wonderful. Don’t go back to sleep.”