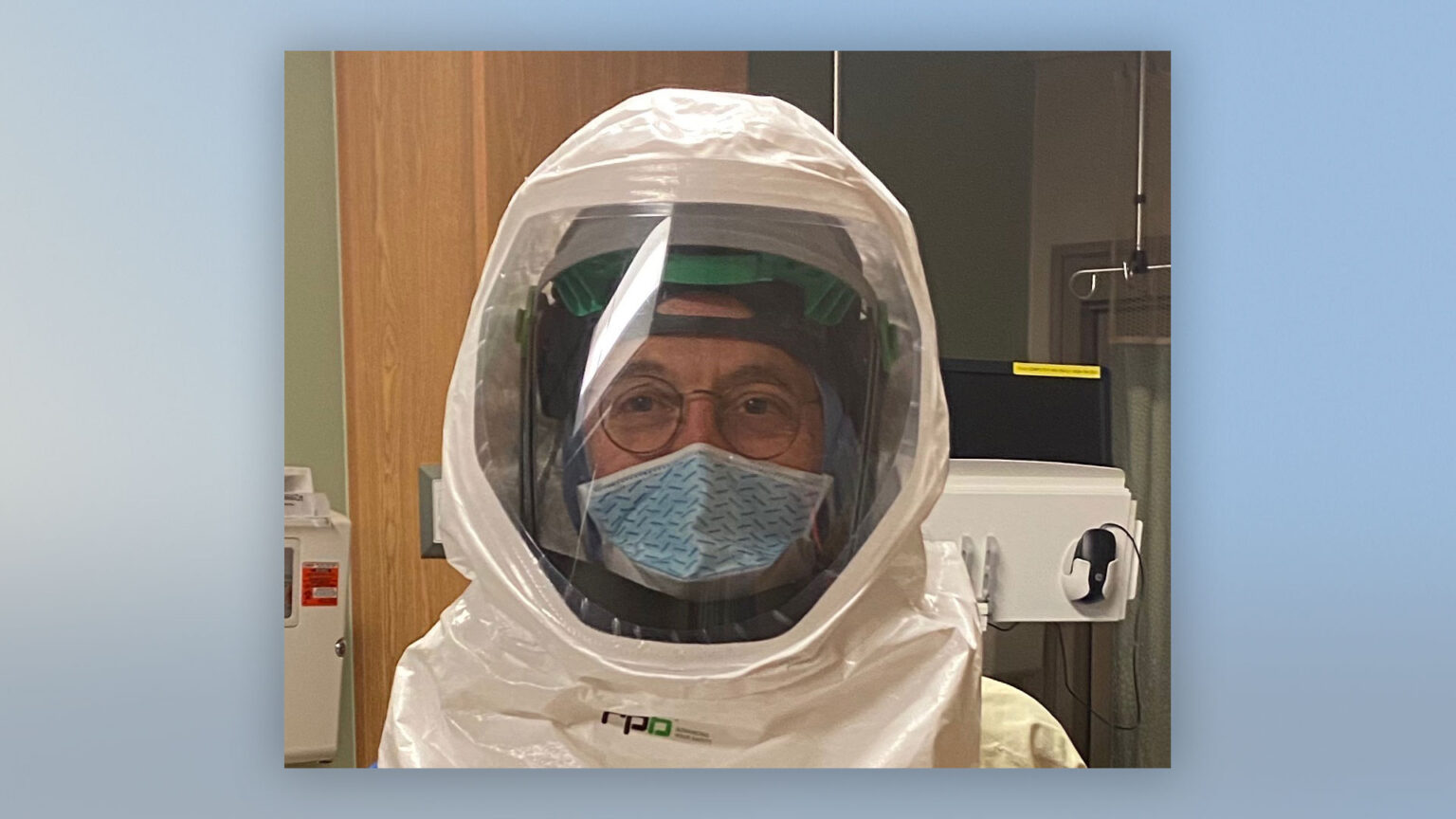 Peter Pryde, MD had no idea the year he chose to reduce his clinical hours would be the year a global pandemic would strike. Still, he’s earned the extra time at home. The Michigan native started his Wisconsin career in 1998 when he became the Director of Prenatal Diagnostic Services in the OB-GYN department at the UW Medical School. 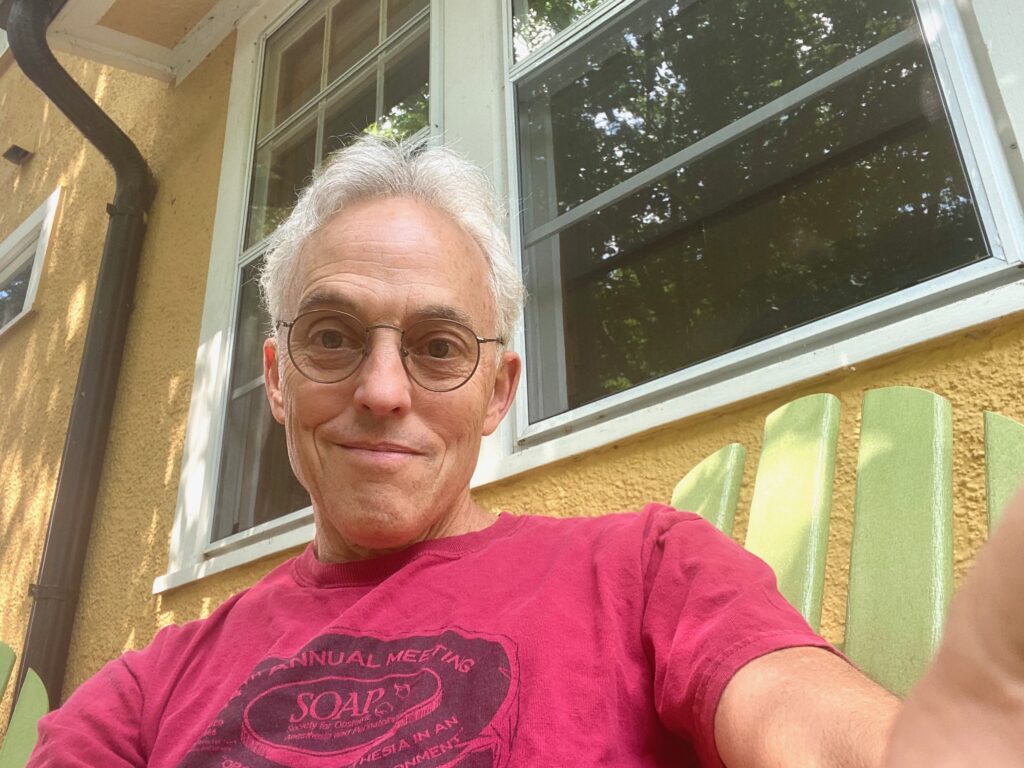 Eventually, working with high risk pregnancies demanded more time than Pryde could give. His own children were growing up while he was at the hospital. In 2006 he completed his residency in anesthesiology allowing him to work the more predictable schedule of an anesthesiologist while still focusing on anesthetic and medical aspects of maternal care.

Some of Pryde’s duties were altered after care for COVID-19 affected patients began at Meriter Hospital in Madison, where he is now the local Principle Investigator for “Expanded Access” for Convalescent Plasma for Patients suffering with COVID-19.

While the expanded access program is conceived of as a study, it is not a true randomized clinical trial. Rather, it allows broad patient access to a promising, but not yet proven therapy. Patients are informed about the treatment and then, together with their physician, agree to try the therapy. Potential benefits as well as potential risks are discussed.

PBS Wisconsin caught up with Pryde this week, at home on a day off, to ask about his work and his thoughts about the status of the virus in our community and nationally. At the outset of the interview Pryde asked it to be known that, “I’m not an infectious disease specialist. But I am an old doctor with broad experience, curiosity, and I’m a voracious reader of the evolving medical literature.”

PBS Wisconsin: What is the Convalescent Plasma program? How does the treatment work?

Peter Pryde: Convalescent plasma is not just plain plasma. It is the plasma fraction of blood taken from a patient who has recovered from COVID-19. It therefore has antibodies that are specific to and bind to the spike protein that is present on the surface of the virus SARS COV19 which is the cause of COVID-19 disease. By binding the spike protein, these antibodies coat the virus and “neutralize it” so that it cannot attach to patient cells, thereby preventing uptake of the virus and infection of those cells.

Although some early data are promising, the treatment has not yet been proven effective for COVID-19 disease. Also there remains a paucity of alternative highly effective treatment options. Accordingly, we’re using the restraints of a clinical trial, including a carefully crafted informed consent process and treatment protocol that was shared with us--and several other centers nationally--including UW Hospital--by a research group at the Mayo Clinic.

PBS Wisconsin: But plasma treatments have been around for a long time, haven’t they? With some successes along the way?

Peter Pryde: Yes. Clinical trials of “plasma therapy” date back as early as the catastrophic influenza pandemic of 1918. Back then the strategy was providing simple blood transfusions from recovered influenza patients to acutely ill influenza patients. This actually had remarkable results considering the medical technical challenges of that era. More recently, there have been promising results using convalescent plasma in sick patients during the 2009 H1N1 pandemic.

PBS Wisconsin: How do you see the disease differently now compared to when it first started coming into the hospital?

Peter Pryde: The biggest insight is that its transmissibility is very much related to aerosol (airborne) route, and dose of the exposure. Picking it up from surfaces is possible, but surfaces are now recognized as a less likely source of infection than breathing the expired micro-droplets exhaled from an infected person. 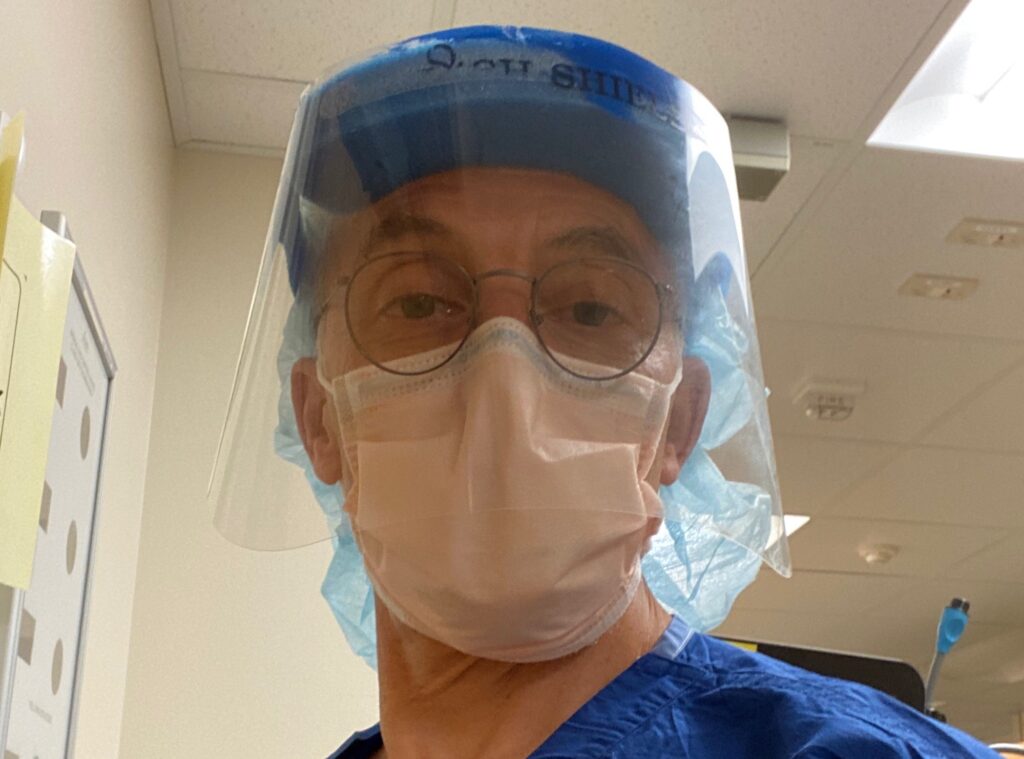 PBS Wisconsin: What about insight into what happens once a person gets sick?

Peter Pryde: We now understand a lot better who is more likely to get sick and who is less likely. People who get the most ill appear to have an outsized immune response to the virus. That immune response can be so profound that multiple organs can be injured independent of the virus’s effects. Most people who die from the virus are dying from the consequences of their own immune response.

PBS Wisconsin: What’s the least understood thing about the virus among the general public?

Peter Pryde: People are way too casual about it, currently, and I don’t know why. There’s a profound misunderstanding about the importance of and rationale for people wearing masks. Can you believe that a clearly effective public health measure, like wearing a mask or not, might be viewed as a political statement? That’s the most twisted idea to emerge in the American COVID-19 crisis. But refusing masks is no a world-wide phenomenon. You go to New York, where people have personally experienced the dangers of this virus, and people take masking and social distancing very seriously, already effectively reducing spread. Same is true in France, Italy, and even more so in much of Asia.

Another underappreciated issue is the marked excess in mortality and infection rate among people who are Black and LatinX. The impact of this pandemic is not equal for them. To some extent baseline health characteristics, but more importantly socioeconomic circumstances that markedly increase exposures in the workplace, create difficulties in social distancing at home, contribute to these inequities. Likewise access to care, and there is some evidence of lesser quality of care even after accessing care, generally, among these groups. Current evidence suggests that rates of acquiring infection, and subsequently dying from complications of infection, may be as high as three times the rate among Caucasians.

PBS Wisconsin: And then there’s the growing number of people in their 20’s who are becoming infected. What do you think the UW-Madison should be planning with regard to students returning in the fall?

Peter Pryde: My own opinion: the most dangerous thing they could do, for Madison, is to bring students back this fall. So far college-aged students have just not shown themselves to be either knowledgeable enough about, or perhaps concerned enough about COVID 19 and its transmissibility. They travel. They socialize. With few exceptions they’re not mask wearers. I get that it is really a bad deal for them at this age. At that age I would have probably acted the same way. But I do think that to have all those students coming from everywhere and anticipating how many of them may be unable or unwilling to socially distance, mindfully hand-wash, and consistently mask, I think it’s a bad idea. As someone who doesn’t want my hospital, or any hospital, overcome with COVID-19 cases beyond our capacity, I actually fear it.