The Pandemic’s Impact on People Experiencing Homelessness in Wisconsin

PBS Wisconsin talks with a married couple who are living without housing — for the first time in their lives — during the pandemic. We also talk with Elizabeth Duffie, manager of Porchlight’s Safe Haven, one of Madison's only day shelters serving people experiencing mental illness. 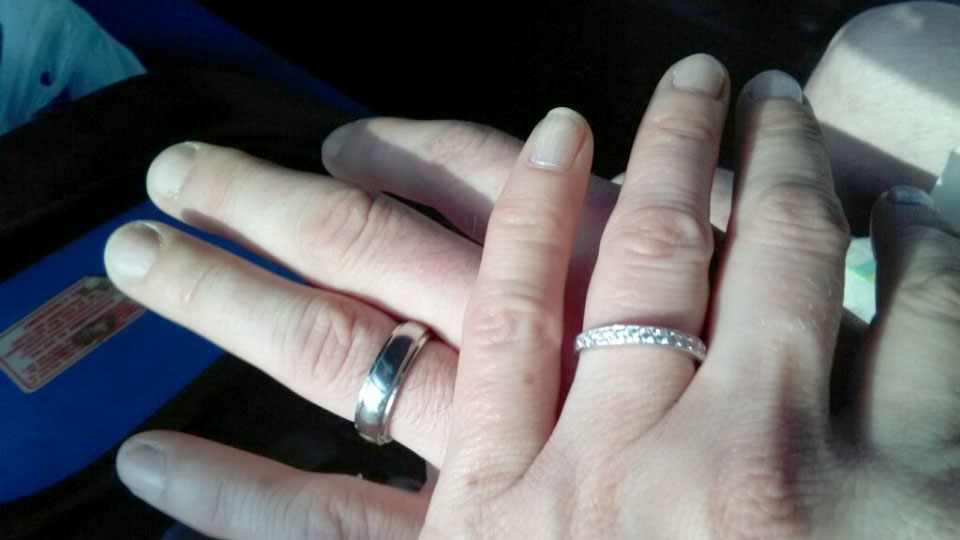 When It’s Safer at Home, What Happens When You Don’t Have One?

Even as Wisconsinites slowly venture back into the world, one thing is known about COVID-19: staying at home helps reduce the spread of the virus. This practice has been, to say the least, difficult for people who don’t have a home.

People like Sonya and Brad, who have been married 24 years.

The couple is living in a campsite on Madison’s east side. They asked PBS Wisconsin to use Sonya and Brad as their names. They have children in college. This is the first time either one has experienced what life is like without a home.

Their kids don’t know that their parents are sleeping in a tent near the highway and they’d like to keep it that way. “Family members have all reached out to help the kids with school and now they’re going to be able to get out without any debt,” Brad said. “We don’t want to burden them with our situation.”

“If you don’t have a home, there’s not a realistic way to do (safe distancing),” said Elizabeth (Liz) Duffie, manager of Madison’s only drop-in center specifically for people with mental illness who are experiencing homelessness, Porchlight’s Safe Haven. “Here’s a population where they’re not really able to practice the type of social distancing that the rest of us are doing for public health. Even if they’re not staying in a shelter and are choosing to camp outside, they’re still probably using congregate sites during the day (like ours) to get meals, to do laundry, to take showers.”

As restaurant workers who were let go from their jobs almost as soon as the pandemic arrived, Sonya and Brad are grateful for the services that Safe Haven provides. “Restaurants were the first to go and I think they’ll be the last to reopen,” said Brad. Even when they do reopen, Brad’s concerned they won’t be able to go back to being fully staffed, which means that he and his wife don’t expect to be invited to return to work any time soon.

Sonya and Brad’s living situation isn’t the only thing that changed. So did the ways in which they saw themselves.

“For most people, employment is a part of identity. Identity has been stripped away for people that are unemployed,” Duffie said.

During their first week without a home, Sonya slept in a local women’s shelter, while Brad camped out. There are no shelters in Madison where couples can stay overnight together unless they have children with them. The couple didn’t want to stay apart any longer so they decided to camp out in order to be together. Now, they visit Porchlight’s Safe Haven regularly to receive fresh meals, take showers and do laundry.

“We’re so grateful for Safe Haven,” said Sonya. “They’re putting their life in jeopardy to help us. Some of the (guests) here can be very unkind to staff. But all the Porchlight employees have been wonderful.”

Earlier this month, Madison Mayor Satya Rhodes-Conway signed an emergency order that allowed people experiencing homelessness to build temporary encampments in public parks. Brad understands how some people may see their campsite as an eyesore or a threat to their safety.

Most of all, Sonya and Brad are grateful to have each other during this stressful and challenging time.

“Our relationship is the best it’s ever been,” Brad said. “We’re going to climb out of this.”

Sonya agrees. “We’ve learned more about each other and grown. There’s no distractions so we have lots of conversation.”

Essential Work: Helping Those Without a Home

Managing a Homeless Shelter During a Global Pandemic 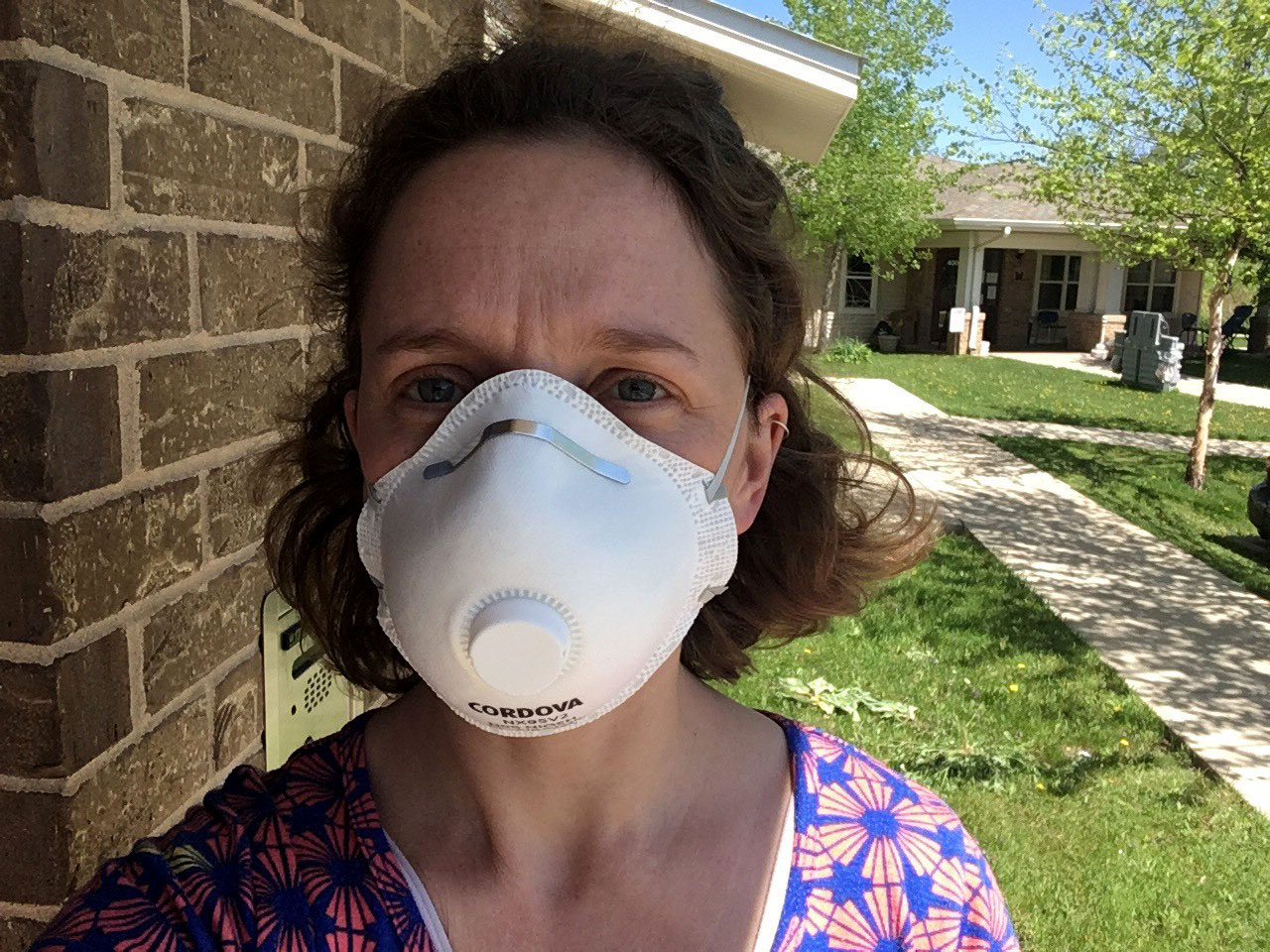 Porchlight’s Safe Haven in Madison gives the homeless a place to access a sanitary restroom, shower with toiletries, put on a change of clothes and wash their own. There’s also a communal space for watching television and getting rest. Duffie and her small team provide a variety of services, from helping guests apply for temporary housing to taking clients in crisis intervention programs to appointments with healthcare providers.

“When we shortened our hours, that had a big impact on our clients who, when we close, might not have another place to go for the day,” said Duffie. “They might be sitting outside, which, depending on weather, may be okay or not.”

The Wisconsin Senate passed a bill in January to provide $1 million to support homeless shelters across the state. As a result, counties across Wisconsin are currently providing emergency temporary housing in hotels for homeless individuals who have, or are at, the highest risk of receiving a COVID-19 diagnosis. Duffie and her team at Safe Haven have recommended some of their guests for the program. Still, she thinks there may be better ways to apply the funds.

“Putting people in a hotel, and paying for that, whether you’re paying for it on a weekly, or even a monthly basis, is actually more expensive than actually subsidizing someone’s housing,” she said. Even with these kinds of efforts, shelters like Safe Haven have had to stop providing some resources like sleeping areas, and have reduced the number of daily meals provided.

Guests can still grab a freshly prepared meal for breakfast and lunch, but dinner services are no longer offered. Instead of the cafeteria-style meals they used to share together, guests now grab-n-go.

“Everything is now in to-go containers,” Duffie said. “Everything’s just a little more sterile, a little bit more institutional feeling, which is already a complaint a lot of people have who use homeless services — that they feel like they're in jail. We try not to make it feel that way, so that it’s a place that people can identify with getting assistance.”

Guest traffic has slightly increased in recent months and staying physically distant at the shelter is almost impossible.

For guests, the communal TV room may no longer feel like a safe place to be.

“I think there’s some self-limiting of ‘Hey, I was going to come for lunch and stay for a few hours, but it’s so busy, I can’t even find a seat.’ Some of that is probably happening,” Duffie said.

For staff, the team has had to learn how to spend their shifts in respirator masks. “We’re lucky enough to have personal protective equipment, which is great” said Duffie, but resources are extremely limited. “We do reuse masks that were not meant to be reused, but we have the ability to protect ourselves.”

Wearing an N-95 mask is no walk in the park, Duffie admitted, but the worst part about them may be that, “it’s impersonal when you’re trying to build rapport with people who maybe have a mental illness, or lack of trust either due to their mental illness or just because they’ve been mistreated by people in the past. They can’t read facial expressions that we make to tell them that we’re smiling at them, or looking concerned. That’s been something I’ve had to adjust to.”