Gov. Tony Evers was light on details Thursday as Republicans criticized Evers and his staff for recording a phone call with legislative leaders. Assembly Speaker Robin Vos also faced criticism for comments he made on the call about immigrant culture. 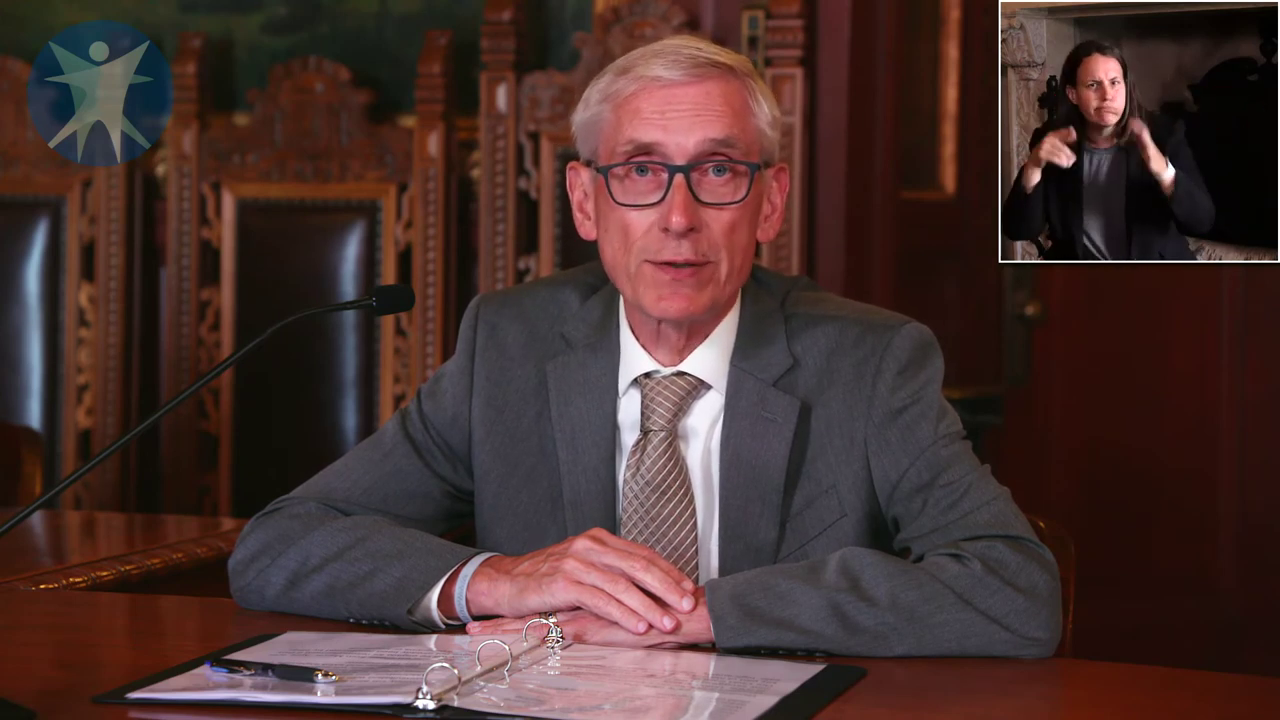 Gov. Tony Evers addresses the recording of a phone call between him and legislative leaders in a June 11, 2020 media briefing.

Gov. Tony Evers remained largely silent during a Thursday media briefing on issues surrounding the recording members of his staff made of a conversation with Republican leaders without their knowledge.

“I did not know about it. A staffer wanted help in taking notes and that's why that staffer did that,” Evers said, without discussing what discipline the staffer might face. “I will not discuss personnel issues in public.”

As GOP leaders criticized the governor, saying his actions damaged the relationship between Republican and Democratic leadership, Evers fired back during the briefing.

“Alls I can do is reflect back on the lame duck session,” he said, referencing a slate of bills passed late in former Gov. Scott Walker’s term that took powers from the executive and placed them with the legislative branch. “I was really irritated about it and I didn't think it was right, but that did not stop me from trying to work with the Republican leadership.”

The call also caused ire to be directed at Assembly Speaker Robin Vos for comments he made saying the culture of immigrant populations caused an outbreak of COVID-19 in Racine. Evers declined to discuss the comments Thursday.

“Certainly immigration status, race or ethnicity have no biologic role in someone's risk of acquiring infection,” said state epidemiologist Dr. Ryan Westergaard during the briefing. “Working in indoor environments without physical distancing and without face masks is a well-known risk factor and those things are known to be true independent of race, ethnicity or background.”

The comments sparked calls for the speaker to resign, including from advocacy group Voces de la Frontera.

“Vos’ comments on immigrant culture are out of line and disrespectful,” said DACA recipient Morelia Blanco in a press release from the organization. “Culture isn’t the issue, it’s a lack of proper protections and necessary safety measures for immigrant essential workers.”

Vos responded to the calls for his resignation, saying he was following facts.

“Listen to what was said and not the sensationalist headline. Facts show communities of color are disproportionally [sic] impacted. That's science,” he said.

During the Thursday briefing, the Evers administration also dodged questions on why former State Health Officer Jeanne Ayers was asked to resign in early May.

When asked about Ayers and the departure of the state’s third top health officer Nicole Safar, who left the agency to head a liberal advocacy group, a department spokeswoman interjected to say “the Department Health Services, consistent with other employers, does not comment on personnel matters.”

As of Thursday, the state has recorded 21,926 cases of COVID-19 with 682 deaths, and still shows a downward trend in the percentage of positive cases per those tested. Evers said as Wisconsinites gather in recent protests, demonstrators should get tested roughly a week after gathering in close proximity with others.