With Less City Hustle and Bustle, Mary Lee Agnew Finds Her Animal Subjects and Herself Calmed 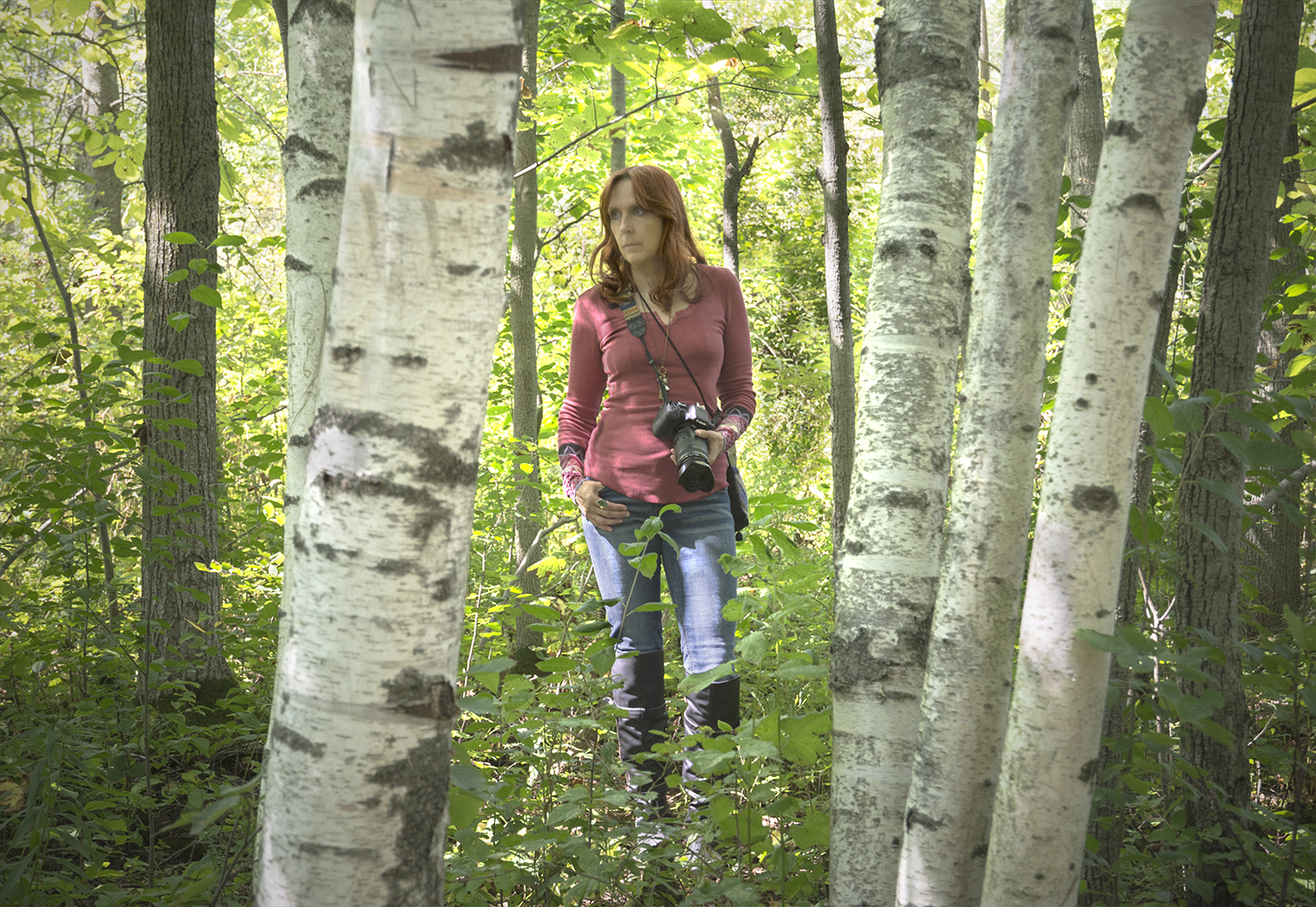 Mary Lee Agnew in action in the woods of a local park. Photo by Tom Jenz.

“I was kind of doing social distancing before social distancing was cool,” Mary Lee Agnew said with a laugh. The Milwaukee resident has made a practice of finding city sites where humans are rare. “I always try to avoid people because you can't get wildlife shots where there are people.”

Agnew is an urban wildlife photographer, traveling by bike to her favorite Milwaukee haunts to wait patiently and mindfully for nature to reveal herself. Since the Coronavirus outbreak, she’s been noticing changes.

“I have noticed more people in the parks who are astonished by the wildlife," Agnew said. But even with more people than typically around, Agnew has still been seeing familiar animals. “I see a lot more rabbits, racoons, opossums just strolling along,”

With increased foot traffic has come decreased street traffic. Agnew has seen the benefit to wildlife, even though the quiet was something Agnew herself at first found disquieting. “The traffic noise and noise of the planes, you kind of block it out, but it's there. When it's gone it seems really strange.”

Strange as it seemed, Agnew was quick to note the difference it made. “I started hearing birds more.” And then on her photography rounds she also saw a change to animal behavior. “They seem to be acting much more calmly than in the past, definitely more calm,” she said.

The effect on Agnew, a self-described anxiety sufferer, has likewise been relaxing. “Getting out in nature, it's so helpful to me,” she said, “There’s something really calming about watching animals live totally in the moment.”

Enjoy a few moments with some of Mary Lee Agnew’s most recent pictures:

I have photographed the baby goslings in Estabrook Park for many years and they always stay clear of the usually busy road going through the park. Now I have had to scare them out of the road numerous times.Goslings smile for the camera / Mary Lee Agnew (2020) 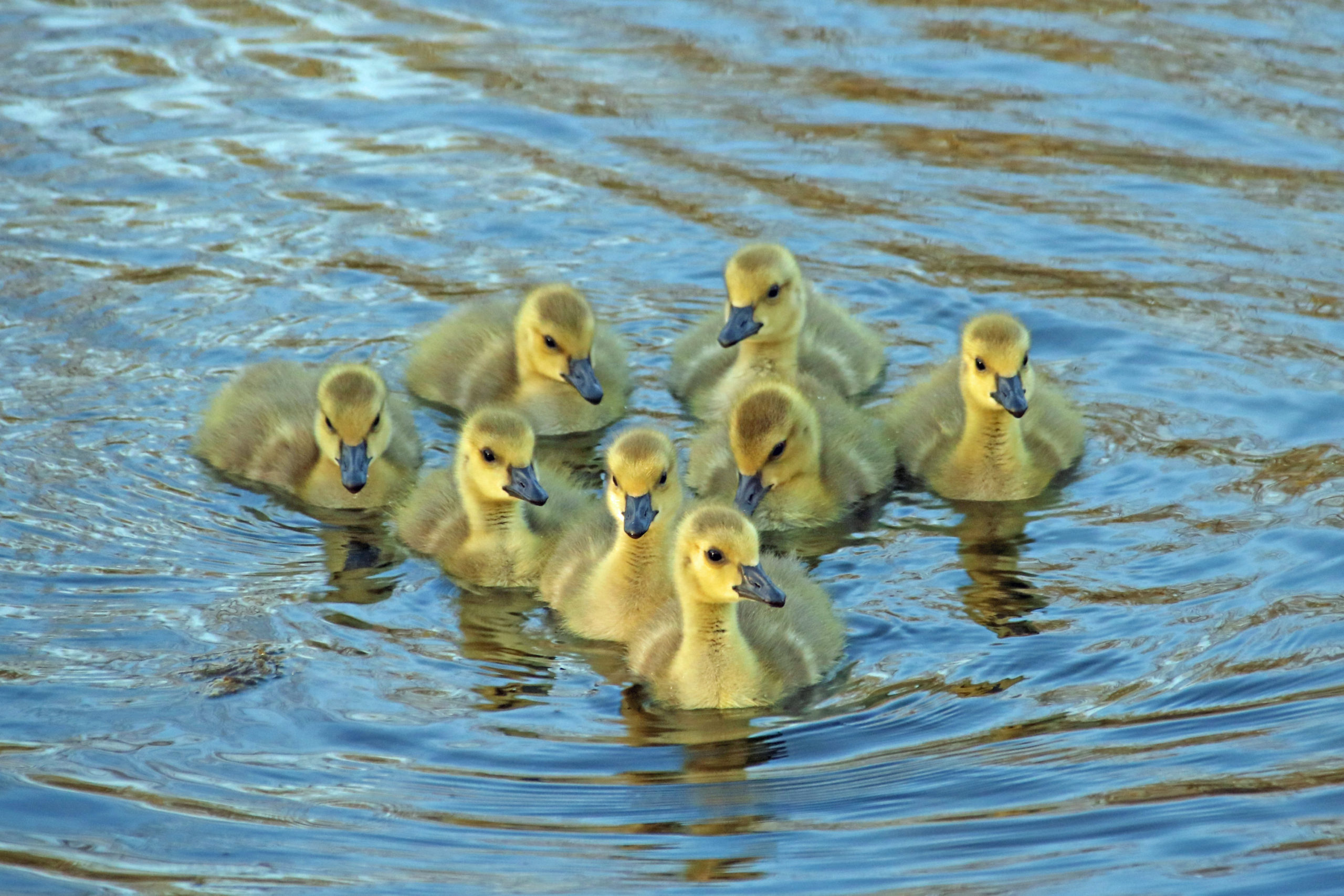 I get around by bike and I am astonished at how easy it is with so much less traffic. Literally streets that took me forever to get across, I can just zip right across.A young White-Tailed Doe in the heart of the city / Mary Lee Agnew (2020) 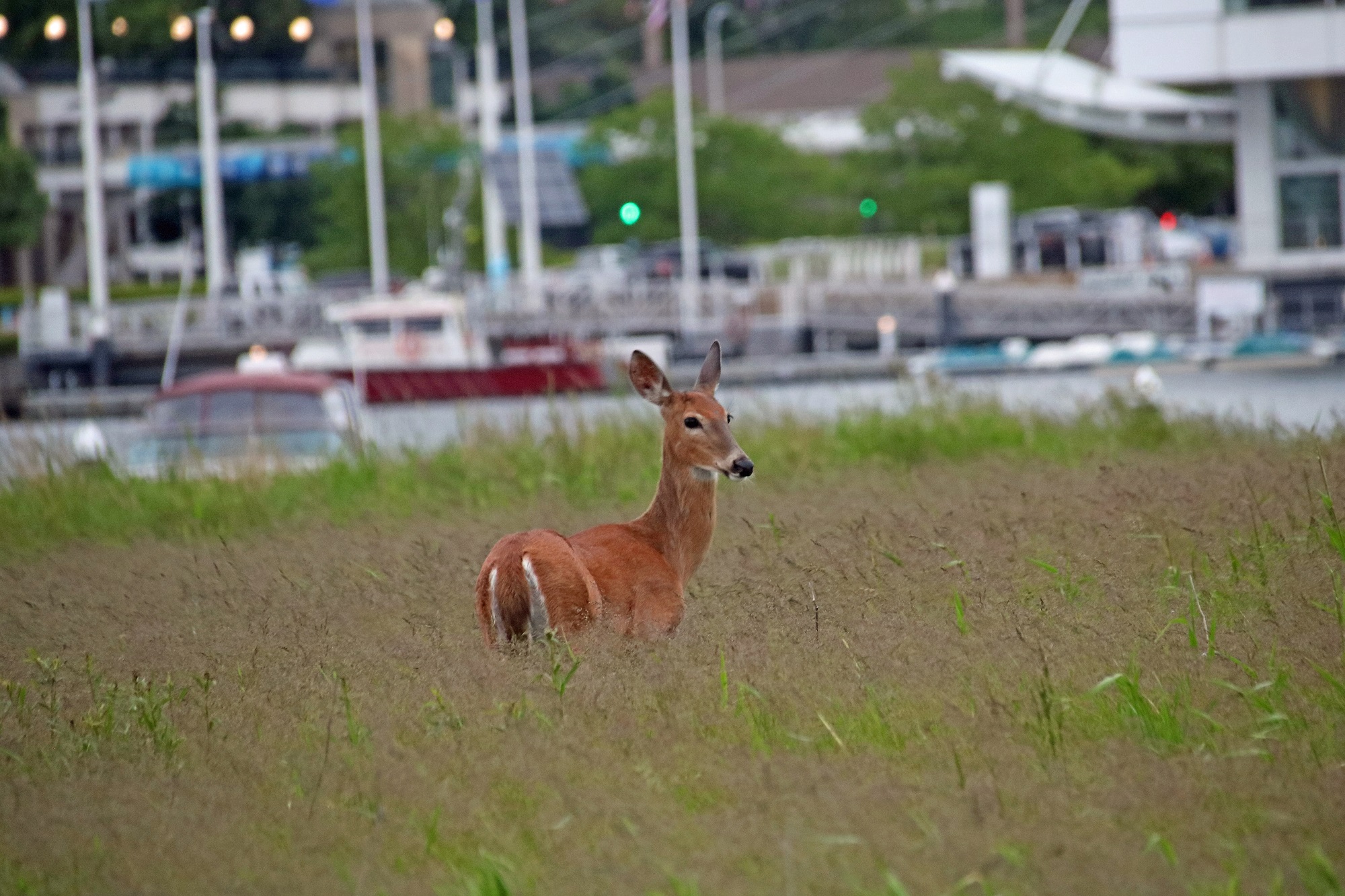 I have noticed more people in the parks who are astonished by the wildlife. I assume these are people who until now have not been outside much.A Great Blue Heron hunts for fish in a Milwaukee County park / Mary Lee Agnew (2020) 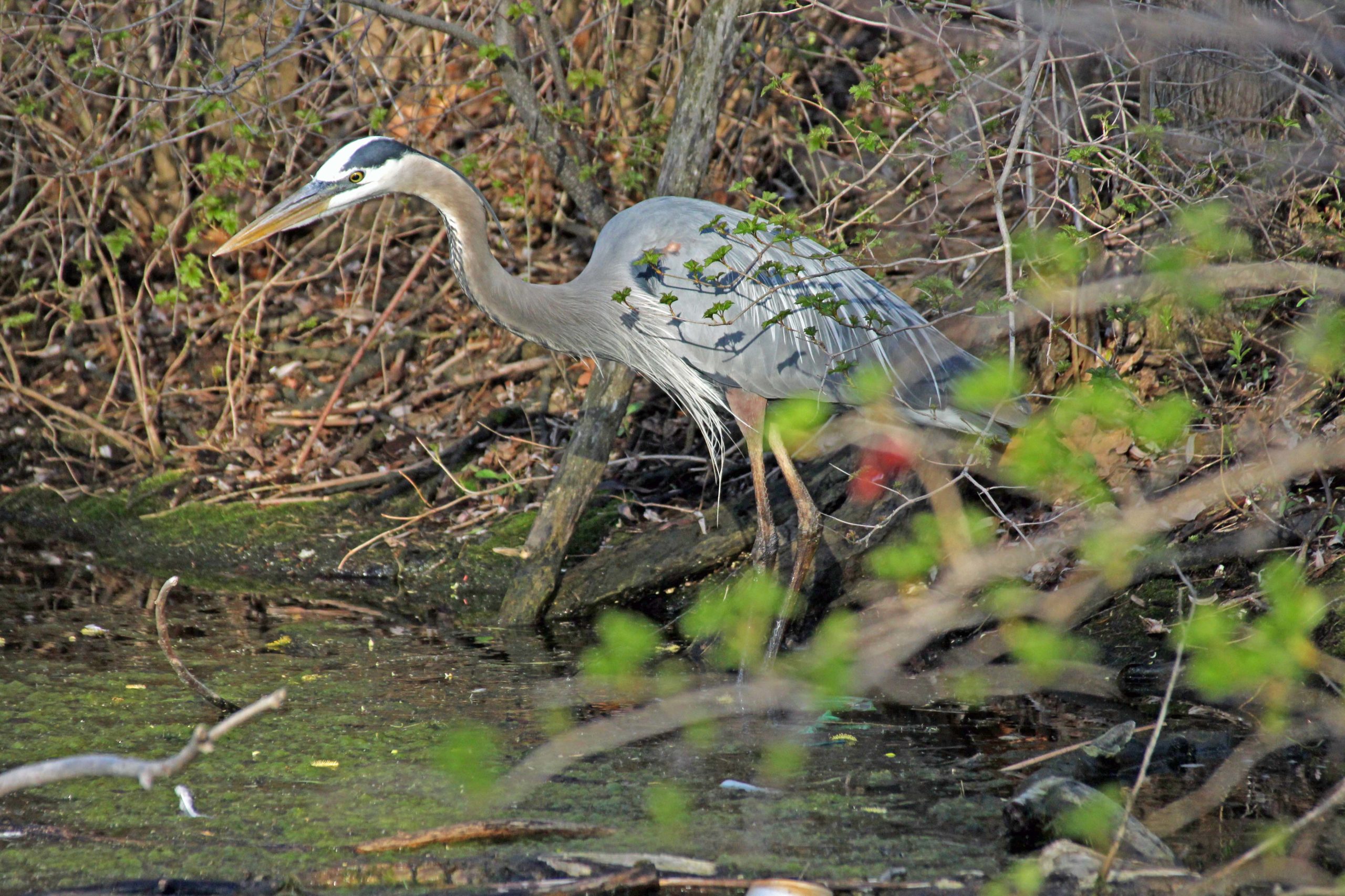 I had no less than four adults who came upon the fox and repeatedly asked me what it was. Apparently they had never seen a fox or even knew what they are.Amber eyes / Mary Lee Agnew (2020) 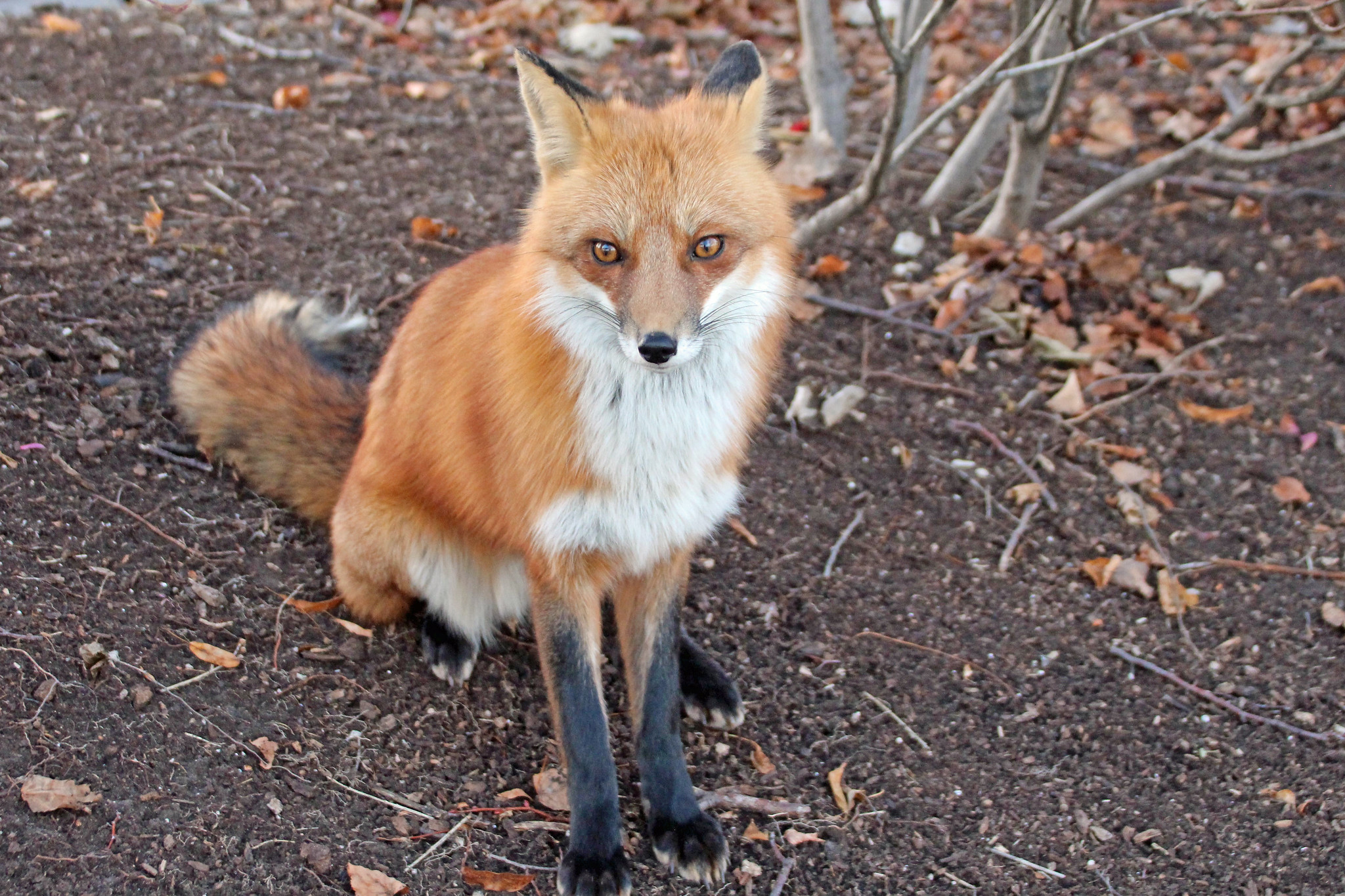 I saw them along the lakeshore on a cold day. There was hardly anyone else around. They migrate through every year.Short-billed Dowitchers / Mary Lee Agnew (2020) 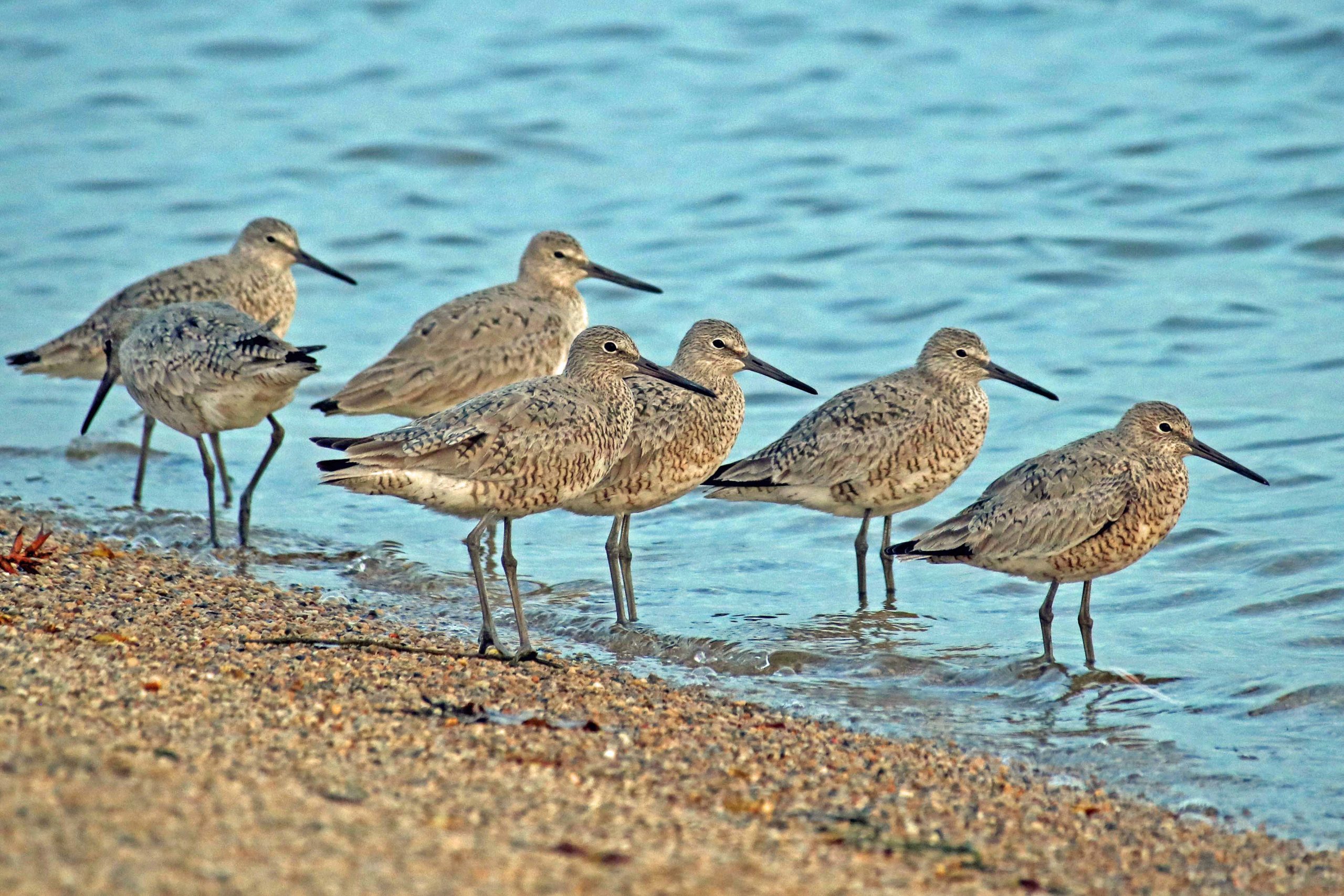 I saw a coyote strolling by right during the day. I have also heard coyotes singing in the evening, and yipping.Trickster on the trial / Mary Lee Agnew (2020) 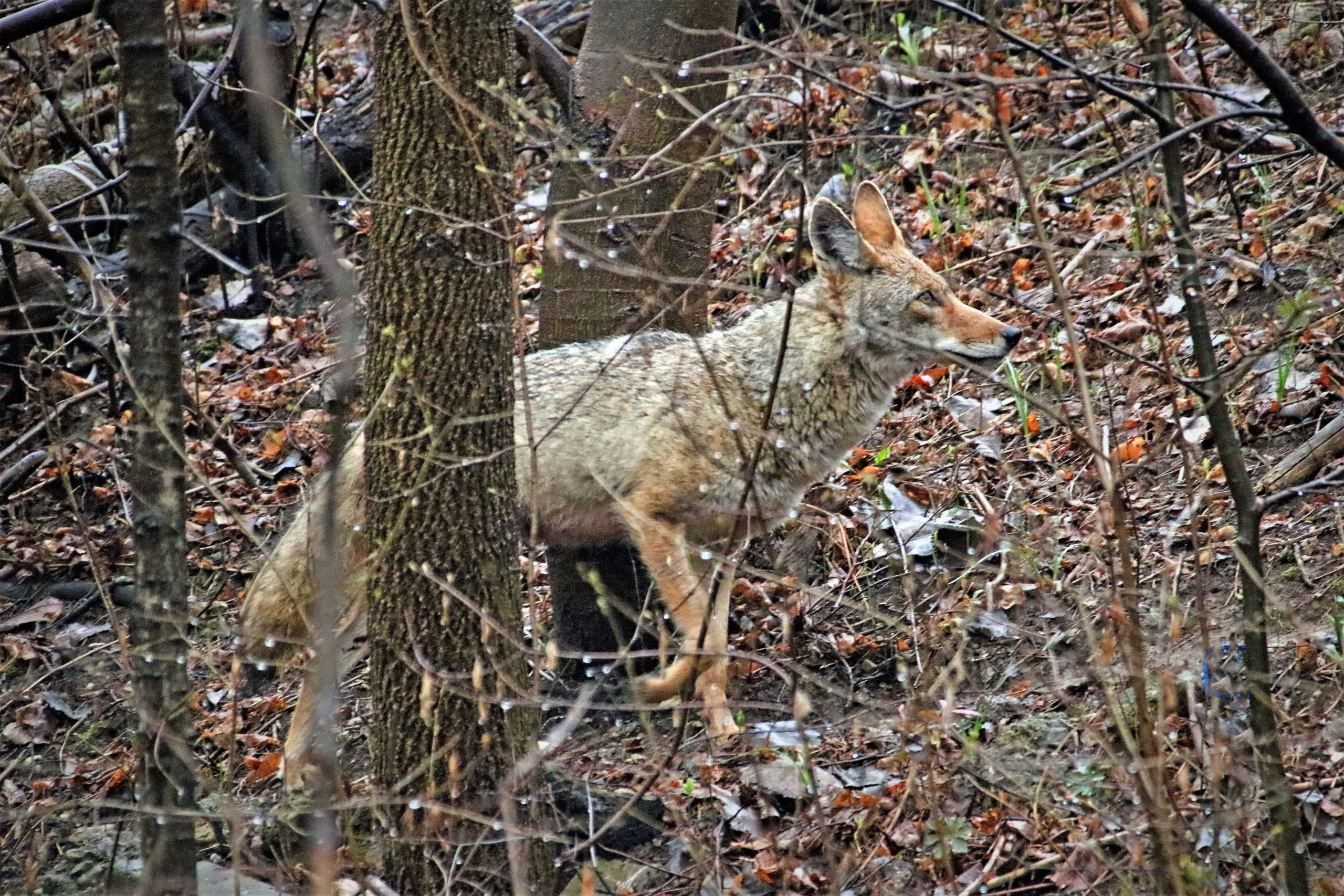 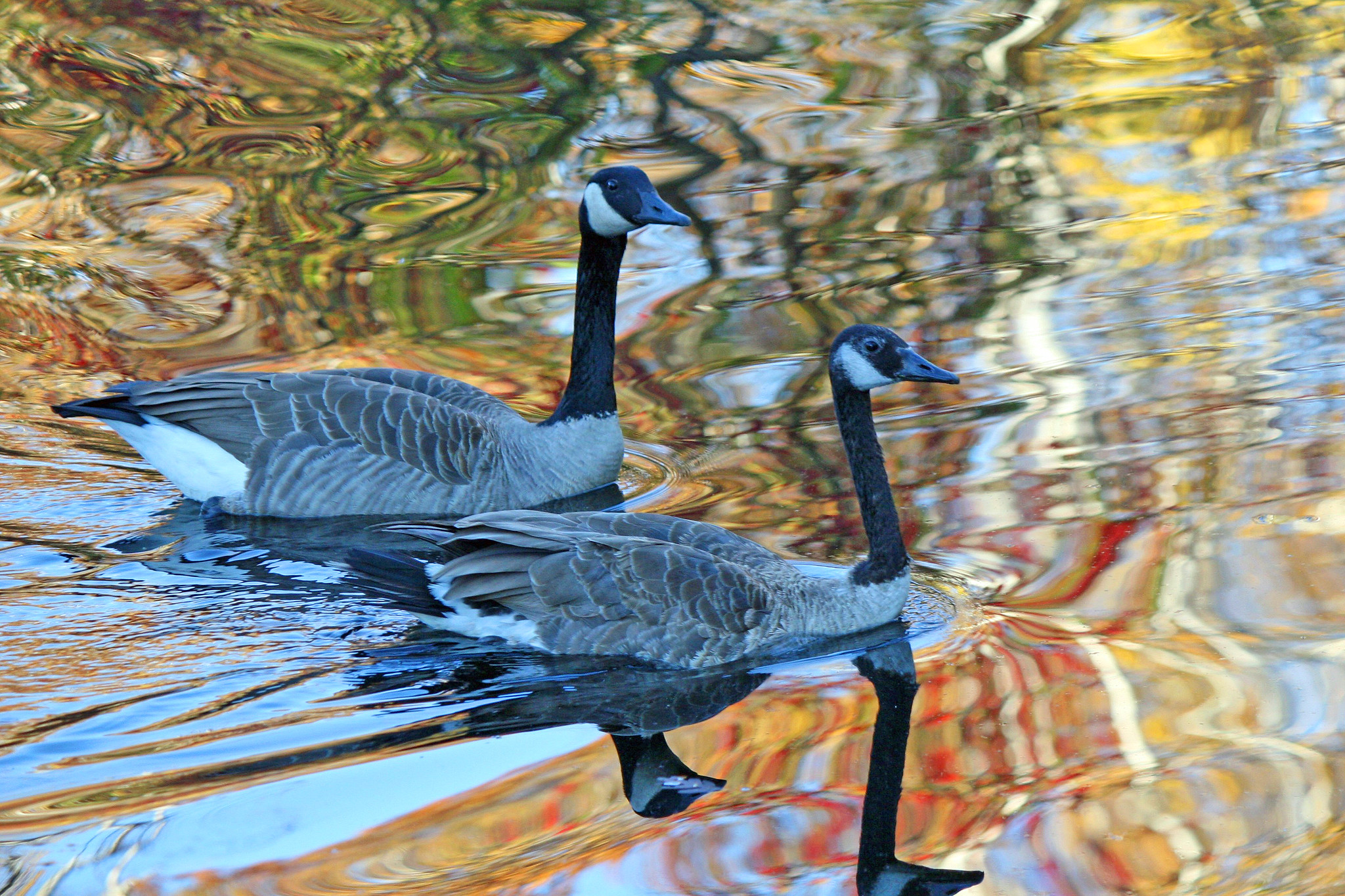 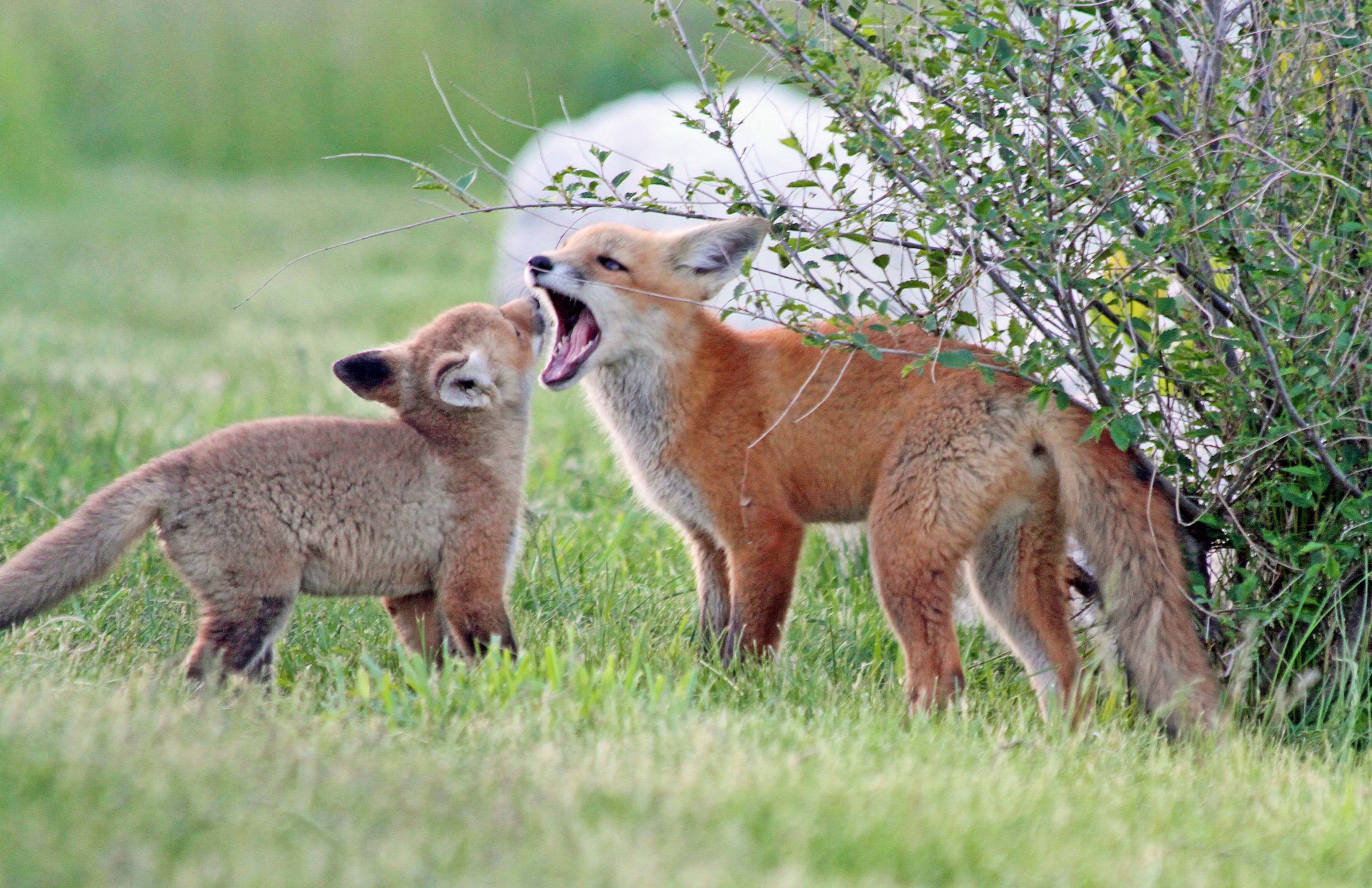 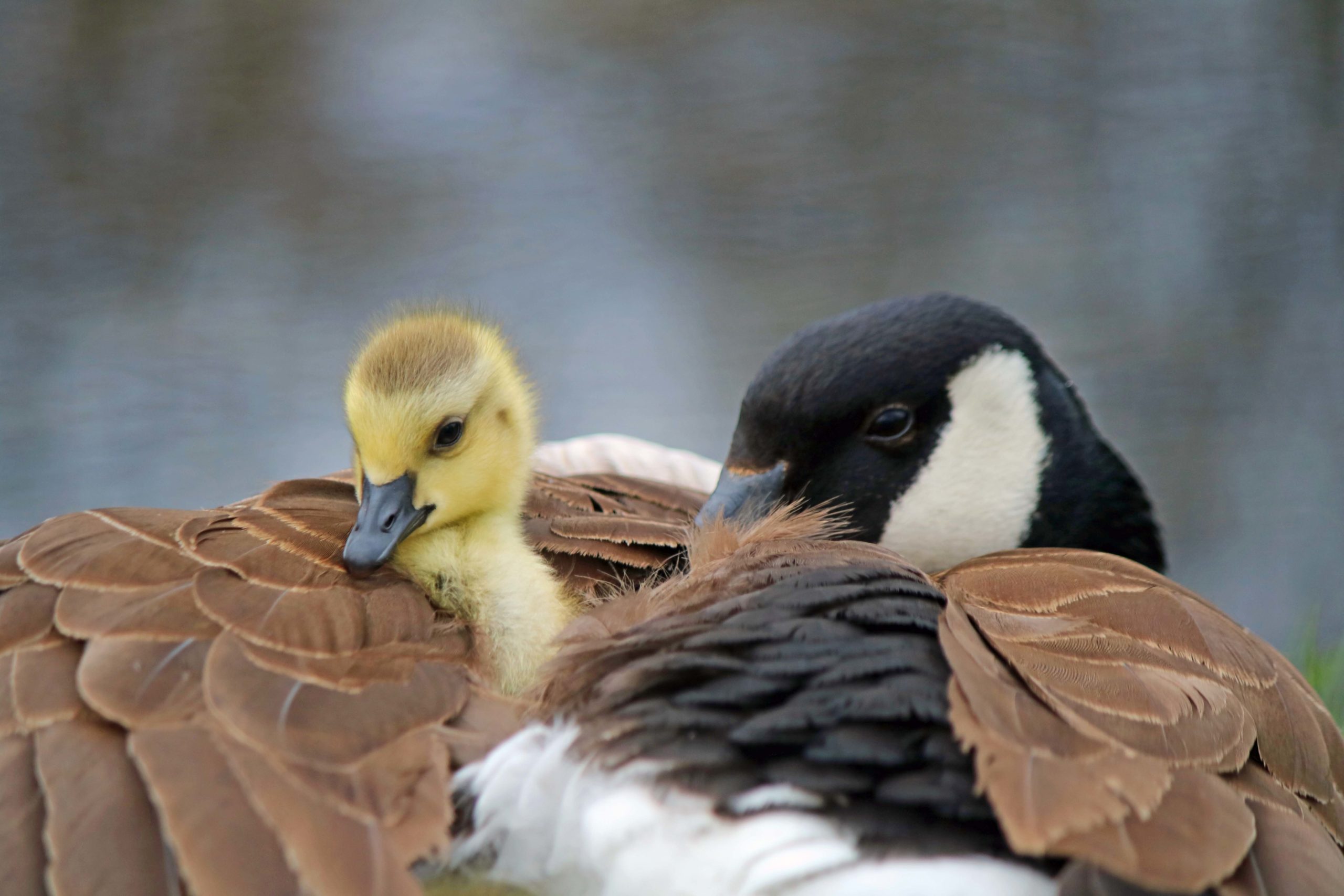 They are going about their lives totally normally. You know, that to me somehow is extremely comforting.Green Heron preens / Mary Lee Agnew (2020) 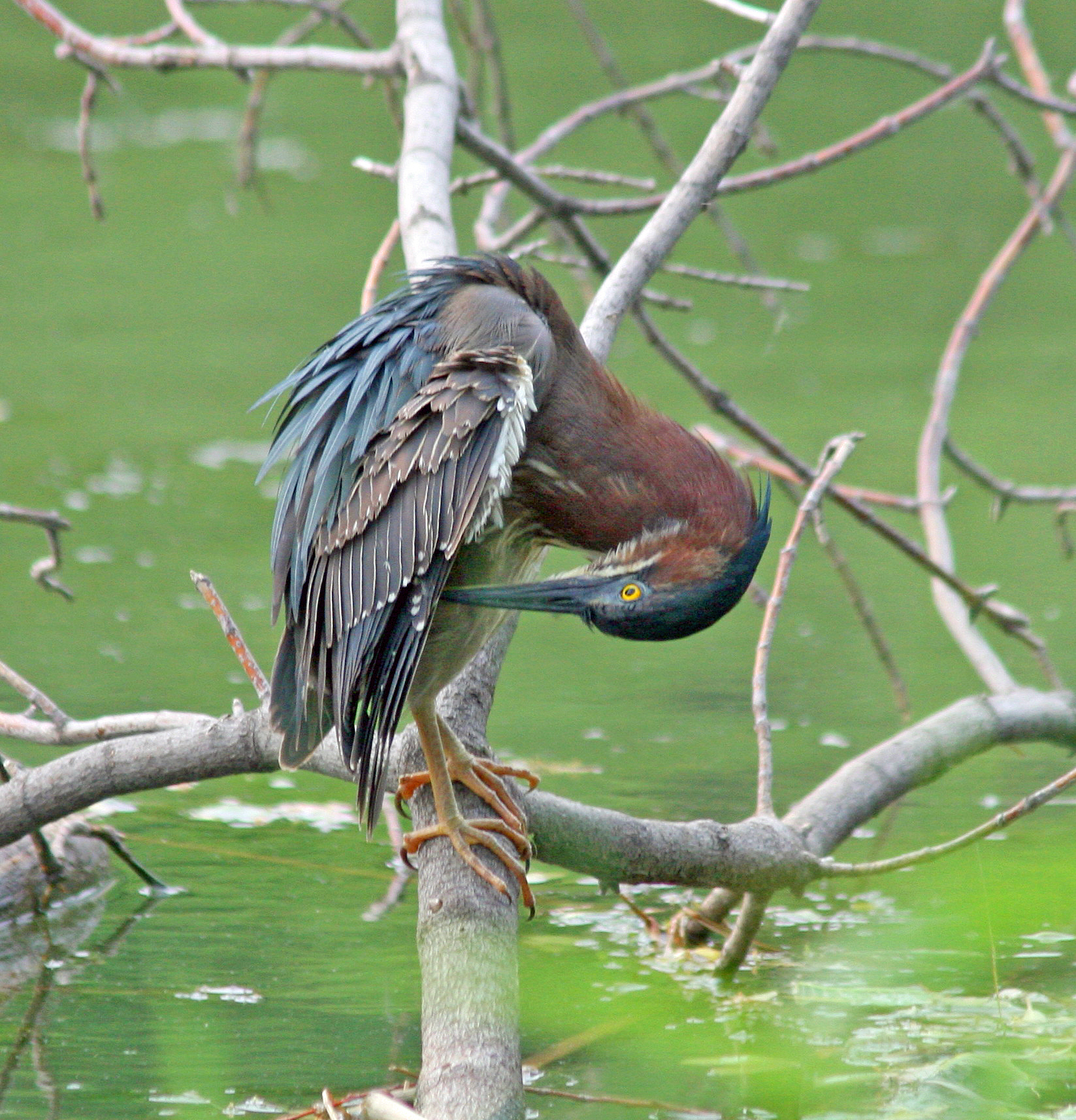 I've been a lifelong sufferer of anxiety. And my escape to nature has always been my solace.Golden woodies / Mary Lee Agnew (2020) 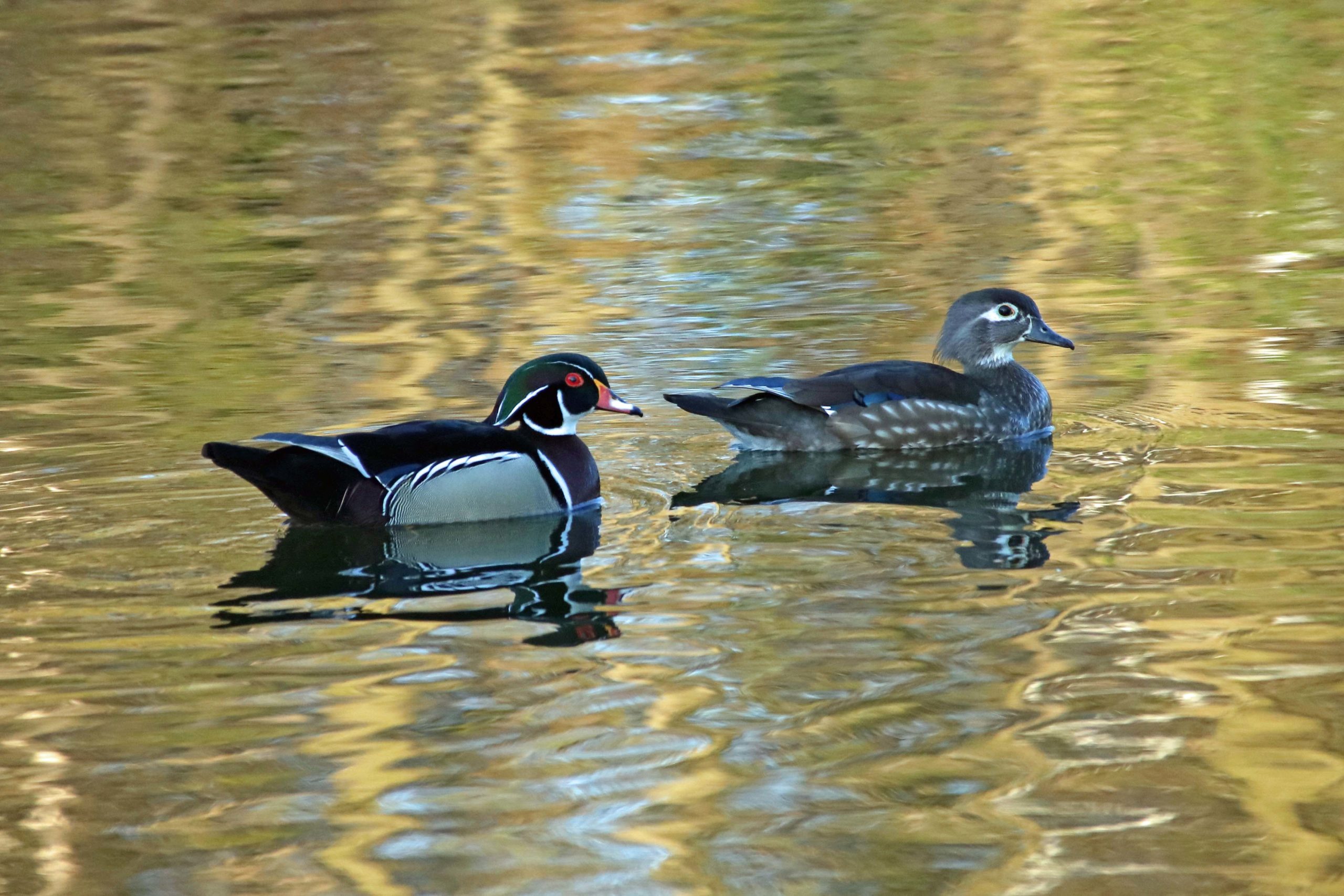