Although the Brown County Library is closed to the public, Mary Jane Herber is working to answer questions and provide books. 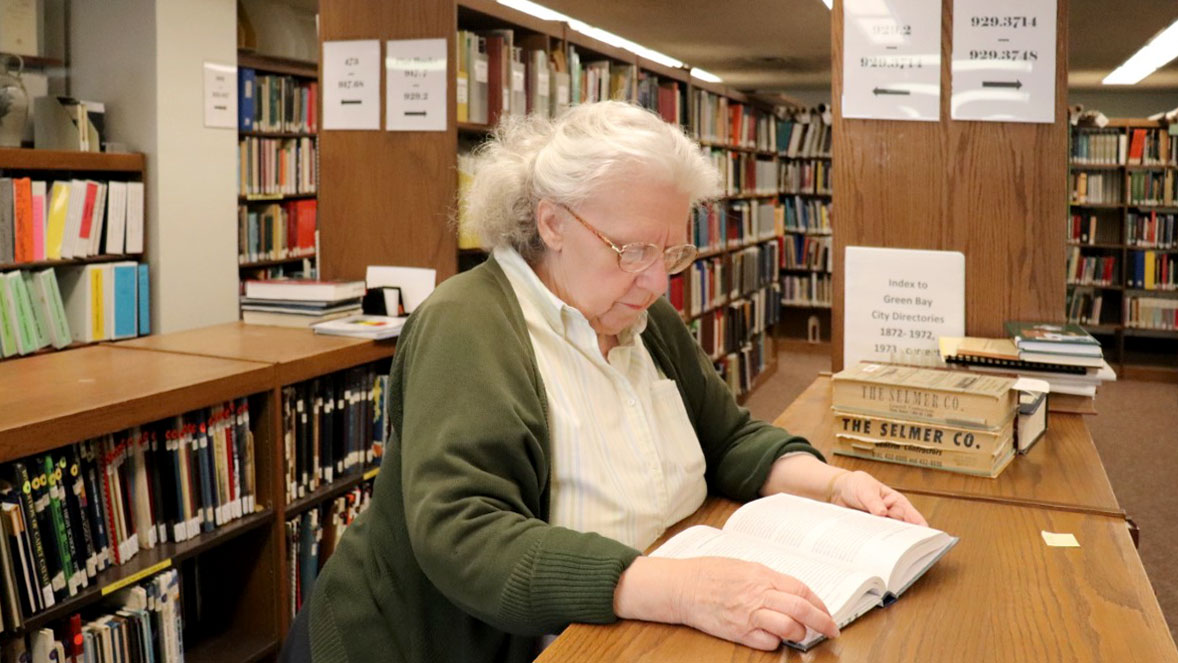 On Tuesday, March 17, 2020 at 2 p.m., the Brown County Library closed its doors to the public. The staff gathered their computers and supplies expecting to work from home, but just a day and a half later, they were back. Turns out running a library from home is hard to do when the books are at the library.

So even as the library doors remain closed to the public, Brown County Central Librarian Mary Jane Herber has continued to provide information and resources to the community during the pandemic, just as she’s done for the past 46 years. Herber is in charge of local history, genealogy and special collections. Things were very busy at first, she said, but, “in terms of the stuff we do in the local history department, it’s leveled off.”

Not so with patrons searching for genealogical materials. Herber said people have been busily digging into their family histories during the pandemic. Requests for information have come in from local families as well as from folks as far away as both American coasts. A Californian whose ancestors had settled in southern Brown County called in search of a specific book that contains family references. His call was well placed. There are only two libraries that have the book, but the Brown County Library has five copies of it.

“Especially in terms of genealogy or local history, you always need to ask the question, what do you have that nobody else has?” said Herber. She was able to help fill in some of the gaps in the Californian’s family background. “He had relatives that held elected office that he didn’t know about — town offices, clerk, secretary of the treasury and the town’s constable.”

There’s been one silver lining for Herber during the shutdown, an activity that’s made possible by, well, nobody being around to interrupt her. She’s conducting a thorough inventory of all the materials in the local history, genealogy and special collections.

“I can’t remember us having this opportunity, to be honest, when we’ve done other inventories, where the public access was so limited,” she said. Anything that was filed incorrectly or left in the wrong place is being returned to its rightful home. She’s also noting missing items, pinpointing  gaps in the collections and taking the time to physically check on the condition of the items.

“Everything’s got to be handled,” she said.

And that’s where library card holders come back into the picture. Patrons flocked back to the library in late April when the library announced a contactless pick-up process. 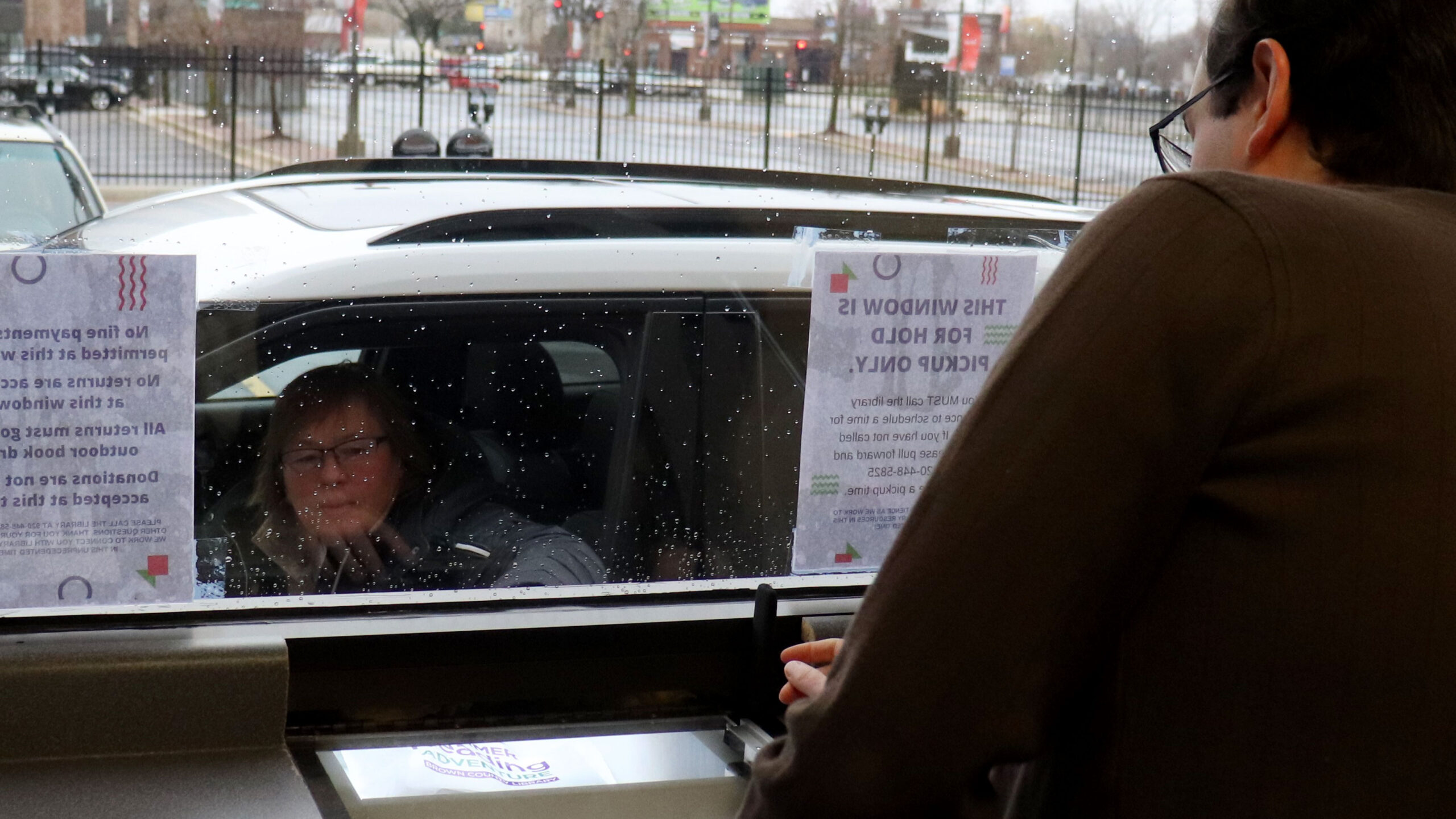 Lou Ann VanLaanen picks up materials at the drive-thru window at the library. Photo / Mary Krauss

“The phones just blew up,” Herber said with a chuckle. “They just went crazy!”

The first day reserved materials could be picked up, Herber noted, “there were cars lined up out the driveway. As they pulled forward, there was another one pulling in the driveway.”

“Back in the 1970s when this building was built, they put in a drive through window, just like at the bank,” Herber explained. “And some people actually dropped their banking off in the drawer.”

The window was eventually boarded up, but is open again providing books rather than receipts.

“It’s been very successful, and the people really like it. To be honest, I can see where it’s going to continue for a while,” Herber said.

And, as always, Herber and the librarians at the Brown County Library will continue to provide resources to the community by phone, email and through the drive-up window until the doors open once again.