At Home with a Fifth Generation Monticello Dairy Farmer

Jimmy Voegeli is a fifth generation Wisconsin dairy farmer with acreage in Monticello. He tells what stay-at-home means for his operation and his 220 Brown Swiss cows. 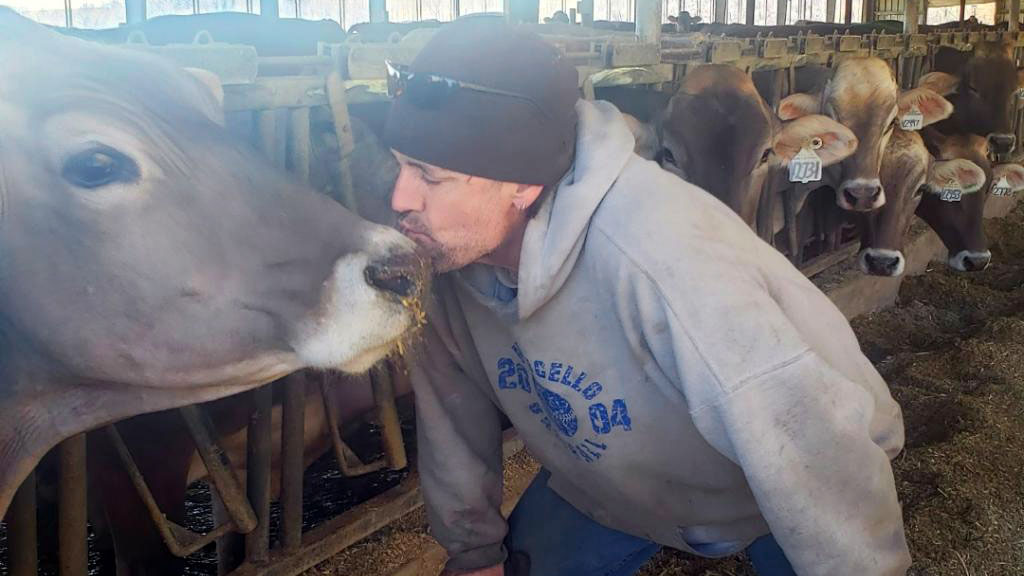 This isn’t the first pandemic the Voegeli family has worked through. They’ve milked purebred Brown Swiss dairy cows on their 1,500-acre Monticello farmstead since 1854. That’s 64 years before the Spanish Flu crisis of 1918. Current operator Jimmy Voegeli says running a family dairy during the COVID-19 emergency comes down to appreciating “the normalcy of farming.”

“We milk 220 registered Brown Swiss cows twice a day, every day, virus be damned. Cows could care less about this virus. Eat, poop, milk, sleep … repeat … with us giving them an occasional scratch on their big, furry lovable heads.”

Voegeli, together with his brother Bryan, keep a payroll of six full time and, depending on the season, eight-to-ten part-time workers. Jimmy Voegeli is in charge of planting and harvesting, along with equipment maintenance. “That’s why my motto is, ‘if it ain’t broke, it ain’t ours.’”

Voegeli has an edgy sense of humor. It’s the kind lots of Wisconsin farmers draw upon to survive not just the current pandemic, but also the whiplash of an up-and-down dairy economy. Last week, stalled markets due to Coronavirus caused some Wisconsin farmers to have to dump unsold milk. 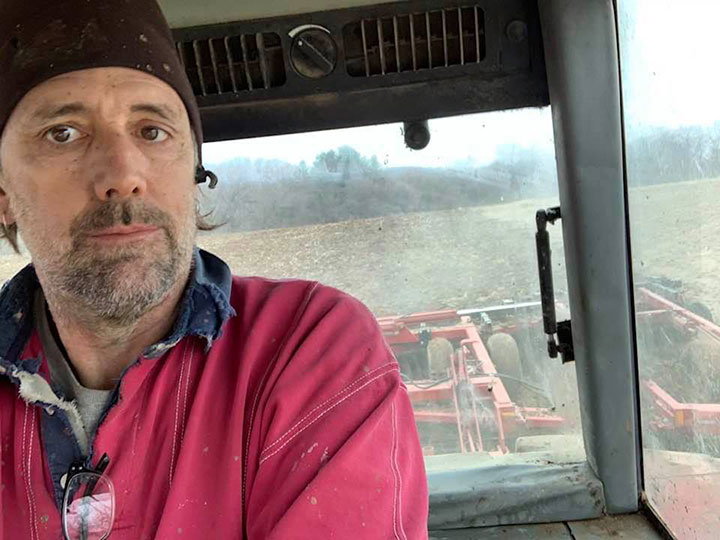 “It boggles my mind that one of the most nourishing forms of food is being discarded like sewage as soon as it’s harvested,” Voegeli said. “Milk is a perishable product, unlike say oil, that can’t be held onto for any amount of time to force a better market price. Conversely, the factories don’t come to the farmers’ rescue at times like this, either. I can’t believe that simply because kids aren’t drinking milk in school, that we are paying such a devastating price.”

In addition to milk, Voegeli deals in another perishable product, or at least a product that has perished due to stay-at-home restrictions: live music. Voegeli’s band, The Jimmys, is an in-demand blues act that performs between 150 and 170 live shows per-year including club appearances, festivals, and an annual splash of shows in the Caribbean. The band’s latest album, “Gotta Have It,” features contributions from New Orleans stride piano star Marcia Ball.

The Jimmys can be seen performing online in an archived episode of PBS Wisconsin’s 30 Minute Music Hour. Currently Voegeli says his wife Laura teases him about being the only musician in the world not doing live-streaming. “I must admit,” he says, “because of the day-to-day pressures that come with managing a band, I am very much,with no apologies, enjoying this fallow period.”

Still, Voegeli has powered up the band’s tour bus for a spin into town with Laura to get carry-out. They dine inside the coach for a date night out. 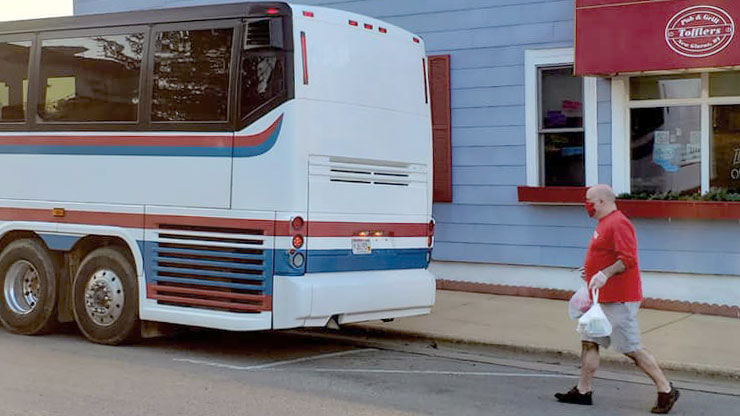 Back on the farm, I ask Voegeli how his neighbors are handling the disruption of COVID-19. His answer is a thump to the head of pre-virus reality.

“First off, we have no more dairy farming neighbors. Our State Highway 69 was peppered with dozens and dozens of dairy farms as late as 20 years ago. If I’m correct, we may be the only dairy farm from Bellville to Monroe on this stretch of road now. We maintain connections with other farmers who, like ourselves, are amazed at the fragility of our world. My father often said, ‘the world will ALWAYS need farmers. Some day it will be evident how important we are.’ I have to say, I was finally believing those words, but they have been tempered by the pictures of farmers dumping milk.”

For now, the 166-year viability of the Voegeli farm is sheltered somewhat by its chosen commercial pathway. The farm is part of the Chalet Cheese Cooperative. The co-op produces high-end cheeses for worldwide sales. Voegeli milk also pours into diversified products like Yodelay Yogurt, a Madison-based company for which Voegeli is the sole supplier.

When asked to give more context to what, during these deadly, upside down days, he means by “the normalcy of farming,” Voegeli says, “farming has always been a self-reliant life style. Oddly, so much hasn’t changed during this unprecedented time. Seasons mean so much more as a farmer. When Mother Nature is your boss, every day on a farm brings new life, but it is also taken away. We can’t have life without death. That’s no more evident than on a farm. The circle of life is strongest in this fertile soil.”

I asked Voegeli for any last thoughts on how COVID-19 inserts itself onto the pastures of America’s Dairyland.

“The outside world has had a definite affect on us farmers, but hasn’t swayed us from feeding the world. During these times we may not be as important as health care workers, police, fire, all the must-have services. But we are right there. And we are literally dying on the vine.”