John Gurda, the bike-riding historian from public television’s “Around the Corner with John McGivern” and author of multiple books on Milwaukee history, spoke with PBS Wisconsin about life today in the city and historical perspective on these times. 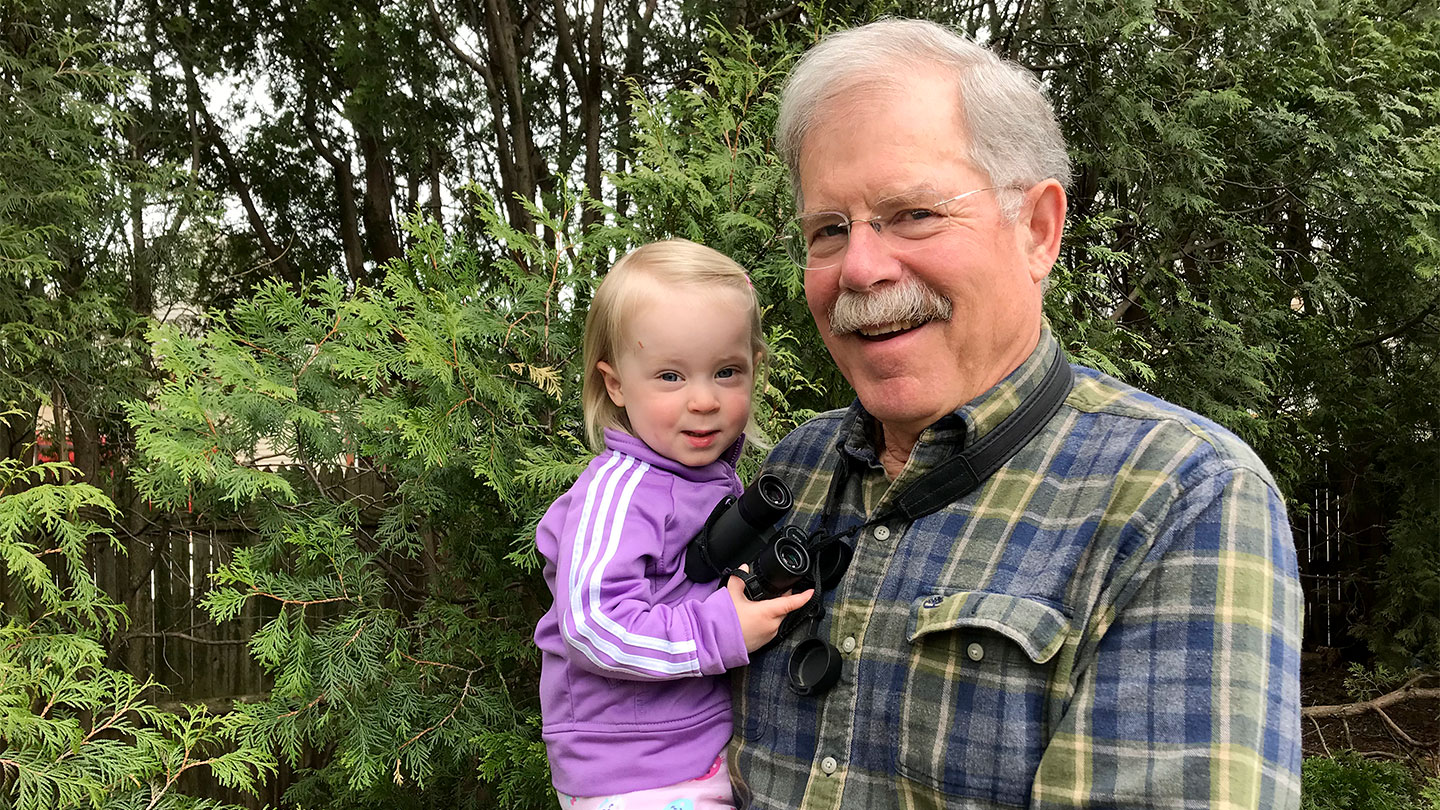 PBS Wisconsin: What has life been like for you since the COVID 19 disruption?

John Gurda: “I've been a freelance writer since 1972, so having no external structures is nothing new for me. What I really miss is libraries. I do writing and research and being unable to go to libraries is really painful. I really miss that. One thing that's been a real salvation for us — our oldest son, his wife and two-year-old daughter live across the street. We've been functioning pretty much as one household.  It's so wonderful. It allows them to keep working at home. So they get a break and we get hugs, and get smiles, and we get to change diapers. It's been great.”

PBS Wisconsin: You are well known as a biking enthusiast. Have you been getting out on bike or otherwise?

John Gurda: “I'll put on at least 10 miles every other day. Biking is still really important to me. We live in the Bay View neighborhood on the south side of Milwaukee and we are very close to the woods surrounding St. Francis Seminary. I go over there every day and I don't think I've ever observed a spring this closely. Looking at the plants as they come up, looking at the birds as they come in. That's been just a great reminder that life does go on. The world's rhythms persist even as ours are completely disrupted.”

PBS Wisconsin: What change of rhythm have you seen in Milwaukee?

John Gurda: “It’s just the opposite of what Milwaukee would be gearing up toward right now. Milwaukee tends to be hyperactive during the summer months— the festivals, beginning with Summerfest and going through all the ethnic festivals. State Fair in August. It's just kind of a non-stop party. And this year, the Democratic National Convention would have been, and may still be, part of that. But chances are it's going to be a much reduced scale. That would have been kind of a really red letter event here. We don't even have baseball. What's summer without the Brewers?”

PBS Wisconsin: On the subject of the DNC, were you looking forward to what Milwaukee could show the nation?

John Gurda: “That was starting to happen. I was getting calls. Washington Post, The Economist. People were kind of curious about what that meant. Some people in the Democratic Party were concerned that the Republicans were very clearly looking at a strategy to paint the party with a socialist brush. I guess my message would be Milwaukee's experience shows that there's nothing to fear when it comes right down to it. We had socialist mayors for most of the years between 1910 and 1960, and it was during that period that Milwaukee won award after award as cleanest, healthiest and safest big city in the United States. Dan Hoan was mayor for 24 of those years. He got his picture on the cover of Time magazine and the magazine  called Milwaukee perhaps the best governed city in the country. These were not revolutionaries. They were not bomb-throwing radicals.”

PBS Wisconsin: As someone who has spent time digging into history, how do you think this time will be remembered?

John Gurda: “We don't know how long it's going to be, but I think it may be remembered as this preternaturally quiet time that had a great deal of suffering and distress. But I hope people also look back at it as a stiller time –there was some silence. There was the opportunity to unplug, put in the clutch and maybe pay attention to things that get lost in the flux of daily life. My parents grew up in the Depression. They would talk about the feeling of family solidarity and valuing the simple things. That was trying to, in some way, find a silver lining for a dark time. But I think some of those same things might be going on right now.”