Kevin Nicholson has consistently trailed in the polls behind former Lt. Gov. Rebecca Kleefisch and construction business co-owner Tim Michels. The Republican primary winner will advance to face Democratic Gov. Tony Evers in a race that's a national priority for both parties. 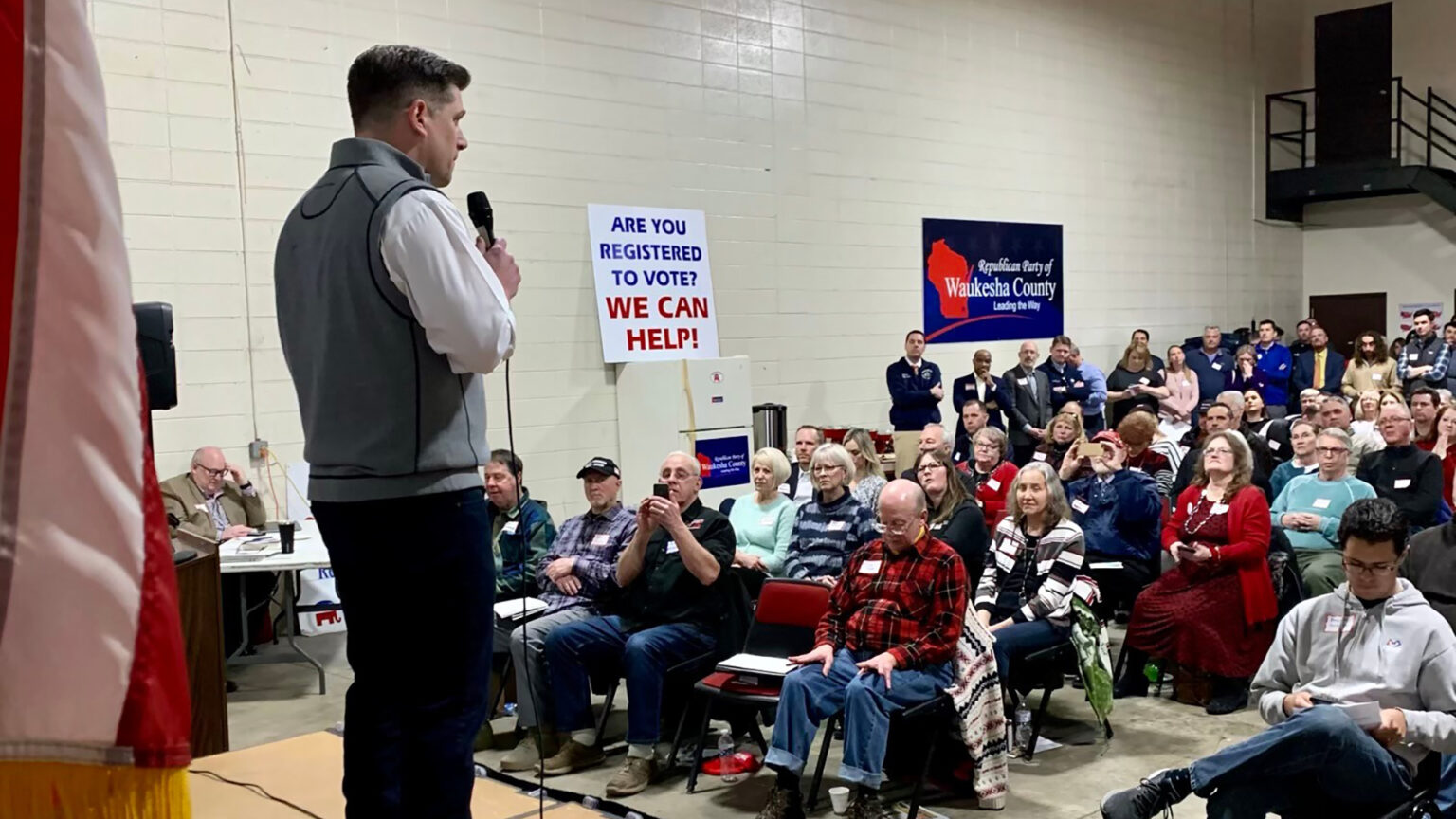 Kevin Nicholson speaks to audience members at a Republican Party of Waukesha County event in February 2022. (Credit: Courtesy of Nicholson for Wisconsin)

Republican Kevin Nicholson, a business consultant whose campaign for governor in battleground Wisconsin failed to catch on with conservative voters, announced July 5 he was dropping out of the race five weeks before the Aug. 9 primary.

Nicholson had consistently trailed in the polls behind former Lt. Gov. Rebecca Kleefisch and construction business co-owner Tim Michels. Donald Trump endorsed Michels, who is running as an outsider candidate just as Nicholson had been. Michels has tapped his personal wealth to get his message out in a blitz of television ads since he joined the race in April.

Nicholson said in an interview on Mark Belling's conservative talk radio show that the only way he could compete with Michels at this point in the race was going negative. But Nicholson said that "going on a full-throated attack in the last month" of the race was not the right move.

"While our team has the capability to do that, that is not something I want to do — nor do I believe that it would be good for the party to do so," Nicholson said in a statement announcing the end of his candidacy. "This election is too important for our state and our movement."

Nicholson's departure is unlikely to shake up the dynamics of what has been a two-person race ever since Michels got in and started spending heavily from his personal wealth to catch up to Kleefisch. A Marquette University Law School poll released on June 22 had Nicholson at 10% compared with 27% for Michels and 26% for Kleefisch. State Rep. Timothy Ramthun was at at 3%, with 32% of respondents undecided.

Kleefisch thanked Nicholson on Twitter "for the hearty debate and competition" and invited his supporters to join her.

Michels in a tweet praised Nicholson for "pushing his outsider message about the needs to shake up the Madison machine" and said he would work to win over his supporters.

Nicholson previously ran for U.S. Senate in 2018, losing in the Republican primary. He had been eyeing a run for Senate again this year, but went for governor rather than challenge the incumbent Republican Sen. Ron Johnson in a primary.

Nicholson said he would not endorse anyone before the upcoming gubernatorial primary. The Republican winner will advance to face Democratic Gov. Tony Evers in a race that's a national priority for both parties. Whoever wins will be governor during the 2024 presidential race in the state. Evers has served as a block on the Republican-controlled Legislature, vetoing numerous bills making it more difficult to vote absentee that were passed after Donald Trump lost the state in 2020.