As Wisconsin Democrats and Republicans talk more about trying to work together in the 2023 legislative session, Gov. Tony Evers and Assembly Speaker Robin Vos met privately at the governor's residence. 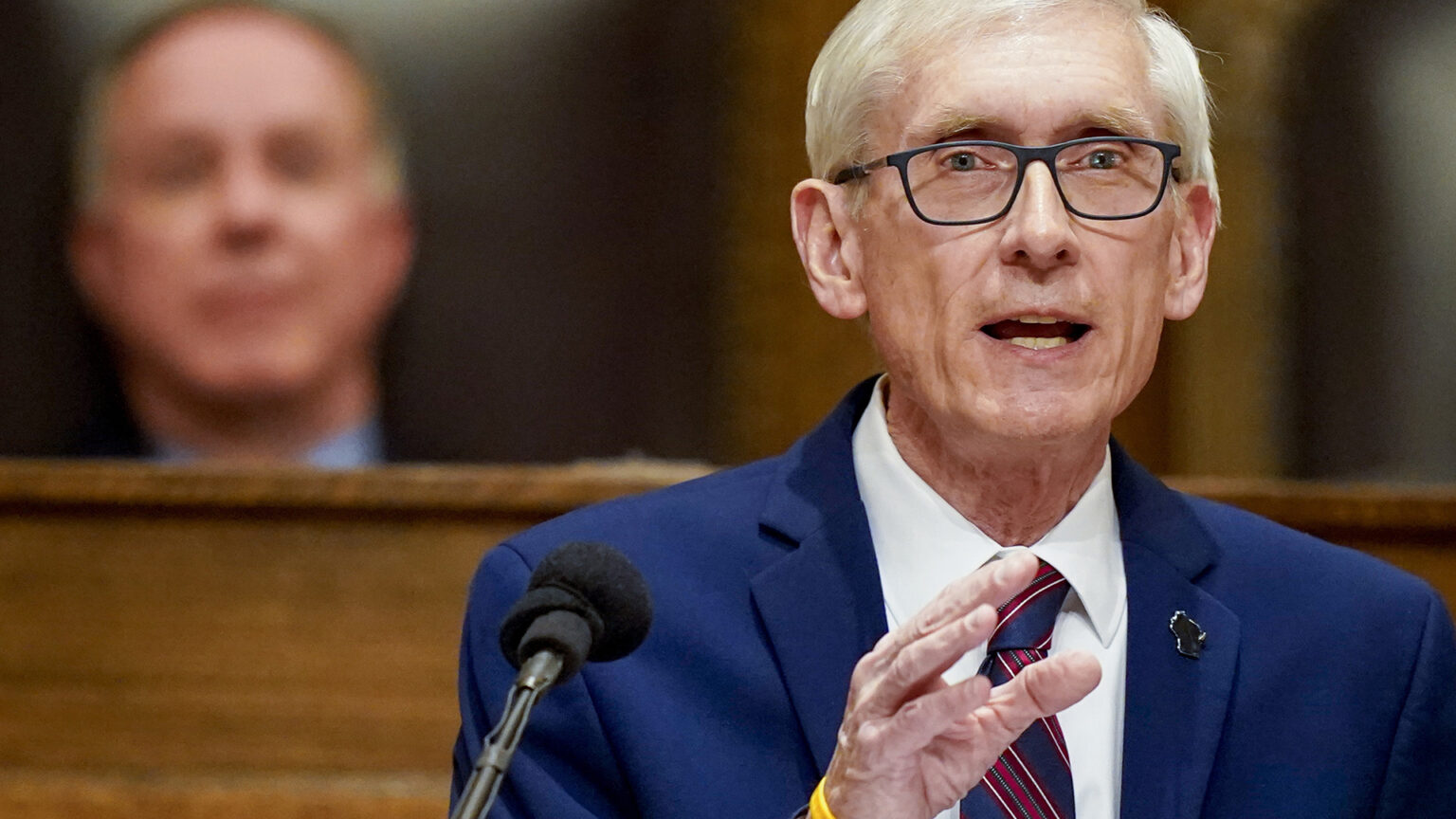 Wisconsin Gov. Tony Evers addresses a joint session of the Legislature in the Assembly chambers during the governor's State of the State speech at the state Capitol on Feb. 15, 2022, in Madison. Evers and Republican Assembly Speaker Robin Vos met in person for the first time in two years on Dec. 22, as both sides are talking more about trying to work together in the 2023 legislative session. (Credit: AP Photo / Andy Manis, File)

MADISON, Wis. (AP) — Wisconsin Democratic Gov. Tony Evers and Republican Assembly Speaker Robin Vos met in person for the first time in two years on Dec. 22 as both sides are talking more about trying to work together in the 2023 legislative session.

Evers and Vos met privately at the governor's residence for about an hour. Evers met the previous week with Republican Senate Majority Leader Devin LeMahieu.

LeMahieu said prior to his meeting that he hoped it would be the first in a series of regular get-togethers with the governor.

Republican lawmakers were used to meeting weekly with former Republican Gov. Scott Walker. But Evers has repeatedly said he does not need to meet that frequently with GOP leaders.

"The idea that somehow we have to meet weekly to resolve the issues facing Wisconsin, you know, my job is different than their job," Evers said Dec. 20. "They have their caucus and I have the people of Wisconsin. So I'll continue to go around the state and listen to people and they can deal with their caucuses."

Evers and Republicans had a contentious relationship over his first term, beginning with Republicans calling a lame duck session in 2018 before he took office to pass a number of bills limiting his power. The relationship worsened over the years as Republicans fired one of his Cabinet secretaries, refused to confirm dozens of his appointees and sued Evers repeatedly over his response to the COVID-19 pandemic.

Republican lawmakers were infuriated in 2020 when Evers' staff secretly recorded a meeting about pandemic response efforts.

But after Evers' reelection win in November, he and Republicans have talked more about trying to build a better working relationship over the next four years.

Vos, in an interview Dec. 22, said he viewed the start of the new legislative session Jan. 3 as a chance to begin anew.

"If I held every grudge in this job, I'd be a pretty lonely, sad person," Vos said. "So I guess I'm willing to hit the reset button."