The legislation put forward by Gov. Tony Evers would make the spring election largely mail-only and push back the timeline to send absentee ballots to clerks into May. 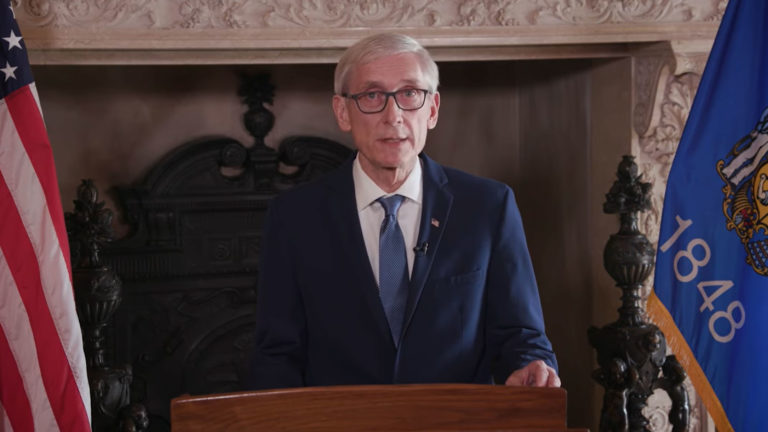 Evers wanted the Legislature to consider guaranteeing, that by May 19, an absentee ballot be sent to every registered voter who had not requested one. All absentee ballots would need to be received by May 26 to be counted, effectively extending the date of the election.

“The bottom line is that I can’t ignore municipal leaders from Green Bay to Milwaukee to Waukesha shall significantly condense the number of polling locations available," Evers said during a press briefing Friday, “creating a dangerous situation where voters, staff and volunteers will not be able to avoid large groups or practice social distancing when they go out to vote.”

Republicans have consistently said they want the election to go forward on April 7. They said with a state Supreme Court race on the ballot and county and local races up for grabs, it is not feasible to delay the election.

“If the governor had legitimate concerns, we could have come to a bipartisan solution weeks ago. This discussion would have happened long before today,” Assembly Speaker Robin Vos and Senate Majority Leader Scott Fitzgerald said in a joint statement.

“Unfortunately, it’s this type of feckless leadership Wisconsin has come to expect of the governor in the face of this crisis,” they added. “Instead of remaining strong to ensure our representative democracy continues, he caves under political pressures from national liberal special interest groups.”

Last week, the governor asked the Legislature to pass a bill that would require municipal clerks to mail absentee ballots to all registered voters. Fitzgerald called that proposal a “complete fantasy.” Evers’s Friday proposal similarly moves the election to mail-only, but gives clerks an extra month to do so.

Wisconsin is the only state with an April presidential primary that still plans to hold that election. Most states have moved their presidential primaries to later in the spring or summer to get past the point where mass gatherings are considered most dangerous.

Conley said if the election goes forward, either people will not show up to vote in person, calling the integrity of the election into question, or people would show up, and potentially catch the virus that causes COVID-19. Conley said any deaths would be “on the hands” of the governor and Legislature for not moving the election.

In the two days since that criticism, Evers said he would have moved the election date if he could, but that he needed the Legislature to act. In response to the governor’s claim, Fitzgerald issued a statement:

“Not once has the governor suggested moving the election date. In fact, not a single Democratic legislator has even introduced a bill that would move the election date. For Democrats to suggest now that their hands were somehow tied is pure cowardice.”

Evers’s call Friday for a special session would do so.

Conley altered the election in some ways through a decision Thursday in response to the three lawsuits he heard in his court. The deadline to request an absentee ballot was extended through 5 p.m. Friday April 3. The deadline for ballots to be returned to the clerk’s office has been extended to April 13. Conley also ruled voters who cannot find someone to safely witness them sealing their absentee ballot can send a statement saying that to the clerk and their ballot will still be valid even without a witness signature.

The 7th Circuit Court of Appeals late Friday granted a stay in the witness signature portion of Conley's ruling, saying that the Wisconsin Elections Commission offered enough alternatives for voters to obtain witness signatures, especially with the extended deadline. Republicans had appealed Conley's decision to the 7th circuit, saying that effectively moved the date of the election. The appellate court's ruling allowed the other provisions, extending the two absentee ballot deadlines, to remain enforced.

Earlier Friday, Conley amended his injunction in response to concerns raised by the WEC. Local clerks will not release vote counts until April 13, preventing information on results from trickling out over the course of the week. Anyone who did not have a witness signature on a ballot they already mailed can mail a statement to the clerk explaining why they could not safely obtain a witness.

This story was updated to include the governor's press briefing, the statement from legislative leaders and the appellate court ruling.