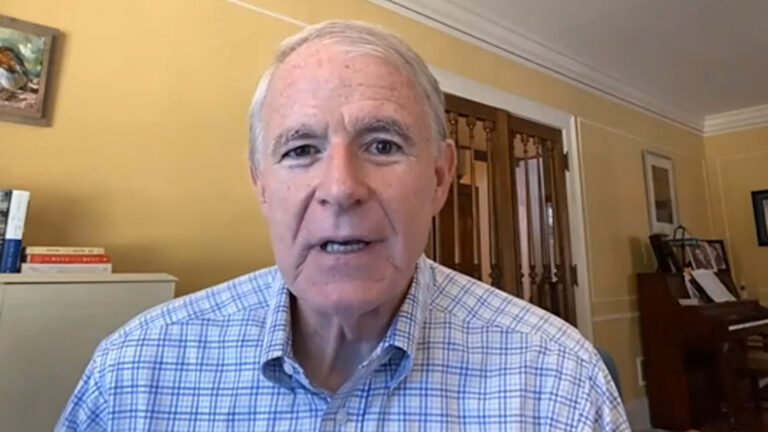 Monday morning’s wisdems.org Democratic Party convention kick-off breakfast was a large helping of down home, digital folksiness served with a side of hot criticism of incumbent President Donald Trump.

And while host city Milwaukee Mayor Tom Barrett appeared relaxed and cheerful from his house, he made sure the breakfast conversation included mention of the elephant in the living room. He contrasted how he believes Trump has handled the nation’s COVID crisis with how presumptive Democratic nominee Joe Biden views the pandemic.

Newly-elected Milwaukee County Exec. David Crowley reminded attendees that Wisconsin lost to the Trump-Pence ticket in 2016 by 23,000 votes. He did not shy away from the role Milwaukee may have played in that outcome.

Virtual political conventions have never happened before. Expectations are mixed about how many people will tune in to the Democratic—and the Republican—online conventions this week and next. Regardless of how many people observe around the country on their laptops, Milwaukee U.S. Rep. Gwen Moore said she believes the interaction among convention delegates themselves will be as robust—if not more so—with the convenience that comes with virtual meeting spaces.

The kick-off breakfast was hosted by state Democratic Party Chair Ben Wikler. All the speakers emphasized that the start of the convention week was a cause for celebration but also a time to throttle up on the hard work ahead.

Toward that end, the party will host an all-day training opportunity Monday afternoon; a series of virtual sessions called “Campaign Academy,” with coursework on campaign organization and “get out the vote” strategies.

Wikler closed the breakfast meeting with a nod to the casual realities that come with a virtual convention format.

“It’s going to be a historic week and it will be a week where you can participate in one of the most elemental and profound experiences in our democracy, a national convention, while wearing your pajamas and eating your favorite home-cooked meal.”