The Rush to Redistrict Wisconsin's Most Local Offices
Skip to content

Counties around the state are hustling to meet a November 2021 deadline for redistricting to be ready for the spring 2022 elections.

"So most of our growth occurred in the city of Menominee," said Andrew Mercil, who was appointed as the Dunn County Clerk in May 2021. He's approaching the once a decade task of redistricting with a good attitude.

"I'm certainly one of the clerks that's energized by the redistricting process, but I love data," said Mercil. "I love maps."

That's good, because the redistricting process for local municipalities has been shrunk to around 90 days.

"We're trying to make sure that nobody will lose out with this compressed timeline. But we're just doing the best we can," Mercil added. 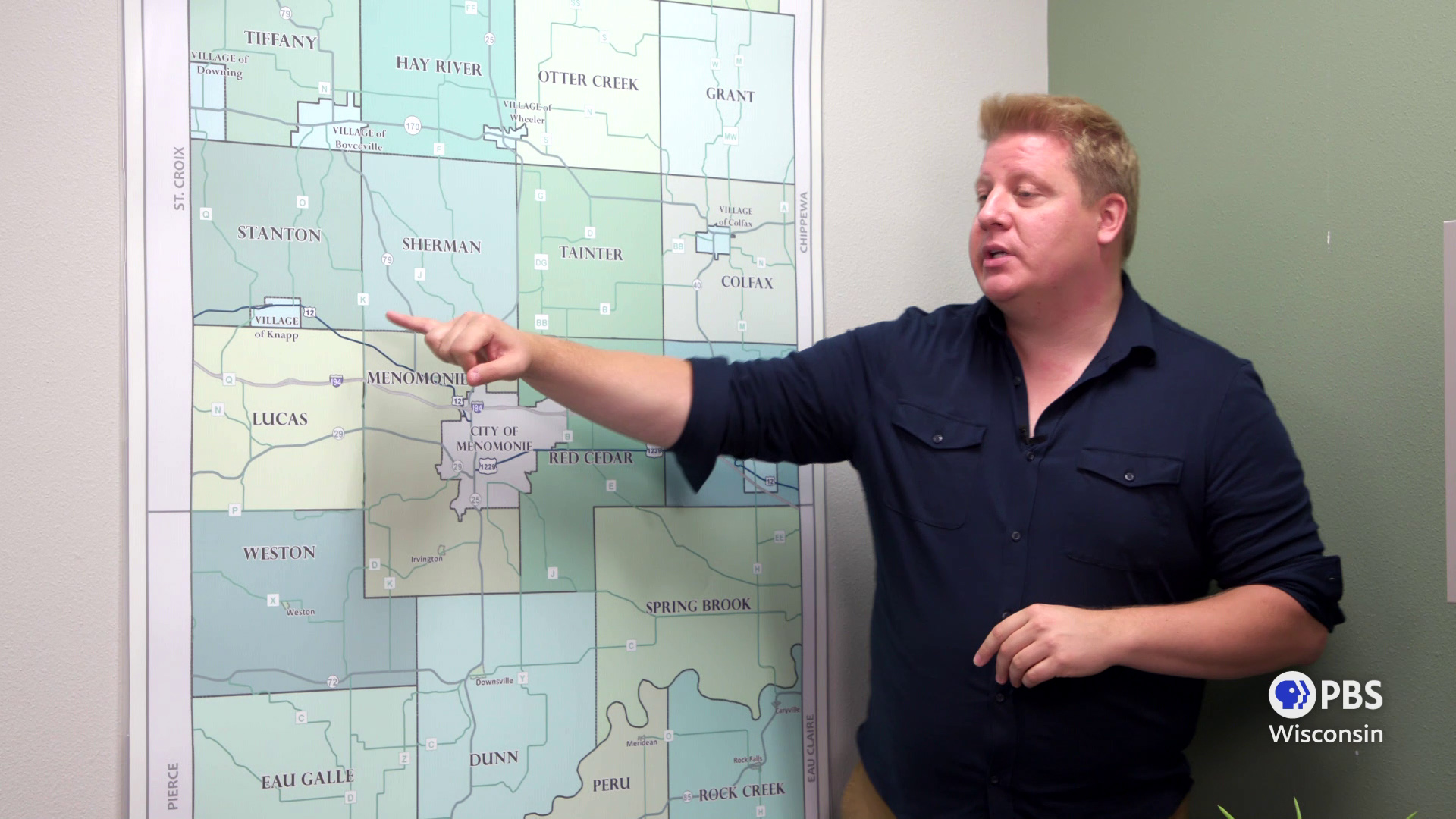 Dunn County Clerk Andrew Mercil points to a map showing different municipalities in the county, where local offices must be redistricted by a deadline of Nov. 23, 2021 in order to proceed with the state-level redistricting process. (Credit: PBS Wisconsin)

As with just about everything, the blame lies with the COVID-19 pandemic, which delayed U.S. Census collection in 2020. It meant census data clerks were expecting by April 2021 instead came out in August.

"The one hard number we have to comply with is November 23," said Curt Witynski, deputy director with the Wisconsin League of Municipalities, which represents cities, towns and villages.

He said local redistricting needs to be done by the end of November so candidates for the spring elections know which district they're running in.

The League got Republicans in the Wisconsin Legislature to pass a bill that would have delayed local redistricting for a year, to give them more time, but Governor Tony Evers vetoed the bill, saying it wasn't proper to run spring elections on outdated maps.

"We were unable to stay below the partisan radar or the lens through which everyone kind of approaches redistricting," said Witynski. "When you use the word redistricting, alarm bells go off — you know, in many cases, justifiably so." 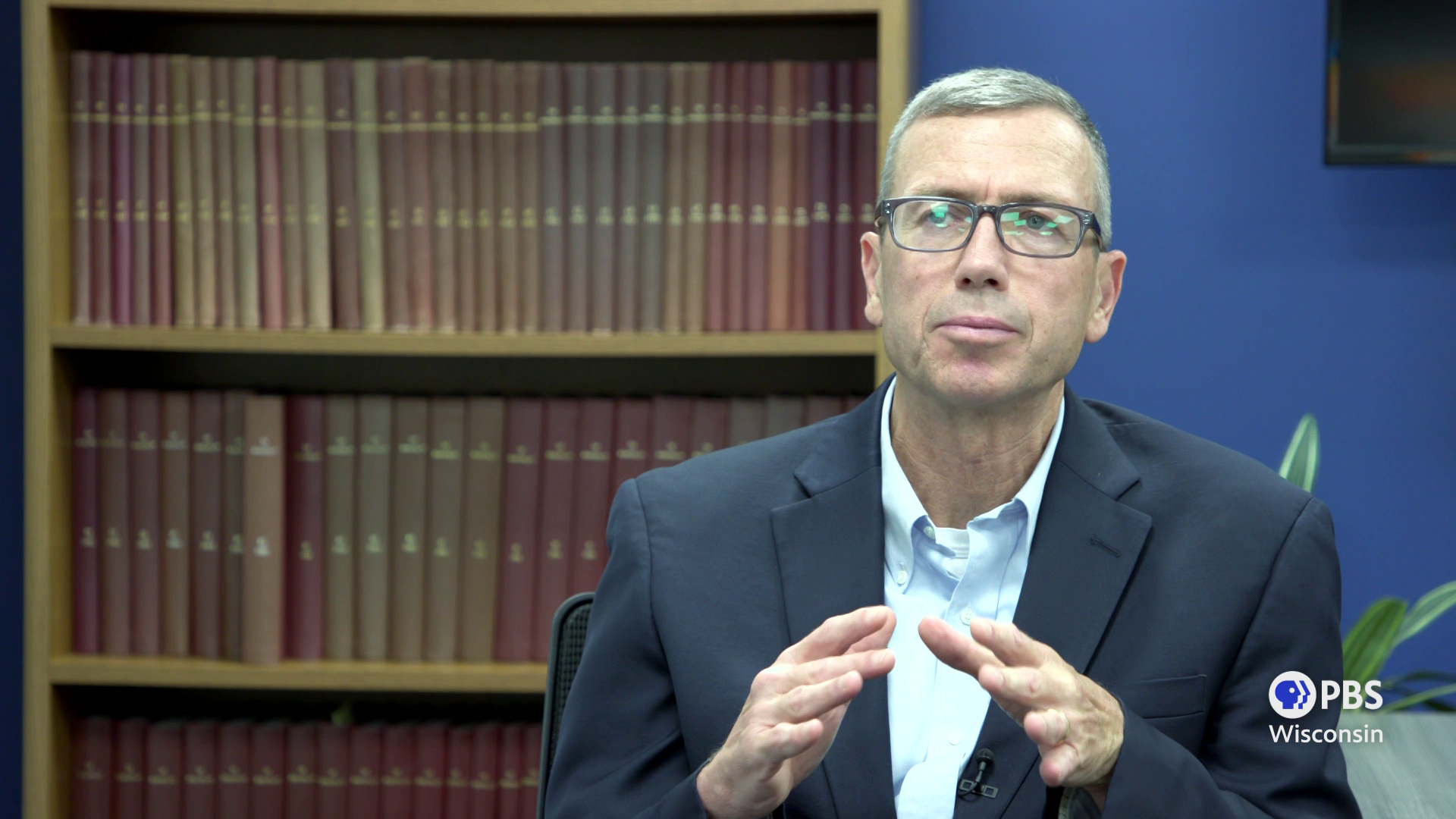 In 2011, Republicans in the Legislature created maps for state Assembly, Senate and congressional districts in secrecy.

They made their members sign confidentiality agreements just to look at them, and then passed them in summer, fearing recall elections that could have cost them control of the state Senate.

That meant local lines were drawn afterwards and had to fit the state lines already in place. That would have happened again, if not for the veto.

"The order was manipulated in 2010, different than it was prior to that. And that, again, raises people's suspicion and skepticism about any change in any layer of the redistricting process," Witynski said.

"We see a lot of municipalities, especially throughout the state, that have very strange electoral wards," said Witynski

Dunn County is split between four Assembly seats, and Mercil said it makes for some weird local districts. He hopes letting the locals draw their ward lines first will create a better process, even if there's not much time for public input. 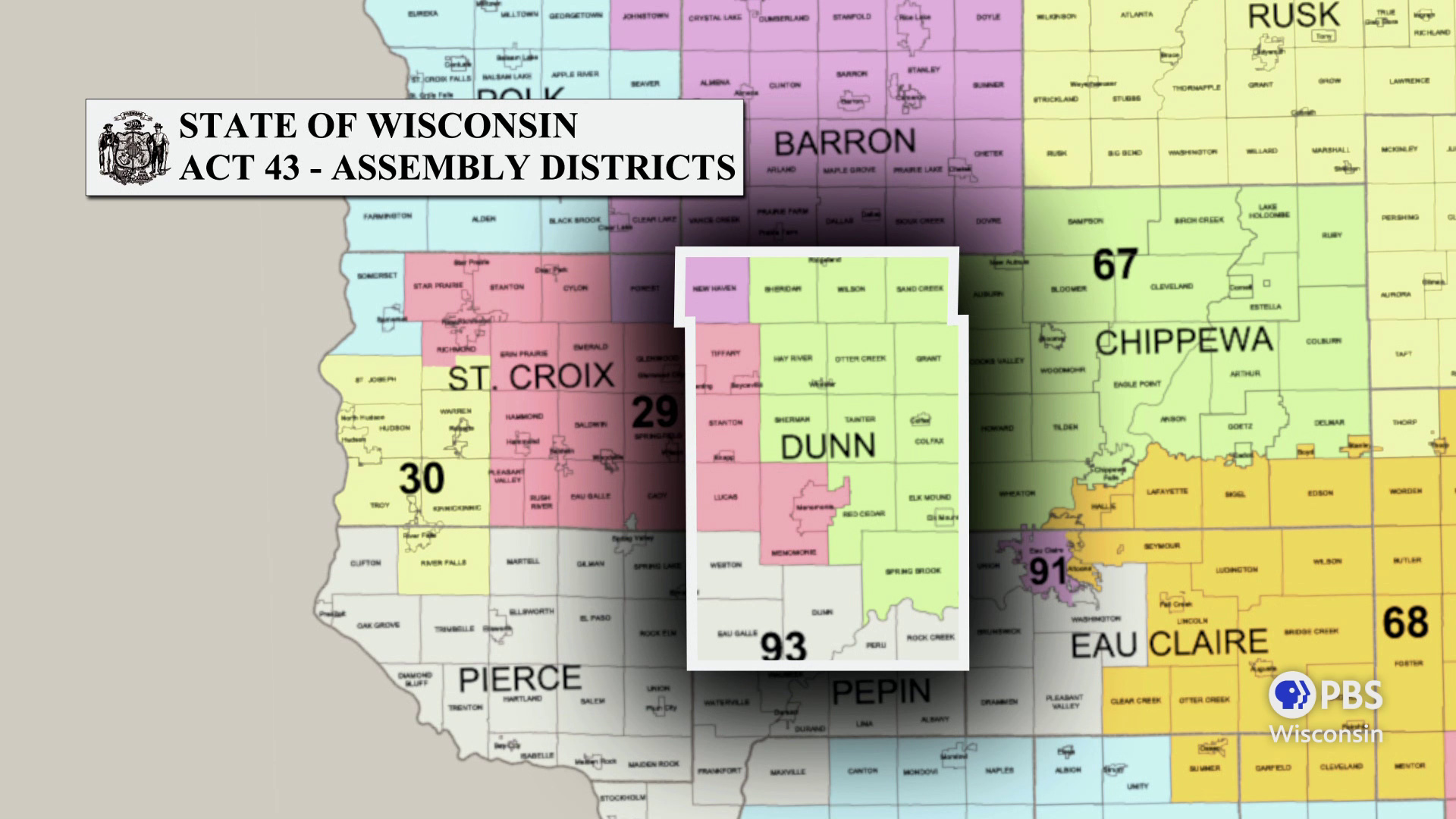 In the 2011 round of redistricting, residents of Dunn County were split among four different state Assembly districts. (Credit: PBS Wisconsin)

"One of the things that we're concerned about is just feedback from individuals who live within the municipalities in the county," said Mercil.

"I think there will be an opportunity to participate," said Witynski. "It's just going to be — everyone is going to have to be on their toes and moving much faster than usual."

Under the redistricting process, counties draw their supervisory districts, then send that info to the towns and villages to draw their local wards, hopefully matching up with county lines.

His redistricting team has a different concern — the county board is considering expanding from 15 seats to 21 seats.

"Obviously, if it goes to 21 [there] will be dramatic changes. If it stays at 15, probably not a whole lot," Scholz said. 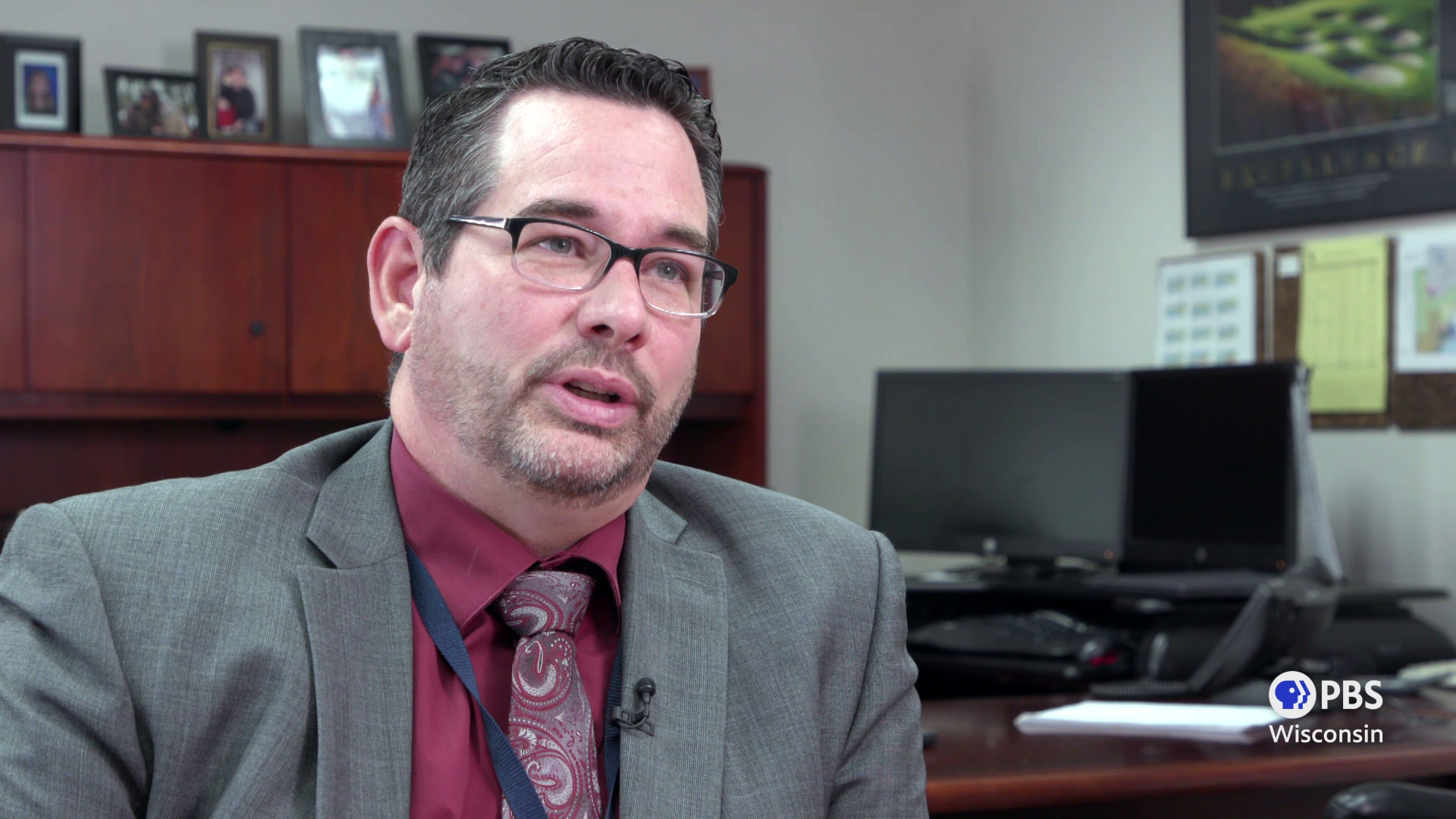 Chippewa County Administrator Randy Scholz describes the challenge of redistricting should the county board be expanded from 15 to 21 supervisors. (Credit: PBS Wisconsin)

Still, even with a tightened timeframe and an expanded board, Scholz says they'll be ready.

"I think people are confused about what happened with the governor and the veto and all that kind of stuff," he said. "But I guess I just want to let people know that as far as Chippewa County is concerned, we're going to get it done. We're going to do our due diligence. We're going to spend the time we need to to get it right." 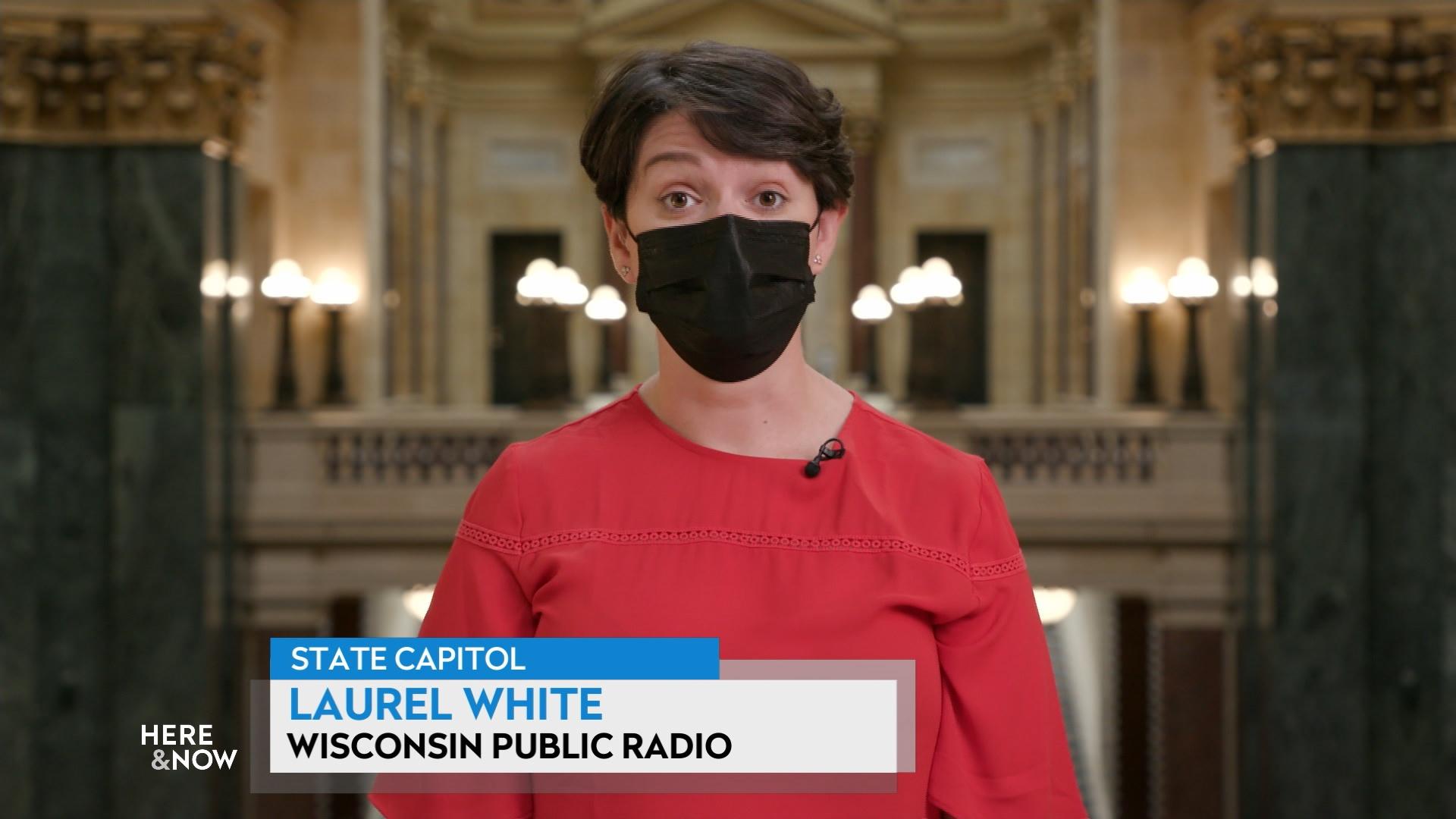 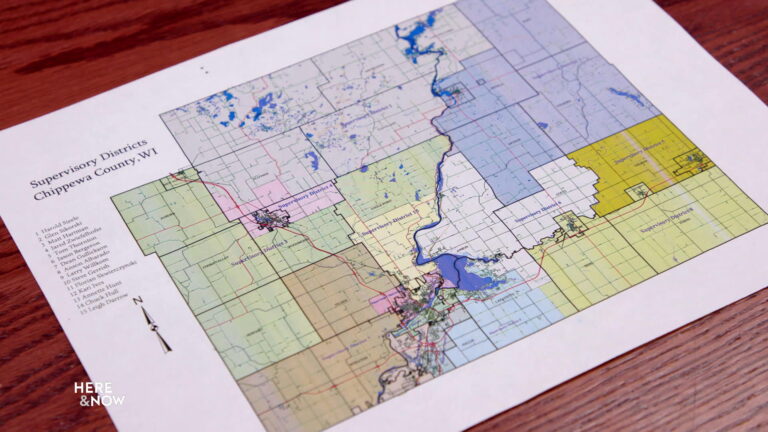 How Could the Delta Surge Affect Wisconsin's Redistricting Process? 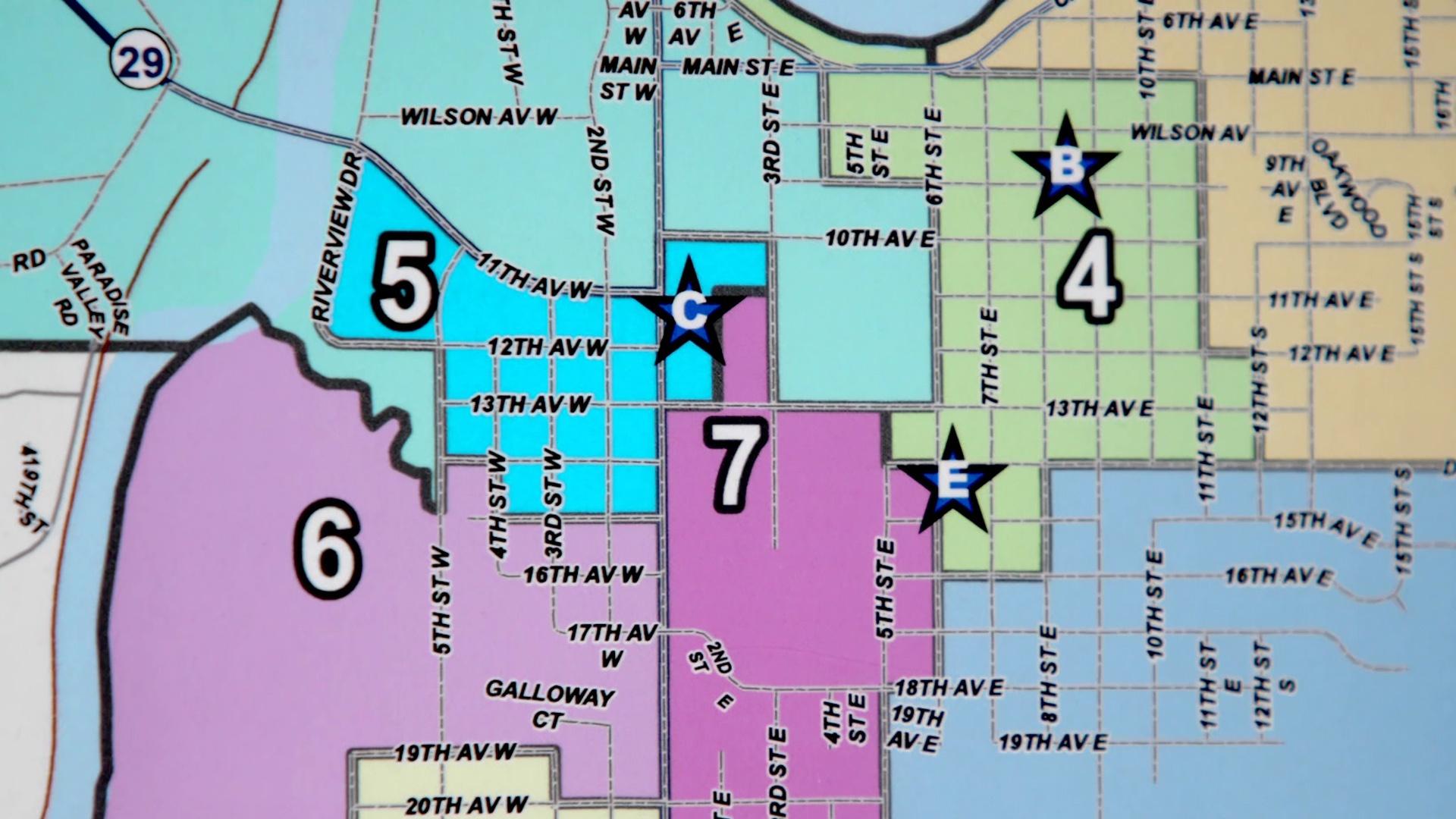 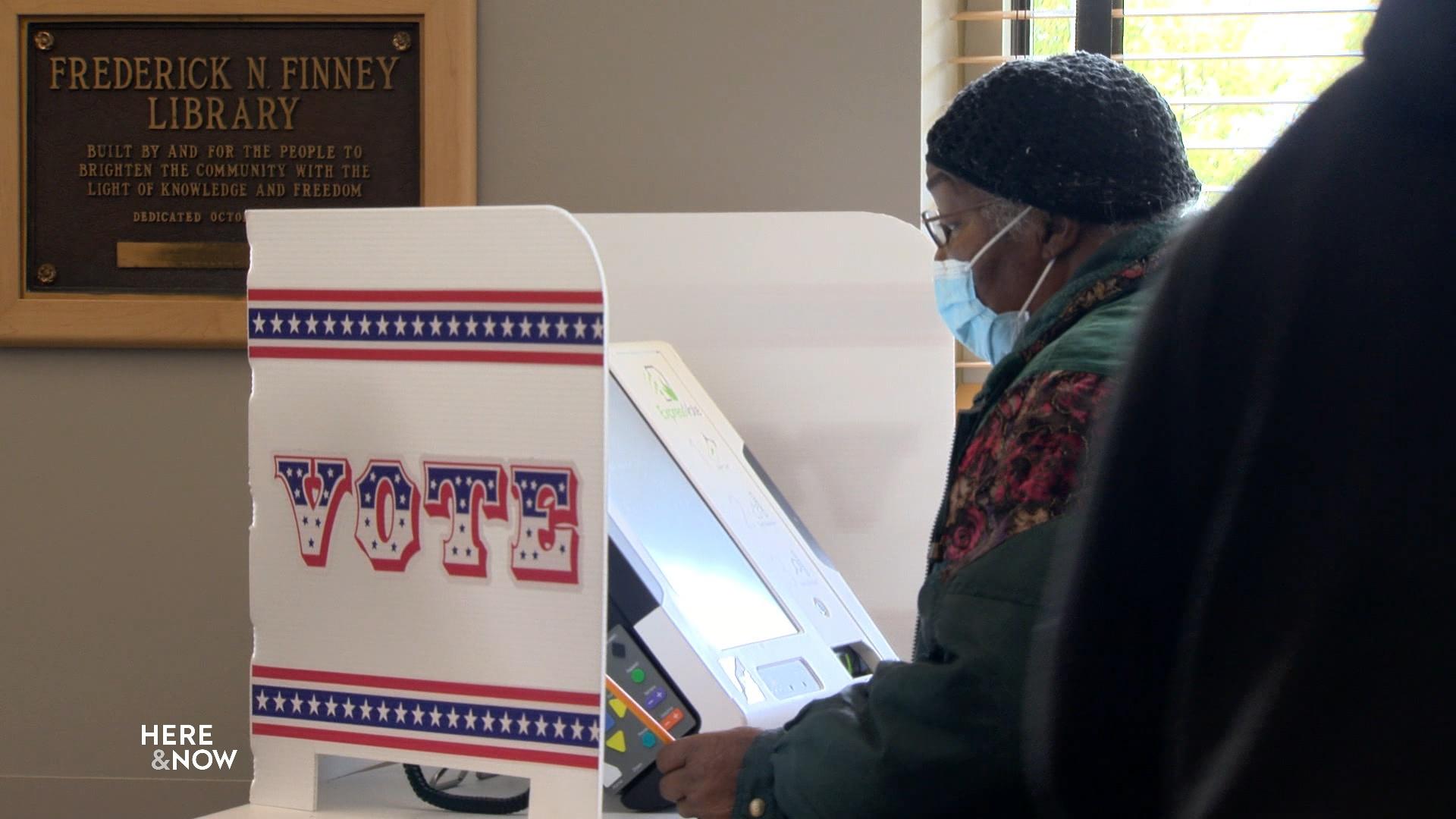 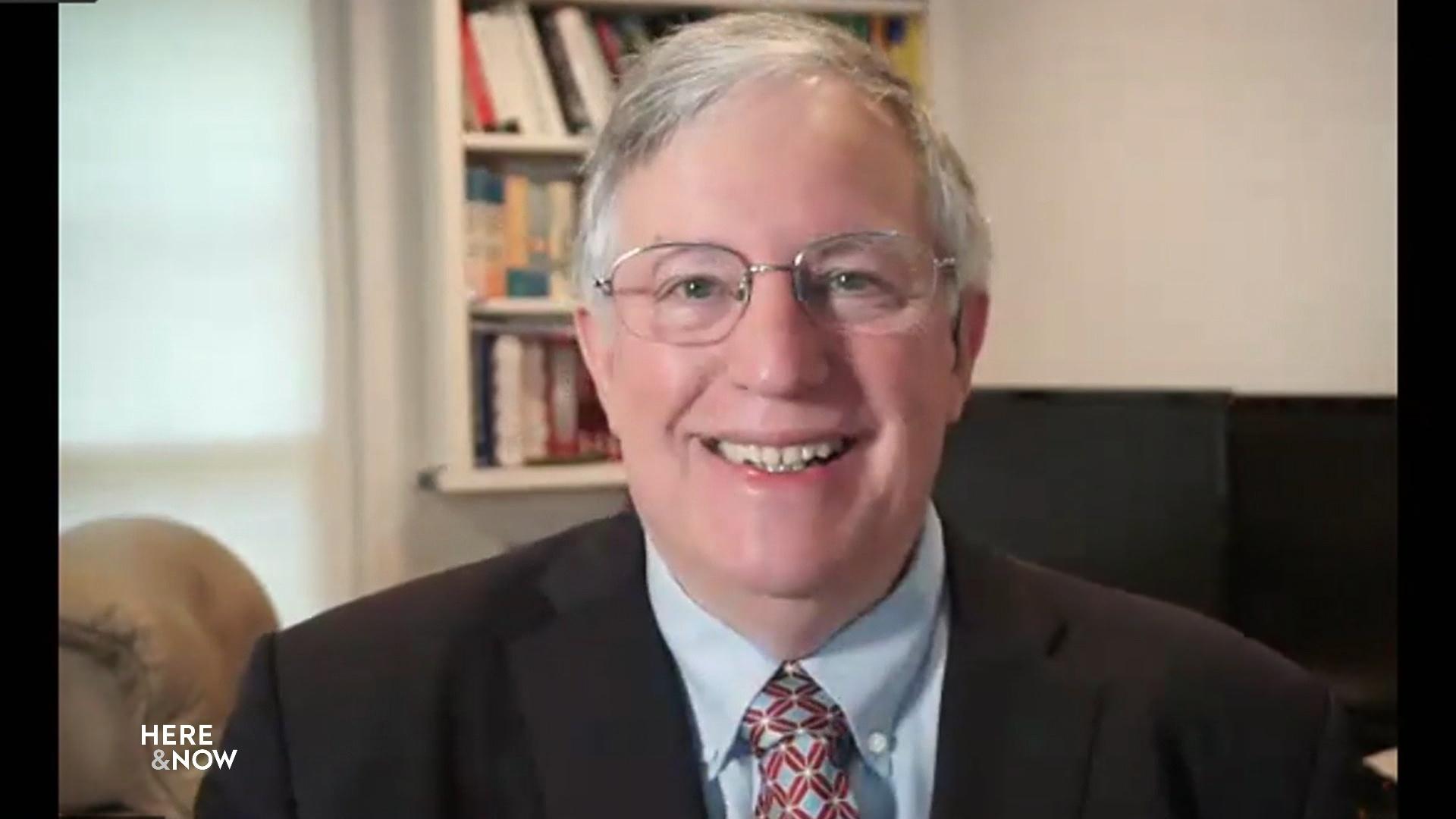