Milwaukee socialists mark a return to prominence in Wisconsin politics

More than a century after socialists first won elections in the state and several decades since any held office in the state Legislature, unopposed 2022 candidates Ryan Clancy and Darrin Madison Jr. are poised to take seats in the Assembly. 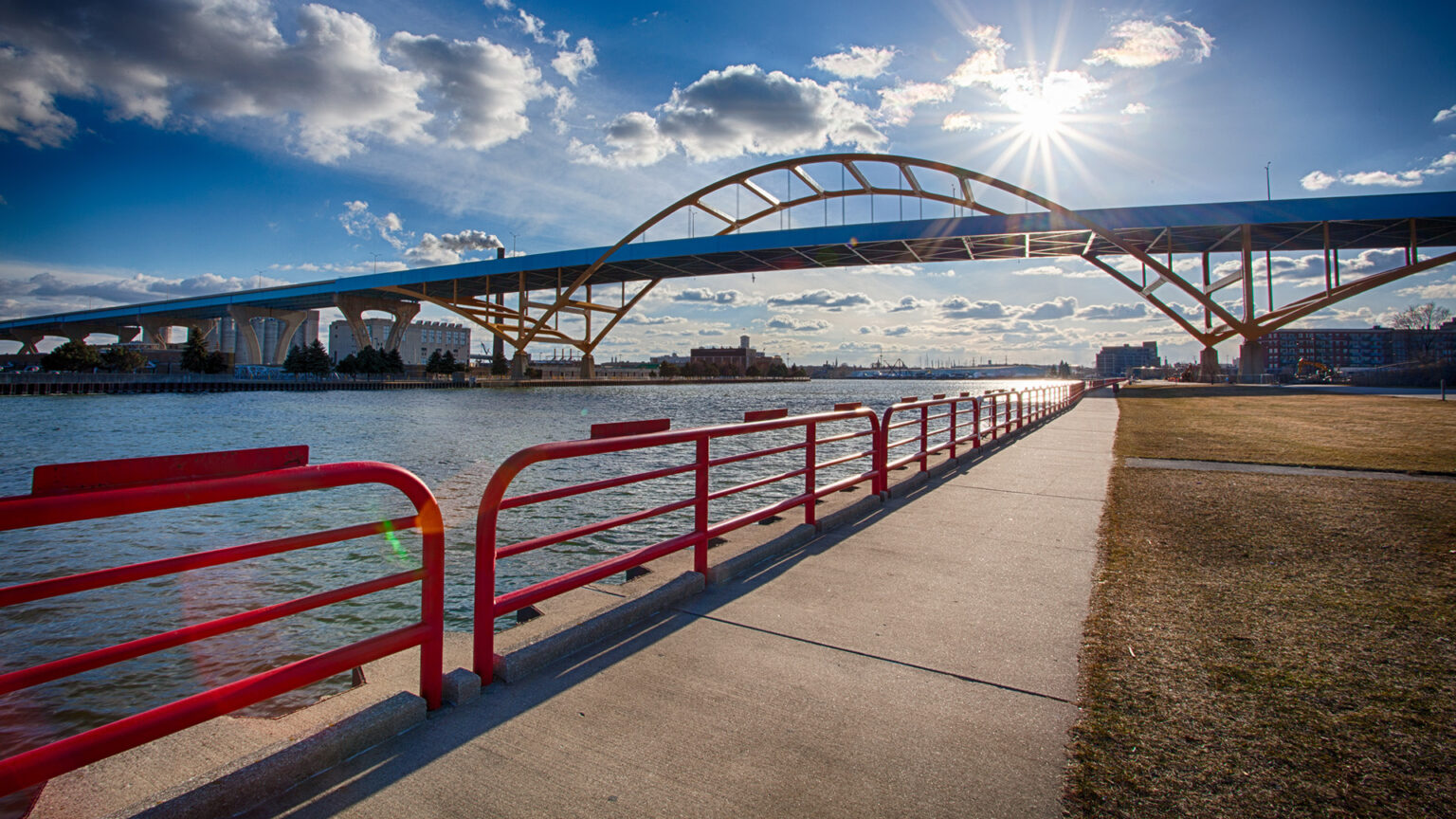 Two 21st century socialists from Milwaukee are set to join the Wisconsin Assembly, marking a return of this political perspective to the state Legislature after an absence of more than three decades.

Darrin Madison Jr. won his primary against a Democratic opponent by a comfortable margin, while Ryan Clancy ran unopposed. Both candidates are in Milwaukee-area districts — Madison Jr. in Assembly District 10, which includes a slice of the city's north side and adjacent suburbs, and Clancy in Assembly District 19, which hugs the Lake Michigan shoreline both north and south of downtown.

Madison Jr. and Clancy have been endorsed by the Milwaukee chapter of Democratic Socialists of America, the largest socialist organization in the country — though they are also running under the Democratic Party banner and will appear on the November 2022 ballot with that affiliation.

With no Republican challenger in either district, the candidates are set to win the general election on Nov. 3 and take their seats in the Assembly.

"Throughout this race, I was consistently underestimated, and the folks who were working on my behalf were underestimated," Madison Jr. said. "But I was able to build a broad coalition of community members, young people and folks across the political diaspora that want to fight for our shared values."

"I'm so excited to be there with [Darrin Madison Jr.], because I know what it's like to be the only person in the room explaining the basic premise of socialism," Clancy said. "These days, the s-word is not the dirty word that it once was."

Both candidates have a laundry list of issues they want to tackle in Wisconsin, from affordable housing to climate change.

Along with priorities detailed on his campaign website, Clancy says his top issue is securing the right to counsel at a statewide level, in the face of a statewide public defender shortage. Although his campaign website lists many issues, Madison Jr. also has his focus on criminal justice, and hopes to work to close youth prisons and provide young people in the juvenile system with resources to transition back into their community. 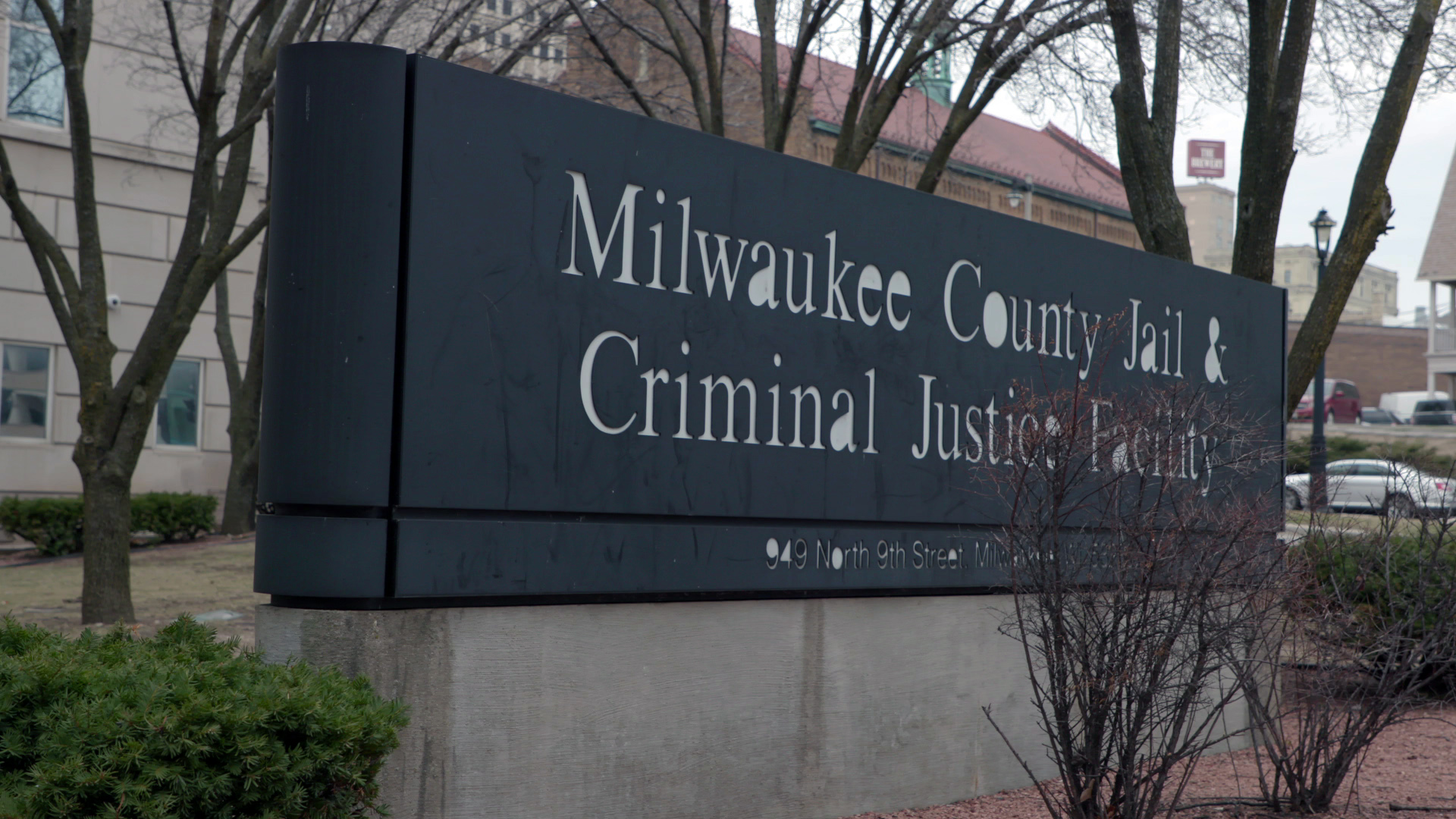 However, in the face of a gerrymandered Wisconsin Legislature, with maps that are set to remain in place through the 2020s, these two candidates say they understand the chances of passing their preferred legislation is unlikely.

"Once elected, I will be both a county supervisor and a member of the state Assembly, where I can really use those experiences to draw on and strengthen each other," said Clancy, who is also a member of the Milwaukee County Board of Supervisors, and represents its 4th District. "So when I'm on the floor in the Assembly, I can talk about what it looks like to be from a county which is perpetually underfunded by the state, and bring that expertise."

Madison Jr., who is 25 and would be one of the only Gen Z representatives in Wisconsin's state house, echoed Clancy's sentiment.

"The Legislature is a space to bring conversations and issues that all Wisconsinites care about," he said. "When we uplift those issues, we can build a broader base of support."

A legacy of 'sewer socialists'

Milwaukee has a long history of socialist representation in city, state and federal politics, including the election of three socialist mayors between 1910 and 1960. Milwaukee is still the only city in America that has ever elected a Socialist mayor.

Socialist officeholders in Milwaukee focused primarily on public health and infrastructure, earning the label of "sewer socialists" for their efforts to clean up neighborhoods and workplaces with new sanitation systems, municipal water supplies, community parks and other shared infrastructure.

"A lot of their legacy we can still see today in the public parks and beaches of Milwaukee County, but also in the first public higher education institutions in the city," said Phil Rocco, a political science professor at Marquette University. "They also introduced policies that favored working people — like the eight-hour day."

The height of Milwaukee socialists' popularity and power came in 1910. Victor Berger became the first Socialist elected to the U.S. House of Representatives in that year's election, while Emil Seidel became Milwaukee's first Socialist mayor and socialists won a majority of seats in the city and county governments. These sewer socialists were members of the Social-Democratic Party of Wisconsin. 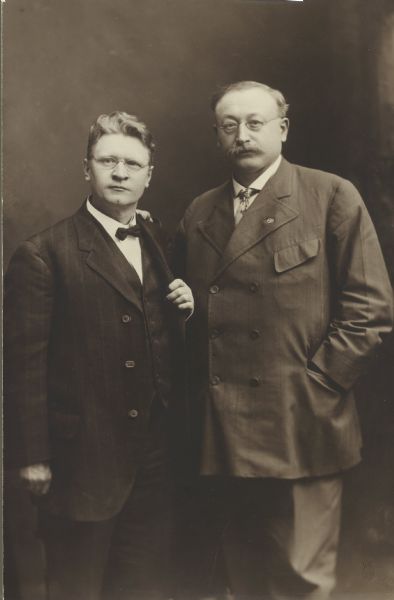 An undated photo shows Emil Seidel (at left) and Victor Berger (at right), who ran as Socialist candidates in 1910 elections. Seidel was elected the first socialist mayor of Milwaukee, while Berger was the first socialist member of Congress. (Credit: Courtesy of the Wisconsin Historical Society)

Seidel and Berger both lost their reelection campaigns two years later, but a new socialist mayor, Daniel Hoan, was elected in 1916. Berger eventually again won the same U.S. House seat in 1918, but was barred from taking it after being convicted under the 1917 Espionage Act for opposing American intervention in World War I. After winning three more elections while continuing to be barred from Congress, Berger was allowed to take the seat in 1923 and served for six years.

"We don't want to create the impression that it was a completely uncontested era, where just socialists reigned supreme," Rocco added. "They were fighting for their right to exist as a party."

Hoan served as mayor until 1940, before being defeated in that year's election — he was the city's longest-serving mayor up to that point. The last socialist mayor in Milwaukee, Frank Zeidler, was in office from 1948 to 1960.

"It would have been least advantageous for people to use the word socialist as their political identity in the late '40s and '50s, when Milwaukee actually had a socialist mayor," said Sam Harshner, a teaching instructor of political science at Marquette. "Socialists were considered subversive and potential revolutionaries, yet Milwaukee maintained an effective socialist mayor."

In the eras of rampant redlining and the Civil Rights movement, Zeidler focused on creating affordable, integrated housing in Milwaukee.

"In the early period of the Socialist Party, figures like Victor Berger had very ugly views on race, and was a eugenicist in nature," Harshner said. "But in general, what we see is socialists being progressive on issues of race and ethnicity throughout the period."

Harshner added that what likely brought an end to the socialist officeholders in Milwaukee were how progressive elected officials were perceived when it came to race and homeownership.

"It's one of the reasons [Zeidler] didn't run again in 1960," Rocco said. "He sort of steps back in part because of some racist smear campaigns."

Following Zeidler's run as mayor, Milwaukee had a socialist-affiliated representative in the state Assembly from 1977-1989 in Dismas Becker, but no elected officials have claimed that label until 2022. A detailed history of Milwaukee's sewer socialism leaders is explored in the documentary "America's Socialist Experiment."

"I think that it's important to learn from the legacy [of past Milwaukee socialists] and how they navigated — though the circumstances [now] are different," Madison Jr. said. "Even looking at their legacy of civil rights and organizing, some of those strategies still apply."

Madison Jr. and Clancy's focus on issues facing everyday Wisconsinites, and their primary campaigns reflect Milwaukee's socialist past. Both candidates have funded their campaigns with the support of small money donors.

"[Madison Jr. and Clancy] can hold their [Democratic counterparts] accountable to the party platform, because they hold the levers of [their own] fundraising," Harsner said. "Their resources are not based on compliance with the party line." 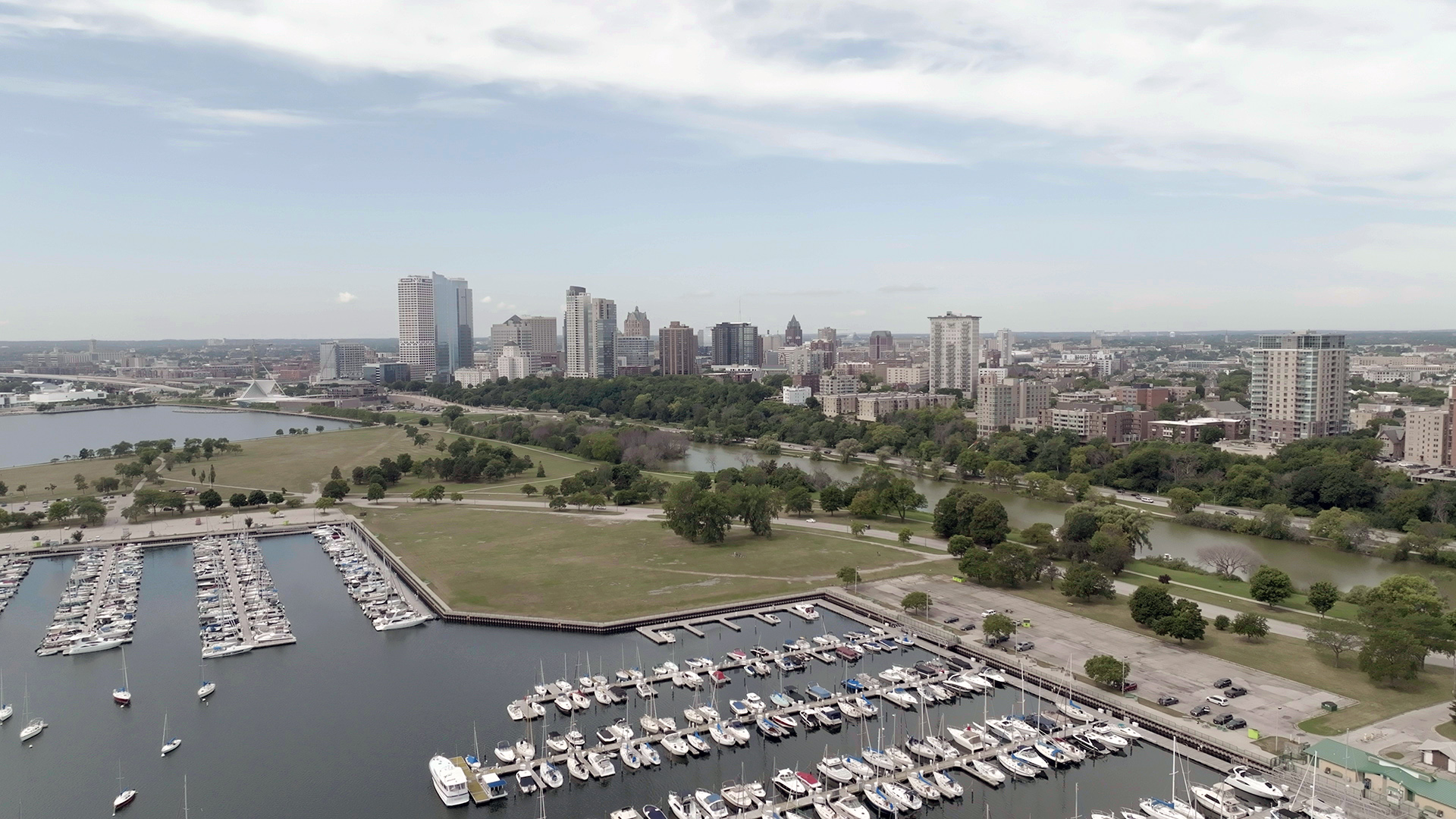 Milwaukee voters have elected socialists to local, state and federal government offices at multiple points for more than a century. In 2022, there are two socialist candidates running unopposed for seats in the Wisconsin Assembly. (Credit: PBS Wisconsin)

Clancy said it is important for him and Madison Jr., as newly elected socialists, to caucus and work with Democrats in the Assembly, but to also pursue a new start for a socialist party in Wisconsin.

"I hope that nobody takes our votes for granted, but that we are granted a place at the table so we can make better lives together," said Clancy.

Neither candidate said they could be sure that socialism will again become a force in the state's politics, even if only in Milwaukee, but both expressed optimism that as Wisconsinites learn more about their platforms, more voters will join their coalition.

"We care about [Wisconsinites] having access to living wage jobs, having worker protections, and having quality housing," Madison Jr. said. "We want a government that people can trust to work on their behalf, not one interested in fueling its own ambitions."