Republicans were seeking records from the Milwaukee Election Commission and mayor's office related to a get-out-the-vote campaign that conservatives said was attempting to bolster turnout in favor of Democrats. 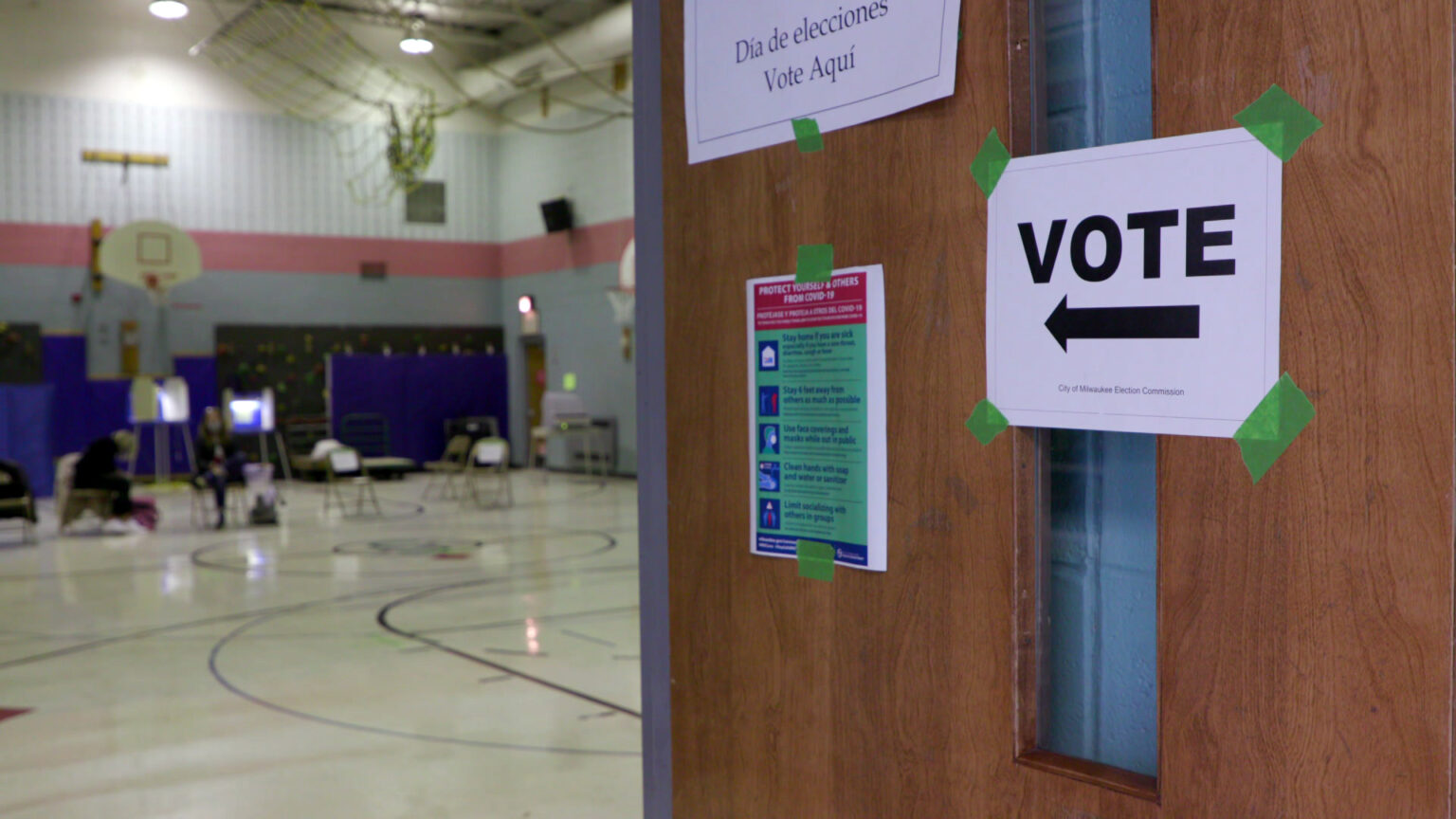 Signs affixed to door of a gym point voters to a polling place in Milwaukee on Nov. 3, 2020. (Credit: PBS Wisconsin)

MADISON, Wis. (AP) — An open records lawsuit filed against Milwaukee officials by the Republican Party of Wisconsin has been dismissed after the party said it received what it had requested.

Republicans were seeking records from the Milwaukee Election Commission and mayor's office related to a get-out-the-vote campaign that conservatives labeled an illegal attempt at bolstering turnout in favor of Democrats.

Milwaukee Mayor Cavalier Johnson's office has clarified that Milwaukee Votes 2022 is a privately funded and nonpartisan initiative designed to encourage voting and register voters. Republicans filed an open records request on Sept. 13 seeking communications between GPS Impact, a liberal communications firm advising on the initiative, and the mayor's office and Milwaukee Election Commission.

The party, joined by the National Republican Senatorial Committee, filed a lawsuit less than two weeks later on Sept. 26, alleging that officials weren't responding to their request as swiftly as the law requires. Wisconsin's open records law requires a response to requests "as soon as practicable and without delay," but it often takes weeks or months for records to be provided.