Gov. Tony Evers called for a special session of the Wisconsin Legislature to pass a measure creating a way for voters to repeal a 173-year-old abortion ban, but within hours of the announcement, Republican legislative leaders summarily rejected the idea. 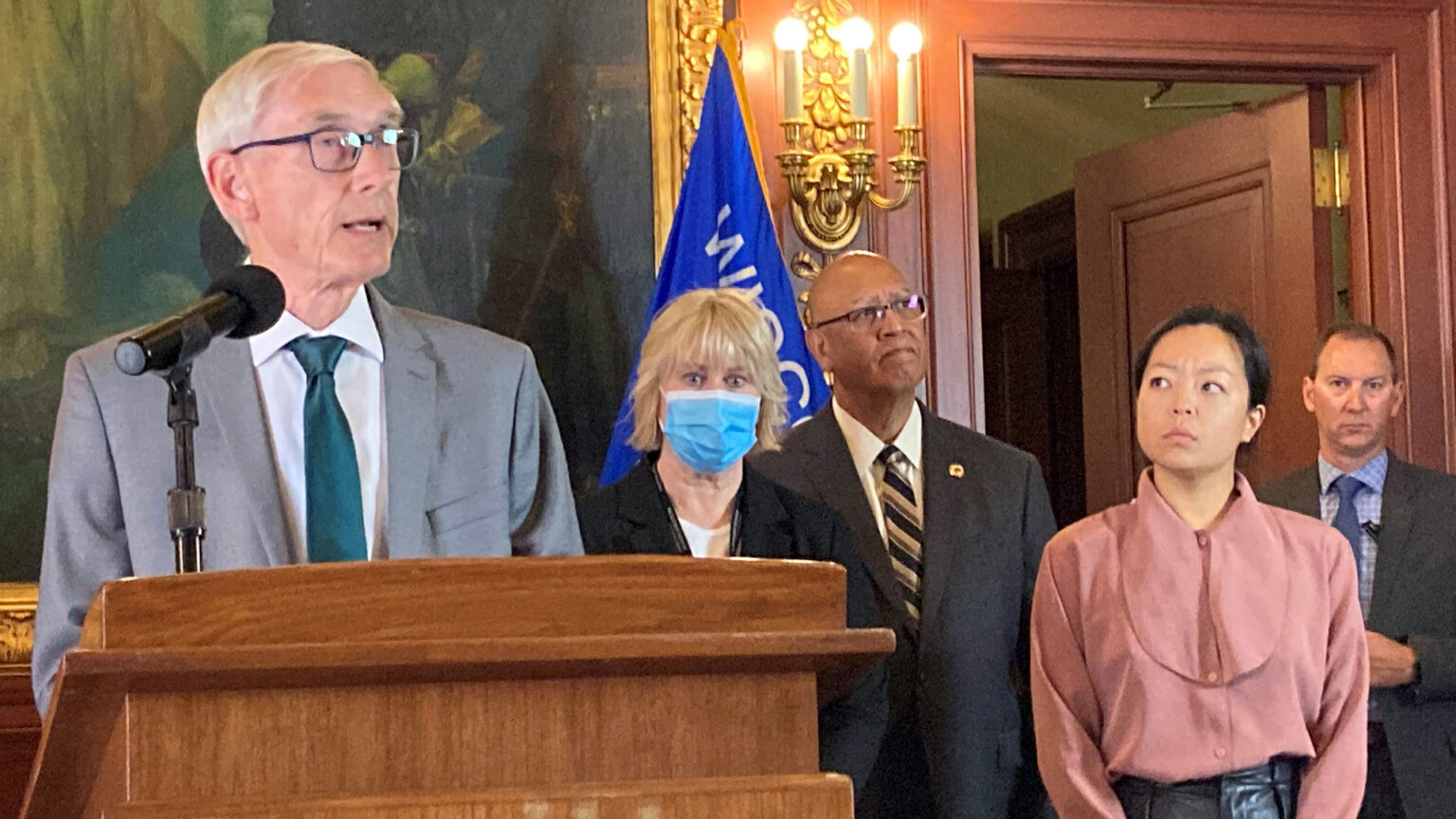 Democratic Wisconsin Gov. Tony Evers calls the Republican-controlled Wisconsin Legislature into special session to create a pathway for a statewide vote to repeal the state's 1849 ban on abortions at a news conference on Sept. 21, 2022, in the governor's conference room at the state Capitol in Madison. (Credit: AP Photo / Scott Bauer)

Evers called on Sept. 21 for a special session of the GOP-controlled Legislature to pass a measure creating a way for voters to repeal the 173-year-old law. But within hours of announcing his proposal, Republican legislative leaders summarily rejected it as a political stunt.

It's the latest move by Evers to put pressure on Republicans over abortion and keep the issue in the spotlight ahead of the election. Polls have repeatedly shown that a majority of Wisconsin residents support abortion rights. Evers is in a tight race with Republican Tim Michels, who supports the state's ban, which has no exceptions in cases of rape or incest.

Wisconsin clinics stopped performing abortions after the U.S. Supreme Court overturned Roe v. Wade, as a legal fight plays out to determine whether the state's pre-Civil War era abortion ban is in effect.

Evers has repeatedly used the tactic of calling special sessions on hot-button political issues, including gun control and expanding Medicaid, to put Republicans on the spot. They have never acted on any of the special session calls, including one in June to repeal the state's ban.

Still, lawmakers will have to formally convene and then adjourn the special session on Oct. 4 as called by Evers, giving Democrats another chance to hit Republicans on the issue.

"Right now, today, when it comes to reproductive freedom, the will of the people isn't the law of the land but it damned well should be, folks," Evers said at a state Capitol news conference surrounded by Democratic state lawmakers.

Evers noted that Republican U.S. Sen. Ron Johnson recently voiced support for having voters in the state vote on adding exceptions to the state's abortion law. Johnson, who is also up for reelection in November, supports exceptions for rape and incest that don't exist under the current state law.

Evers and his allies have been hitting Michels over his support of the state's abortion ban. Michels spokesperson Anna Kelly said Evers was trying to deflect from his record.

"Evers doesn't want this election to be a referendum on his job performance on crime, inflation, or education because he knows that people would reject his tired, old agenda," Kelly said.

In August, Kansas voters rejected a ballot measure that would have allowed the Republican-controlled Legislature to tighten restrictions or ban abortion outright. Michigan voters will decide in November whether to put the right to an abortion into the state constitution.

The measure Evers is proposing is not specific to abortion, but instead would allow for voters to place on the ballot proposals to reject laws passed by the Legislature and to enact new laws and constitutional amendments.

The previous week, Kaul removed top Republican lawmakers from his lawsuit to block enforcement of the law. He replaced them with the district attorneys of Dane, Milwaukee and Sheboygan counties. The move was designed to prevent delays in the lawsuit.

Milwaukee, Dane and Sheboygan counties were the only places in the state where abortions were taking place before the Supreme Court overturned Roe v. Wade.

Kaul filed the lawsuit in June, just days after the court's ruling, arguing that a 1985 law allowing abortions up to the point of a fetus' viability supersedes Wisconsin's 173-year-old ban on nearly all abortions. The point of viability is unclear; some physicians say it's about 20 weeks, others around 28 weeks.

The attorney general also argues that the ban is unenforceable because it has become obsolete.