Attorney General Josh Kaul filed a lawsuit in Dane County court arguing that a 1985 law that allows abortions up to the point of a fetus' viability supersedes an 1849 ban. He said that means abortions are still legal in Wisconsin before that point in a pregnancy. 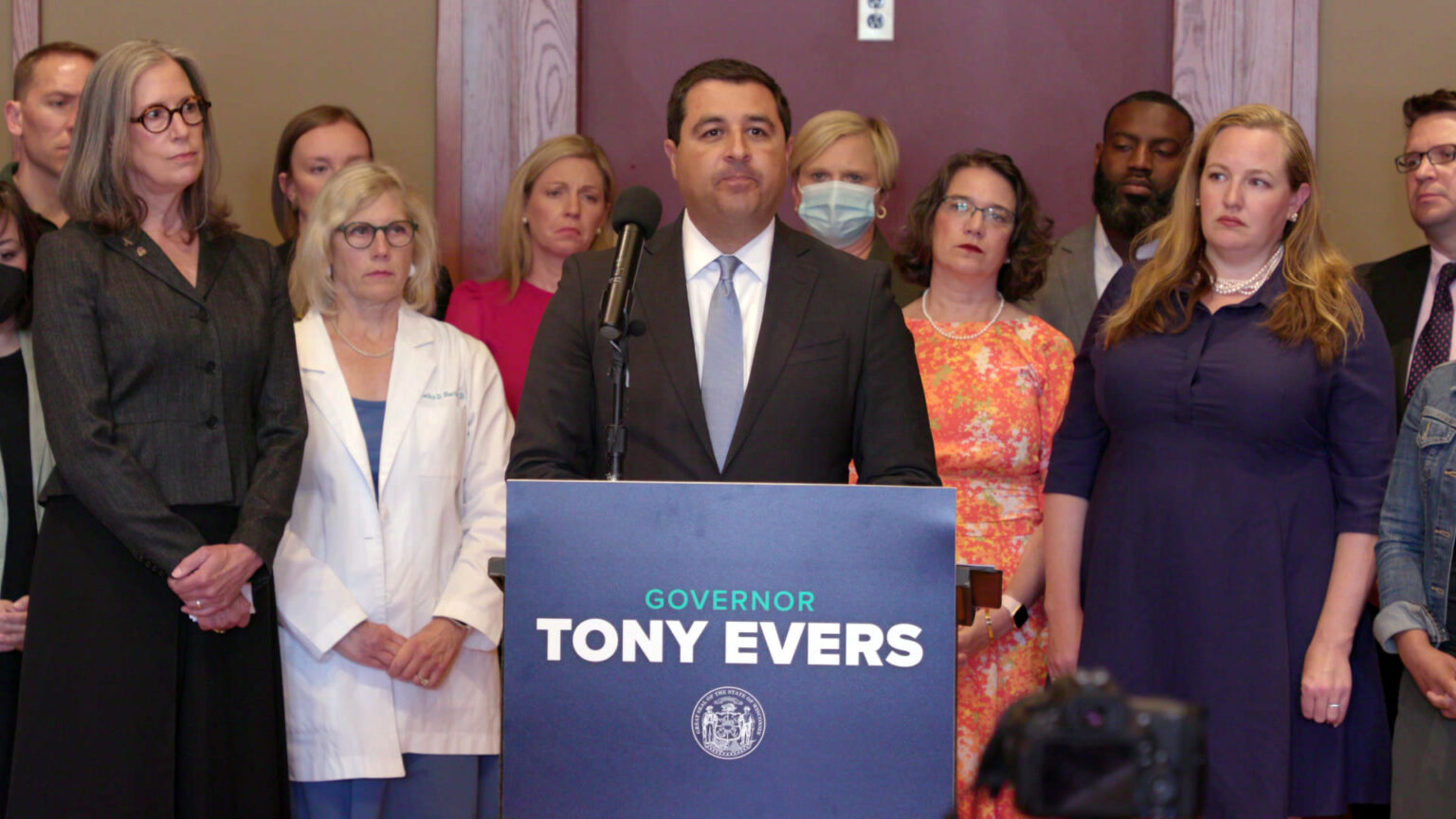 Wisconsin Attorney General Josh Kaul filed a lawsuit on June 28, 2022 challenging the status of Wisconsin's 1849 abortion law. In this image, he speaks during a press conference announcing the lawsuit. (Credit: PBS Wisconsin)

MADISON, Wis. (AP) — Wisconsin's Democratic attorney general filed a lawsuit on June 28 challenging the state's 173-year-old abortion ban, arguing that statutes passed in the 1980s supersede the ban and it's so old that modern generations never consented to it.

Wisconsin passed a law in 1849, the year after the territory became a state, banning abortions in every instance except to save the mother's life. The U.S. Supreme Court's landmark 1973 Roe vs. Wade ruling, which essentially legalized abortion nationwide, nullified the ban.

The court's decision on June 25 to reverse Roe vs. Wade has created questions about whether the ban is back in effect. Anti-abortion advocates insist it is. Abortion providers in the state stopped offering procedures on June 25 out of fear of prosecution.

Attorney General Josh Kaul had hinted before the Supreme Court's decision reversing Roe vs. Wade that he would challenge the ban's validity. He followed through on June 28, filing an action in Dane County Circuit Court. He blasted the ban during a news conference with Democratic Gov. Tony Evers to announce the filing.

According to the lawsuit, Wisconsin adopted a post-Roe vs. Wade law in 1985 that prohibits abortions after a fetus has grown enough that it could survive outside the womb. That point in time is the subject of debate. Some physicians say it's around 20 weeks, others around 28 weeks.

Kaul argues that the 1985 law superseded the ban and therefore abortions before the point of viability remain legal in Wisconsin.

Kaul goes on to contend that the ban should be declared unenforceable because it has become obsolete, saying a law that was enacted so long ago "cannot be said to have the consent of the governed."

“This Court therefore should declare that (the ban) cannot be enforced as applied to abortions until and unless new legislation is enacted into law," the lawsuit said.

Republican lawmakers have said they may update the ban when they return to Madison for the next two-year legislative session in January. Evers would veto any of their attempts if he wins reelection in November, however.

The lawsuit names Senate President Chris Kapenga, Senate Majority Leader Devin LeMahieu and Assembly Speaker Robin Vos as defendants. Vos said in a statement that Evers and Kaul's decision to sue is just as misguided as the original Roe vs. Wade ruling.

"Once again we will do Attorney General Kaul's job and vigorously defend the law," Vos said.

"What you have here is political grandstanding," Appling said. "He's playing to his political base and doing their bidding, unfortunately, rather than doing what he was elected to do."

Kaul faces an uphill fight in the courts. The lawsuit is so important it will likely work its way to the state Supreme Court. Conservatives hold a 4-3 advantage on the court. Justice Patience Roggensack isn't running for reelection next April, which gives liberals a chance to regain the majority, but Kaul said during the news conference he wants a quick resolution of the case.

Dr. Kathy King, Planned Parenthood of Wisconsin's medical director, thanked Kaul and Evers for taking action. She said her organization has been forced to turn patients away, causing suffering because of a "vague" law from 1849.

Meanwhile, three Republican gubernatorial hopefuls warned they would fire prosecutors who refuse to enforce the ban.

District attorneys are elected officials but state law allows the governor to remove them from office for cause.

Also on June 28, the Wisconsin Supreme Court announced it would hear three new cases, including that of an anti-abortion protestor who lower courts determined was harassing a Planned Parenthood employee in 2020 when he followed her to her car and told her bad things could happen if she didn't repent.

The court is expected to determine whether the protestor's statements were indeed harassment and whether the lower court's decision to block him from protesting outside Planned Parenthood for four years violated his First Amendment rights.