The motion approved by the Wisconsin Elections Commission would send ballot requests to 2.7 million voters. The commission would exclude those who have request forms already on file, or those suspected of moving without re-registering. 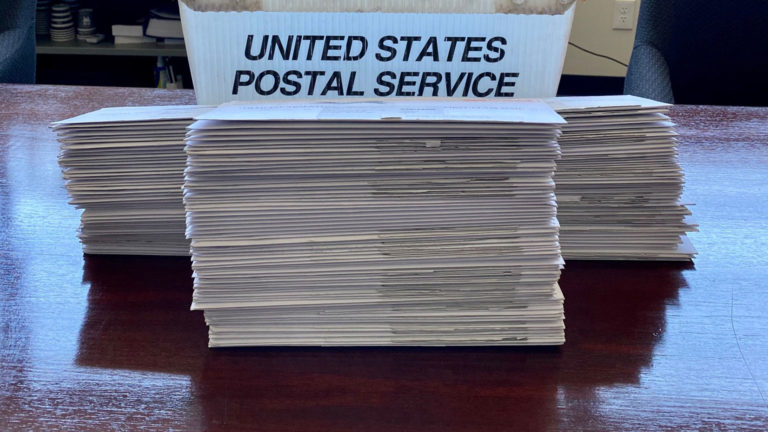 Some commissioners had pushed to narrow those who would receive the request forms in an effort to reduce costs, saying those who already voted absentee would not need the reminder. The plan would cost $2.25 million.

The mailers would include information on how to vote by mail as well as in-person, and a sample absentee ballot request form. Voters would send the form and documentation, such as a photo ID, to elections commission staff in Madison. Commission staff would enter the form in a database for local clerks to approve, who would then send the ballot from clerks’ offices.

Commission staff said the centralized process would create uniformity across the state and save money by paying for return postage as-needed, which requires a central address.

“In addition, conducting a state level mailing might allow some localities to redirect their time and energy away from their own mailings that many of them are considering right now,” said Robert Kehoe, the commission’s technology director.

Commission staff will present the commission with a design for the mailer during the commission’s June 10 meeting, ahead of a July 1 deadline for the state to begin printing the mailers. They expect mailers would be sent to voters as early as Sept. 1.

While the commission approved the mailers unanimously, commissioners split along partisan lines on whether they should have final say on the mailers’ language. Some wanted commission staff to have final say, fearing a debate over the language would be embroiled in politics.

“It solves the issue of a 3-3 tie by both sides, taking a little risk that the staff does what the staff does best, which is send out letters that are efficacious in their desired goals” said commissioner Ann Jacobs, a Democratic appointee. “I think the point is that this commission has devolved into circumstances where we cannot even agree that the mail takes longer than a day.”

“I'm not giving up my responsibility as a state of Wisconsin Election Commission[er]. This is an extremely important letter,” said Republican appointee Robert Spindell.

This comes as the issue of voting by mail has become an increasingly partisan issue. Republicans both nationally and locally say that large-scale voting by mail can increase the possibility of voter fraud.

Spindell said however, the motivations for voting in-person or by mail are political.

Spindell said the commission needed to be careful in their mailer to balance the importance of those options, as well as in-person absentee or early voting.

The commission also approved local grants based on federal coronavirus aid to help municipalities defray the cost of holding elections amid pandemic concerns. The grants would give municipalities $1.10 per registered voter, allocating $200 at minimum, for personal protective equipment, cleaning supplies and signage or other necessary communication.