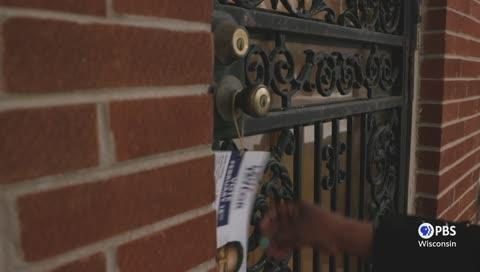 Tom Barrett has been mayor of Milwaukee for 16 years and he's looking to make it an even two decades of running Wisconsin's largest city.

“I'm very, very excited about the future of the city because, first of all, there's a lot of great things that are going on in the city right now.” Barrett said. “The heart of the city is experiencing a Renaissance unlike anything we have seen before.”

On April 7, Barrett faces Lena Taylor, a state senator who has represented Milwaukee's north side in the Legislature for 17 years.

“I finally decided that I needed to step in the race when it became clear that ideas, innovation, vision, and equity for all was more lip service than it was action,” Taylor said.

While Barrett has focused on the economic revival in the center of the city, Taylor said the neighborhoods of color she represents have been left behind.

“We have now gone to a place that is the worst place in the nation to raise a black child, to be a black American,” she said. “You can see the disparities that exist in services.”

“What will he do in the next four years that he could not have done in the last 16?” Taylor added.

“I'm very aware that we've got some very deep-seated problems in some neighborhoods with race issues and poverty issues and public safety issues,” Barrett said. “I'm more optimistic than ever though because the heart is strong now.

“Our challenge moving forward is to create family supporting jobs in these neighborhoods that have been historically underserved,” he said.

Milwaukee has long been a Democratic city, and the race for mayor has a lot in common with debates happening within the party at the national level about who the party represents, and who gets to lead it forward.

“I do not want to divide the city in racial terms, in economic terms, in geographic terms, because I think that that's a recipe for disaster,” Barrett said.

With the election aligning with the Presidential Primary, Taylor hopes higher turnout will help her cause.

The eyes of the nation will be on Milwaukee this summer when it hosts the Democratic National Convention.

Barrett says he hopes to showcase the city's diversity and strength.

“The stage and the interior of Fiserv Forum, where the whole nation is going to be watching the national stage, is going to be built by a local African-American construction firm,” he said.

Taylor says local voters shouldn't get caught up in the DNC hype.

“A four-day party is not the decision maker of what will happen for the next four years,” she said.

Beyond the DNC, both candidates say people around the state should understand the future of Milwaukee will impact the whole state.

“If you go back 13, 14 years, I think you could make the argument that Milwaukee got more resources from the state then it paid in, but with this incredible economic resurgence that we're seeing in the city,now we are sending a lot more to Madison than we're receiving in return,” Barrett said.

“When people come to Milwaukee and they think about what we are and what we do, they go back. And that's their impression of Wisconsin,” Taylor said. “As strong as Milwaukee is, we'll be as strong as our state, right?”