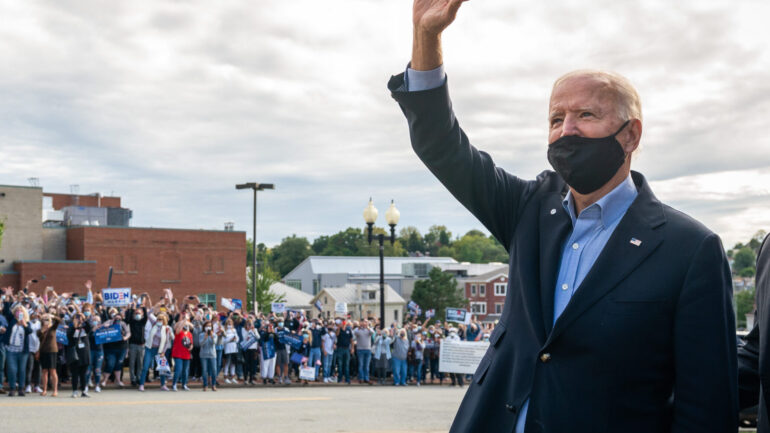 The poll was conducted between Sept. 30 and Oct. 4, following the presidential debate, with 700 likely voters responding for a margin of error of +/- 4.6 percentage points.

A larger group of 805 registered voters was polled for a margin of error of +/- 4.2 percentage points.

The numbers show little change since the September poll, even directly following the first presidential debate and after the president tested positive for COVID-19.

“It is the phenomenal story of this administration that events that we think are massive and should have gigantic impacts, don’t,” Marquette University Law School Poll Director, Charles Franklin said in releasing the results.

Just over half of the respondents were surveyed after Trump’s COVID-19 diagnosis, for a margin of error of 6.4%. This group was asked whether both Trump and Biden should stop holding in-person campaign rallies and 52% said yes, while 37% said they believe rallies are safe and should continue, according to the polling.