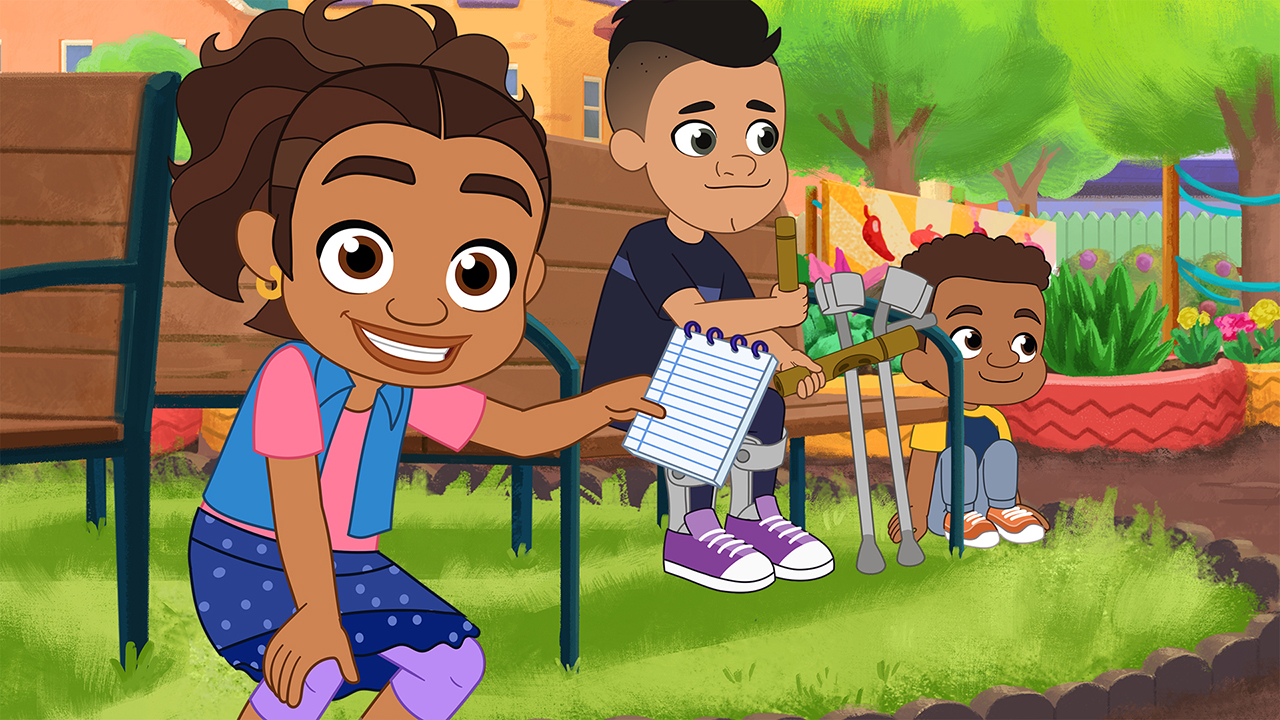 PBS Wisconsin continues its celebration of Hispanic Heritage Month with the premiere of the new animated children’s series, Alma’s Way, on Monday, Oct. 4.

The Fred Rogers Productions series is created by Sonia Manzano, beloved by generations as “Maria” on Sesame Street, who broke new ground as one of the first Latino characters on national TV. Inspired by Manzano’s own childhood, Alma’s Way centers on six-year-old Alma Rivera, a proud, confident Puerto Rican girl who lives in the Bronx with her family among a diverse group of close-knit friends and community members. Infused with Manzano’s humor and grounded in a social and emotional curriculum, the series will give children ages 4-6 the tools to find their own answers, express what they think and feel, and recognize and respect the unique perspective of others.

“I am so excited to be working with PBS KIDS and Fred Rogers Productions to introduce Alma, a strong and positive Puerto Rican girl who will empower young viewers,” Manzano said. “Alma’s way is to think things through, and we hope the new series will show kids that their thought processes are valid and give them the confidence to think critically.”

Listen to a Wisconsin Public Radio interview with Manzano here!

In every episode, Alma speaks directly to young viewers with asides and her “Think Through” moments, where she stops, thinks and processes. She models optimism and determination, showing that if she puts her mind to a problem, she can ﬁgure it out. Young viewers will tag along with Alma as she learns to speak up for herself, make tough decisions, figure out how to help friends and so much more.

Each episode showcases different aspects of Latino cultures through language, food, music and customs. All viewers will see how other families are both alike and different from their own. Music is the “backbeat” of the series and includes traditional Puerto Rican styles like Plena, Bomba, and salsa along with other Latino genres such as Cuban son and Colombian cumbia. The original theme song, written and produced by Lin-Manuel Miranda and Bill Sherman, is performed by Flaco Navaja and Summer Rose Castillo, who plays Alma. The series music is composed by Asher Lenz, Stephen Skratt, and Fabiola M. Mendez. The series will be available for viewers in both English and Spanish on all PBS KIDS platforms.