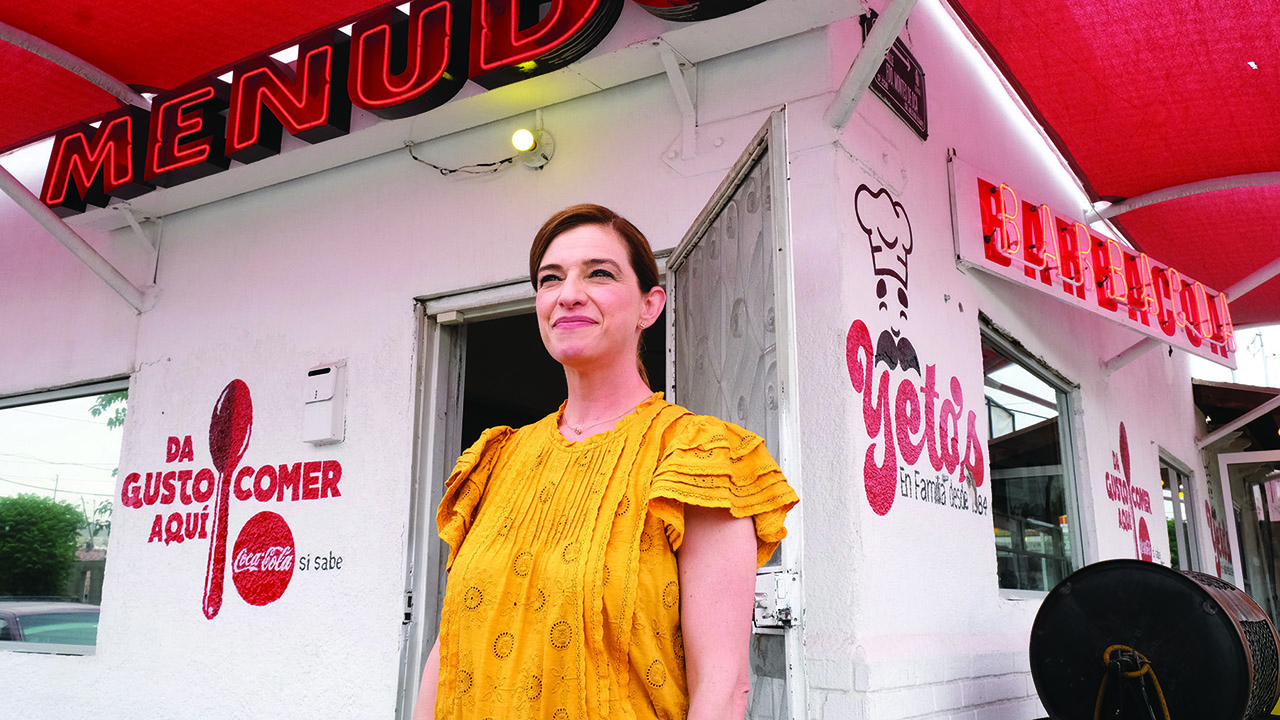 Every year since 1988, Congress has recognized Sept. 15 through Oct. 15 as National Hispanic Heritage Month, highlighting the impact of Hispanic Americans on our nation and recognizing five of our Central American neighbors who celebrate their independence in September.

PBS Wisconsin pays tribute to the generations of Hispanic Americans who have enriched American society and culture with these programs airing in September and October on PBS Wisconsin and on the PBS App on your phone, tablet, Roku, Apple TV, other digital TV devices and many Smart TVs.

Discover the life and career of Raúl Juliá, the charismatic, award-winning actor and humanitarian known for versatile roles on stage and screen, from Shakespearean plays to The Addams Family.

Travel to Texas, where immigrant construction workers are seeking justice and equality in an industry rife with exploitation. Across the state, there’s an unprecedented building boom, fueled by Latino laborers with little or no rights.

The Rise and Fall of the Brown Buffalo

Explore the rich and varied history and experiences of Latinos, who have helped shape North America over the last 500-plus years and have become, with more than 50 million people, the largest minority group in the U.S.

The new series from Fred Rogers Productions is created by Sonia Manzano, beloved by generations as “Maria” on Sesame Street, who broke new ground as one of the first Latino characters on national TV. Inspired by Manzano’s own childhood, Alma’s Way centers on six-year-old Alma Rivera, a proud, confident Puerto Rican girl who lives in the Bronx with her family among a diverse group of close-knit friends and community members. Infused with Manzano’s humor and grounded in a social and emotional curriculum, the series will give children ages 4-6 the tools to find their own answers, express what they think and feel, and recognize and respect the unique perspective of others.

Ashley, a Mexican American teenager living in an agricultural town in the central coast of California, dreams of graduating high school and going to college. But when ICE raids threaten her family, Ashley is forced to become the breadwinner, working days in the strawberry fields and nights at a food processing company.

American Masters: Rita Moreno – Just a Girl Who Decided to Go For It

Discover how Moreno defied her humble upbringing and racism to become one of a select group of Emmy, Grammy, Oscar and Tony Award winners. Explore her 70-year career with new interviews, clips of her iconic roles and scenes of the star on set today.

Celebrate the recipients of the annual Hispanic Heritage Awards. The evening includes performances and appearances by some of the country’s most celebrated Hispanic artists and visionaries.

Great Performances at the Met: Three Divas at Versailles

Three-time Grammy winner Isabel Leonard joins Nadine Sierra and Ailyn Pérez to perform timeless selections by Mozart, Offenbach and Bizet including “Voi che sapete” and “Belle nuit, ô nuit d’amour” along with beloved songs like “Bésame Mucho” and “Cielito Lindo.” The concert was recorded in May at the Royal Opera of Versailles in France and Met Opera soprano Christine Goerke hosts.

Savor the sights, sounds and flavors of the U.S.-Mexico border alongside acclaimed chef and James Beard Award-winning host Pati Jinich as she experiences the region’s rich culture, people and cuisine.

VOCES on PBS: Letters to Eloisa

A haunting portrait of a writer’s life and struggle for artistic freedom, this film tells the story of Cuba’s José Lezama Lima, an all but forgotten figure of the Latin American literary boom that included Gabriel García Márquez, Octavio Paz and Mario Vargas Llosa.

Decades ago, Mama Icha moved to the United States to help her daughter, but she never lost sight of her hometown of Mompox, spending years sending money to build her dream house there. Now, at the end of her life, Mama Icha returns to Colombia.

Latino Wisconsin shows the impact, influence and importance of the state’s fastest-growing population. Latinos are reviving dying, rural communities and aging urban centers. Latinos work on farms and factories. They are creating businesses, filling classrooms and bringing new life, leadership, energy and diversity to the Badger State. Latinos are key to the state’s future.

Visit the photographic exhibition of Freddy Hernandez. The title “Mas de Mil-Walk-Aqui” is a Spanglish play-on-words of the city’s name which translates to “more than thousands walk here”; also the Mexican Consulate conducts a soccer tournament with the participation of nine cities and Magdalena Herrera of the Betty Brinn Children’s Museum.

Emmy Lifetime Achievement Award winner, actress and author Sonia Manzano, who for 45 years gave life to Maria on Sesame Street, visited Milwaukee in May 2017 where she served as a keynote speaker at the Hispanic Professionals of Greater Milwaukee Annual Gala. Manzano talked to us about her experience growing up as a Latina in the U.S.

Albert Parra has been working with adobe since he was nine years old. Raised by his great-grandmother in Old Town Albuquerque, New Mexico, he learned his trade from old-time Hispanic craftsmen.

Sujhey Beisser, blog author of the Five Senses Palate, shares the history of Centro Hispano which was designed to fill the gaps in services available to the Hispanic community in the 1980s. Beisser discusses the demographics, facts and myths associated with Hispanics and Latinos.

An early participant in the environmental movement, U.S.-born Mexican American Ynés Mexía began her scientific career at age 51, leading botanical expeditions across Mexico, Central America and South America. She became one of the most accomplished plant collectors of her time, discovering over 500 new plant species of which 50 are named in her honor.

Origin of Everything: Why Do We Say Latino?

When you hear “Latino” you probably think of people from Latin America – places like Mexico, Colombia, Venezuela, etc. But where exactly did the history of that word come from, and has it always meant Central America and South America as well as the Caribbean? Danielle traces the origin of the term “Latino” and the debates that still surround it as well as the term “Hispanic” and “Latinx.”

Teenage Latina sisters break their grandmother out of her assisted living facility for one last joyride.

Luciela is about a fiercely independent Latina who is determined to celebrate the 4th of July with a bang.

Latinos Are Essential is a collection of unique and insightful short portraits and stories about Latinos who are serving as essential workers in a wide variety of jobs and/or services across the United States, even as the COVID 19 pandemic continues to disproportionately impact Latino and other communities of color.