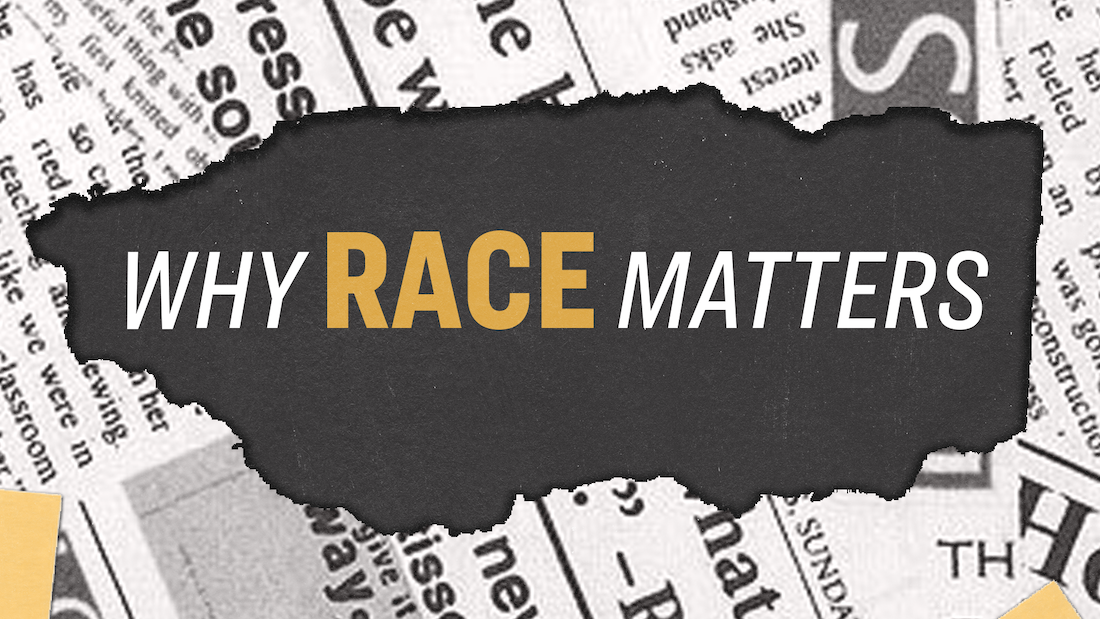 Why Race Matters, a digital series elevating issues of importance affecting Wisconsin’s Black communities, is back to PBS Wisconsin with an all-new season.

We sat down with Why Race Matter’s host, producer and creator Angela Fitzgerald to learn more about how the new season was brought together.

The new season is available to stream on whyracematters.org and on the free PBS Video App, streaming devices and Smart TVs.

PBS Wisconsin: For those who are new to Why Race Matters (WRM), can you provide a bit of background on the origins of the series?

Fitzgerald: WRM came about during the summer of 2020 and in response to the recent murder of George Floyd. At that time there seemed to be a shift in the conversation about the Black Lives Matter movement, such that brands were becoming more vocal about their stance on racial equity. It made me curious about where PBS Wisconsin stood on the issue and how we could create content that localized the conversation about race and racism in America. I approached PBS Wisconsin and leadership of Wisconsin Life, the other production that I host on the network, about creating a new series that allowed us to center the lived experiences of Black Wisconsinites and their work to create a more equitable state. After a few conversations, Why Race Matters was born!

PBS Wisconsin: Were there any specific ways you wanted to approach season two differently from season one?

Fitzgerald: We learned a lot during season one, especially given that we filmed during the height of the pandemic. That context understandably created limitations about how we could film and who we could include in the production given travel was limited. I appreciate that season two has allowed us to expand our reach to individuals who reside outside of Madison and expand the diversity of voices that we can include.

PBS Wisconsin: Tell us about the process of coming up with the topics you wanted to cover this season.

Fitzgerald: WRM is guided by an amazing advisory that helps to guide both the topics we discuss and the individuals we invite to interview. Solomon Roller, Jacquelyn Hunt and Dr. David Pate have such great insight that has helped us to curate a great list of topics and interviewees. Of course, we’re not able to cover every topic that is recommended, but we’ve worked well together to prioritize topics based on the timeliness of the content and our collective awareness of community members who we can invite to the conversation.

PBS Wisconsin: Last season, due to COVID, production was limited to working in outdoor spaces. This year, the team was able to move indoors. What was it like working in studio and can you talk a little bit about this season’s set and production design.

Fitzgerald: Working within a studio has been so interesting, as all of my PBS Wisconsin productions so far have been on location and where we are subject to the elements while filming. I love that the studio setup gives us more control of how we film and has allowed us to showcase local artists. When we were first conceptualizing what the space could look like, I shared my appreciation for Issa Rae’s Wine Down show that she used to do following episodes of her popular show Insecure. Our studio designer Cailin Short did an amazing job of borrowing some of the elements of that production which we feature in our studio setup.

PBS Wisconsin: Four episodes are being released this fall, with four more coming in the spring. What can viewers expect to learn more about come springtime?

Fitzgerald: I hope that viewers expect us to continue to perfect what we’ve learned thus far in what we provide in the spring. We’re still finalizing the specifics in terms of topics and guests, but I’m also excited to see what’s next!

Fitzgerald: I was especially interested in the Critical Race Theory episode, as we wanted to make sure that we gave the topic justice given the recent volatility surrounding CRT. Having Dr. Gloria Ladson-Billings on as the guest was perfection, and I’m so pleased with the conversation that resulted. Not to mention that I learned so much! I’m also passionate about home ownership and wealth building and was excited to connect with Tiffany and Myesha about that important topic.

PBS Wisconsin: What do you hope audiences will take away from this series?

Fitzgerald: I hope that the audience leaves WRM feeling empowered and emboldened to continue to support the change that we need in Wisconsin. It encourages me when I hear from viewers that they’ve shared episodes in their classrooms or to contribute to critical conversations at their place of work. At the end of the day it’s on all of us to create a more equitable Wisconsin, and I hope that WRM helps to support that end goal.

PBS Wisconsin: What are your hopes for the future of Why Race Matters?

Fitzgerald: It’s my hope that WRM continues for years to come and continues to elevate issues of importance that impact the Black community while expanding to include other historically marginalized voices in Wisconsin. It is my goal for WRM to become bigger than me and to become a flagship program in our state that challenges, encourages, inspires and motivates.

Angela Fitzgerald Made in Wisconsin Why Race Matters