"Our work is to shed light on the fact that you have these beautiful young adults, these kids in the city, who have so much potential, and all they need is the access. All they need is an extra push, or an extra hand, or somebody to listen to them."—Tiffany Tardy

Tiffany Tardy talks about her difficulties adjusting to college life. 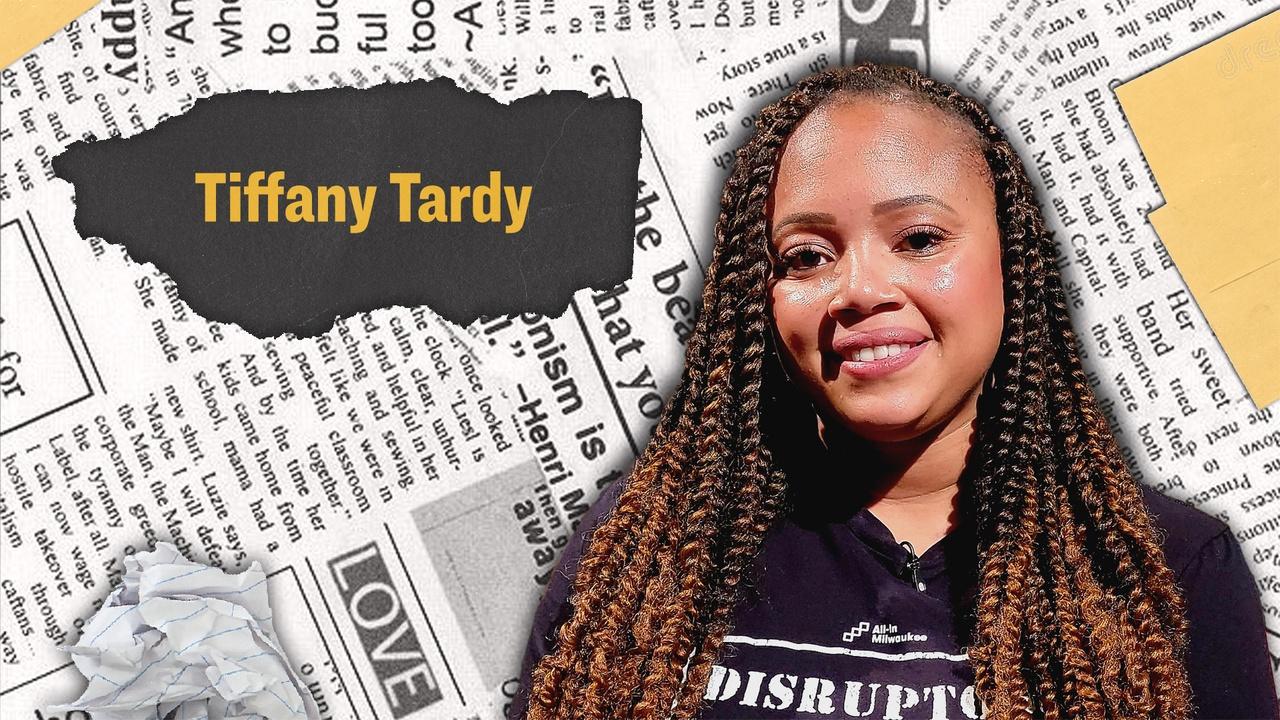 Breaking down higher ed graduation rates for students of color. 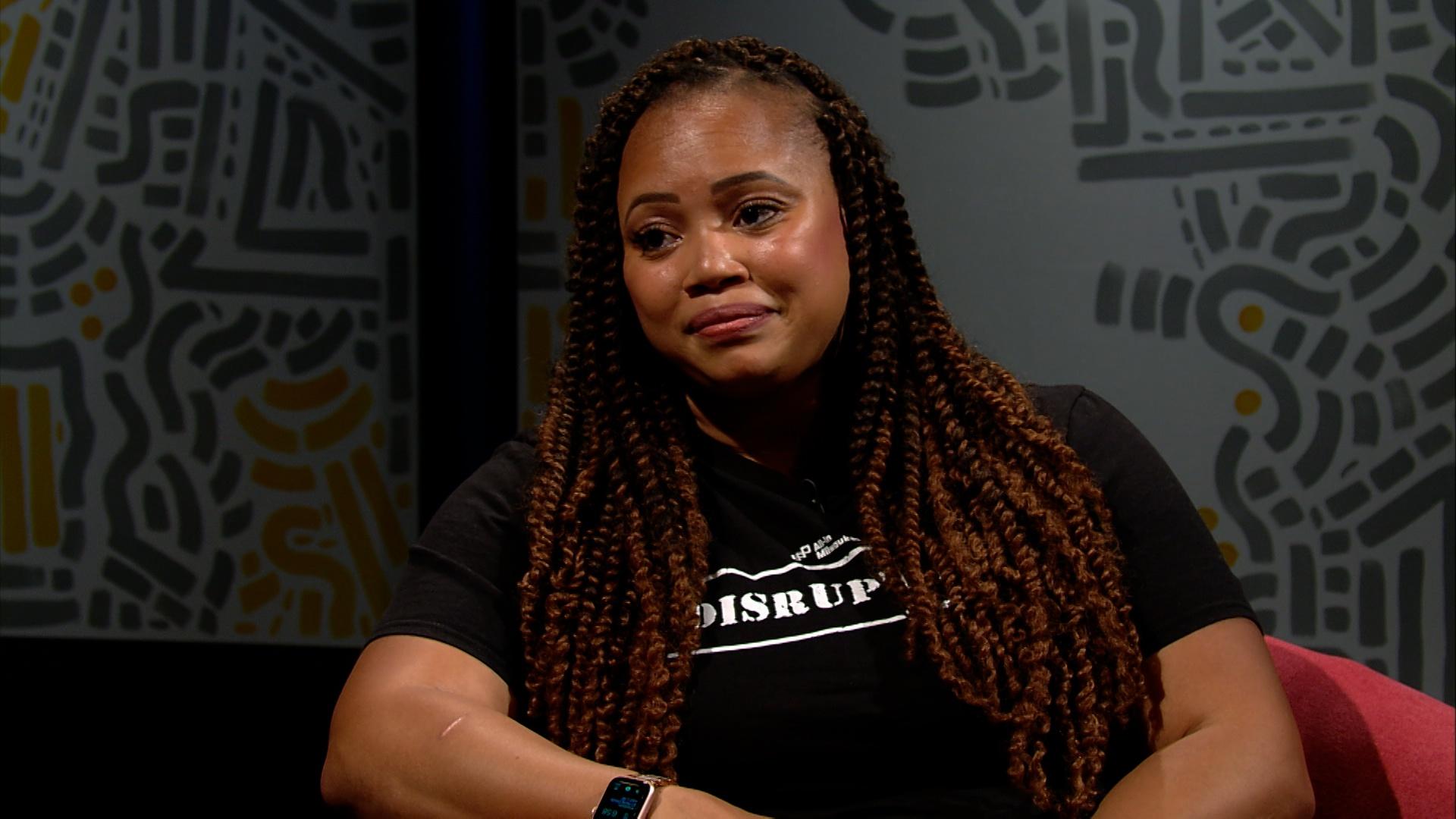 How can colleges and universities improve graduation rates for students of color? 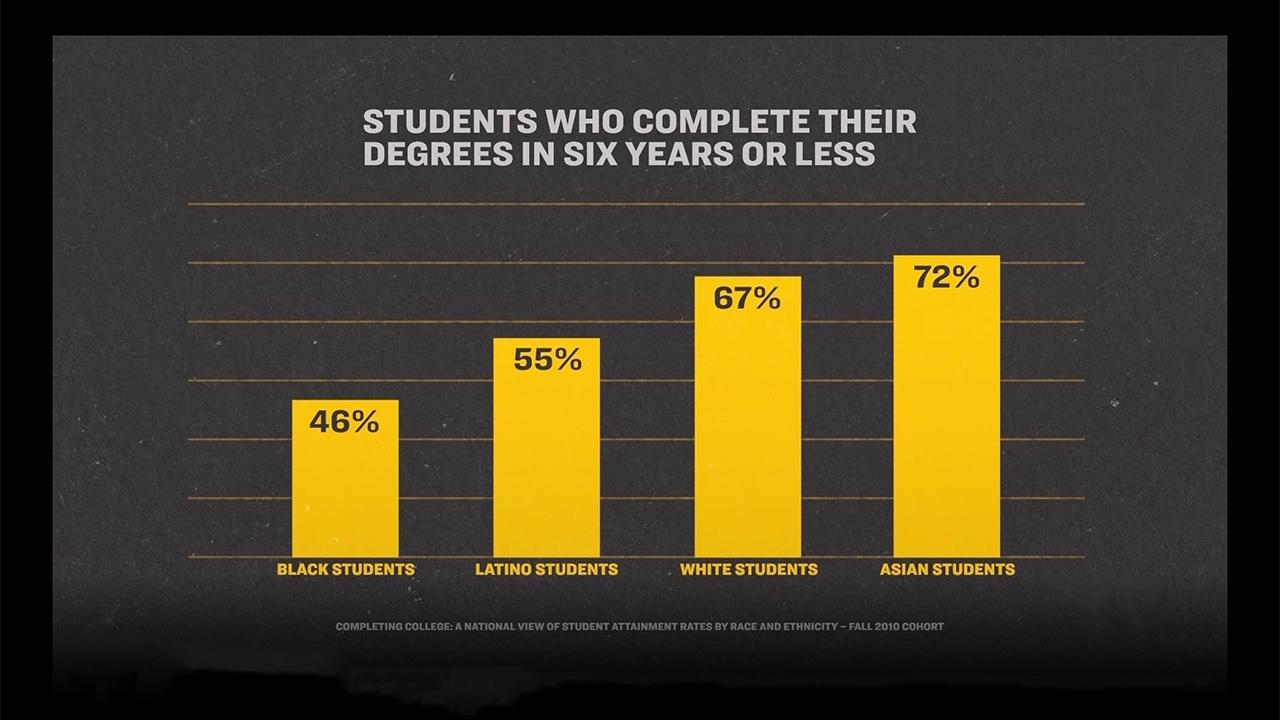 Higher Education: Breaking It Down

Breaking down higher ed graduation rates for students of color. 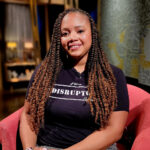 Tiffany Tardy: My story is very personal. Why I do this work is very personal. So, I am born and raised in the city of Milwaukee. I went to kind of, what I would say, the creme de la creme of schools. I felt very prepared to go to college. I had been a part of the PEOPLE program. I had been visiting UW-Madison for every summer since I was in middle school for pre-college camps of some sort, and then, the PEOPLE program, and I absolutely felt ready. I mean, I graduated top of my class. I was good. [chuckles] And then, I came to UW-Madison’s campus, and I just, as I would say to my students or my team, I epically failed, you know, my first semester. I completed my first semester with a 2.0 GPA, and I was on academic probation.

Tiffany Tardy: And I don’t even know what happened, you know? It was kind of like you thought that you were ready, and I think that, you know, as you put language to it now, it’s like the culture shock, the first-generation piece and not now knowing how to navigate, even though you had all of these things around you, I just completely didn’t get it, and I think I got caught up in just so many other things.

I was a STEM major at the time, and I was taking, you know, a terrible credit load that I would never tell anybody else to take. I took 17 credits my first semester, three of them five-credit courses. It was just a terrible idea. But again, I didn’t have that intentional advising. I didn’t have, you know, somebody who was really, walking, and maybe I won’t say that because I was in the PEOPLE program, but I didn’t take advantage of it. I think, when I first started, I thought I had it all figured out. I mean, I was a smart student.

Angela Fitzgerald: Let me tell you, Tiffany, your story is my story.

Angela Fitzgerald: I failed, and I had never gotten like less than a B my whole life.

Angela Fitzgerald: And I was like, how is this possible? So was part of a program and a STEM major. I’m like, how did this happen? So, hearing you, I’m like, we cannot be the only ones.

Tiffany Tardy: We’re not because I’ve had this story, I’ve talked about this multiple times, and I get that often. These students who graduate the top of their class or who are doing very well are not guaranteed to succeed in college.

Angela Fitzgerald: Watch more Why Race Matters online and on the PBS app on your phone, tablet, Roku, or any other streaming device. ECHO is on.