The Light tells the forbidden love story of a girl exploring queer identity at the onset of the 21st century’s evolving negotiation of gender and sexuality. Told through a series of three sequential music videos, written and performed by Zhalarina Sanders playing both herself and her mother Diji, The Light is at once personal and universal — attending to the complexities of identity, coming-of-age, faith, self-actualization, and the bonds and tensions between parent and child.

Zhalarina, the protagonist of this autobiographical story, grows stronger and more confident as a writer and performer when a girl at school changes everything. The girl becomes her clandestine muse until Zhalarina’s mother Diji — coping with the pressures of parenthood and determined to do right by her daughter — imposes drastic measures to forbid the relationship. 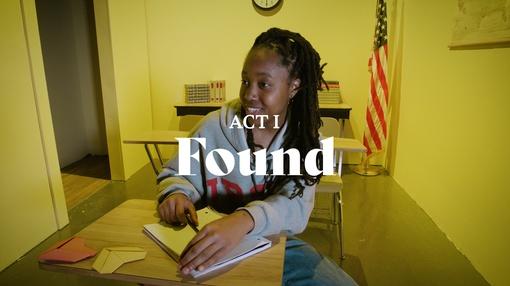 Zhalarina finds clandestine love at school to the dismay and alarm of her mother Diji. Suffocated at school and home, Zhalarina struggles to write and gets a heartbreaking hit. Zhalarina confronts wrenching alienation but faith and a return to writing help her heal. 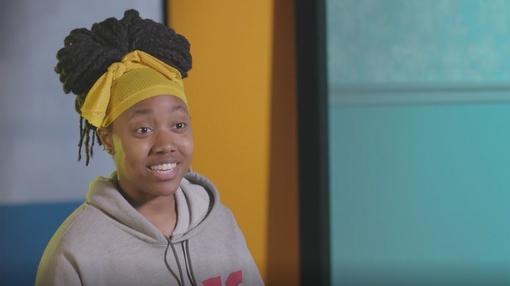 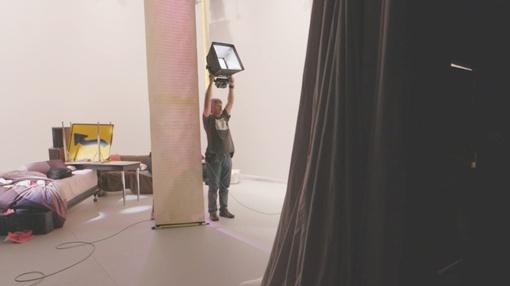 Behind “The Light”: Kabuki Drops

Go behind the scenes of The Light to watch the theatrical effect called the ``Kabuki Drop.`` 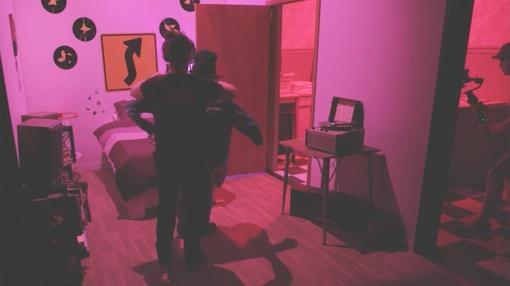 Behind “The Light”: Quick Change

The Light's producers and performer execute a costume change for a swift-paced film shot.

Zhalarina H. Sanders is a rapper, actress, playwright and producer originally from Tampa, Florida. She serves as co-founder of The JVN Project, a hip-hop centered non-profit that seeks to uplift underprivileged communities through the arts, youth mentorship and social justice initiatives. She received her master’s in counseling psychology from the University of Wisconsin-Madison and was featured in the PBS Wisconsin 2018 documentary Hip-Hop U.

Zhalarina has performed her award-winning work in the United States and abroad, appearing on stages such as the New Amsterdam Theatre on Broadway and the Queen Elizabeth Theatre in London. She currently lives in Atlanta where she is working on the completion of her album Again! — for which nine of fourteen songs have already been released. She’s also working on her second one-person show following Rose Gold, entitled All for One.

Q&A: Designing the Set for “The Light”

Zhalarina Sanders is an artist who does it all. Her craft is steeped in theater and music — so lyricist, music composer, instrumentalist, playwright, actor and graphic and visual artist.

Zhalarina Sanders graduated as part of the 5th cohort of the University of Wisconsin-Madison First Wave scholarship program.

Hip-Hop U is a documentary from PBS Wisconsin exploring how the pioneering program empowers students to pursue a degree while developing their skills in the hip-hop art forms of spoken word, rap, writing, poetry, singing, producing and acting.

The film showcases First Wave’s innovative approach to creating a community of scholars around hip-hop and multicultural arts. Zhalarina is featured in Hip-Hop U with performances and clips that call attention to her considerable range as a writer, musician and performer.

A film exploring the innovative work of students in the University of Wisconsin-Madison First Wave - Office of Multicultural Arts Initiatives program.

First Wave student Zhalarina Sanders performs an excerpt from her one-person show, “Rose Gold,” in which she plays five distinct Black women to tell a masterfully textured and affecting story of Black motherhood.

Funding for The Light is provided in part by Steven Vedro and Beverly Gordon, and Friends of PBS Wisconsin.