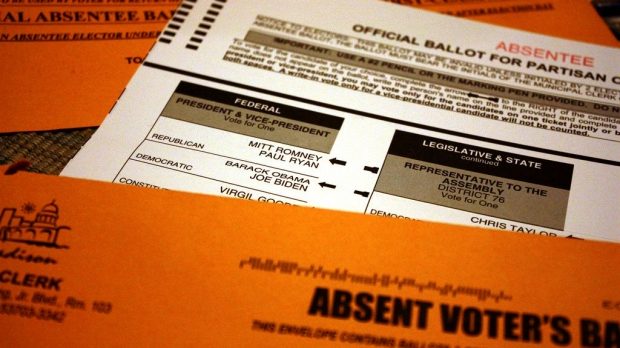 The Wisconsin Elections Commission deadlocked on whether to approve a proposal to send out absentee ballot request forms to all registered Wisconsin Voters.

Funding from the proposal would come from federal coronavirus funds, and commissioners were at odds over specifics on how to allocate those funds.

Commissioners also debated whether all registered voters should receive forms, or if groups like those who habitually vote absentee would need that form to be sent.

“The purpose of this mailing, we're all in agreement, is to help people that haven't voted absentee vote absentee if they wish to,” said commission chair Dean Knudson. “I don't see how then it makes sense for us to duplicate that using federal funds that now are at the discretion of the state.”

Knudson offered an amended proposal that would give funds to local elections officials to help them conduct elections amid coronavirus concerns.

Commissioners voted to take up the issue next week, allowing them more time to review the proposals.

“WEC should consider using federal dollars to boost municipal clerks’ budgets so they can hire extra staff and expand hours for early voting,” he said.

“I also do not support a mass mailing to a voter list that we know has not been cleaned up, in defiance of state law,” Ftizgerald added, in reference to a push to remove voters suspected of changing addresses from Wisconsin’s voter rolls.

The legislators said the bill is to ensure elections can run smoothly if the state faces continuing public health concerns in August and November.

“Proceeding with the April election during the COVID-19 pandemic came with its fair share of challenges and there was plenty of blame to go around,” Kitchens said.

“[Absentee voting] numbers will be significant in November,”Gruszynski said. “This bipartisan bill focuses on common ground and not disagreement.”

This comes as elections officials face a federal lawsuit that seeks to send absentee ballot request forms to all registered voters and ensure in-person polling locations allow for social distancing.

The suit, brought by Disability Rights Wisconsin, Black Leaders Organizing for Communities, and individual voters, alleges the April 7 vote was “the biggest election failure since the Voting Rights Act was enacted.”

“Tens of thousands of voters were disenfranchised, and tens of thousands more were forced to risk their health in order to vote,” said Rachel Goodman, an attorney for the plaintiffs. “We owe it to all Wisconsin voters to make sure the system doesn’t fail them again.”

This story will be updated with the elections commission’s vote.