Wisconsin Man Arrested After US Capitol Riots
Skip to content

Kevin Loftus of the Eau Claire area had an initial court appearance Tuesday. 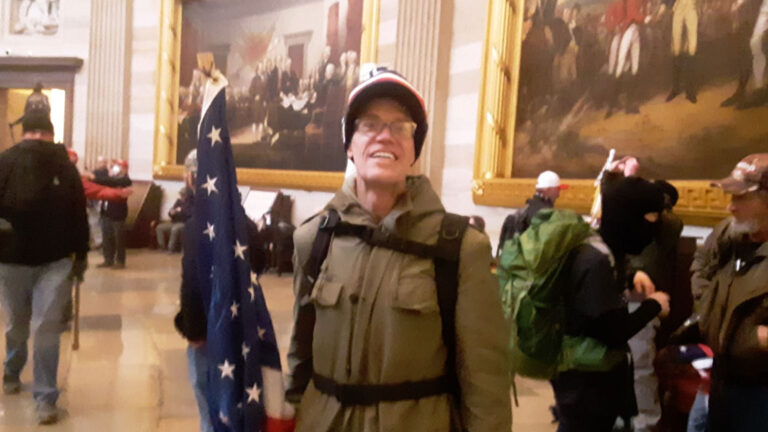 A Wisconsin man has been arrested in connection with the riots at the U.S. Capitol last week.

Kevin Loftus, of the Eau Claire area, was released after a brief virtual appearance in the federal court based in Madison.

According to the arrest warrant, he could face possible charges of violent entry and disorderly conduct on capitol grounds, and entering buildings without lawful authority.

According to court documents, Loftus was identified among those entering the U.S. Capitol through social media posts and other clips.

The documents also show Loftus appearing to identify himself in a Facebook post as among those in a police photo array who were wanted for unlawfully entering the U.S. Capitol.

Loftus also said in an interview with the FBI, according to court documents, that he did participate in the rally outside the U.S. Capitol and “admitted to walking on what he thought was the top floor of the U.S. Capitol where [he] took several photos while he was inside the building.”

Federal Judge Stephen Crocker allowed Loftus to leave custody Tuesday under certain conditions, including that he could not participate in further protests or possess firearms.

Loftus will appear in federal court again on Friday, in the DC district.