Numerous lawsuits have been filed leading up to the 2022 election focused on which absentee ballots can be counted or rejected — the latest rulings come within days of Nov. 8 vote. 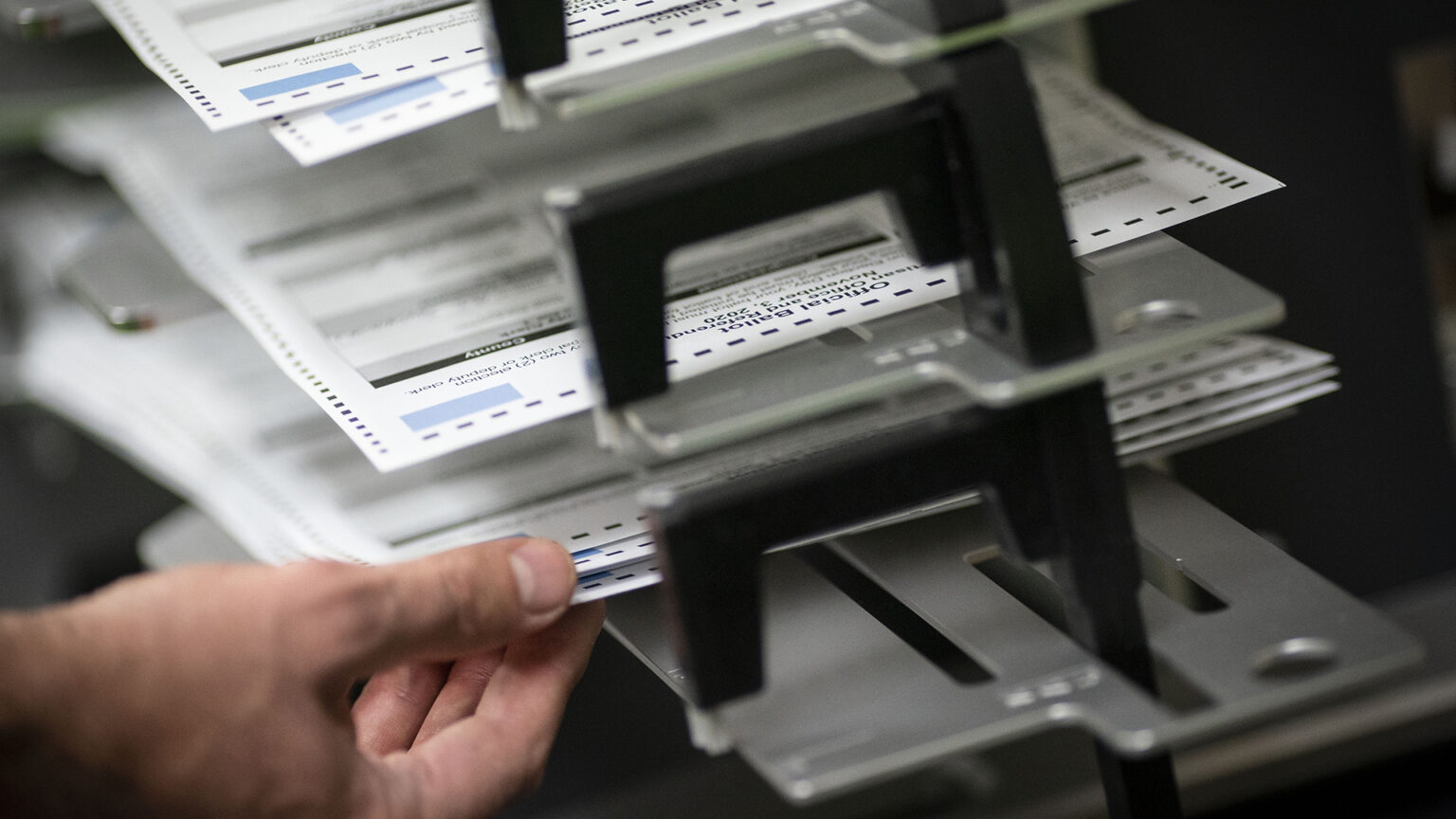 Poll workers sort out early and absentee ballots at the Kenosha Municipal building on Election Day on Tuesday, Nov. 3, 2020, in Kenosha. In the last week before the November 2022 election, a Wisconsin appeals court and a circuit judge shot down attempts backed by liberals seeking orders that local election clerks must accept absentee ballots that contain partial addresses of witnesses. (Credit: AP Photo / Wong Maye-E, File)

The rulings come within days of the Nov. 8 election and as more than 503,000 absentee ballots have already either been returned or cast in person.

Democratic Gov. Tony Evers and Republican U.S. Sen. Ron Johnson are both up for reelection in the battleground state. Numerous lawsuits have been filed leading up to the election focused on which absentee ballots can be counted or rejected.

The status quo for determining whether an absentee ballot has enough of a witness address to count remains as it has been for the past 56 years, Dane County Circuit Judge Juan Colas said in an order on Nov. 2. Wisconsin elections have been conducted, and absentee ballots counted, the past 56 years without a legally binding definition of what constitutes a witness address on a ballot, Colas wrote in his order.

"Since then, until the present, clerks have been legally free to interpret the term," he said. They have done that in good faith, Colas said, drawing on non-binding guidance from the Wisconsin Elections Commission, its predecessors, and advice from attorneys.

Current guidance from the Wisconsin Elections Commission is that an address must include three elements: a street number, street name and municipality. Rise, Inc., a group that works to get young people to vote, argued that election clerks across Wisconsin are not consistently using that definition.

Rise sought an order that an address requires only enough information to determine the location of the witness. But Colas said it was inappropriate to issue an order that changes the status quo, rather than preserves it.

In another case, the 1st District Court of Appeals on Nov. 1 declined to hear an appeal of a ruling from Dane County Circuit Judge Nia Trammell rejecting a request from the League of Women Voters of Wisconsin seeking a ruling that an address can only be missing when the entire field is left blank.

The appeals court said it would not hear the case because it did not meet criteria for granting an appeal.

Trammell's ruling in that case echoed the one from Colas on Nov. 2. She said that loosening the witness address requirement "would upend the status quo and not preserve it" and "frustrate the electoral process by causing confusion."

Very few ballots are returned in Wisconsin with missing or incomplete witness addresses.

The Legislative Audit Bureau in 2021 reviewed nearly 15,000 absentee ballot envelopes from the 2020 election across 29 municipalities and found that 1,022, or about 7%, were missing parts of their witness addresses. Only 15 ballots, or 0.1%, had no witness address.

The issue of what constitutes an acceptable address arose after another judge in September sided with Republicans and ruled that election clerks aren't allowed to fill in missing information.