Republicans are targeting an emergency rule the Wisconsin Elections Commission has adopted that allows local clerks to fill in missing information in absentee voting witness addresses without consulting the witness. 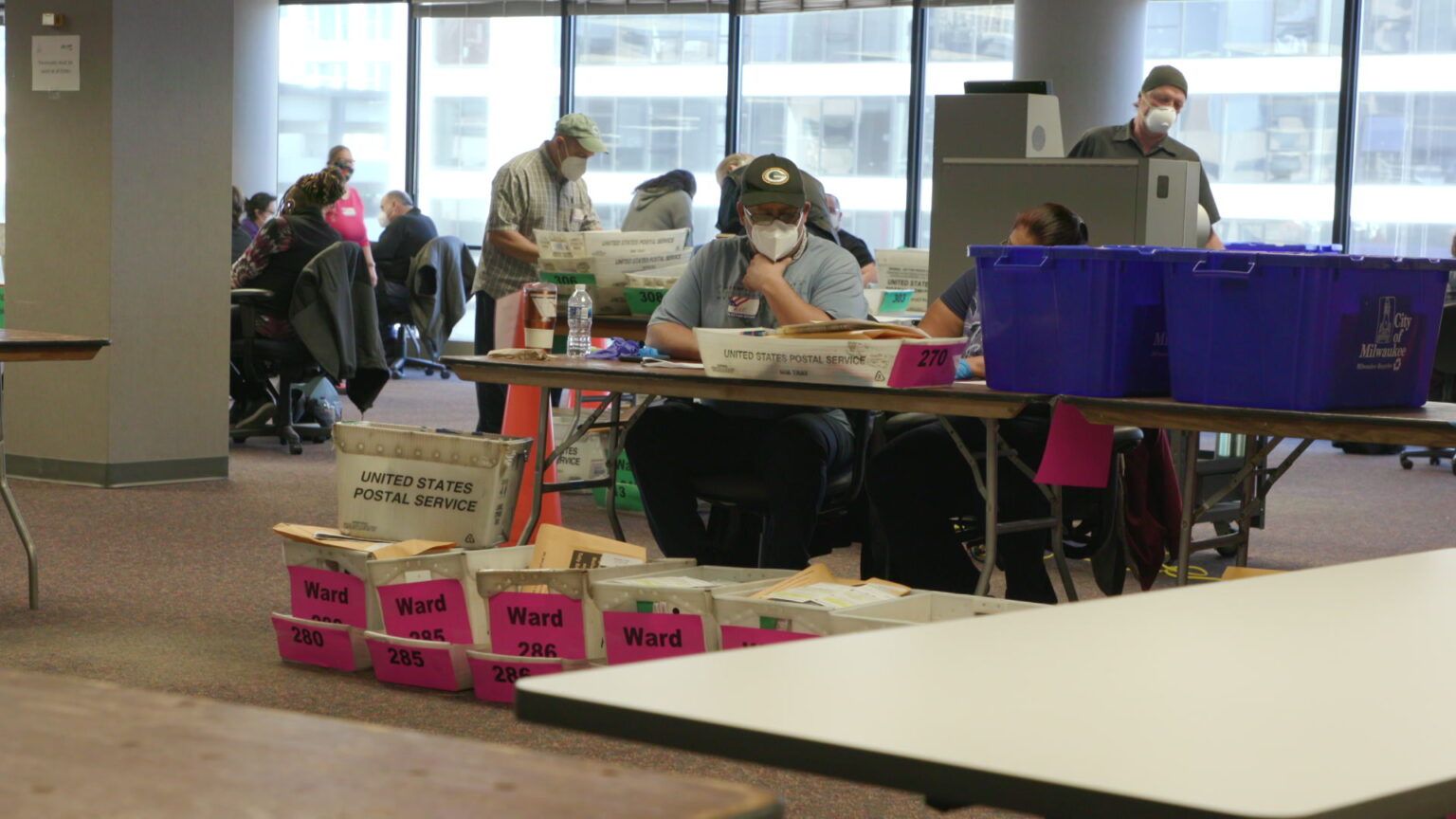 The Wisconsin Elections Commission developed an emergency rule earlier in 2022 that permits local clerks to fill in missing witness address information on absentee envelopes without contact the witness or the voter. The rule reflected guidance the commission issued to clerks in October 2016. The guidance was in effect during the 2020 presidential election, which saw Joe Biden narrowly defeat then-President Donald Trump.

The Republican-controlled Legislature's rules committee voted 6-4 to suspend the emergency rule. The guidance remains in place, but it's unclear how many clerks might follow it in light of the committee vote and a court could soon erase it as well.

The committee vote is part of a string of Republican efforts to impose tighter restrictions on voting around the country as Trump continues to spread the false claim that Biden stole the election.

Multiple reviews and court decisions have found no evidence of fraud on a scale that would have affected the outcome but Trump and his supporters keep working to convince people the election wasn't legitimate.

According to the Brennan Center for Justice, at least 19 states enacted laws that made it harder to vote last year, including shortening the window for applying for an absentee mail ballot, stiffening voter identification requirements and limiting early voting hours.

Wisconsin's Republican-controlled Legislature passed a sweeping package of bills earlier in 2022 to require the rules committee to sign off on any commission guidance, to make it harder for people to declare themselves indefinitely confined in order to get an absentee ballot and to ban private groups from giving local governments money to administer elections.

Now GOP leaders have set their sights on the clerk guidance, arguing that state law doesn't allow clerks to fill in blanks on ballot envelopes and if the witness doesn't fill in the missing information the ballot doesn't count. They demanded that the commission codify the guidance in an emergency rule, which would allow the Legislature's Republican-controlled rules committee to erase it.

The commission complied and drafted the rule. The committee met on the afternoon of July 20 to block it at the request of Republican legislative leaders, including Assembly Speaker Robin Vos and Senate Majority Leader Devin LeMahieu.

Democrats on the committee spent an hour criticizing the move, labeling it a "disgusting" attempt to tamp down voter turnout ahead of the Aug. 9 primary and Nov. 8 general election, which includes critical races for governor and U.S. Senate.

"This is a horrible mistake but it continues the road Republicans are going down," Rep. Gary Hebl said. "They don't have the votes so they've got to cut down the number of people who can vote any way they can do it. It's a sad time in our democracy that we have to stoop to these levels."

"I care about following state law," the committee co-chairman Sen. Steve Nass said. "No one has mentioned a state law that allows (the elections commission) to do what they're doing. (The commission) is attempting to create a new law. That is a core legislative function."

It's not clear how many clerks may have acted to fix witness information during the 2020 election.

The Legislative Audit Bureau last year reviewed nearly 15,000 absentee ballot envelopes from the election across 29 municipalities and found that 1,022, or about 7%, were missing parts of witness addresses. Fifteen didn't have any witness address at all, eight lacked a witness signature and three didn't have a voter signature.

Auditors found evidence that clerks had corrected addresses on 66 envelopes, or 0.4% of the sample. The audit cautioned against extrapolating the findings statewide, however, noting auditors reviewed ballot envelopes from nine of the 10 municipalities with the highest proportion of absentee ballots.

Even though the rule is no more, the elections commission's initial guidance saying clerks can correct missing information still stands but maybe not for long. The Waukesha County Republican Party filed a lawsuit earlier this month alleging the guidance is illegal.

Dane County Clerk Scott McDonell said if clerks are blocked from adding missing information on their own, they will have to track witnesses down that could be cumbersome for some offices with already heavy workloads. He said clerks may decide to mail the ballot back with a request to fill in the missing information if there's enough time to do so before Election Day. Otherwise they may have to call or email the voter.

He said allowing clerks to add missing information on their own is a "common-sense system." Often the witness is the voter's spouse and clerks can confirm an address through the state voter database.

"Any fair-minded person would think this was reasonable," he said.