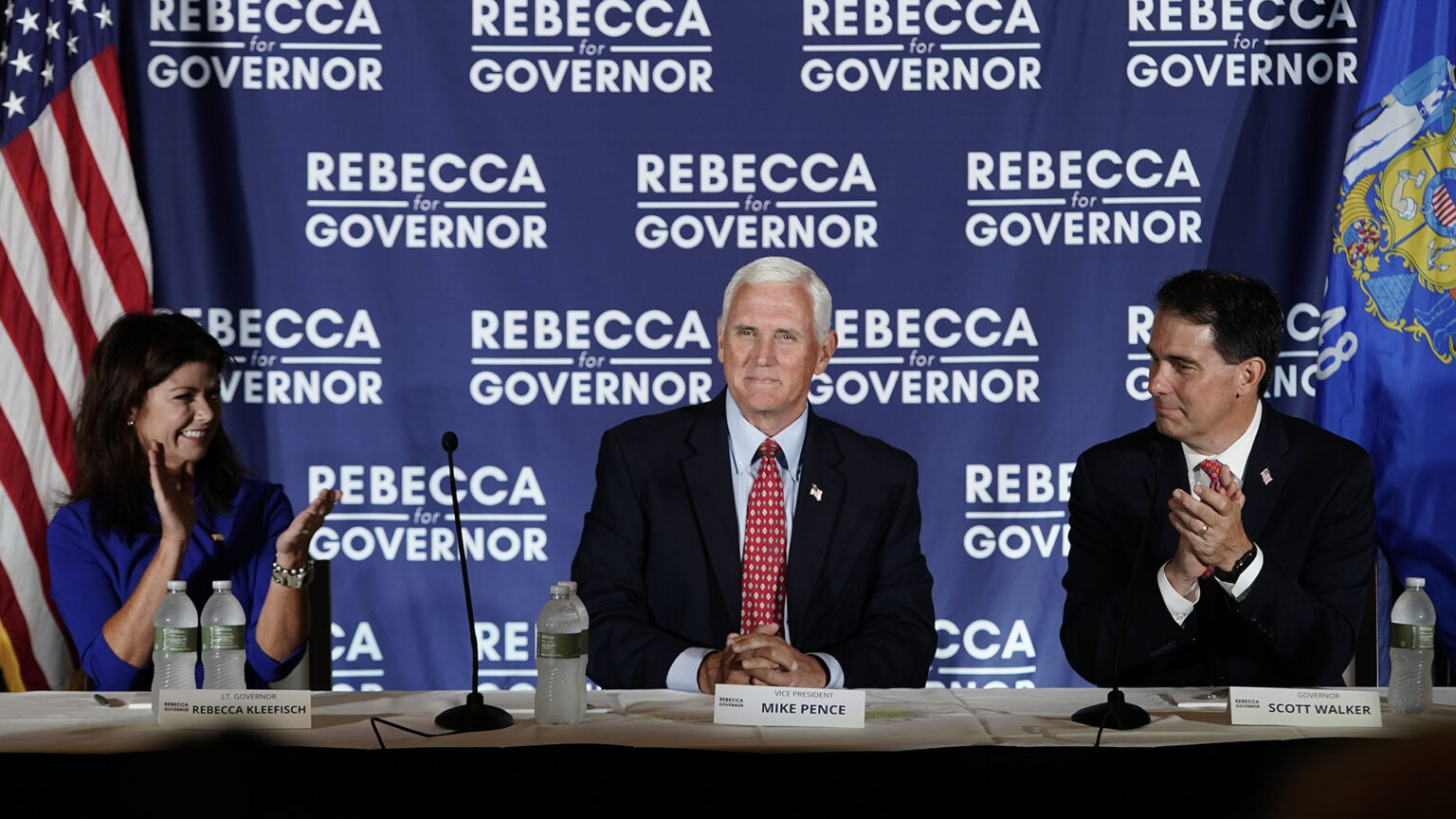 Trump plans to hold a rally on Aug. 5 for Tim Michels just miles from where Pence appeared for Kleefisch in conservative Waukesha County, a Milwaukee suburb that's long been key to Republicans.

The Pence visit comes during a sprint leading up to the Aug. 9 primary. The winner will advance to face Democratic Gov. Tony Evers, in what is expected to be one of the most hotly contested governor's races in the country in 2022.

The most recent Marquette Law School poll, released in late June, showed Kleefisch and Michels running about even, with state Rep. Tim Ramthun trailing by more than 20 points. Ramthun's central issue is decertifying President Joe Biden's 2020 victory in Wisconsin, which is unconstitutional.

Both Kleefisch and Michels are running as tough-on-crime candidates. Kleefisch is endorsed by most of the states sheriffs, the Fraternal Order of Police and the Milwaukee Police Association. She is calling for hiring 1,000 more police, instituting minimum bail amounts for violent criminals and adding more police to schools. Both she and Michels have pledged to fire Milwaukee County District Attorney John Chisholm, a target for Republican criticism, on their first day in office.

Kleefisch told the police gathered at the campaign event that she was committed to ensuring they had the funding necessary to do their jobs.

"I will back the badge," she said to applause from many law enforcement officers and others.

Wisconsin is the third state where Pence and Trump have supported different candidates in Republican gubernatorial primaries. As in Georgia and Arizona, the race in battleground Wisconsin highlights deep divisions among Republicans and the future of the party.

Trump won Wisconsin in 2016 before losing in 2020 by a nearly identical number of votes. He has repeatedly called for those results to be decertified, and on Aug. 2 endorsed a little-known primary challenger to state Assembly Speaker Robin Vos. That challenger, Adam Steen, supports decertification while Vos does not.

Michels has been inconsistent on his views on decertification. He said during a debate last week that it wasn't a priority, but then on Monday at a town hall said that "everything will be on the table." Kleefisch said she opposes decertification because it's "not constitutionally possible."

Michels also wouldn't commit to supporting a Trump presidential run in 2024, but then reversed himself less than 24 hours later.