While fatalities caused by overdoses of opioids and other drugs have been growing for years in the state, numbers surged in 2020 as the coronavirus struck and disrupted social services, prompting emergency response agencies to pursue more harm reduction strategies. 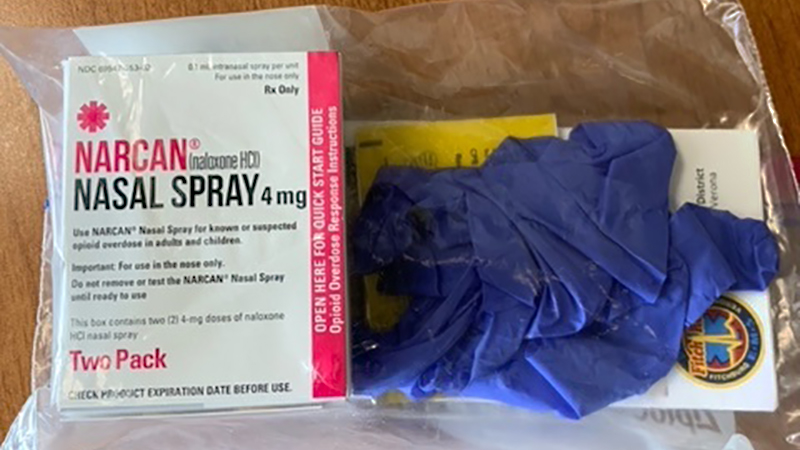 As the coronavirus swept across Wisconsin, an entrenched epidemic continued to exact its own deadly toll in communities across the state. Drug overdose deaths soared to record levels in Wisconsin in 2020 as social upheaval and isolation upended lives and disrupted life-saving social services.

Primarily but not exclusively driven by heroin and synthetic opioids like fentanyl, overdose deaths had been growing for years in Wisconsin and the United States before the pandemic struck in early 2020. Then through the rest of the year, they surged.

Between 2019 and 2020, reported fatalities from overdoses grew by more than a quarter in Wisconsin — from about 1,200 to 1,530 — according to the U.S. Centers for Disease Control and Prevention. Nationally, overdose deaths rose by nearly 30% over the same period to a record high of around 93,000. All but two states saw more drug overdose deaths in 2020 than 2019.

Few if any parts of Wisconsin were spared as fentanyl, heroin, meth, cocaine and other drugs flowed through urban centers and rural areas alike, including Northwoods and Native communities. Still, a surge in overdoses in and around Milwaukee in 2020 confirmed Wisconsin's largest metro area as the ongoing epicenter of the state's overdose scourge.

Fatalities attributed to overdoses shot up in Milwaukee County by more than 30% in 2020 to a record 546 deaths, according to data maintained by the Milwaukee County Medical Examiner's Office. That figure means more than a third of overdose deaths in Wisconsin during the year were in a county that's home to only about one-sixth of the state's population.

Similar to many parts of the nation, overdose deaths have been on the rise in and around Milwaukee for several years. But deaths have risen precipitously during the pandemic, which Kohn blamed for isolating many people suffering with addiction from social connections and important prevention and treatment services.

"Our community members are hurting during the pandemic," Kohn said.

Mirroring a national trend, overdose deaths peaked locally in Milwaukee County in May and June 2020, a period of deep economic uncertainty and social unrest as pandemic-related restrictions collided with a protest movement set off by the murder of George Floyd in Minneapolis.

Overdose deaths also rose in Wisconsin's second largest county, though not as steeply. Dane County recorded 134 drug overdose deaths in 2020, according to provisional data, a rise of about 7% from 2019.

While the pandemic contributed to the rise, "it was not the only driving factor," said Sarah Johnson, a community health education specialist at Public Health Madison & Dane County.

Johnson and others pointed to a noticeable rise in local overdoses and related deaths well before the pandemic hit.

"We were actually seeing increased overdoses as early as fall of 2019," said Eric Anderson, a data analyst for the emergency medical services division of Dane County Emergency Management. Anderson also volunteers as a paramedic in a suburb of Madison.

Anderson described a seasonality to overdoses in which they usually begin to rise in March, peak in the summer months and taper off over the fall and winter. As in so many other ways, 2020 was exceptional, he said.

"In March the [overdose] numbers jumped up by 30% and never really went down like they do every other year," he said. "We were seeing incredibly high volumes compared to every year before that really sustained throughout the year."

Data show a similar trend in Milwaukee. After peaking in May and June, overdose deaths abated slightly as 2020 wore on, but they remained elevated compared to previous years.

In 2021, overdose deaths in Milwaukee County are on track to match or exceed 2020's record numbers.

"It's almost stagnant from last year," Kohn said. "I think this has really highlighted where we have gaps in our infrastructure when it comes to our services."

Life-saving services for users increasingly involve forms of harm reduction that take into account the difficulty of treating a powerful addiction to substances like fentanyl that are deadly even in extremely small quantities.

A key harm reduction strategy for opioid overdoses is to expand the use of naloxone. The medication reverses the effects of opioids, including heroin, fentanyl, oxycodone, hydrocodone, codeine and morphine. If it's administered promptly, naloxone can save the life of someone overdosing on an opioid.

Naloxone can be administered via injection or a nasal spray, the latter of which is most commonly available in the U.S. under the brand name Narcan. With support from a federal grant, the Wisconsin Department of Health Services distributes Narcan at no cost to a growing number of local health departments, school districts and community agencies through its Narcan Direct program. The local organizations in turn distribute the medication to people at risk for overdosing on opioids, their loved ones and others likely to encounter an opioid overdose.

The state program is providing Narcan for a harm reduction strategy being piloted in Dane County by Fitch-Rona EMS, which responds to emergency calls in the Madison suburbs of Fitchburg and Verona. About 20-25% of the calls the agency responds to are for drug overdoses, according to Jeff Dostalek, its deputy chief. Dostalek said agency paramedics administer Narcan seven to 10 times a month.

Fitch-Rona EMS carries two "leave-a-dose" kits in each ambulance. Each kit contains Narcan, personal protective equipment and informational resources for treatment and recovery. Modeled after a strategy devised in Baltimore County, Maryland, Dostalek said paramedics are now able to provide a Narcan kit for possible future use by loved ones or roommates to administer when responding to an opioid overdose.

"It's just another tool that gets somebody to the next level and that's saving their life," Dostalek said. Fitch-Rona paramedics left their first kit with a father whose son had overdosed within weeks of the program's kick-off in summer 2021.

A few other agencies in Wisconsin have started similar programs, including Gundersen Tri-State Ambulance in La Crosse. Dostalek said he hopes more emergency response agencies will adopt the practice.

"We're on the front lines of this [epidemic]," he said. "And this is an opportunity for us to educate and hopefully save a life by leaving a kit."