Milwaukee gets recommendation to host 2024 Republican convention
Skip to content

The Republican National Committee still needs to approve Wisconsin's largest city as the location for its 2024 presidential convention at an Aug. 2-5 meeting in Chicago. Nashville could still be selected, but that city's chances hit a roadblock when opposition led proponents to withdraw a proposed agreement about how to host the event. 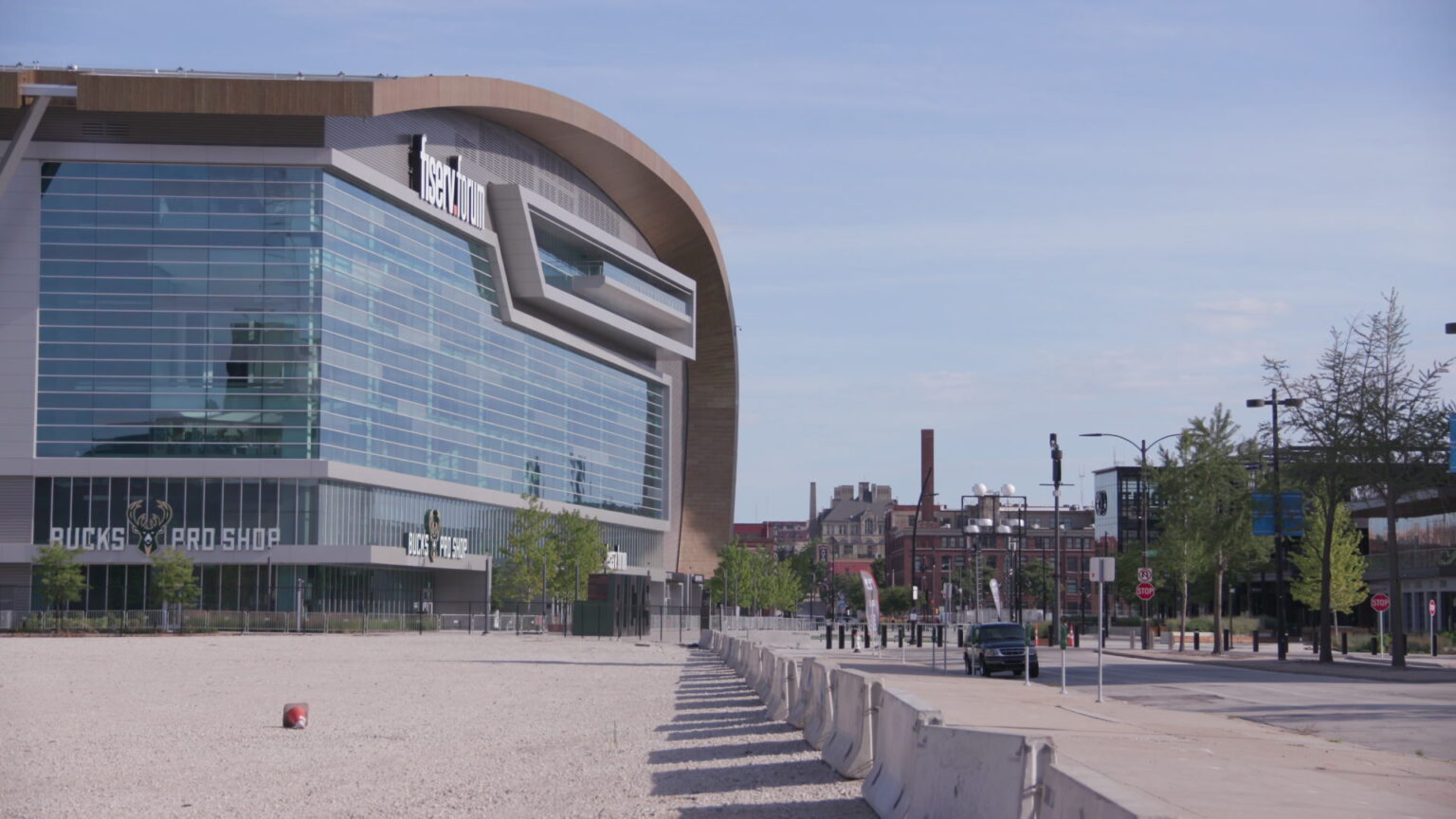 Streets around the Firserv Forum in Milwaukee's Deer District stand empty on Aug. 17, 2020. The arena was to be the primary location for the 20202 Democratic National Convention, which was delayed and moved to other locations due to the COVID-19 pandemic. The 2024 Republican National Convention moved one step closer to being held in Milwaukee on July 15, 2022. (Credit: PBS Wisconsin)

MADISON, Wis. (AP) — Milwaukee moved another step closer to hosting the 2024 Republican National Convention on July 15 when a site selection committee unanimously recommended the event be held there rather than Nashville, Tennessee.

The Republican National Committee would still need to approve the location at its meeting Aug. 2-5 in Chicago. Nashville could still be the winner, but that city's chances hit a roadblock earlier in July when opposition led proponents to withdraw a proposed agreement about how to host the event.

"Today, the Site Selection Committee voted to recommend Milwaukee to host the 2024 Republican National Convention and it is a testament to the forthright and professional behavior embraced by Milwaukee’s city leaders throughout the process," RNC Senior Advisor Richard Walters said in a statement. "A final decision will be made by Chairwoman McDaniel and the full RNC in the coming weeks."

Milwaukee was chosen by Democrats to host the 2020 convention, but the coronavirus pandemic forced that meeting to be held nearly entirely online. President Joe Biden accepted the nomination in Delaware, not Milwaukee.

But city leaders argued that their preparations for hosting that convention put them in the best position to welcome Republicans to town in 2024. They have called the city "turnkey" ready for the event.

Leaders in the Democratic stronghold of Milwaukee joined together with Republican power brokers, including former RNC Chairman Reince Priebus, to make the pitch for hosting the 2024 convention. Priebus, a former White House chief of staff under former President Donald Trump and Wisconsin state GOP chairman, leads the local committee for the convention.

Trump narrowly won Wisconsin in 2016, but lost to Biden by a nearly identical margin in 2020.

Wisconsin could determine who wins in 2024, while Tennessee has not backed a Democrat for president since 1996. In the convention contest, history would seem to favor Milwaukee. For two decades, Republicans have placed their nominating convention in swing states — North Carolina, Ohio and Florida.