The biggest win for Democrats came with Gov. Tony Evers beating back a challenge by Republican Tim Michels to win another term, tripling the margin of his 2018 win in a race that polls had shown for months to be about even. 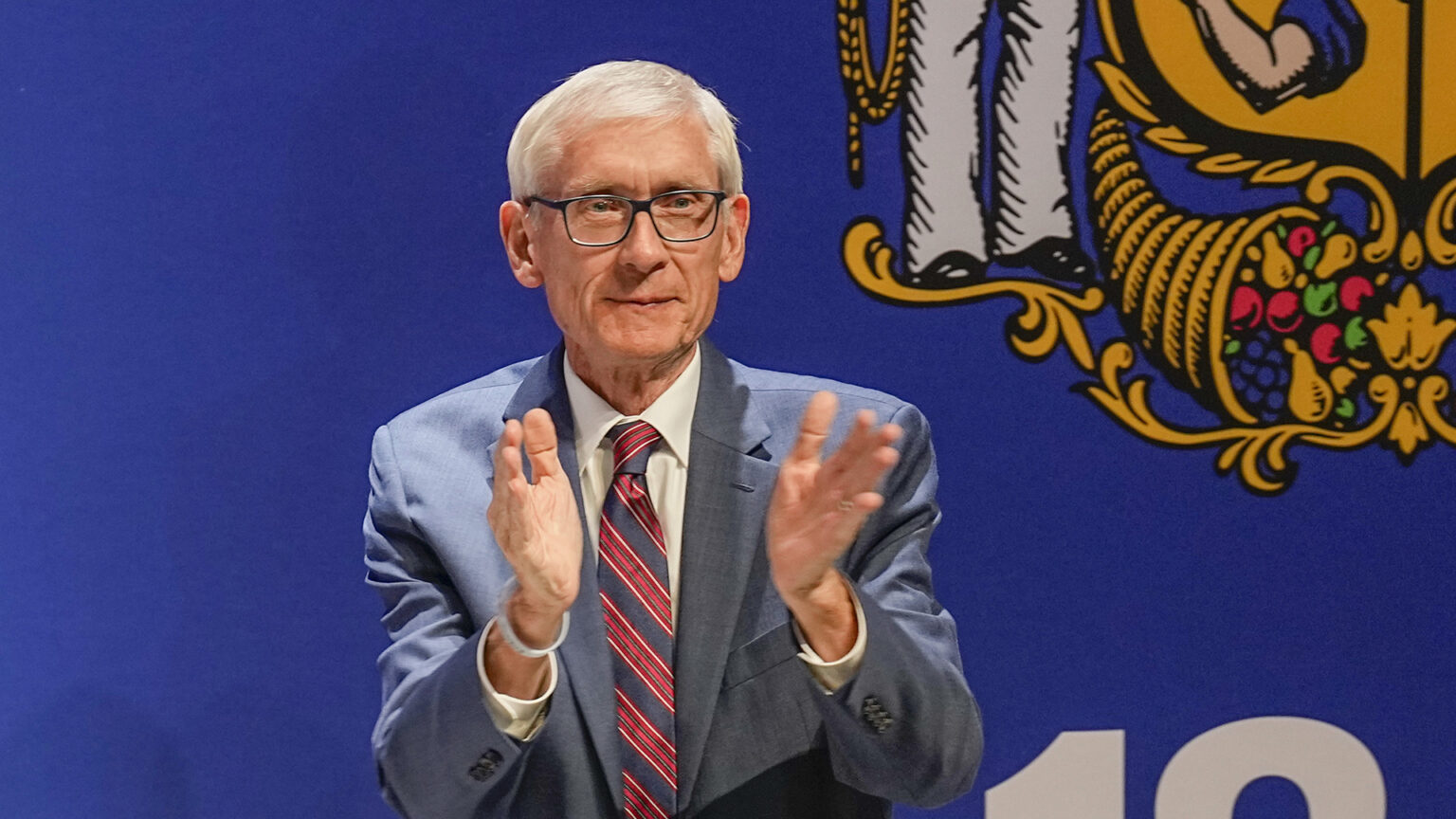 Wisconsin Gov. Tony Evers walks on stage early in the morning on Nov. 9 in Madison to make his acceptance speech after defeating businessman Tim Michels in the election for governor. (Credit: AP Photo / Andy Manis)

The biggest win for Democrats came with Gov. Tony Evers beating back a challenge by Republican Tim Michels to win another term, tripling the margin of his 2018 win in a race that polls had shown for months to be about even.

"I think there was some genuine surprise the red wave didn't show up in some races where they thought it would," said Republican strategist Brandon Scholz. "There was a surprise that things tightened up because everyone got caught up in that wind tunnel of 'We're going to win this, we're going to win that,' and it just didn't happen."

There were gains by Republicans, although none were unexpected.

Derrick Van Orden, a Republican, won an open congressional seat in western Wisconsin in a district that has been trending more conservative. And while Republicans picked up seats in the Legislature, they appeared to have fallen short of their goal of reaching veto-proof supermajorities.

He was already looking ahead to the next election on April 4, where a race for Wisconsin Supreme Court will determine whether conservative or liberal justices control the court ahead of the 2024 presidential race. President Joe Biden narrowly won Wisconsin in 2020 and former President Donald Trump carried it by a nearly identical margin in 2016.

"If Gov. Evers had fallen, or Republicans had gained supermajorities, the legitimacy and successful running of elections in a tipping point state would have faced mortal peril," Wikler said. "Instead, this is a state where Democrats can compete and win and it raises the stakes for April 4 and 2024 alike."

Scholz said the election results showed that Trump's hold on Wisconsin Republicans has waned. Trump endorsed Michels in the primary, but was absent in the general election.

"I'm not finding or hearing from a whole lot of people who want to hitch their political future to Donald Trump anymore," he said. "In terms of him leading the Republican Party, it's a stretch."

Democrats had prepared for much worse heading into the Nov. 8 midterm and were girding for the possibility of either losing the governor's race or seats in the Legislature to give Republicans veto override power, if not both. Instead, Evers won by a wider margin than he did in 2018, a win that Wikler said "defied the expectations of seasoned political pros and political scientists alike."

"Our margins are impressive given the midterm environment," said Democratic Assembly Minority Leader Greta Neubauer. She credited the issue of abortion rights, which polls have consistently shown a majority of voters supporting, as being a major factor.

"When 50% of the population loses a concrete right it motivates them to show up to the polls and make their voices heard," she said.

Even Johnson's 1-point win, just outside the margin that would allow for a recount, was far narrower than either of his two previous victories in 2010 and 2016 where he won by 5 points, and 3 points.

"I'm surprised in Wisconsin my race was this close, I am," Johnson said Wednesday on WISN-AM.

In other races, Democratic Attorney General Josh Kaul won his bid for a second term and longtime Secretary of State Doug La Follette held a slim lead over his Republican challenger Amy Loudenbeck. She had wanted the office, now devoid of any significant duties, to take on some election responsibilities. But with Evers' victory, the office is certain to remain as is, stuck in the Capitol basement with no power.

Urban parts of the state, particularly the liberal capital city of Madison, were even more Democratic in this election while rural areas went even more strongly for Republicans. But Michels did worse in suburban Milwaukee, home to the largest number of Republican voters, than former Gov. Scott Walker did in 2018 against Evers.

Michels won conservative Waukesha County by 29,000 fewer votes than Walker did in 2018, a margin that he couldn't make up in more rural parts of the state. On top of that, Evers won Dane County, home to Madison, by 23,000 more votes than in 2018.

"It is pretty clear, given our lack of success at the top of the ticket in the last two cycles, that the path for Republicans in the modern Republican era right now is pretty narrow statewide," said longtime Republican strategist Stephan Thompson, who ran Walker's 2014 reelection campaign. "You pretty much need an inside straight if you want to win statewide."