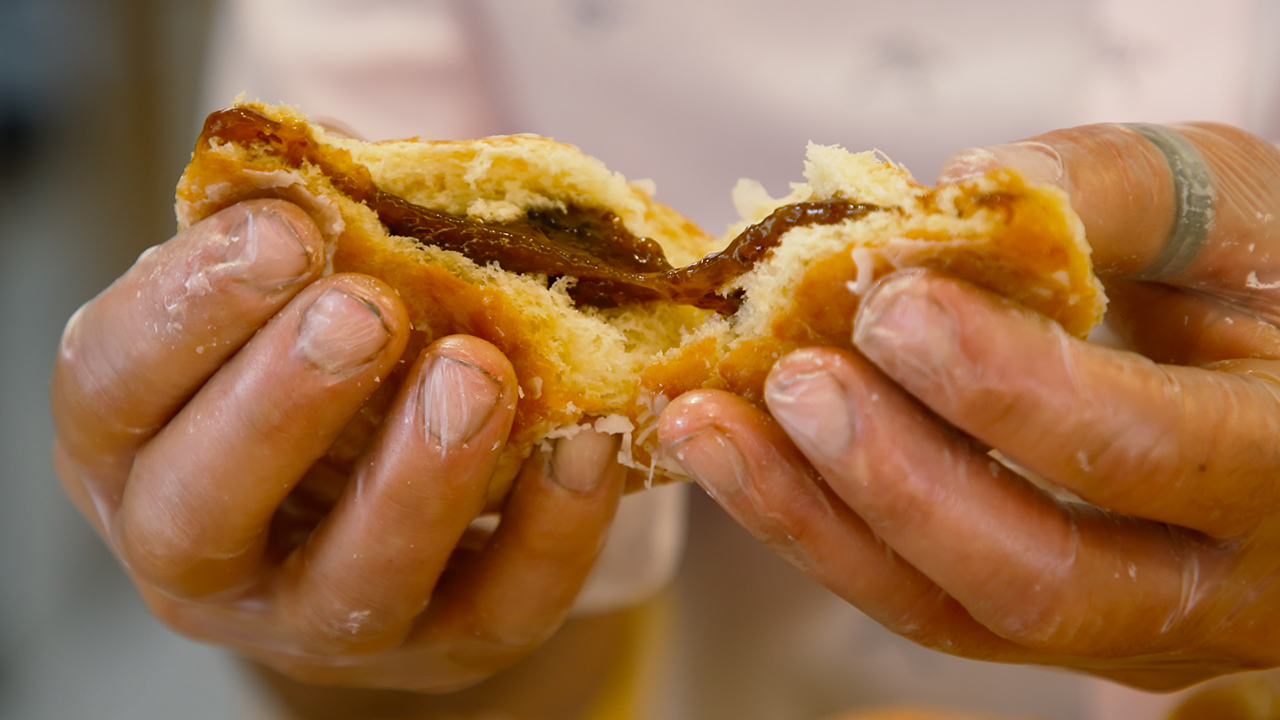 It’s the seemingly endless rows of soybeans in the summer sun of Walworth County that trigger an idea.

On the surface, it’s easy for the human brain to lose the ability to make distinctions between the individual plants when passing them on the highway. Our brains quickly make an association that all the plants in the field are soybeans and are thus a monoculture of biotic life. Modern agricultural practices make this assumption frighteningly accurate, but it’s important to remember that oftentimes, it’s not as one-dimensional as it seems. 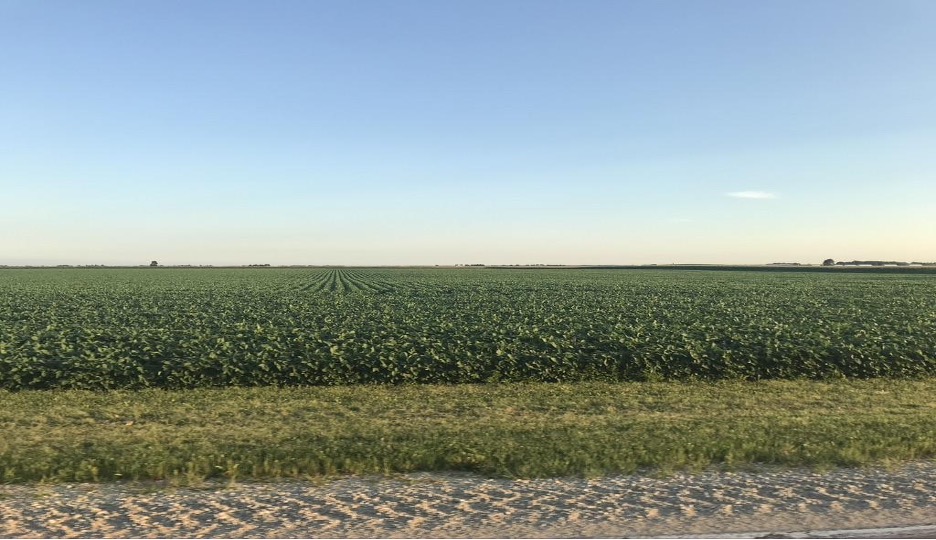 There are other storylines that exist.

Looking at the world with the same lens, I can understand how folks look at the culture of the upper Midwest as being single faceted. I can’t count the number of times I’ve had to defend the idea that there is certainly diversity here – you just have to look.

If our brains have become wired to see a vast field as completely uniform, then it’s no surprise that people looking from the outside see the people of Wisconsin in their most basic form. But what do we see when we take a closer look?

It’s no secret that people of European descent came to Wisconsin in droves during the early 19th and 20th centuries (and displaced the Native people in the process), and many of our cultural icons have been born from this influx. Cheese, beer, bratwurst and polka are all descendants of European culture. But upon closer inspection, there are still cultural warriors who are clinging to their roots, shirking the idea that we are all the same based on the surface-level first glance, like rows upon rows of living individual plants manicured in a field.

The Polish community in Milwaukee is one of vibrancy, tradition and faith. It’s also home to some of the most delicious pastry treats I’ve ever had the pleasure to sample. Pączki (pronounced “pawnch-key”) is a delightful member of the donut family that has its origins in Fat Tuesday gluttony. Traditionally, Polish families needed to use up their eggs, butter and lard before the fast of the lenten season, so these donuts were an easy and delicious way to get all of those tempting ingredients out of the house! 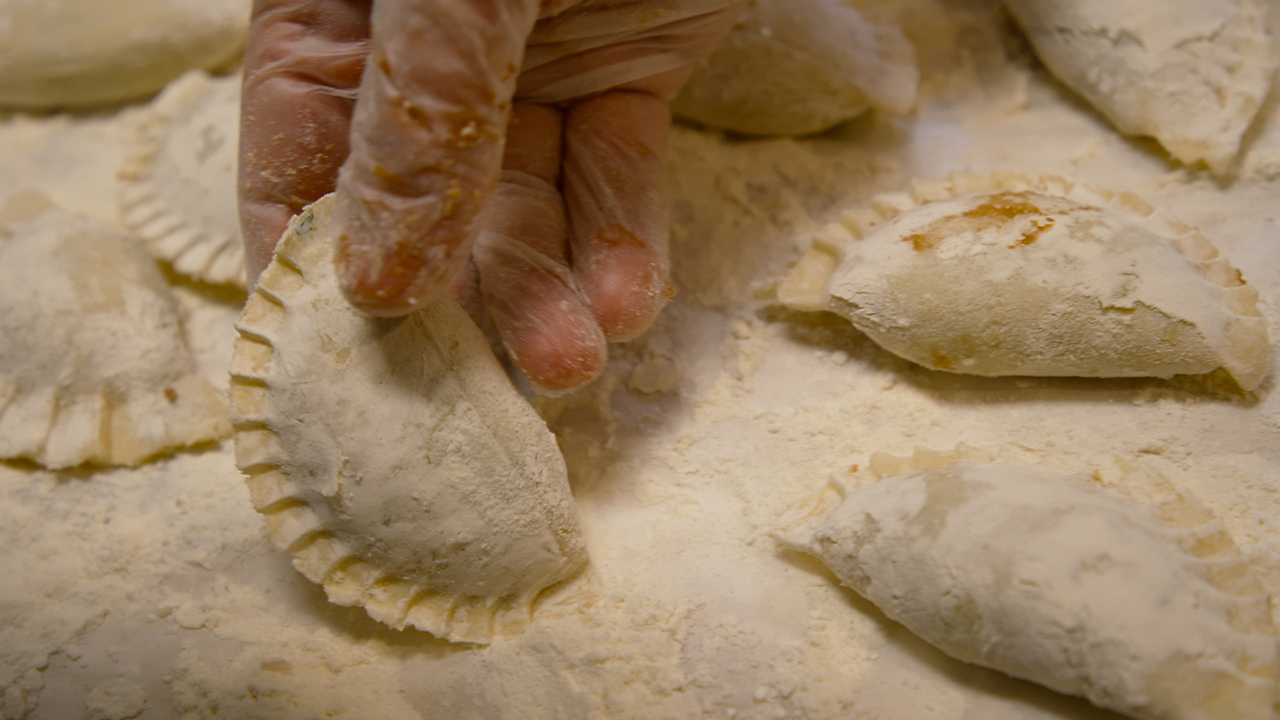 At the National Bakery we go behind the scenes to learn what makes the Pączki some of the most revered in all of Milwaukee. I even get to try my hand at rolling the dough, weighing it out, frying and glazing it, and even stuffing it with prune filling. Of course, I get to sample my work as well, and it’s even better than it sounds! The staff were so kind and gentle with me as I attempted to participate in the process, and it left me thinking – there have to be more strong examples of Polish culture in Wisconsin!

It seems like a summer with Wisconsin Foodie isn’t complete until we film at least once in Door County, and this past summer was no exception.

As a kid from the southwestern corner of the state, I hadn’t spent much time in Door County before hosting the show. I was excited to learn more about one of Wisconsin Foodie executive producer Arthur Ircink’s favorite stops in one of his favorite communities: the Prince of Pierogi, located in beautiful Ephraim.

Owner Christoph Delonge is a young man from Poland who worked his way to America and has created his version of the American dream: cooking food from his childhood to provide a life for himself. He speaks glowingly of his family’s cooking, and it’s reflected in the love and care he presents in every plate that’s served.

Polish food may not seem overly sexy at first glance, but after the first bite, you know why people flock to this tiny restaurant. There is love in every bite! The cabbage rolls, the pierogi — all of it definitely tasted like a healthy dose of love had been poured in. I love how Christoph’s restaurant is an expression of himself and his family. It definitely pushes back against the idea that Wisconsin is homogeneous.

I invite you to look between the lines around you – you’ll be surprised at what you see. In every community there are households, friends and neighbors celebrating their unique traditions and customs.

It’s the diversity of humanity that gives us our richness and paves the way for a more unified future. It’s truly our greatest strength!