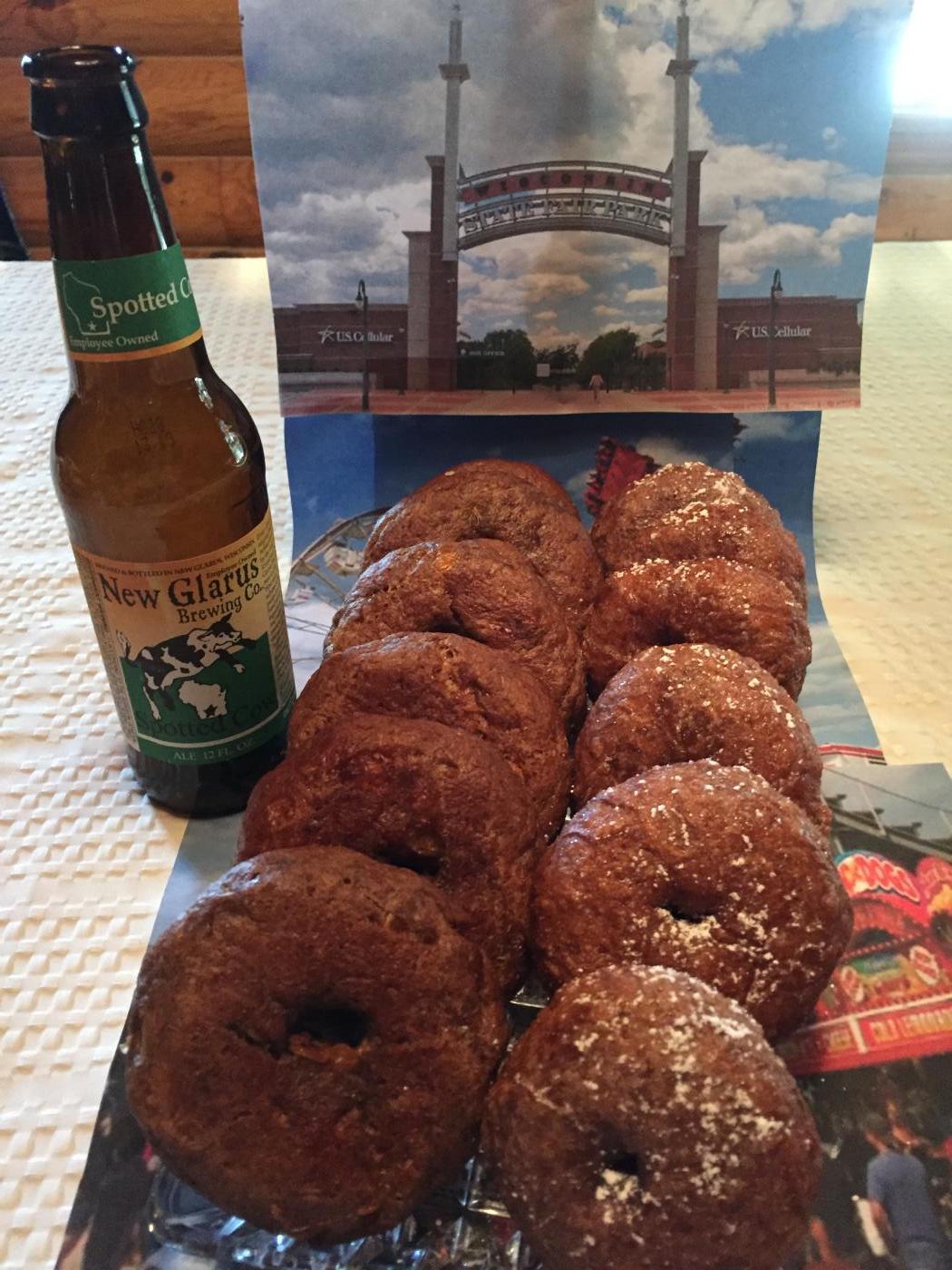 Last week was all about sweet, sweet cake! But this week’s episode got a little more savory as bakers were asked to rise to the occasion in the bread challenge and tackle Flatbread, an Eight-Strand Plaited Loaf AND 24 Bagels.

In the spirit of The Great British Baking Show,  The Great Wisconsin Baking Challenge asked our bakers to select just one of the three bread challenges. This week was a scorcher in Wisconsin, so we’d like to take a minute to recognize our hearty bakers’ determination. Thanks for turning your ovens on, despite the heat!

Before we get started: If you have not watched this episode yet, SPOILER ALERT!

And don’t forget to read to the bottom to find out who our six featured Wisconsin bakers are!
ROUND 1: FLATBREAD

The Great British Bake Off bakers were given a lot of wiggle room in this challenge. Naan, tortillas … the sky was the limit. But Mary Berry warned that this bread challenge would really separate pro bakers from the pack; not all bakers can tackle bread.

The Disaster: Peter’s flatbread was far too salty.

The Highlights: “Hot Rocks” Brendan came through with another gem: While some bakers were inexperienced with bread, he’s been working on a “breads of the world” project.  Brendan, you’re something else!

The Takeaway: Seasoning is key and bland bread is no good … but take it easy on the sodium!

Our Wisconsin bakers knew that local cheese would be a great Wisconsin twist for their flatbreads. (And we know Paul would approve of your cheesy bakes!)

For the Technical, the bakers had to all bake from the same surprise recipe: An eight-strand plaited loaf, or “the Rapunzel challenge.” The judges were looking for an even plait, a golden brown crust and a crispy texture. “A good baker should be able to do at least one plait,” said Paul.

The Disasters: Disasters were abundant during this challenge. Sarah-Jane’s plaits were all over the place. Manisha and Peter’s loaves were underdone. Cathryn’s bread was under-kneaded and underbaked. And Stuart’s doughy creation stuck to the pan.

The Highlight: John pulled through an extremely difficult challenge to land in first place.

The Takeaway: Plaits are no small task and involve more diagrams than you might think.

This week’s Technical was a bit scary, so we were amazed by how many of our bakers not only chose to try it but truly knocked it out of the park.

One common theme emerged: beer! Many of our bakers opted to use local beer as their Wisconsin twist this week. Let’s look at some of our beer-loving bakers:

And it may not have included beer, but we loved Laura from Madison’s Green and Gold Challah. It’s a literal Wisconsin twist!

This challenge required that the bakers test their poaching skills as well as their baking skills by making 24 bagels: 12 sweet and 12 savory. The bagels’ signature chewy texture can be hard to achieve; this challenge presented plenty of difficulties.

The Highlight: John miraculously accomplished a spin on sourdough. Paul took a longgg time to reach a verdict but admitted that he loved John’s creation. We even saw Paul smile!

The Disasters: Peter’s bagels were more like rolls, and they were overbaked to boot. Stuart’s were over-proofed.

We were especially impressed by how many bakers tackled sweet and savory. Here are some of the highlights:

Jill from Hollandale made bagels for the first time during this challenge, and she did not hold back. She crafted 12 savory and 12 sweet – check them out here. Nicole from Wausau made Cranberry Orange Bagels and Bacon Cheddar Bagels – inspired by Culver’s! Lenor from Muscoda made Cinnamon/Honey Bagels and Havarti Dill with Smoked Sea Salt Bagels. Ruth from Oshkosh crafted Door County Cherry and Three Cheese n’ Chive bagels. Deanna from Prairie du Sac created Carr Valley Asiago and Blueberry Honey Bagels. And Aileen, Grace and Gabriel from Madison opted for sesame bagels and apple cinnamon sugar bagels.

Ainsley and Cammy from Sun Prairie tackled two challenges this week and went all out on their Wisconsin presentation!

Star Baker: John! All that success did not go unnoticed.

Kicked Out of the Tent: Peter – and he was gutted by the verdict.

Vivyenne from Manitowoc
Vivyenne’s Ramped Up Garlic Herb Flatbread features pickled ramps that were sustainably foraged in the Manitowoc area; her Viking Flatbread is an ode to Wisconsin’s Norwegian settlers.

MJ from Racine
MJ, who grew up a few blocks from the Johnson Wax buildings in Racine, made Frank Lloyd Wright Loaves based on the architect’s design.

Annette & Vernette from Wisconsin
Annette will be submitting two entries each week: One for her, and one for her 94-year-old mother, Vernette. We love this mother-daughter duo’s story, and we think you will, too!

Kat from Brooklyn, NY
Kat in Brooklyn added a Wisconsin twist by sharing her loaf with coworkers. “Sharing food feels like family and home, and even though I live in NY, Wisconsin will always be my home.”

We hope you will join us for our Week 3 Challenge: Tarts! If you need inspiration before prepping your dough, you can watch this upcoming episode of The Great British Baking Show online now.