The Many Faces of D-Day - PBS Wisconsin
Skip to content 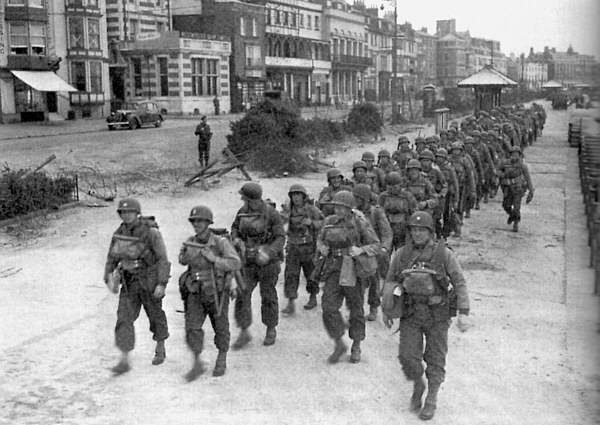 The Many Faces of D-Day

My grandfather was drafted to serve in World War II soon after his 18th birthday. After leaving his Michigan home to undergo training, he boarded a ship and spent the entirety of his deployment on the water, sending and receiving Morse code messages and relaying the most urgent memos to the ship’s captain. His stories are vibrant, to say the least.

Every veteran has a unique story to tell, and each of their stories can come alive when they’re given the chance to tell them. While it’s true that historians have a plethora of knowledge, nothing can compare to hearing history narrated by those who lived it.

If you share my appreciation of first-hand stories, tune into WPT 7 p.m. Wednesday, June 4 for Day of Days: June 6, 1944 to witness four D-Day veterans share their accounts of the Normandy landing. Watch the foursome converse at the Museum of World War II in Natick, Massachusetts, sharing stories from the initial amphibious invasion to the battle’s aftermath.

Expect to be both enlightened and inspired by this compendium of poignant interviews that commemorates the 70th anniversary of the biggest armada in history.

Then, immediately following at 8 p.m., dive a little deeper into D-Day with NOVA: D-Day’s Sunken Secrets. Hundreds of ships sank during the efforts to liberate Europe from the Nazis, creating an expansive underwater archeological site. With exclusive access to war historians, archeologists and specialist divers, NOVA immerses viewers in a first-of-its-kind look at the remains of D-Day.

Take a journey back to that momentous Day of Days by tuning in on June 4!