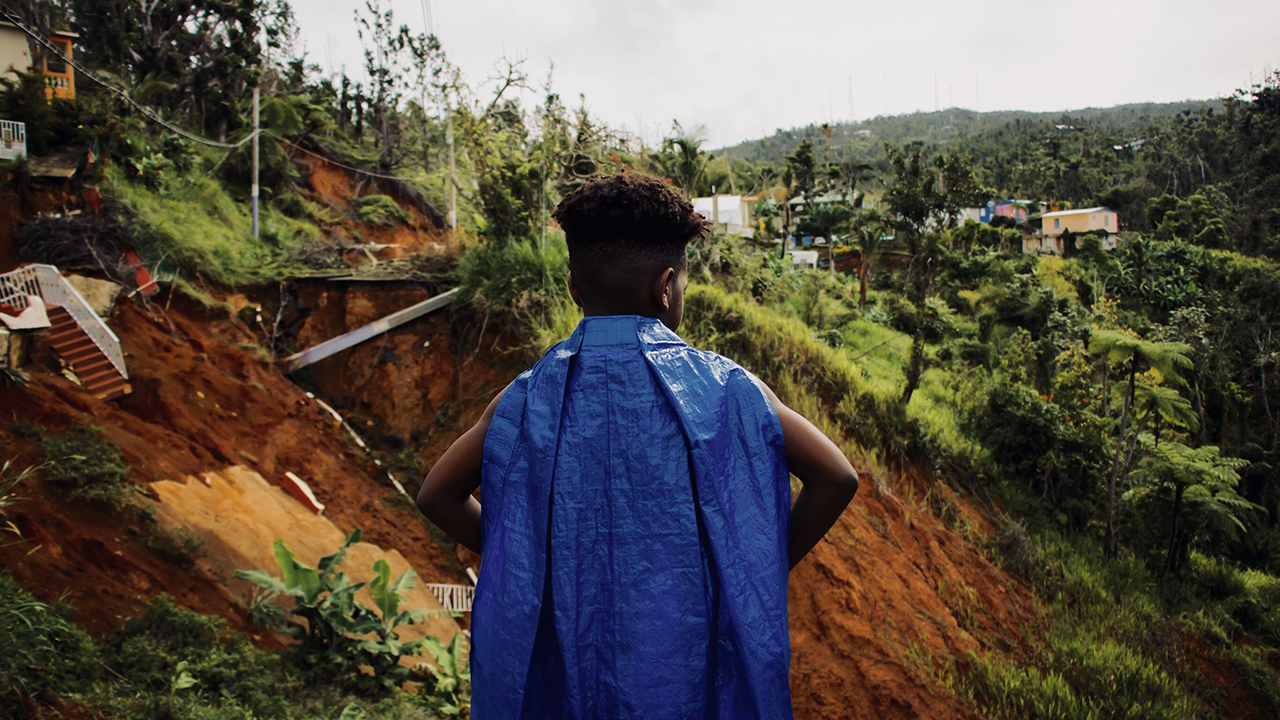 The Latino Experience, a new, three-part short film series exploring the identity and culture of Latinx communities in America and Puerto Rico, premieres 8 p.m. Tuesdays, July 6-20 on PBS Wisconsin and on the PBS App on your phone, tablet, Roku, Apple TV, other digital TV devices and many Smart TVs.

From dramas to documentaries, comedies to magical realism, The Latino Experience showcases an exciting lineup of creative talent, both in front of and behind the camera. Films included in the series were selected from entries received by PBS following a call for submissions in August 2020. Chosen by a panel of experienced filmmakers, the shorts received funding support as well as a national broadcast as part of the series.

Death and Deathability: A Period Piece introduces Ceci, who is mystified by the unexpected arrival of her first period, causing her to conclude she must be dying. She prepares a bucket list to accomplish on her final day, including her first real kiss and her own funeral, because death should be an art.

Folk Frontera is a magical-realist portrait of life in the borderlands. The film follows two fronteriza women as they struggle to find their place in the vast Chihuahuan Desert, a region home to a culture that is thousands of years old and bisected by the U.S.-Mexico border.

The Blue Cape is set in hurricane-ravaged Puerto Rico two months after Hurricane Maria hit the island. Ten-year-old Junior is summoned by his mother to search for the medicine his grandfather so desperately needs. To embark on his journey, Junior wraps himself in a cape made from the blue tarp that covers his roof.

Un Pequeño Corte reveals what happens when six-year-old Elizabeth cuts off one of her pigtails while at school and must face the consequences. Her strong-willed and super protective mother rushes Elizabeth to the beauty parlor, where she is the center of attention for all the wrong reasons. A first-generation Cuban American in Miami, Elizabeth seeks to find her own identity with the help of a new friend.

Body and Spirit in Times of Pandemic follows Edwin Siguenza, a Guatemalan immigrant truck driver and pastor of a Latino Evangelical church in Los Angeles. When the pandemic hits, Edwin has to navigate the risks of being an essential worker while attending to the needs of his congregation and the pressure to keep the church open.

Our Lady Lupe is the story of Chico, a 10-year-old boy who spends all his time playing video games. When his hard-working mother’s car breaks down, Chico embarks on a journey to fix it with the help of a mystical mechanic – and learns a lesson about tradition and family.

Pasos de Valor tells the story of Val, a pregnant MBA student whose due date and final exam are in conflict. Determined to create opportunity for her Mexican American family, Val takes the exam despite her professor’s refusal to make accommodations.

Mi Fango, Mi Cerro is a portrait of Chemi Rosado-Seijo, an artist who yearns to find utopia in Puerto Rico. After a long search, he believes he finds it in El Cerro, a rural, working-class community nestled in the mountains. For 10 years, he works with the community to paint houses across the hillside different shades of green.

The Daily War is the story of a veteran and her son who struggle to make ends meet. When a job opportunity presents itself, it ends up triggering her PTSD.

Cuban American Gothic is the comic and slightly surreal story of Maggie, who is living alone in New York City during the early 2020 pandemic. When her Cuban parents return from the dead to help, they remind her of their immigrant journey and that they have given her everything she needs to rise above the moment.

Noche Buena takes place on Christmas Eve as a dysfunctional Cuban family gathers around the dinner table. Caro struggles to get through the night as everyone grapples with political correctness, current events and the incessant battle between left and right. As resentment escalates into verbal and literal diarrhea, they uncover hard truths about themselves – all before the flan.