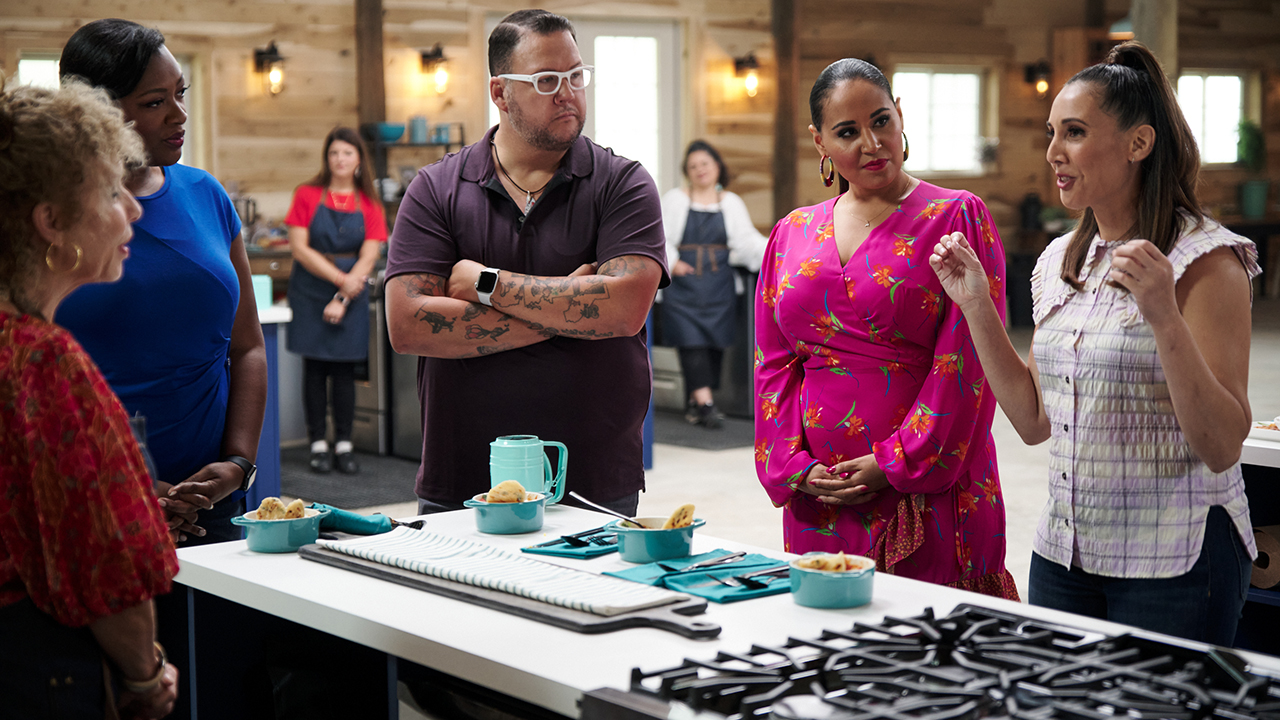 Ten talented home cooks will showcase their culinary expertise in The Great American Recipe, a new competition series that celebrates the multiculturalism that makes American food so vibrant and unique.

With a range of culinary styles infused by their backgrounds – from Syrian to Hungarian, Vietnamese to Mexican, Italian to Puerto Rican, Southern soul food to Filipino – the 10 contestants represent the delicious diversity of American home cooking.

Hosted by Alejandra Ramos, each episode of the series gives the cooks the opportunity to showcase two of their beloved signature dishes as they compete to win the national search for “The Great American Recipe.” Judges Leah Cohen, Tiffany Derry and Graham Elliot bring their professional insights and deep culinary knowledge to encourage and support the contestants along the way.

“I’m so thrilled to be hosting The Great American Recipe on PBS!” Ramos said. “As a Latina woman born and raised in New York and New Jersey, I have always understood American food to be an ever-evolving conversation between the flavors and recipes of our ancestors – wherever they may be from, the influence of our geography and neighbors, and the unique ideas and creativity each of us brings to the kitchen.”

From family favorites passed down through generations, to internationally influenced recipes that are quickly becoming mainstays of American cuisine, the series mixes camaraderie with competition, revealing rich personal stories and the inspiration behind the contestant’s favorite recipes.

Learn more about the judges, contestants and contest.