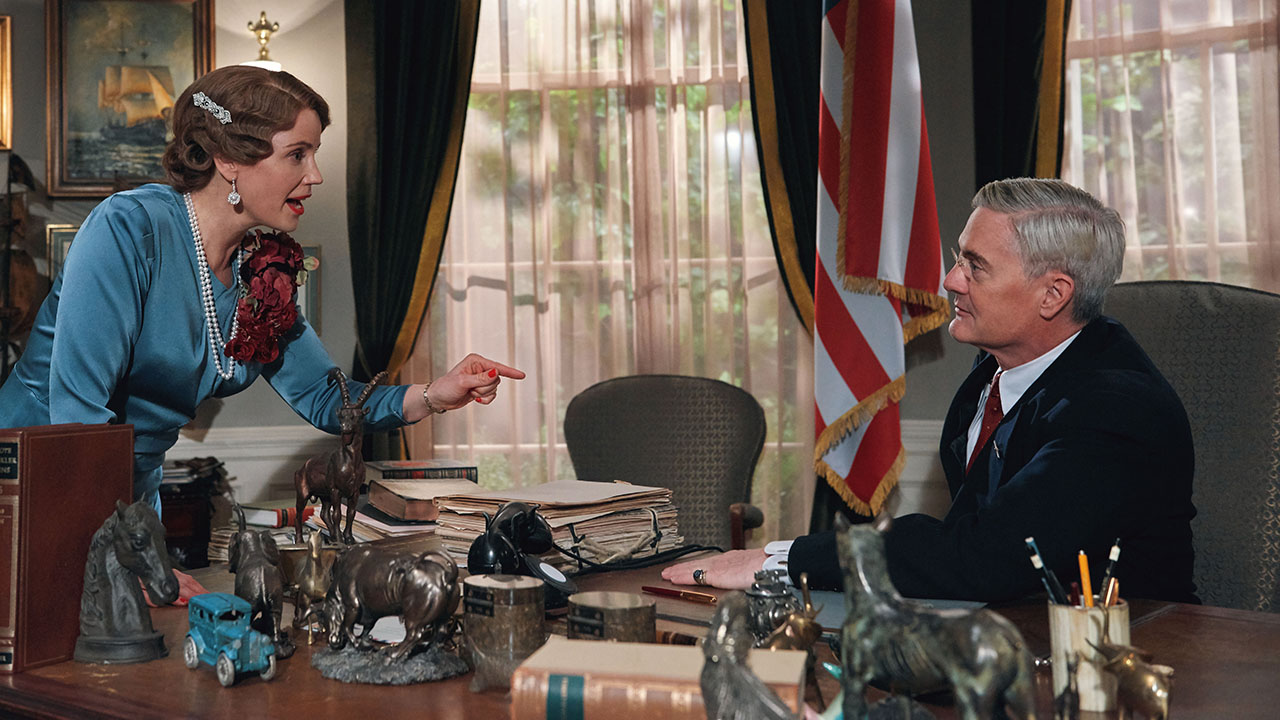 Tune in to PBS Wisconsin on Sunday nights beginning April 4 for a three-hour lineup of World War II programs. Two new series and a 2020 audience favorite will bring to the screen personal stories and historical re-enactments of the sacrifices and impacts of the deadliest conflict in human history.

Follow leading Hollywood actors as they re-trace the footsteps of their grandparents and learn how World War II changed the lives of their families – and the world.

A princess steals the heart of the president of the United States in an epic drama based on the World War II relationship of Franklin Roosevelt and Norwegian Crown Princess Martha. Kyle MacLachlan (Twin Peaks, Sex and the City) stars as Roosevelt, opposite Swedish star Sofia Helin (The Bridge) as the beautiful Martha, who flees the Nazis with her three young children and lives under Roosevelt’s protection.

World on Fire on Masterpiece

Helen Hunt and Sean Bean star in this historical drama that follows the intertwined lives of ordinary civilians from Britain, Poland, France and Germany during World War II. The series traces the fates of several families from 1939-1940, from the Nazi invasion of Poland to the fall of Paris and beyond. Each of the characters are from different backgrounds and countries, and play different roles in the war, but are ultimately united by their struggle to survive in difficult circumstances. PBS Wisconsin Passport members can stream the entire first season of World on Fire on Masterpiece here. Learn more about PBS Wisconsin Passport at pbswisconsin.org/passport.