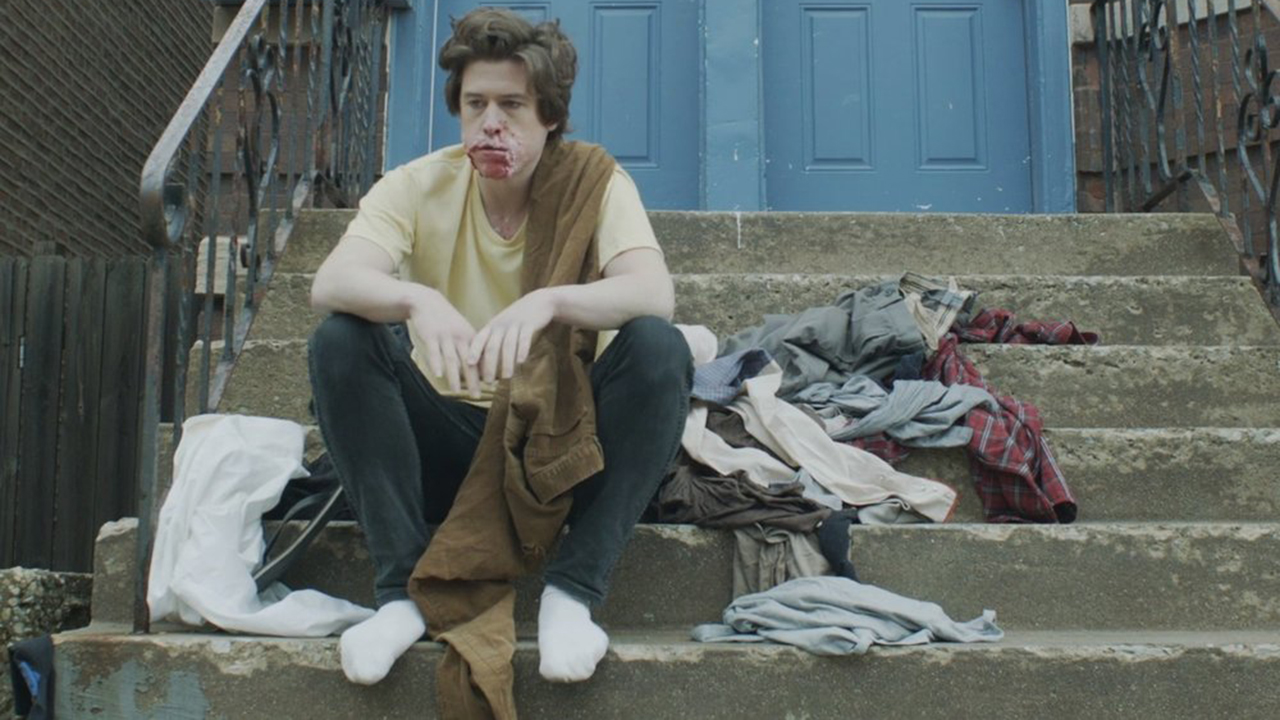 Love is in the air Friday, July 9 on Director’s Cut! Well, in a manner of speaking. Joining us in the studio is director Michael Glover Smith, who discusses his film, Rendezvous in Chicago. This film explores three distinct stages of relationships, which Smith breaks down into three phases: beginning, when things are exciting and new; middle, where there is a comfort level between lovers; and end, when things can really go south in front of the entire neighborhood!

Smith tells his story using three short vignettes to explore the various stages. In the first stage, we meet two grad students who meet in a bar, and after some initial verbal awkwardness, end up in a unique game of strip poker centered around the writings of Dostoevsky. Typical first date, am I right? Who’s with me? Is this mic on? It’s a fun piece with some awkward banter between two potential mates and has a nice button on the end of the scene.

The second stage centers around two men in a relationship. One of them tries to find the right time to pop the question as they have an in-depth conversation drawing comparisons between the way people start to resemble their pets. Phase two showcases the familiarity couples who are well invested in their co-habitative relationships enjoy.

The third stage is where the gloves come off, or should I say the belongings are tossed out the window — is that a phrase? It should be because it perfectly describes the phase of a relationship where two people are past a point of no return. The only way it can end is badly. This was my personal favorite vignette to watch as Julie, played by Nina Ganet, erupts after walking in on her boyfriend with another woman. She is a presence and has good command of this particular chapter of the film as she is alone for much of it. All three stories are shot with Chicago as the backdrop, which provides lovely scenery and provides good natural and at times romantic production value.

Smith hails from North Carolina, but has lived in Chicago for years and teaches film at Columbia College. His writing is rooted in his own experiences, although he had no comment on the strip poker scene when pressed for details. During our chat, he said that living in Chicago has made him fall more in love with movies, and he gives a great answer when I ask him to elaborate.

This is Smith’s third film about relationships. So by this time, he is well versed in film and the live theater of romantic couplings. When it comes to his writing, he starts with character as opposed to concept. As much as I love discussing a process with a director on the show, I am equally interested in finding out how other writers approach the screenwriting journey. Yes, every script is a trip! My only issue with Smith is that he included a word in the title of his film that I have to double check every time I type it!

So, spend a summer night with a film that might inspire you regardless of what stage your relationship is in! Grab some popcorn and cuddle up with your budding new love, your leading lady/fella, or the person whose heart you will eventually smash into a million pieces. Join me for some great indie film talk at 10 p.m. Friday, July 9 on Director’s Cut and stick around for Rendezvous in Chicago at 10:30 p.m. on PBS Wisconsin, your home for independent film!