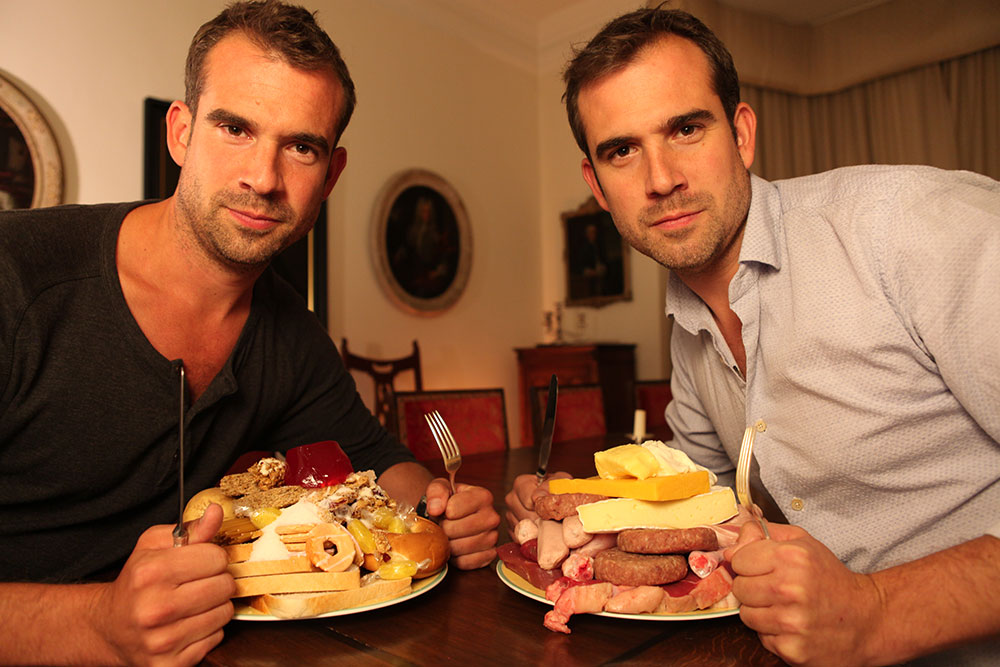 Pick Your Poison: "Sugar vs. Fat" Pits Bacon Against Bread

As a kid, I always wondered what it would be like to have an identical twin. Would we switch places to trick our friends? Would we become famous actresses, maybe even starring in Full House? One scenario I never considered, however, is what twin doctors (twin doctors … what are the odds?) Xand and Chris Van Tulleken decided to do with their genetic similarities.

In the twins’ documentary Sugar vs. Fat, premiering 7 p.m. Wednesday, May 6 on Wisconsin Public Television, the pair go on separate diets for four weeks, with Xand only eating foods with a high sugar content like breads, pasta, rice, potatoes, sweets and fizzy drinks, and Chris only eating high-fat foods, consuming as much butter, cheese, meat, burgers, cream and mayonnaise as he desires.

Throughout their dietary duel, they test how their minds and bodies cope with high-sugar and high-fat meals. By the end of their experiment, the twins are less healthy than when they began, but their health suffers in very different ways. The end result proves that while both sugar and fat are damaging, the combination of the two could be the most threatening of all.

While the fact that sugar and fat aren’t particularly good for us might be unsurprising, the documentary offers a unique look at how certain food groups affect our bodies. The twins are extremely entertaining throughout, offering a much-needed dose of humor to lighten up the otherwise serious topic.

And for the record, if I had the opportunity to eat one of these dietary menaces in excess without the harmful consequences, I’d be team sugar all the way.